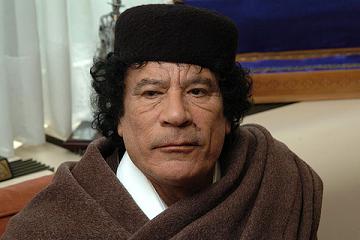 No matter where he lodges when he visits New York to speak at the United Nations in September, Libya’s leader Muammar el-Qaddafi isn’t likely to receive a warm welcome, particularly after the jubilant homecoming his government orchestrated for the freed Lockerbie airline bomber last week.

But el-Qaddafi isn’t planning to join other world leaders at swanky, upscale hotels like the Waldorf Astoria.

Instead, he has made a request to pitch a tent in Central Park.

City officials were reported to have rejected el-Qaddafi’s request this afternoon.

He won’t be left without a bed, though: the Libyan mission to the United Nations is said to own a spacious mansion in nearby Englewood, New Jersey, where el-Qaddafi will be hosted.

Looking for some unusual lodgings yourself? Check out “The World’s 10 Weirdest Hotels.”