Top Countries
Top CitiesView All Destinations
Trending Countries
Trending Cities
Load More
Tomorrow, Iranians will go to the polls to vote for president. Though no woman is running, the outcome will reflect the extent to which women are redefining politics and public space in Iran and throughout the region. 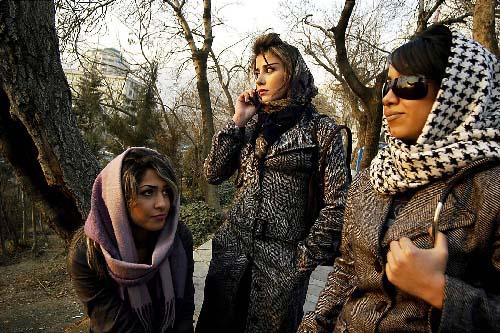 The future of incumbent candidate Mahmoud Ahmadinejad is at stake in tomorrow’s election. Ahmadinejad, often described as a hard-line traditionalist, is being challenged for the country’s top political seat by former prime minister, Mir Hossein Mousavi.

The two candidates couldn’t be more different, but that’s not the main issue galvanizing many Iranian voters and outside observers.

Instead, it’s Mousavi’s wife, Zahra Rahnavard, a former university chancellor, who has captivated the country’s attention as the final hours of campaigning approach.

“Since the revolution in 1979 no other political spouse has been so much in the public eye. Rahnavard is even featured in her husband’s election posters: she stands next to him, holding his hand. In Iran’s strict Muslim society this alone is nothing short of spectacular. She wears her black chador loosely and instead of a plain scarf, hers is printed with a colorful floral pattern….

For weeks Rahnavard has been travelling around Iran — with and without her husband — trying to drum up support for the conservative reformer. She talks about providing women with more rights before family courts, better education opportunities and more jobs. That is not only appealing to the female half of the estimated 46 million eligible voters — many of their fathers, brothers and husbands also think this the right way forward.

While Rahnavard is certainly the most visible example of women increasingly defining and claiming a space for themselves in Iranian politics and social life, she’s not the only one. Throughout Iran and neighboring countries, women are openly addressing larger audiences, talking about traditionally taboo topics and asserting their right to define their own roles in society.

For another example of the ways women are articulating and exercising their rights, check out this excerpt from the PBS Wide Angle documentary, “Dishing Democracy,” which features popular TV hosts Fawzia Salama, Rania Barghout, Muna AbuSulayman, and Farah Besiso talking about their Cairo-based program, “Kalam Nawaem.”

Interested in politics outside the West? Be sure to read Sarah Stuteville’s dispatch from Pakistan, “Pakistani Politics: Why Women’s Voices Matter.”

Tagged
Activism Miscellaneous
What did you think of this story?
Meh
Good
Awesome

12 funniest Philadelphian expressions (and how to use them) 6 ways customers gravely insult bartenders 12 habits that are hard to shake when you leave Philadelphia 5 of the best under-the-radar neighborhoods in Tokyo How to escape Buenos Aires for the day to Tigre, where Porteños go to relax