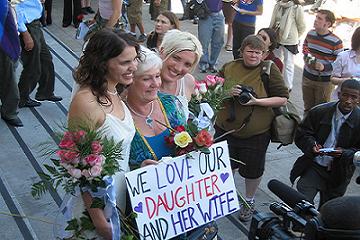 In a decision passed down this morning, Iowa’s Supreme Court ruled that the definition of marriage should not apply solely to the union of a man and a woman, but could also apply to same-sex couples.

The ruling gives the green-light for gay and lesbian couples to tie the knot as early as April 24.

And the right to marry doesn’t just extend to Iowans: because the state has no residency clause regarding marriage on the books, couples from out of state can come to Iowa to marry legally.

Might Iowa see a sudden surge in its number of annual visitors? Though it’s not exactly known as a tourism magnet, the state may just see its tourism industry boom this year.

If you’re in a same-sex partnership and thinking about marriage, but Iowa doesn’t appeal to you, check out “The World’s Best Spots for a Same-Sex Wedding.”