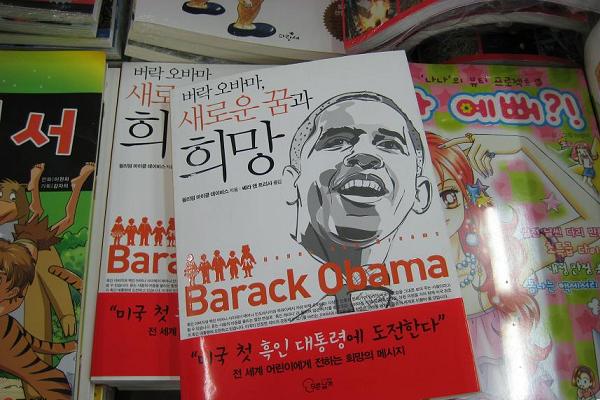 And what will we do about all the translated editions? Photo: ~Mers

In a story that seems straight from Chuck Shepherd’s News of the Weird, that venerable mainstream media giant, Associated Press, is reporting that President Obama’s books, Dreams of My Father and The Audacity of Hope, have been banned.

The ban was issued by officials at a US federal supermax prison in Colorado and applies specifically to inmate Ahmed Omar Abu Ali, who requested President Obama’s books to help him while away some time during his 30 year sentence. He was convicted for joining al-Qaeda and plotting to assassinate former President George W. Bush.

Prison officials reported they were advised by the FBI not to grant Mr. Ali’s request, citing the claim that providing Mr. Ali with President Obama’s books would constitute a threat to national security.

Meanwhile, anyone with a library card can check out and read either book without potentially threatening the country?

What will the FBI recommend next?

It’s common practice to redact news and approve (or deny) prisoners’ reading requests, but this one seems a bit extreme.

What do you think?