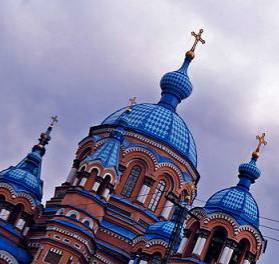 Over at Vagablogging, Aaron Hotfelder has some inspiring words about the power of pre-trip research:

“There’s so much misinformation out there about the “rest of the world”– be it India, the Middle East, Africa, Central America, you name it,” he writes.

“I found Russia uninteresting because I didn’t know anything about it. After learning even a little of its history and culture, it was like new doors suddenly opened.”

So go ahead. Invest some time in making the world a bigger, more varied, more dynamic place. Look at that map on your wall, and find somewhere you’ve never been and never wanted to go– Uruguay, Tajikistan, El Salvador, wherever. Dig up some pictures of the country, read an article or two about it, see if they have any English-language newspapers. After thirty minutes, I admit, you still might not want to go there– but it probably won’t be because the place is uninteresting.