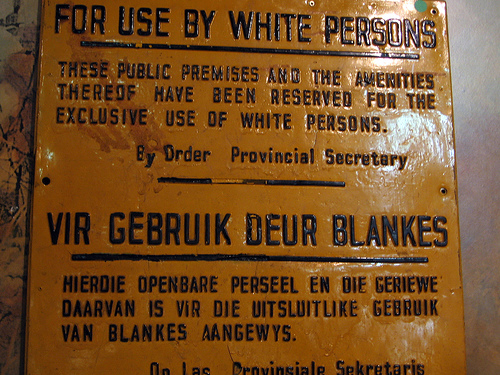 Helen Suzman, the lone anti-apartheid voice in the South African parliament for more than a decade, died today. She was 91.

Suzman served as a South African MP from 1953 to 1989, and was a vocal critic of the state’s policy of apartheid — or strict, institutionalized racial segregation and discrimination — long before the global community, and other whites in South Africa, began to turn against the system.

She is probably best known outside South Africa for her visits to Robben Island, when Nelson Mandela and large numbers of other political prisoners were held there.

Mandela wrote in his autobiography, Long Walk To Freedom:

It was an odd and wonderful sight to see this courageous woman peering into our cells and strolling around our courtyard. She was the first and only woman ever to grace our cells.

Archbishop Desmond Tutu called Suzman “indomitable”, and a “powerhouse in the struggle against apartheid”.