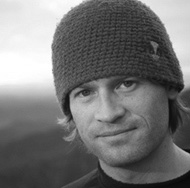 Sad news today. One of our heroes, Shane McConkey, died in a ski-BASE jumping accident in the Italian Dolomites.

He had been working on a new line variation off the Val Scura couloir on Sassongher with JT Holmes and a film crew from Matchstick Productions. Initial reports indicate an equipment malfunction prevented him from deploying his pilot chute.

Shane McConkey was a freeskiing legend and pioneer of ski-BASE jumping. By utilizing BASE- jumping techniques and equipment he was able to access lines that previously existed only in people’s imagination.

Shane’s last blog, describing yesterday’s ski BASE-jump, ends with the stoke of someone who lived doing what he loved. Here’s an excerpt:

Today was quite cool! We finally nailed that line variation off the Val Scura couloir on Sassongher. This was extremely satisfying getting to ski such a unique line. Conditions in the couloir were still very hard and icy in places so the skiing was slow and careful. Traversing/hiking the ramp out of the couloir did not present much of a problem and it was a very cool feeling knowing what we were heading out to.

We called the MSP film crew on the radio and they fired up the heli and it as time to charge off this sucker! I went first and punched it hard into a big ol front flip with as much speed as I was comfortable taking in those conditions. Everything went great and I had an on heading opening. I flew down completely stoked and landed high up on the hillside so I could watch JT from a good angle. No more than 30 seconds after I landed I see JT flying off the cliff with a lot of speed. He yanked his skis off right away and began to fly immediately. It was a perfectly executed wingsuit ski base. Skis off quick and stable and into forward flight with no potato chipping or instability. I was jealous. Today was a good day!

In 2007 I interviewed Shane’s friend Tal Fletcher for an article about the pioneers of sky sports. I’d sent Tal a draft of the article and he laughed when he read how I’d described Shane McConkey as a “freeskiing legend.”

“Shane would laugh if he read that,” Tal said. “He never thinks of himself that way.”

Shane McConkey, is survived by his wife, Sherry, and their 3½-year-old daughter, Ayla. Our thoughts go out to them and friends around the world.

Mural of Kobe and Gianna Bryant appears on LA wall