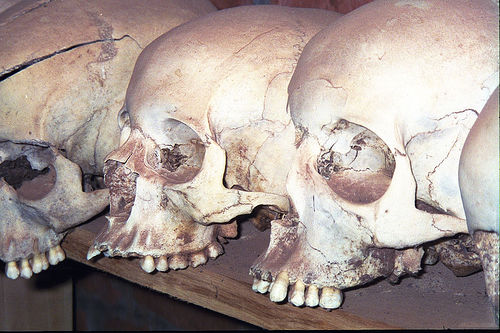 More than 18 years later, three of the leaders behind the Rwandan genocide have been convicted of genocide, war crimes and crimes against humanity, and sentenced to life in prison.

Theoneste Bagosora, a one-time senior figure in the Rwandan government, and Anatole Nsegiyumva and Alloys Ntabakuze — both former Rwandan military commanders — were found guilty by the UN’s international criminal tribunal of planning the genocide and organizing the Interahamwe militia which carried it out, killing nearly 1 million Tutsis and moderate Hutus in 1994.

The current Rwandan government has expressed its satisfaction with the verdict, the BBC reports.

“The court ruled that Bagosora had the authority over the killers,” a government representative said. “It is the most important thing… There can never be genocide without planning.”

It’s an important step, and a long time coming. But it’s also worth remembering that many of the militia leaders themselves remain on the loose. The Interahamwe is still active in the Congo, where they continue to clash with Tutsi militias and the Rwandan government, helping to de-stabilize all of Central Africa in the process.

Sadly, this ugly story isn’t over yet.