A giant monument built in 1944 in Sofia, the capital of Bulgaria, to commemorate the 10th anniversary of the Soviet ‘liberation’, received an unusual and colorful makeover by an anonymous artist who calls himself ‘Banksy of Bulgaria’.

The Red Army soldiers were all painted into American superheroes and popular culture characters like Superman, the Joker, Captain America, Santa Claus and even Ronald McDonald.

Below the monument was also sprayed “Moving with the times” in Bulgarian. 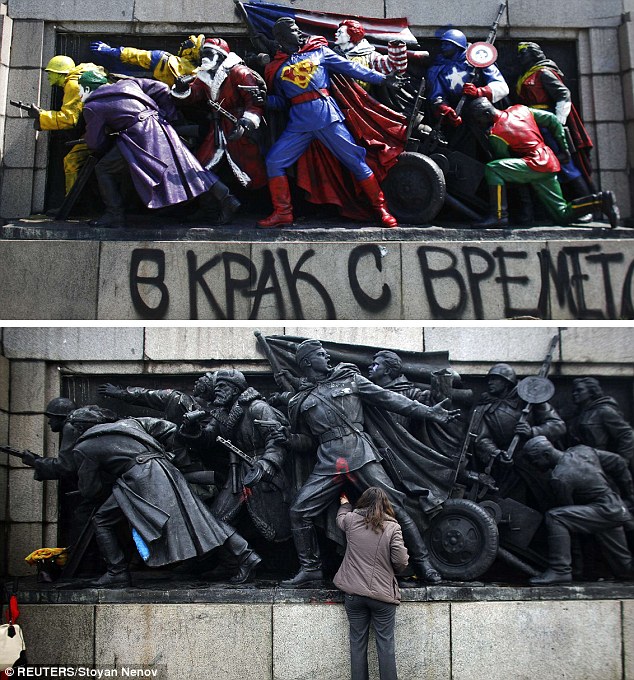 Considering the original monument doesn’t represent the values and ideology of the Bulgarian society anymore, I wonder: art or vandalism?