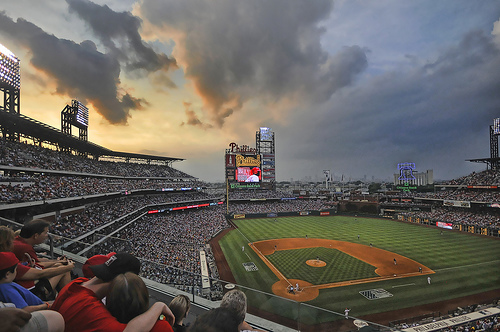 Sports events can be a great way to connect with local culture when you travel.

And now, they can be a great way to learn about recession politics, too.

Said one of the councilmen:

Perhaps a name change is in order, since it will be the taxpayers of the country who will foot the bill for not only part of stadium, but for the company itself,” Mr. Ignizio said. “The taxpayers are spending billions for this company to maintain its operations and deserve the recognition for their largess.

Seems fair to me. While we’re at it, why not change a few other names, too?

But then again, if every major financial corporation to get a piece of the bailout changed their named to Taxpayer, that’d get really confusing, wouldn’t it?