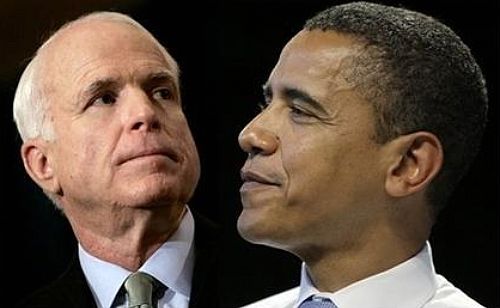 As we’ve noted before here on Pulse, the world is watching the ongoing American election campaign very closely.

And now, all of us interested outsiders get a chance to have our say!

The Economist has created a worldwide poll – the Global Electoral College – to see whether the citizens of other nations would choose Obama or McCain on November 4th.

From the mag’s publisher, Ben Edwards:

Votes are cast on a country-wide level. Each country is assigned a number of votes according to the size of its population (we call these “electoral-college votes” on the model of America’s actual electoral-college system).

Then all the countries’ votes are tallied, to determine each candidate’s worldwide total. You can see at a glance which countries are pro-Obama or pro-McCain, along with their respective vote percentages. The candidate with the most electoral-college votes will win the worldwide election.

Think of it like that model election project you did in high school, but on a global scale.

I’m gonna go ahead and predict that Obama will stomp McCain in Europe, for a start. But it should be interesting to see how other countries will land.

Who will Pakistan vote for? Canada? Vietnam??

Stay tuned to find out, and don’t forget to vote, too!