Add another entry to the list of reasons why I’m a recovering Catholic: 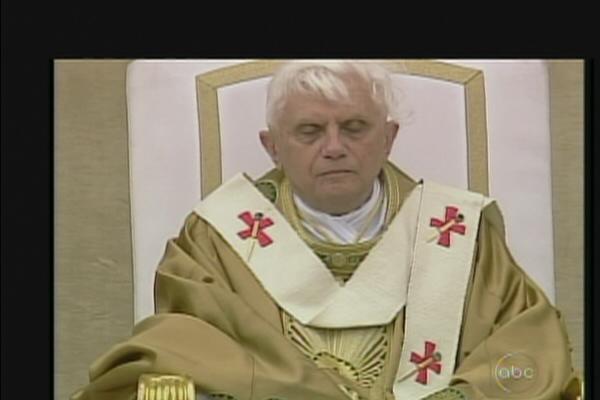 While visiting Africa this week, Pope Benedict XVI upheld the Church’s party line on sex, preaching that abstinence and sex within marriage are the only legitimate means of preventing HIV and moral decay.

In an ideal world, perhaps.

But the reality in Africa–and around the world–is that many folks aren’t abstaining from sex or confining their sexuality activity to marriage alone… and the Church’s policies fail to take the divide between the actual and the aspirational into account.

Pope Benedict XVI was, at least, faithful to his own prior remarks. According to the BBC, the pope had the following to say to African bishops in 2005:

“It is of great concern that the fabric of African life, its very source of hope and stability, is threatened by divorce, abortion, prostitution, human trafficking and a contraception mentality.”

Too bad the Church chooses to hang onto outdated ideologies rather than use the Pope’s travels to learn more about communities and their needs… and then craft actionable strategies to help.