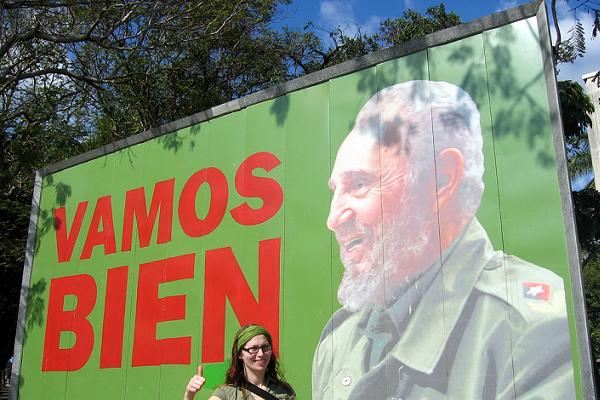 Amazon isn’t selling it, but if you head to the island yourself, this would be one hell of a souvenir.

There are lots of jokes about Fidel Castro. Most make some reference to his propensity for making lengthy speeches.

Throughout his 48 years in power, Castro became renowned for his ability to orate for hours and hours on end. Though you’d probably be tired if you were a Cuban standing in the audience, you could certainly say you witnessed history in the making: some of his speeches, such as “History Will Absolve Me” (given in 1953 before he took power), are widely anthologized in history books around the world.

The dictionary defines words based on references from Castro’s speeches.

Castro, who turns 83 today, is reported to be in ill health.

If you happen to head down to Havana, be sure to snag your own copy of the dictionary. It’ll be one hell of a souvenir.

In the meantime, check out Castro’s oratory style in this video:

This Italian village is offering visitors free accommodation this summer Portugal will not be welcoming US travelers after all NASA releases epic 10-year timelapse of the sun This new tourist train will take you through the most beautiful parts of England Canadian Mounted Police fined seven US visitors $1,200 for hiking in Banff