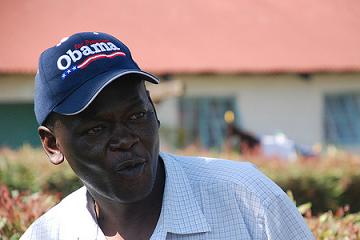 Now that the euphoria of the US election is dissipating, Americans and friends from around the world start to ask the question, “What next?” and “What can WE do to help realize the vision President-Elect Barack Obama has articulated?”

One of the answers is: Continue to look for ways to connect with one another.

Laura Bernhein, blogger over at the fantastic Spanish language blog Familia Natural, tipped me off to a worldwide effort being led by the organization, AVAAZ. AVAAZ, which means “voice” in many languages, describes itself as

…a new global web movement with a simple democratic mission: to close the gap between the world we have, and the world most people everywhere want.

AVAAZ’s current project is to gain 1 million electronic signatures of people around the world to send a message of congratulations and encouragement to President-Elect Obama. The messages will be displayed on a massive wall in the heart of Washington, D.C., representing the unification of diverse voices from around the world.

To add your message to the global guestbook, visit AVAAZ’s website.