Iceland can feel otherworldly. It’s also incredibly easy and cheap to get there these days — Iceland Air usually has deals for anyone flying from North America to Europe (or vice versa).

Here are some of the things to look forward to. 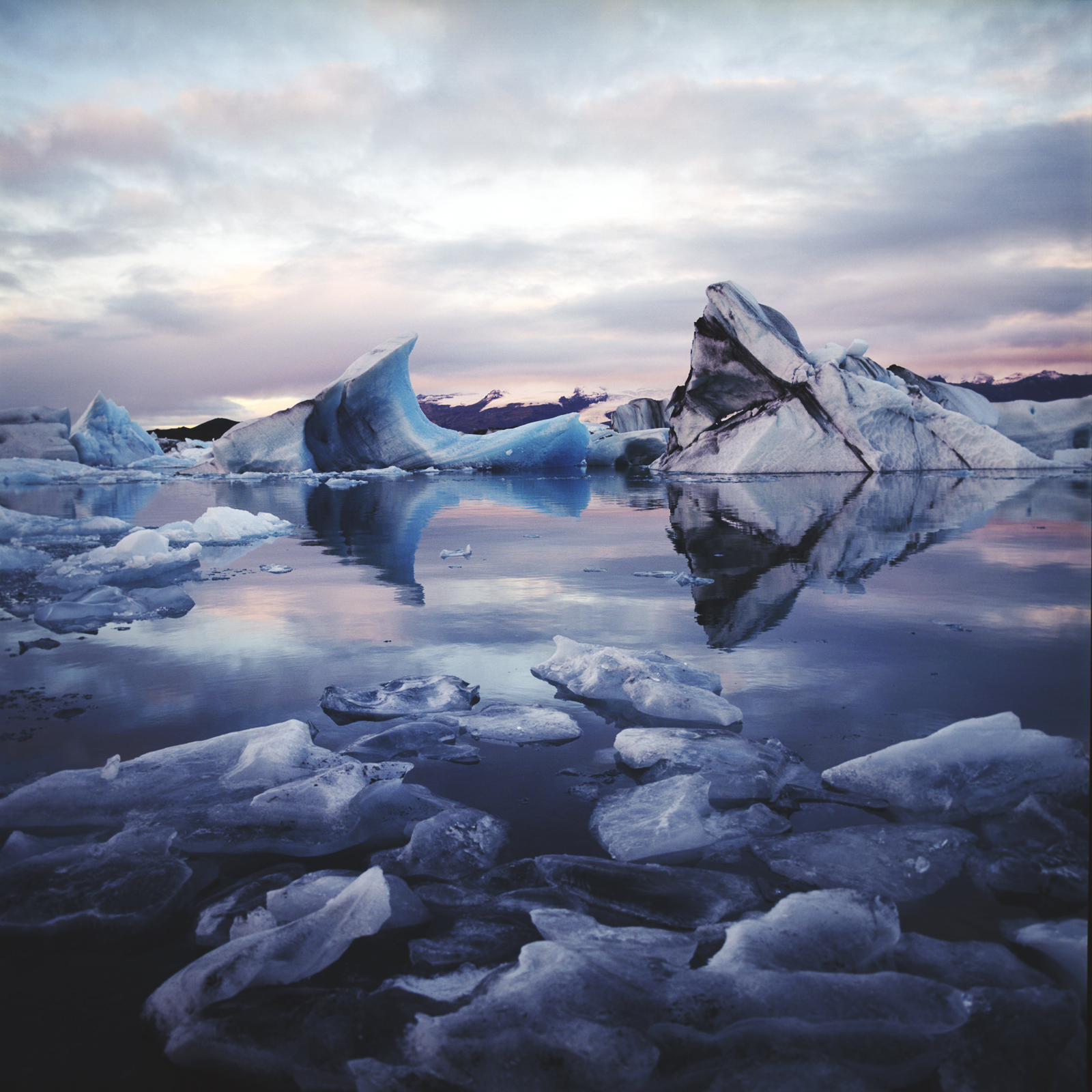 Most glaciers are pretty easy to access and you can even go in the caves or go glacier hiking. 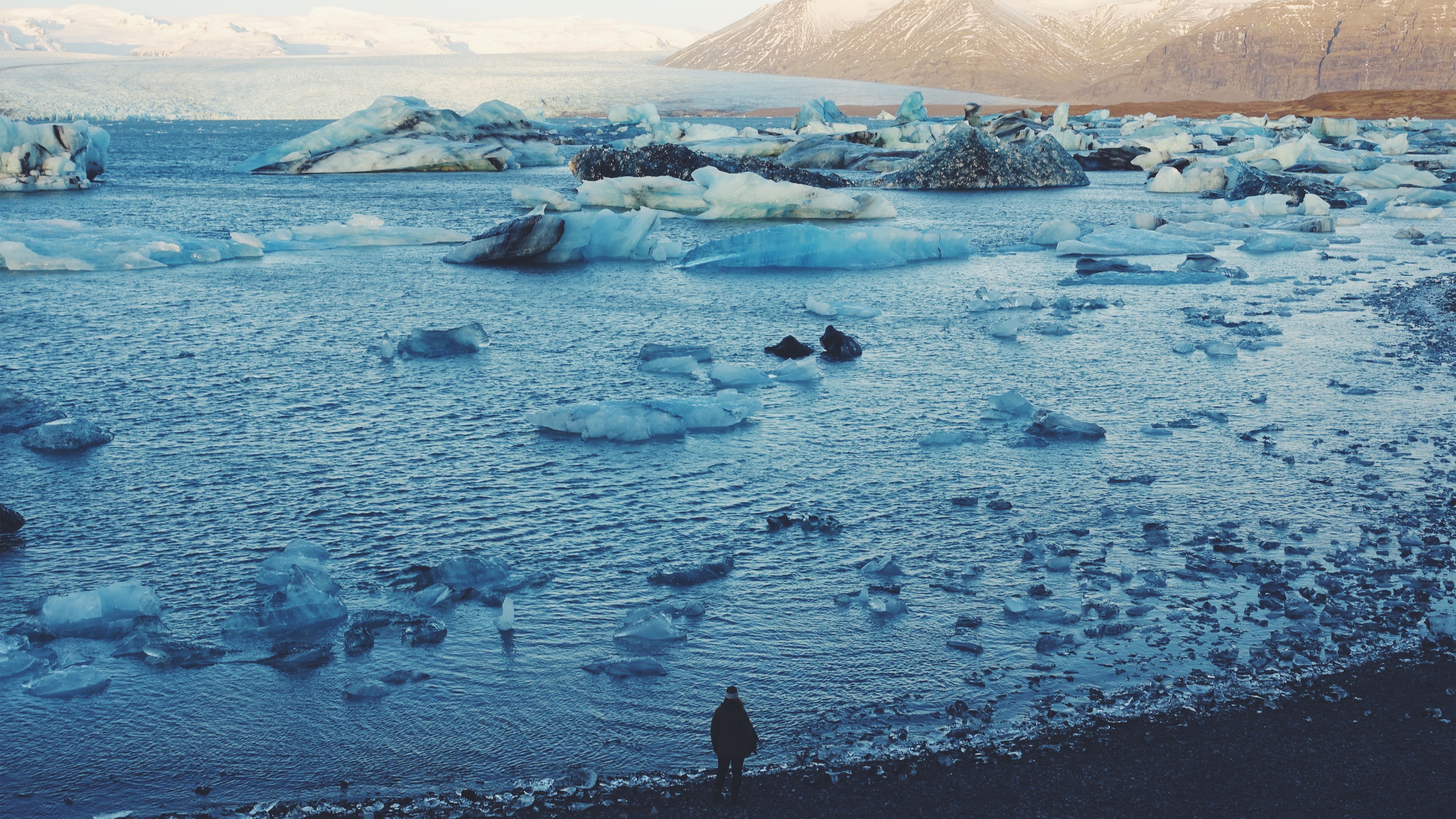 The Crystal Cave of Skaftafell The Crystal Cave emerged as a result of its glacier meeting the Icelandic coastline. Access is via a 22-foot entrance at the water’s edge. You can hear snapping sounds within the cave as it moves along with the Vatnajvkull glacier. 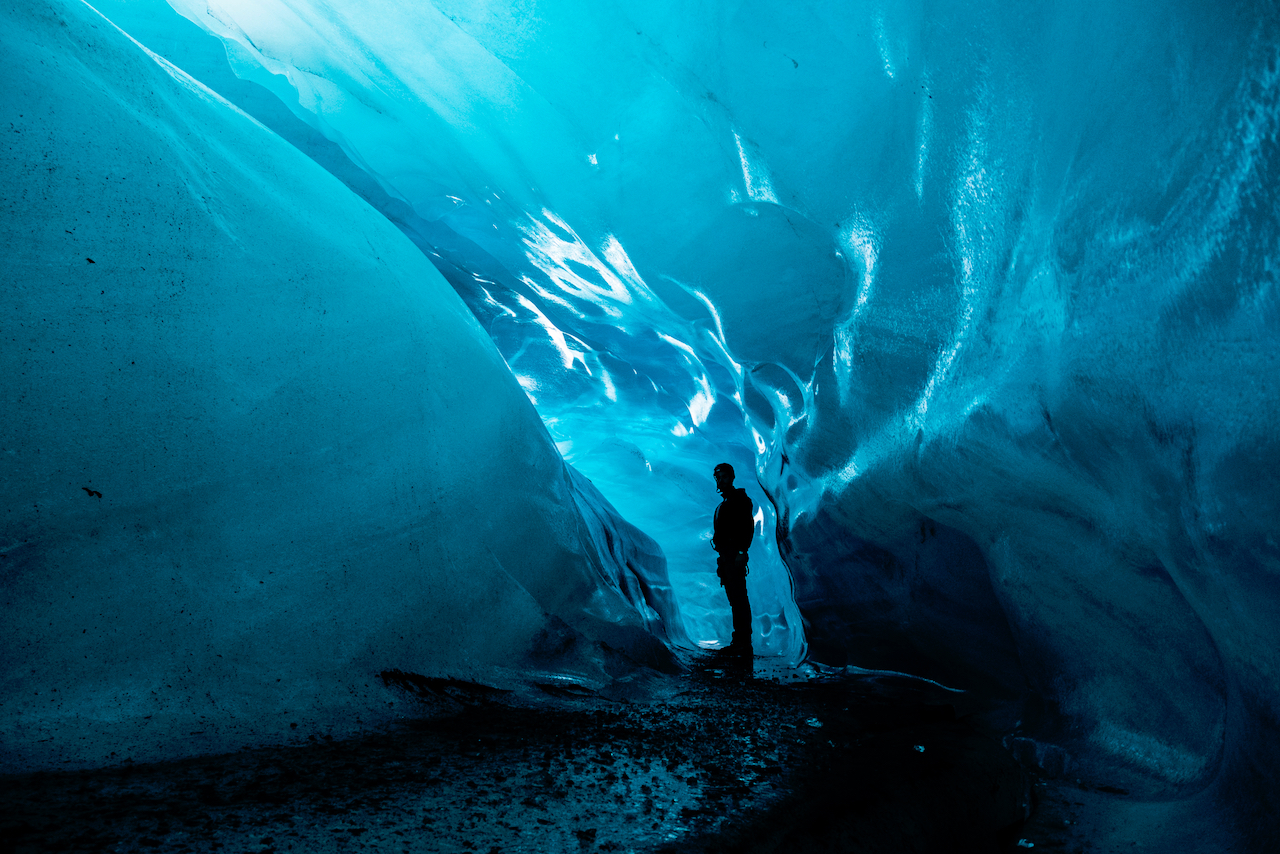 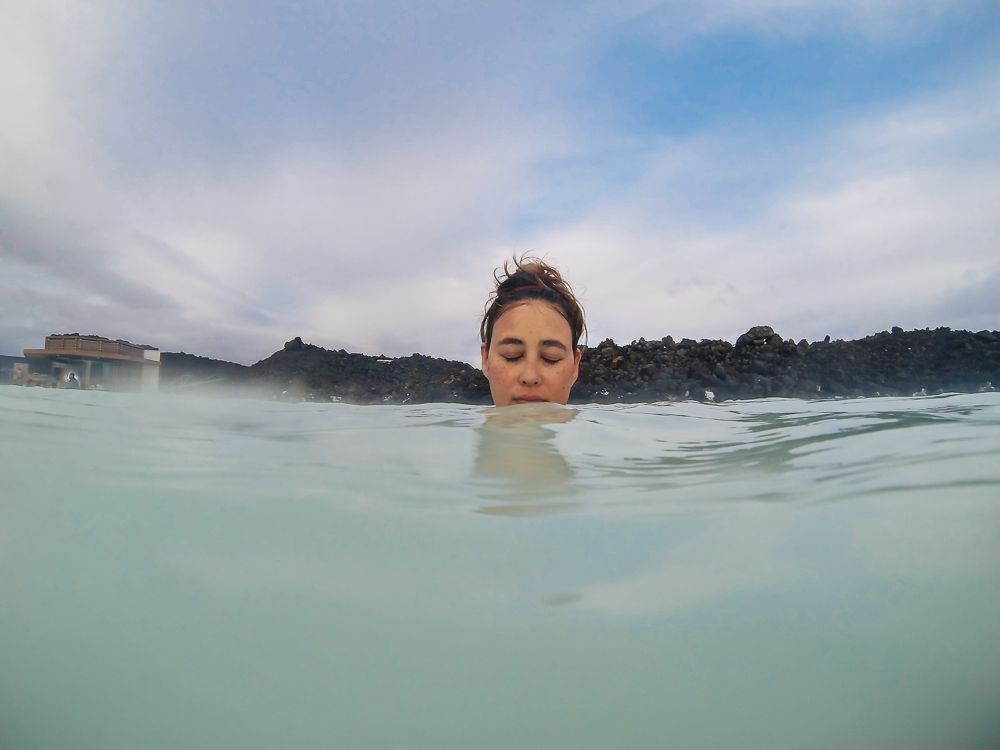 The Blue Lagoon is a bit touristy, but everyone must visit this hot spring when in Iceland. Try the algae mask offered with the Comfort Package. Your skin will definitely feel smoother!

There are waterfalls everywhere in Iceland. Not only is there Gullfoss, Detifoss, and Godafoss, but there’s tons more throughout the country. 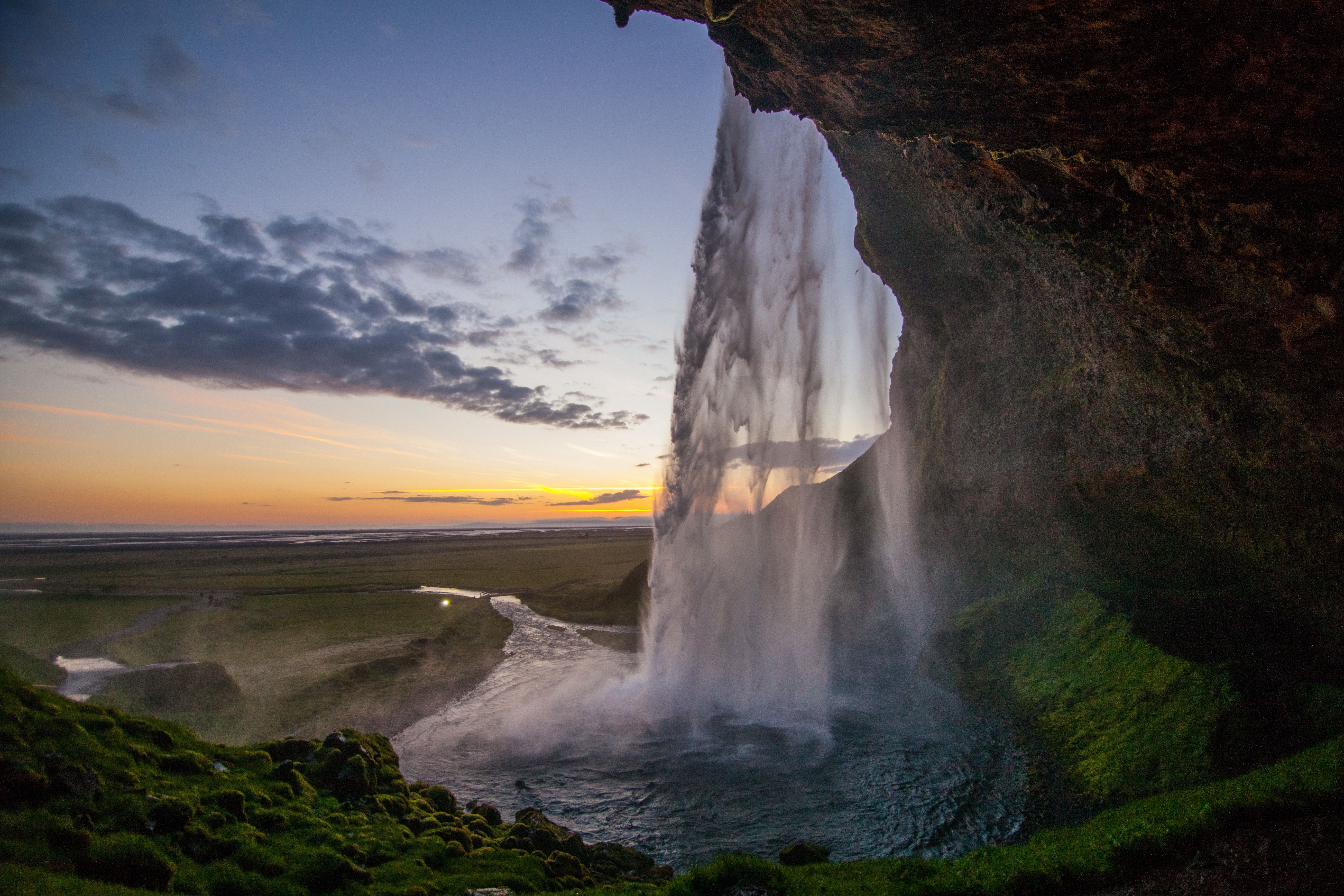 Seljalandsfoss is one of the most well-known waterfalls in Iceland. Seljalandsfoss is very popular among tourists and photographers because you can actually walk all the way around the falls and enjoy stunning points of view. But don’t forget your raincoat or you’ll get drenched! 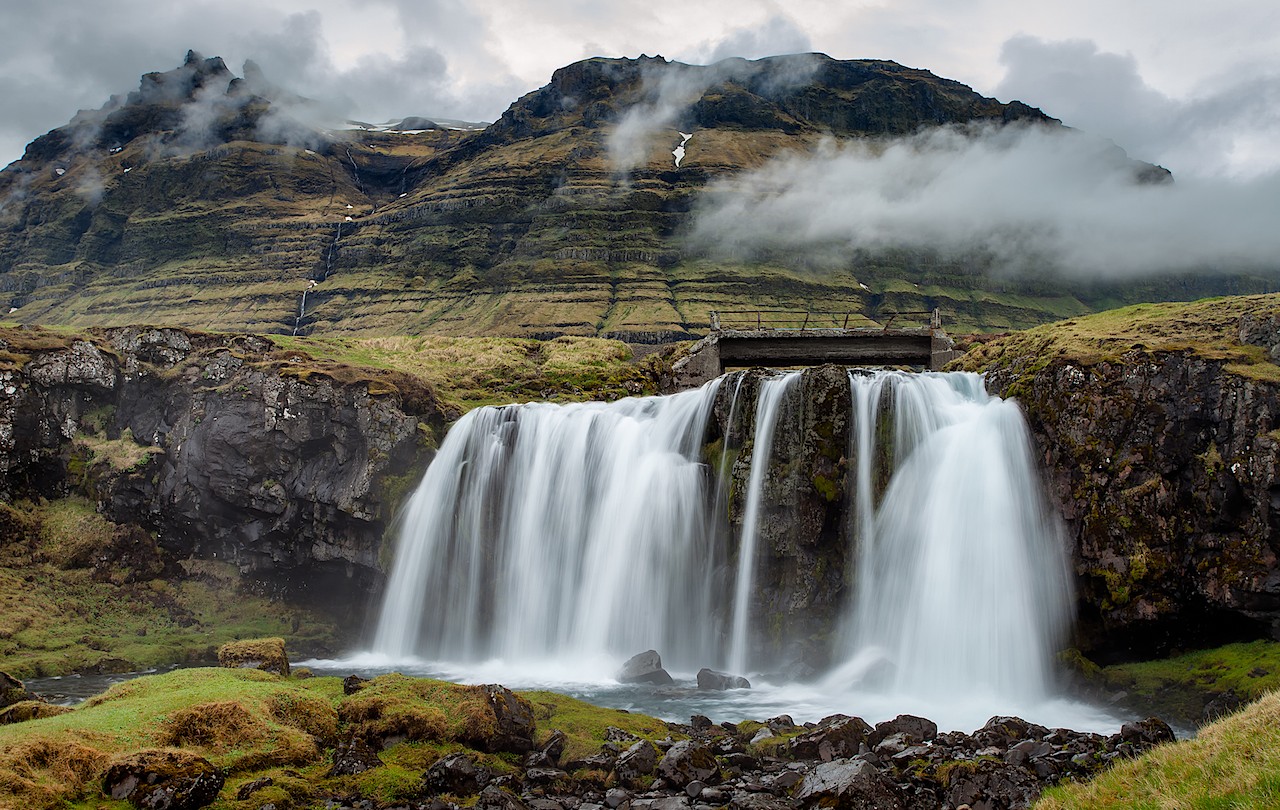 This is a small, but well-situated waterfall in the north of the Snæfellsnes peninsula. It stands just next to the famous Kirkjufell mountain that was behind me when I took that picture. The most famous point of view is actually on the other side of the fall and shows the water in the foreground and the mountain in the background. The weather was pretty bad when I got there; although I was hoping for a gorgeous sunset shot, I ended up with those dramatic clouds packed around the mountains. This is Iceland. 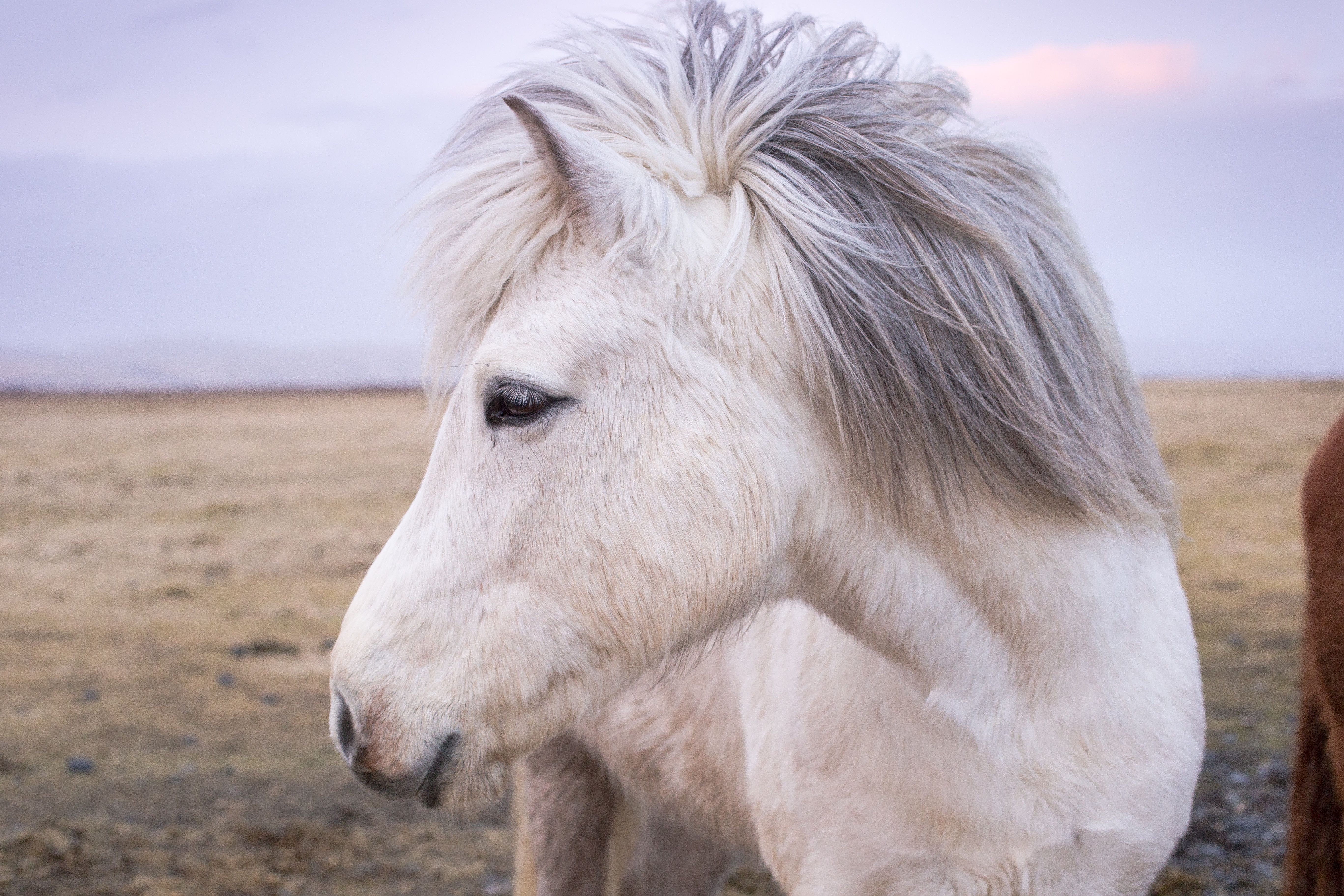 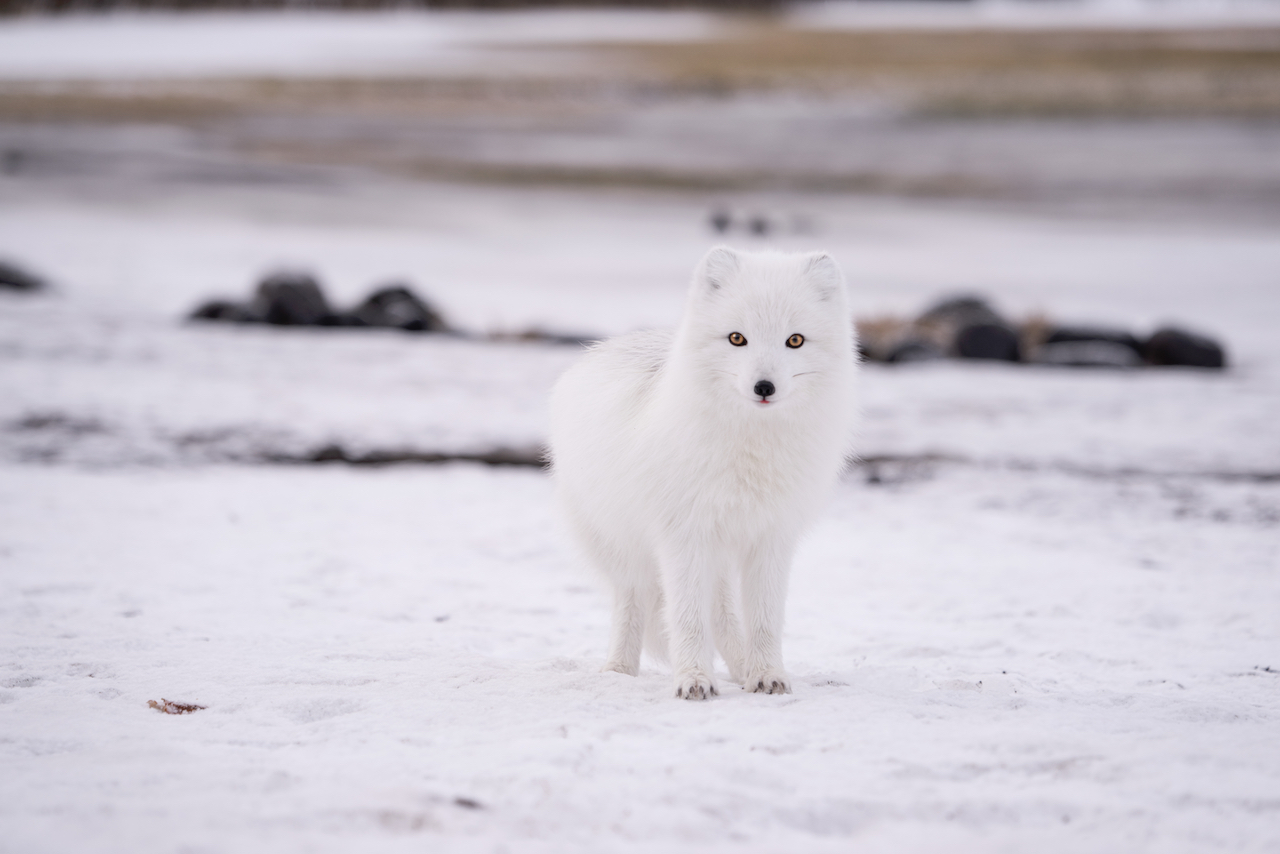 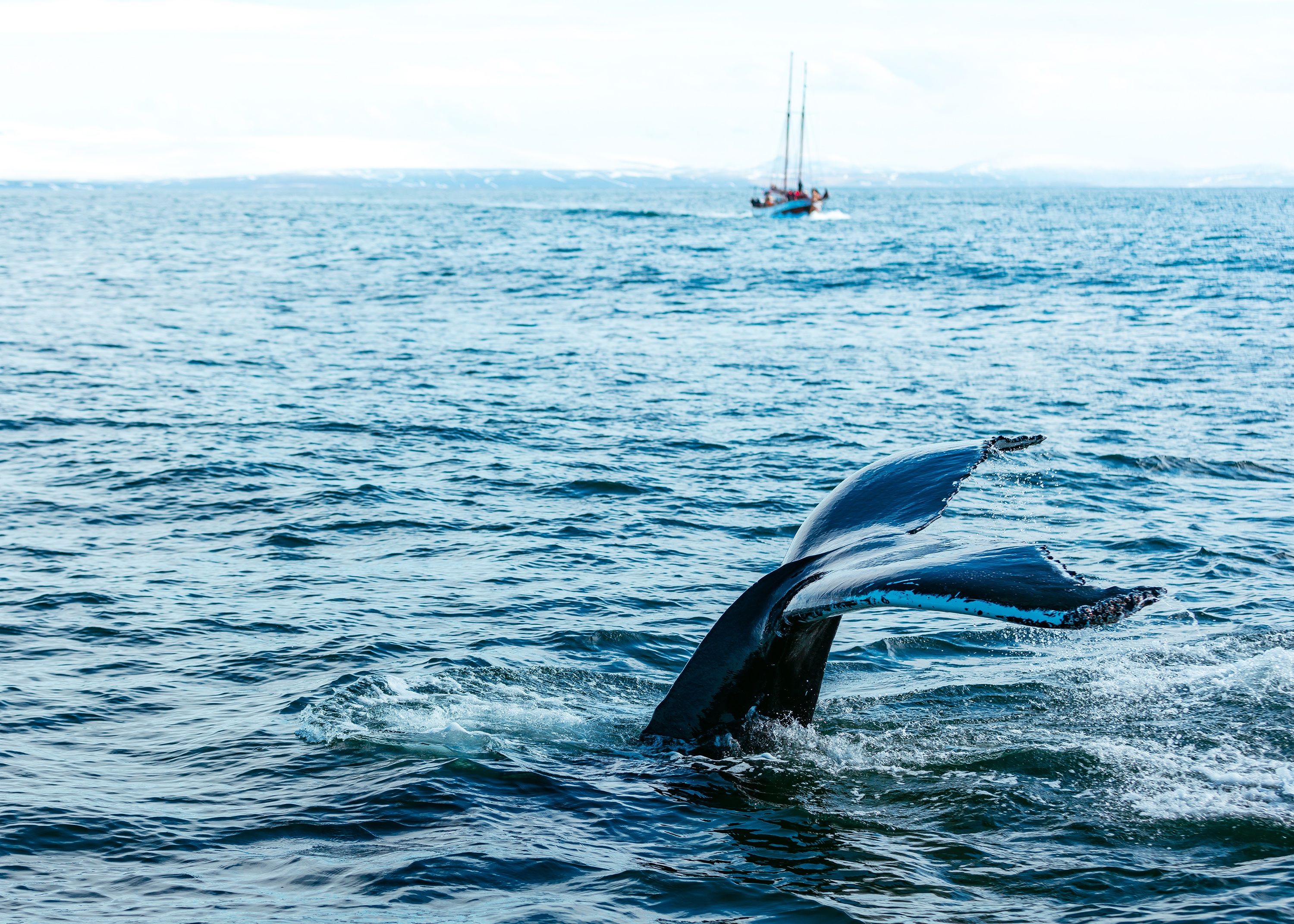 There are whale watching trips all over Iceland. This image was shot off Ísafjörður, a town in the Westfjords region of northwest Iceland. With Iceland being such a small island, the weather patterns are constantly in flux. Swell and storms can move quickly across the country. One day could have rain, the next snow, and the next hail. You really have to motivate yourself to get out of a warm car and trek through the elements to surf. But it’s worth it, with many surfers traveling to the country just for the sport. 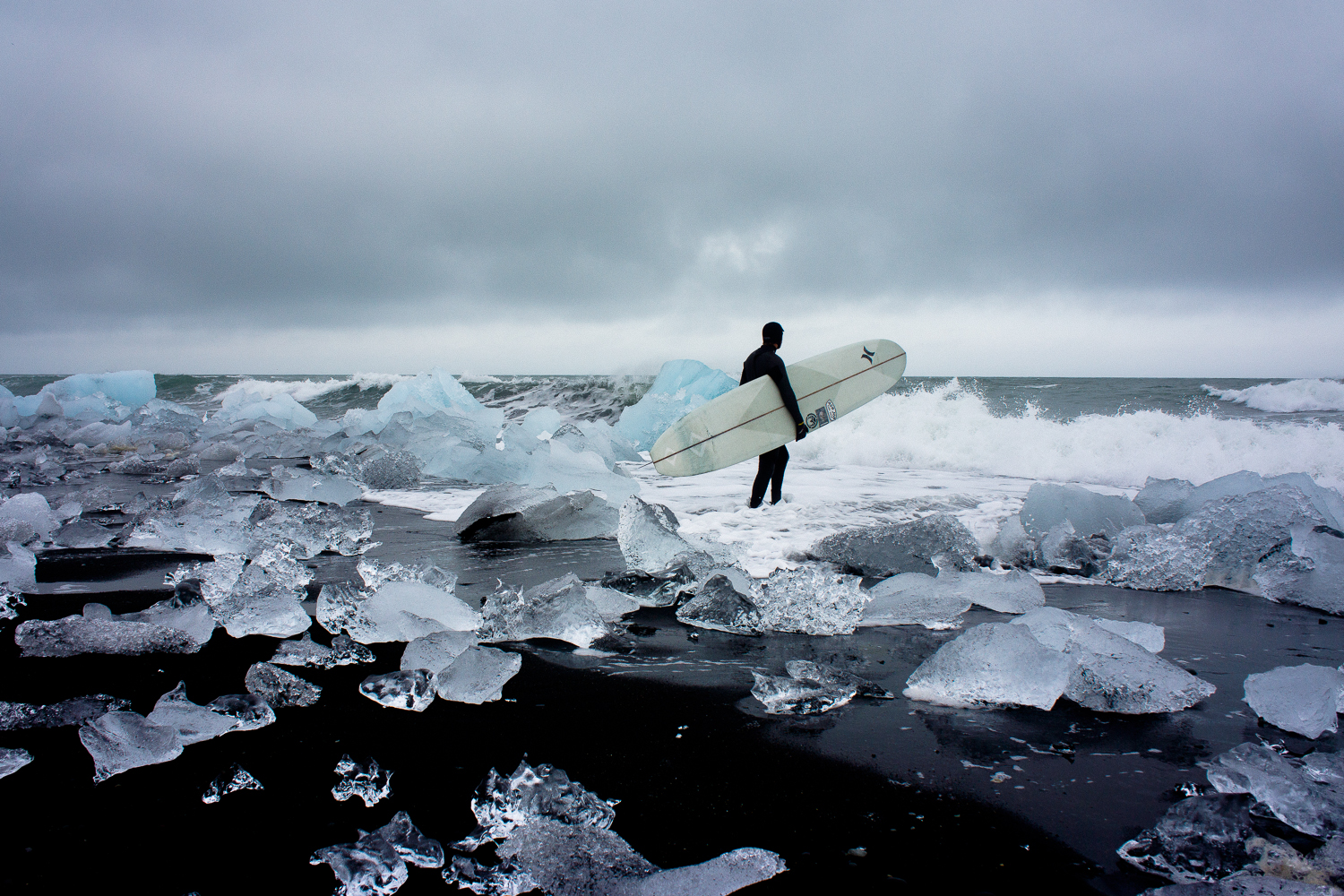 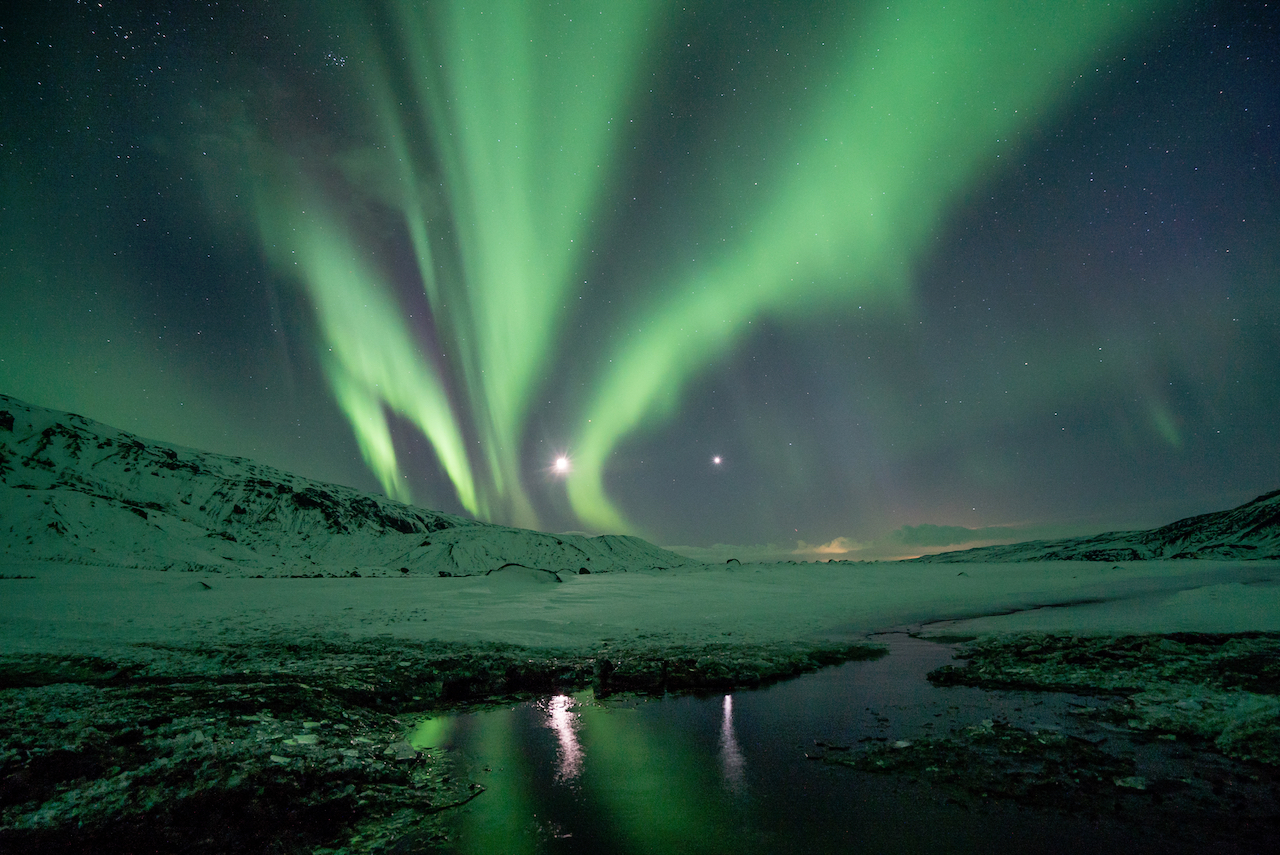 Many people also travel to Iceland purely for an opportunity to view the northern-lights. The trouble is, cloud cover can make the phenomenon difficult to see even during the prime season, so there’s no guarantee. Instead of shelling out for the chance to stare up at a cloudy night sky, keep an eye on the Northern Lights forecast. When conditions are right, drive your rental car back out to Thingvellir National Park for your own private show. On the best nights you won’t even have to do that — they’ll be visible from downtown Reykjavik. 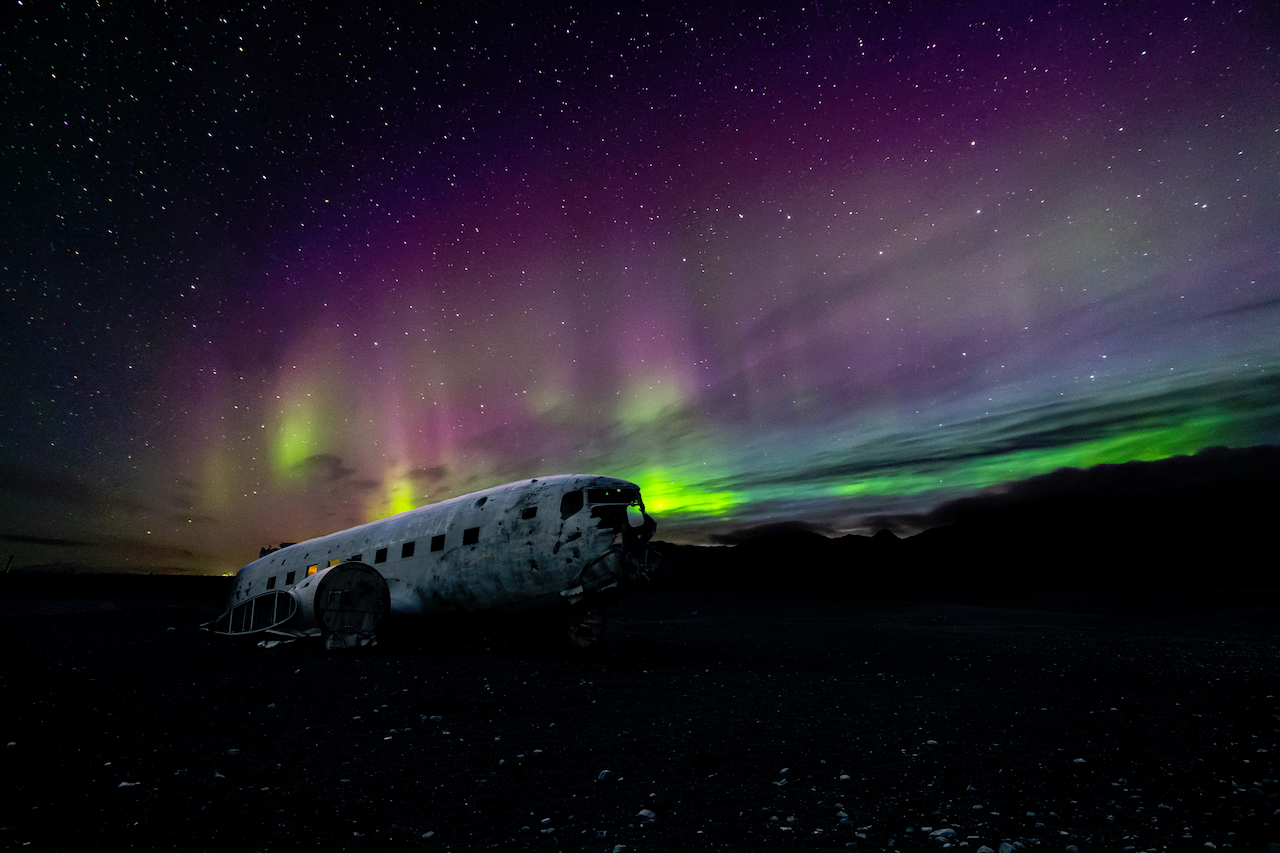 Tagged
Galleries Insider Guides Iceland
What did you think of this story?
Meh
Good
Awesome