To admire the stars, all you need is a pitch-black sky. Finding one, though, is easier said than done. One drive out to the middle of a seemingly remote field at midnight, anticipating a view of the Milky Way, is enough to show you how wide-ranging and disruptive light pollution can be. Fortunately, there are plenty of places where you can find those clear, dark skies.

While many national parks offer excellent stargazing, the US is also full of small communities, state parks, and other locations that are widely recognized as dark-sky locations — some even holding regular dark-sky celebrations. If you’re serious about seeing the stars, getting to these dark-sky destinations far from big cities is worth the effort. 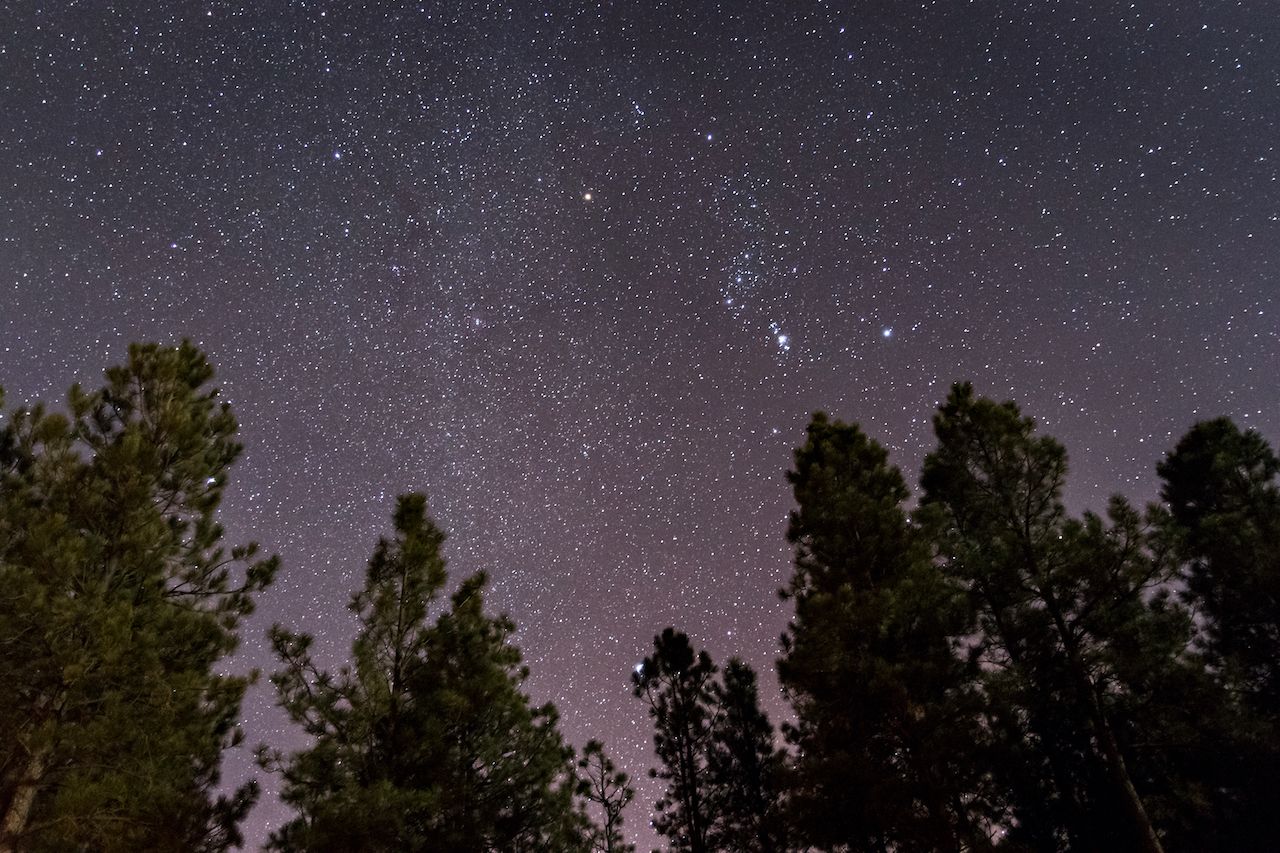 Of all the towns in the US considered “dark-sky communities,” Flagstaff was the first to receive the designation back in 2001. Other cities may have recently introduced lighting rules designed to limit light pollution, but Flagstaff enacted the world’s first outdoor lighting ordinance in 1958. Because of these light pollution restrictions, visitors to Flagstaff can see stars right in town without having to venture to a faraway park. Flagstaff is also home to the Lowell Observatory and the US Naval Observatory Flagstaff Station. In case you still have doubts that stargazing is part of Flagstaff’s identity, the city even has its own brewery called the Dark Sky Brewing Company.

In addition to the Lowell Observatory, some of the best spots for stargazing in and around the city include Heritage Square, Buffalo Park, Anderson Mesa, and Sunset Crater Volcano National Monument. The city itself might be better than most for stargazing, but Flagstaff is surrounded by canyons, deserts, forests, and mountains that may provide a more serene dark-sky experience. 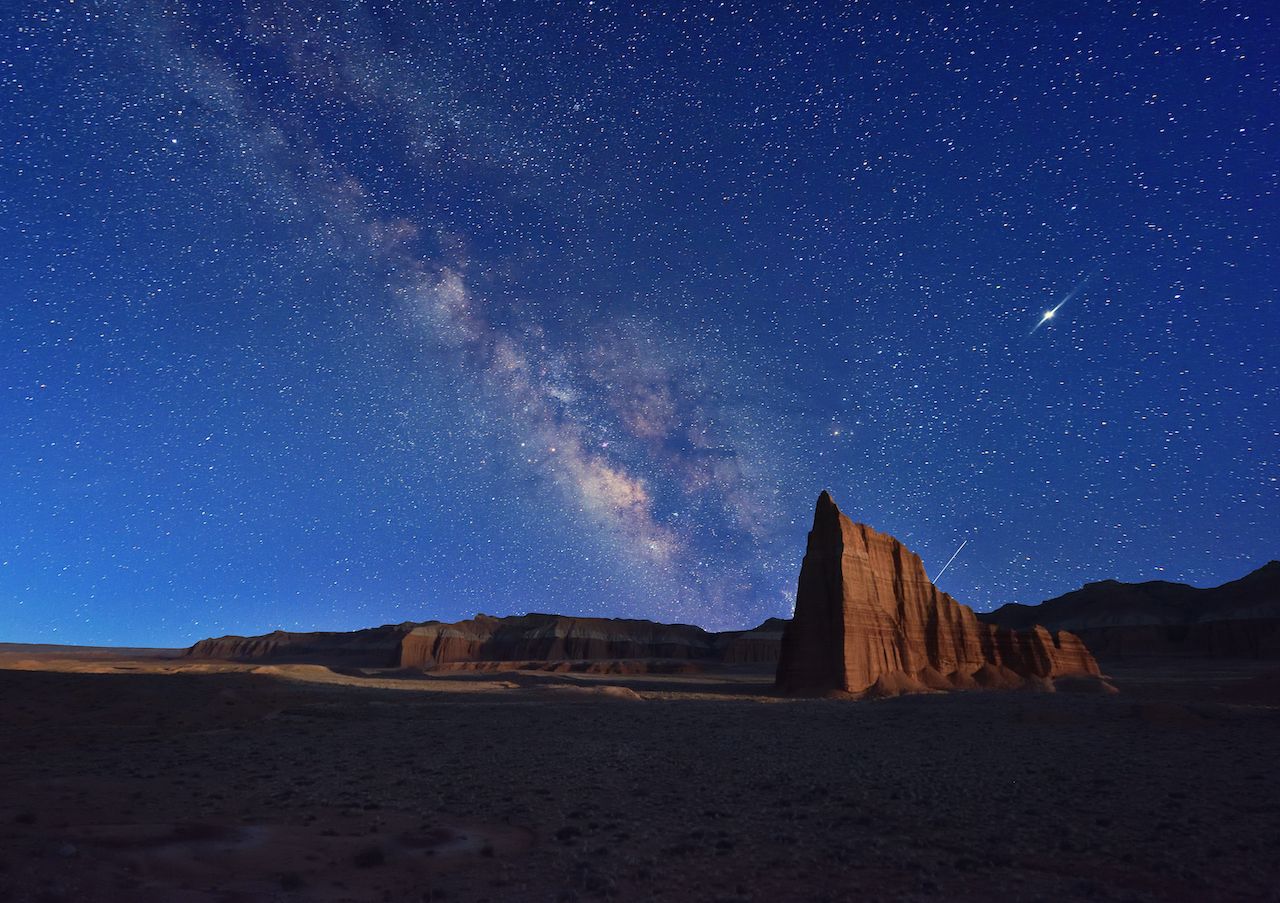 When we think of “dark-sky destinations,” we tend to think of sprawling parks with miles of open space, removed from any hub of civilization. In Utah, however, you can visit a dark-sky community, with a population of 300 people. The town of Torrey started a fundraiser to fund retrofitted public exterior lights that direct light away from the sky. Money was also set aside to help residents pay for upgrading their home fixtures.

So, sure, you could stand in the middle of town and get a decent view of the sky. But the best thing about Utah is exploring nature and getting familiar with its unique red rock formations. Since Torrey is the gateway to Capitol Reef National Park, doing that is pretty easy. Partnering with the Estrada Institute, the park hosts an annual Heritage Starfest every fall, where telescopes are set up and experts are brought in to speak about stargazing. If you miss Heritage Starfest, park rangers host weekly astronomy events that mix naked-eye and telescope viewing. 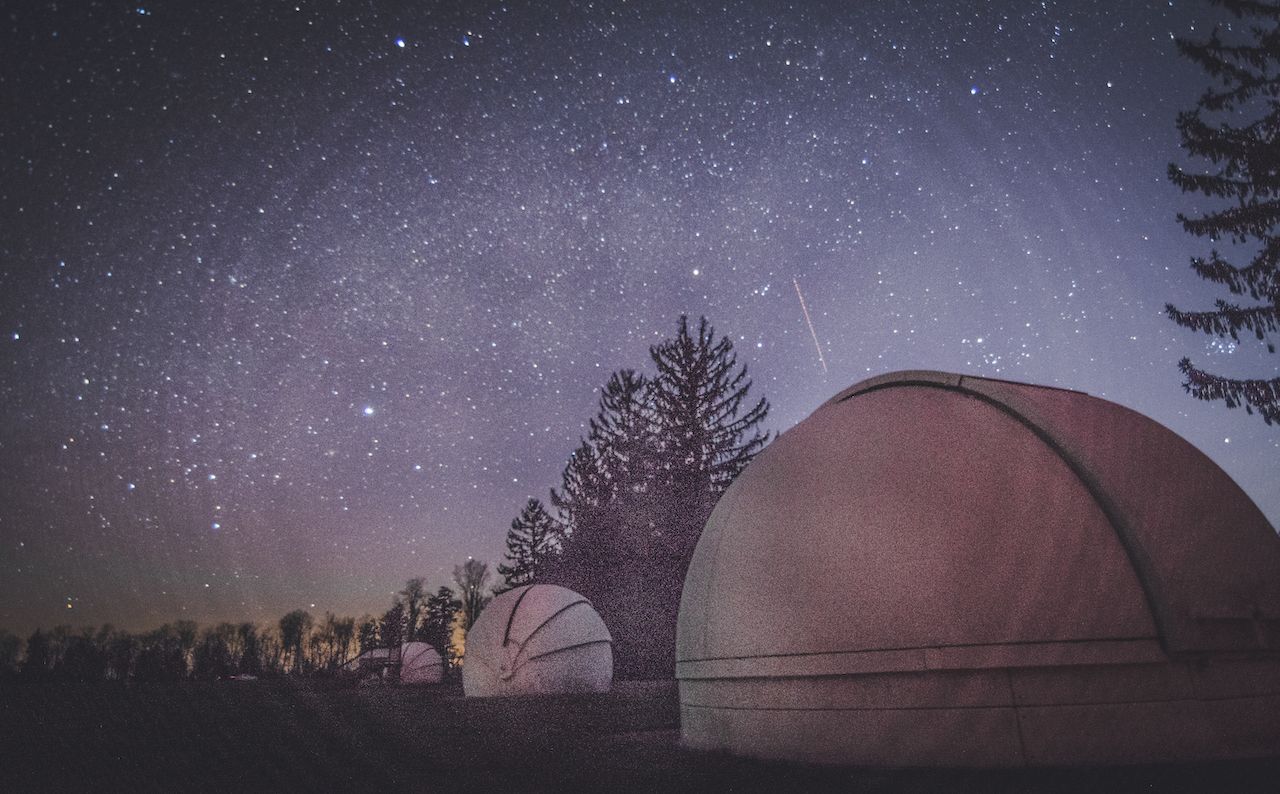 Twenty minutes from the small town of Coudersport, Cherry Springs State Park is one of the premier dark-sky destinations in the US. Named a “Gold Level Dark Sky Park” by the International Dark Sky Association (yes, there’s an International Dark Sky Association), Cherry Springs offers ideal stargazing conditions between 60 and 85 nights a year. Visitors to the park have reported seeing a range of celestial phenomena, including asteroids, meteor showers, the Milky Way, the Andromeda Galaxy, and even the northern lights. The stargazing field at Cherry Springs is open year-round, but the best time to visit is during the fall and winter, due to reduced humidity and longer nighttime hours. 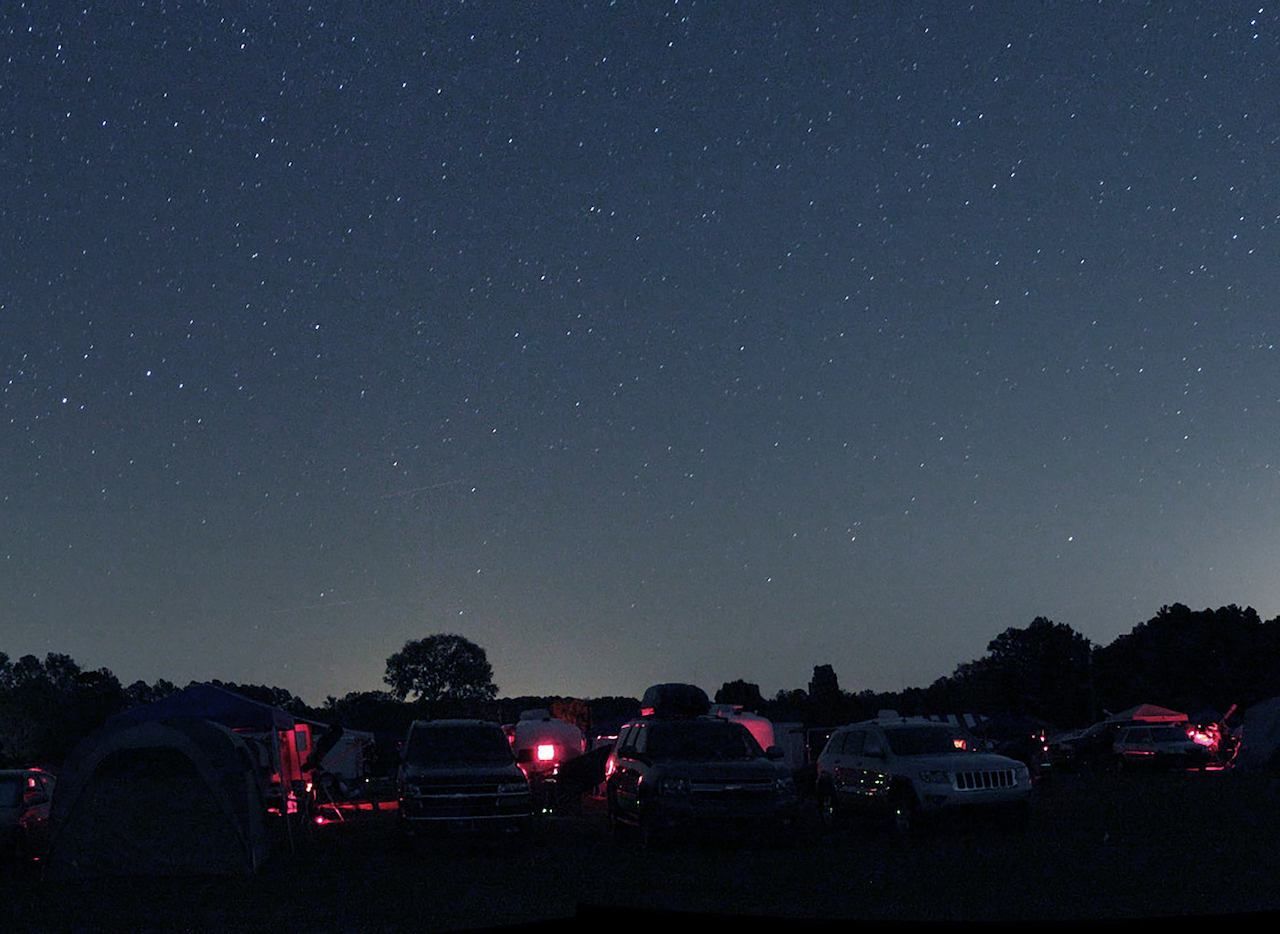 Staunton River State Park endeared itself to stargazers by taking measures to reduce its own light pollution. This includes replacing exterior light fixtures in rental cabins, residences, and parking lots with approved dark-sky fixtures. The park has also developed a concrete plan for its future, to ensure that any park expansion doesn’t detract from people’s ability to see a clear night sky. A designated nine-acre “Dark Sky Observation Area” is set aside especially for stargazers, and is popular among both casual visitors and professional astronomers.

Like Cherry Springs, Staunton River also hosts star parties with the aim of bringing stargazers together from all over the country to share in an unforgettable celestial experience. Speakers at the Fall Star Party on October 21 included Apollo 11.5 mission commander Jeff Martin, Royal Astronomical Society fellow Jonathan Ward, and novelist Michael Neece. 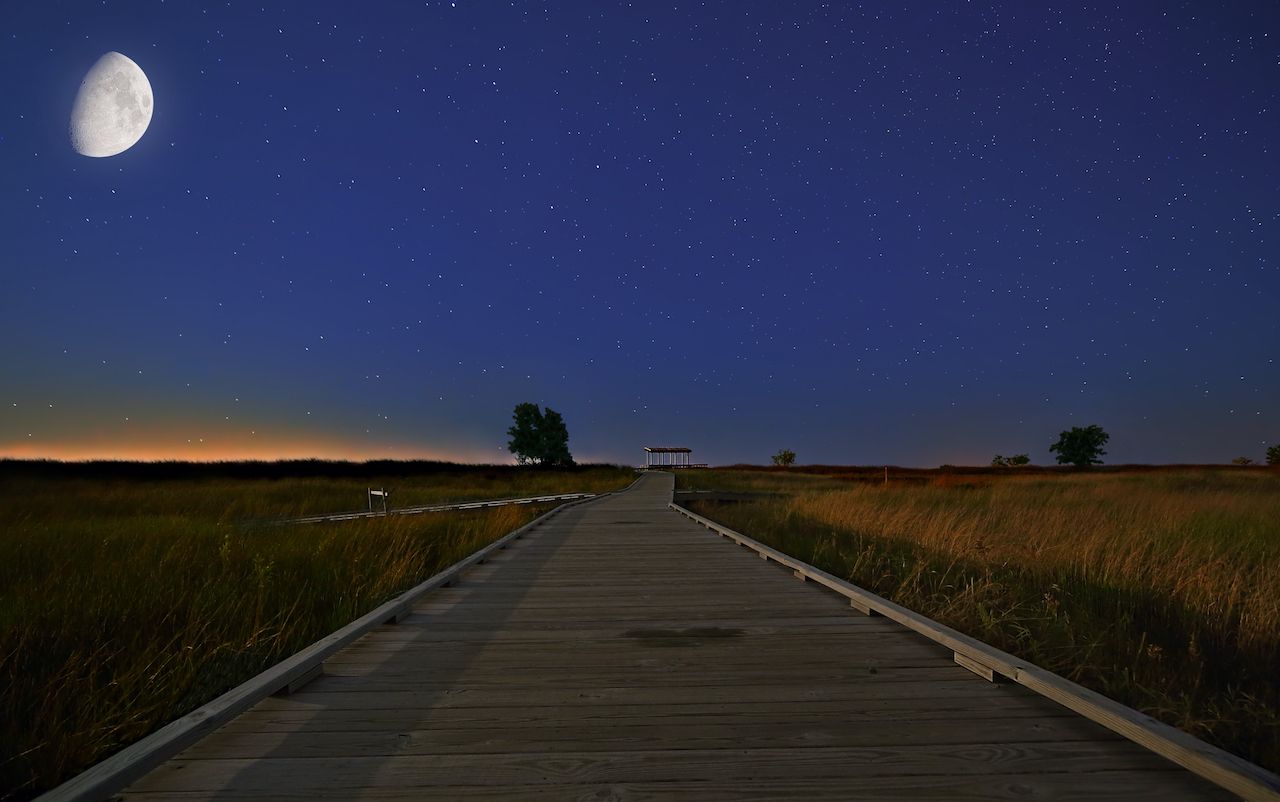 Headlands is a paradise for dark-sky seekers. It has 550 acres of woodlands and two miles of undeveloped shoreline along Lake Michigan, so you can come back to this park dozens of times and still find new, cozy spots to camp and watch the night sky. The park also benefits from a county-wide light ordinance, which places limits on artificial lights. And given the park’s northerly latitude — it’s one of the most northern points in the US — you may even glimpse the northern lights if you’re lucky.

If you don’t exactly feel like roughing it, you can stay in a designated Guest House popular among stargazers. While you’re there, you can also check out the Waterfront Event Center and Observatory, to get you in the mood for that all-night northern lights stakeout. Try to visit when the park is hosting one of its signature dark-sky events, including starry lake cruises, star parties, astrophotography nights, and nighttime storytelling.

Headlands International Dark Sky Park is located two miles west of Mackinaw City. Entrance to the park is free, though fees may be charged for special viewing events like the northern lights or meteor showers. 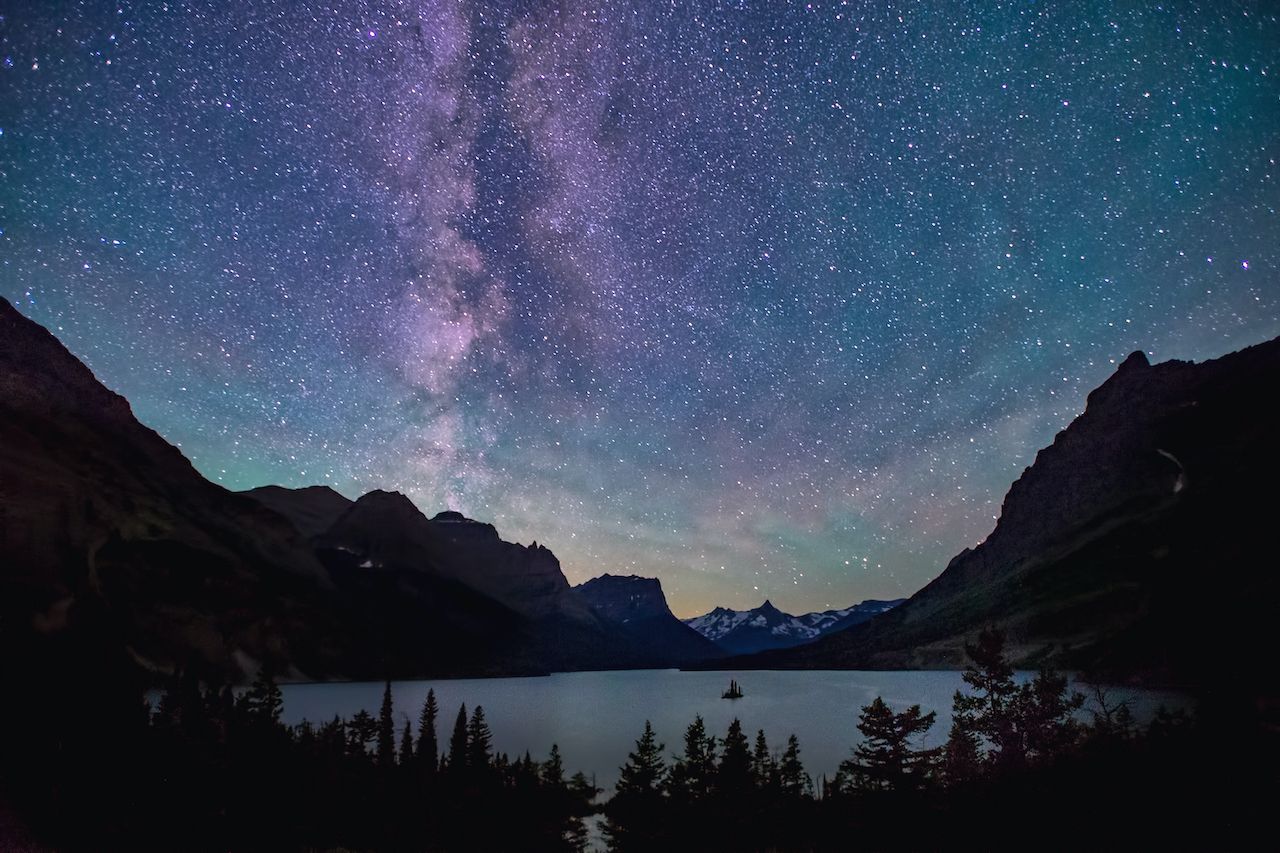 This one’s a BOGO. Two world-class dark sky destinations for the price of one. In August 2021, the world’s first transboundary international dark sky park opened on the border of the US and Canada. A confluence of Montana’s Glacier National Park and Canada’s Waterton Lakes National Park, Waterton-Glacier International Dark Sky Park just earned the impressive new designation after renovations designed to make it more dark sky friendly.

While Glacier National Park has been recognized by the International Dark Sky Association since 2017, the park needed to add several upgrades to achieve transboundary dark sky status. These mainly consisted of new LED streetlights, and dark sky-friendly light fixtures on park residences. It sounds like a small addition, but LED lighting is designed to reduce light pollution, make the dark skies more visible, and be more animal-friendly as well.