In Finland, New Year’s starts with a little fortune telling. Miniature tin horseshoes are melted over a fire on a special type of spoon and tossed into the snow or into very cold water, where they freeze instantly into unusual shapes. Those shapes are said to be harbingers of the year to come.

“You look at the shadow, not the tin itself,” explains Reijo Pentikainen, a Helsinki resident who grew up with the tradition.

Once the reshaped tin has been plucked out of the water, you hold it in front of a light next to a wall and you interpret the shadow. While Pentikainen doesn’t pretend to be an expert on all of the possible interpretations, he says the best known one has to do with money.

“The one with money and wealth is the obvious one,” says Pentikainen. “It has a rough surface or a bubbly surface.”

A shadow that looks like a wave is supposed to mean that changes are on the way, while an anchor means stability, says Pentikainen. The shapes can be interpreted literally or symbolically.

A ship is said to signify movement, while a key hints at good luck in your career. Although a shape like a horse means you may get a new car, any other animal is said to mean you have a friend who you can’t trust. In a nod to the country’s agrarian roots, a basket means that you’ll have a good mushroom harvest next year. It’s best to pour the tin quickly, as a metal that breaks up into little pieces forebodes a rough year ahead. 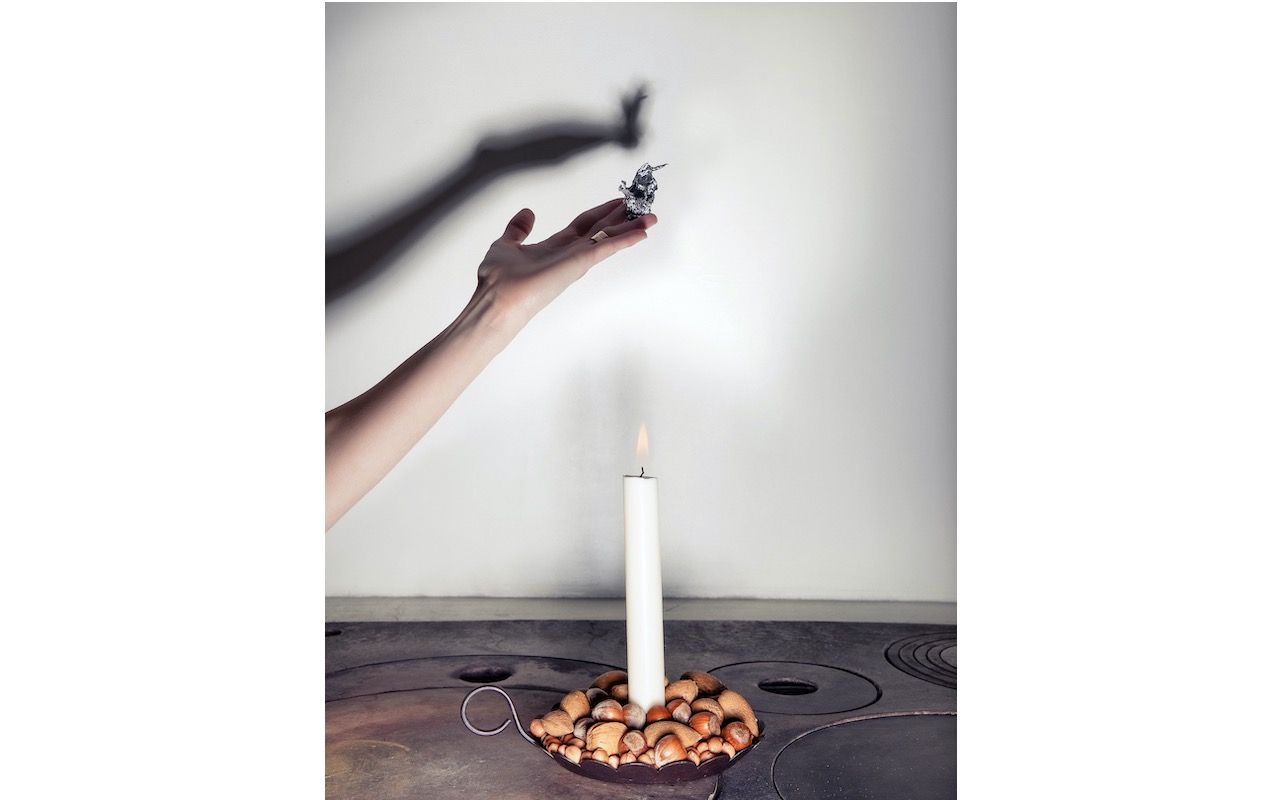 While the above are some of the historically best known interpretations, Pentikainen doesn’t believe it’s critical to know them all.

“I think you can just wing it,” says Pentikainen. After all, it’s usually a tradition done with your family or maybe a small group of friends, he says. They may not mind a little creativity.

The idea of melting metal and seeking to learn truths from it goes back thousands of years, and you can see it done in different northern European countries on New Year’s Eve. One of the places where it’s most central to the last night of the year, however, is in Finland.

“If you are staying at home, it’s obviously part of the tradition,” says Pentikainen, noting that if you are out to dinner on New Year’s Eve, you may not have the opportunity to melt metal and pour it into cold water. “You do it in the family when you have kids. Younger adults, they may do it with friends,” he says.

Generally, the tin casting occurs after dinner and before the fireworks, says Pentikainen. Although there’s no specific rule about it, the sequence of events tends to be melting tin, then lighting fireworks or watching a city’s fireworks display, followed by popping Champagne. After that, like everywhere, you kiss and hug your family and friends.

Tin casting has become such a part of Finnish New Year’s that the volunteer firemen in the Finnish city of Loviisa set a world record by dumping a 90-pound lump of tin into 2,000 liters of cold water on December 31, 2009 — and producing not just a huge amount of metal to try to interpret but also massive plume of steam.

The whole custom, however, came under fire from the European Union two winters ago.

It turns out that the tin used in the making of the tiny horseshoes wasn’t only tin, and in some cases contained hardly any tin at all, since it’s an expensive metal. Rather, the metal that’s melted had always contained some percentage of lead — a chemical that’s toxic to the environment and people.

Lead was used because it is cheap, it makes the metal easy to melt and shape, and, in fact, was the original metal used for this purpose. The practice of divining the future from thrown metal is actually called molybdomancy, based on the Greek word for lead, molybdos.

Not only did the ancient Greeks practice this art, but it can still be seen in Turkey, where it is called kurşun dökme, or “lead casting.” There and in Bosnia-Herzegovina it’s used not to ring in a new year but to try and predict the future. In Germany, where the practice also exists — but on New Year’s Eve, as in Finland — it’s called bleigiessen, which translates to “lead pouring.” 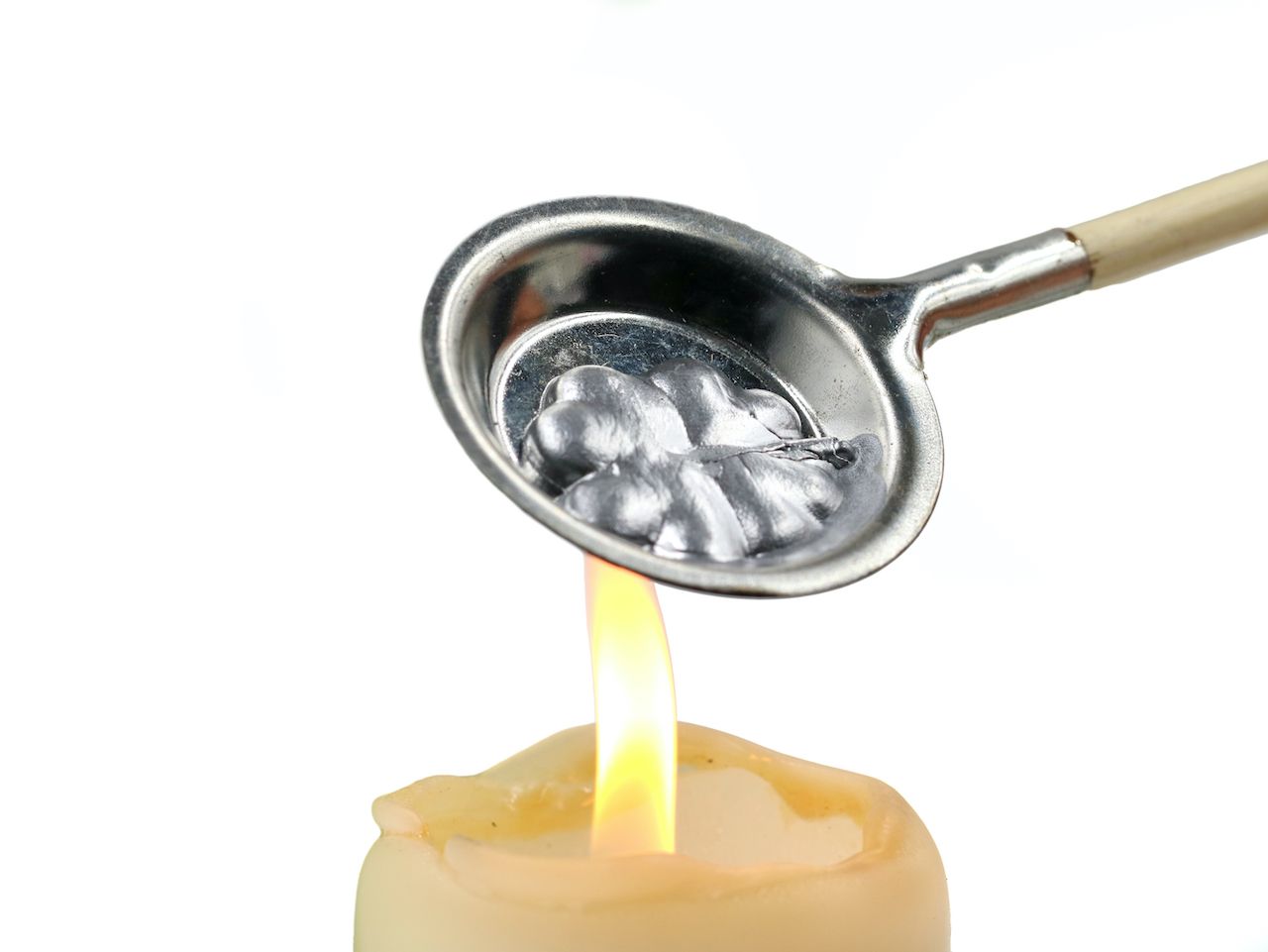 Today the casting of metal of different shapes is done on New Year’s Eve in the Nordic countries (Finland, Sweden, Norway, Iceland, and Denmark), as well as in Germany and Austria. It arrived in Finland via the Swedish monarchy, which ruled Finland until the early 19th century. As metal was expensive, melting it was a practice originally enjoyed only by the nobility around the 1700s. Finnish officers who had served the Swedish king and were rewarded with land were the first to bring the habit to their home country.

It became known in Finland as tinan valanta, tin casting, or uudenvuodentina, New Year’s tin. Despite calling it tin casting, the little horseshoes sold to melt contained as much as 95 percent lead, according to the Finnish news site Yle.

The EU banned any lead use in 2018. In Finland, this resulted in a last-minute run on the old horseshoes and tin melting kits sold in stores, as people feared an end to their year-end tradition. Yle reported on customers “hoarding the banned tin” in late 2017 in anticipation of the coming ban. Facebook groups popped up as would-be metal-melters searched out where to get their hands on some leaded horseshoes.

Rather than using metal that contains tin, the Finnish Safety and Chemicals Agency has recommended melting sugar or beeswax. Even heating up old candles has been offered up as an alternative. But newspapers were quick to warn that beeswax needn’t be heated at such a high heat and that, in fact, it can ignite if overheated. One Yle journalist who tested all the options found that the sugar disintegrated and the melted beeswax resembled “eggs or vomit” more than something you’d like to divine your future with.

The Safety and Chemical Agency does still permit the use of tin itself, as long as it doesn’t have lead in it. Fortunately, a replacement for lead has been found. A metal combination that is about 97 percent tin combined with three percent of the element antimony is said to produce the same kind of hardness or structure as the old lead-containing tin.

The tin-antimony option isn’t cheap though. Although an internet search through Finnish websites didn’t turn up tin-antimony horseshoes, we did find some tin-antimony rods, each weighing just over two ounces and selling for 41.63 euros (or $50) for a package of ten.

That may seem like a lot of money, but maybe it’s not so much when the future is in question. And if you get some good news, that isn’t a bad way to start the new year. You could even look back on your melted tin prediction throughout the year if things start to look grim. After all, good news should be held onto.

“You’d keep it for a while,” says Pentikainen of the melted tin. “Especially if it’s a good one. You’d keep it on your desk or in your cupboard.”

Food + DrinkIn Spain, It Isn’t New Year’s if You’re Not Eating 12 Grapes at Midnight
Tagged
Holidays Finland
What did you think of this story?
Meh
Good
Awesome