I WAS WANDERING around the back streets of Burning Man and came across an enormous trampoline facing the road. Clearly designed for everyone’s play, it had a prominent sign that said: “Please, no fucking on the trampoline.” I grinned. If there is a flat or partly secluded surface at Burning Man, someone will inevitably end up squirming on it with a partner of their choice.

While not everybody goes to Burning Man expecting to have a ton of sex, sex is available, shameless, and no-strings-attached. In between all the high ideals of personal responsibility and reliance is the reality of a lot of people in booty shorts and nipple pasties, many of whom have decidedly open relationship arrangements. 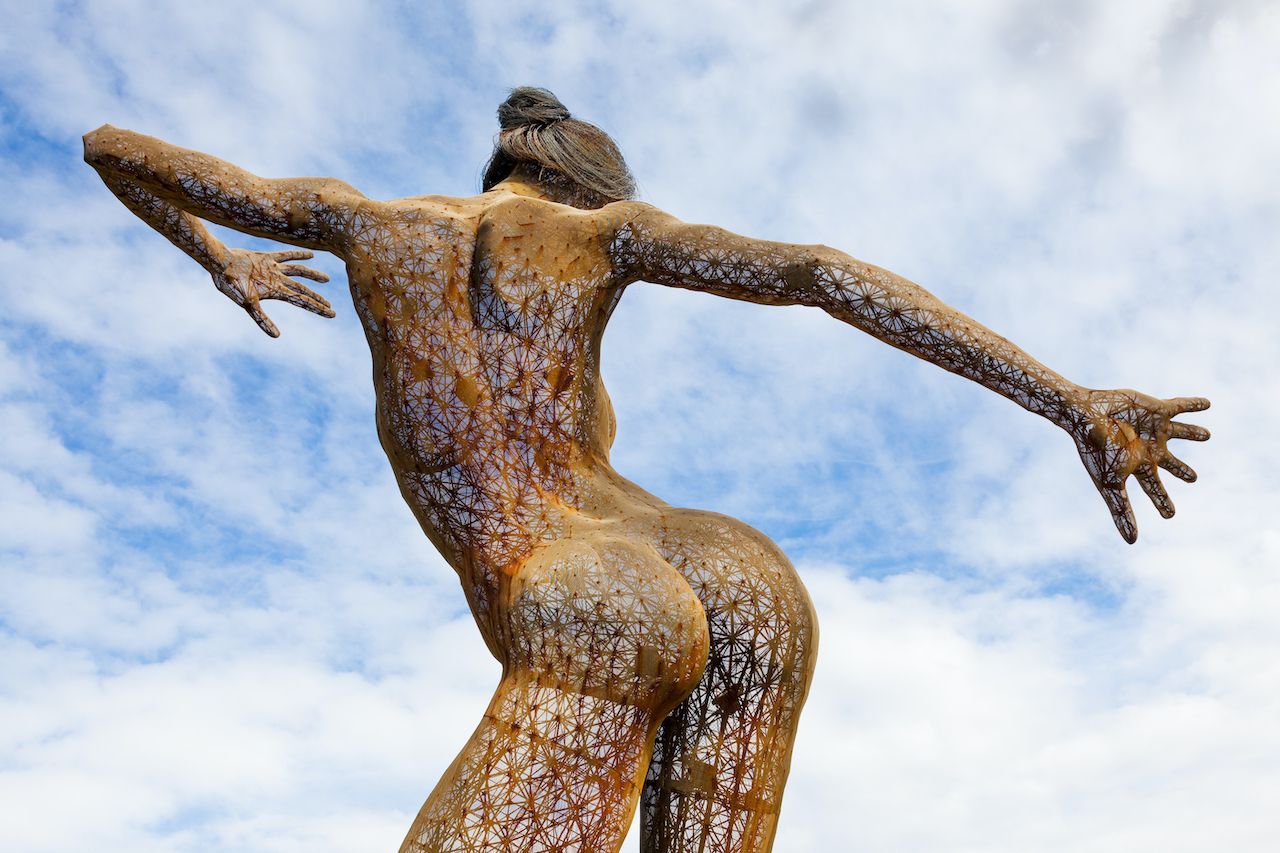 There are whole camps whose entire purpose rotates around getting people to have sex in them:

Even if you’re not participating in an all-hands gropefest, chances are you can find partners for some sexy experiences just by being open to suggestion. One year, I met a heavily muscled aerialist with a devilish facial expression and the kind of curly hair that usually shows up on images of the Greek god Pan. Funny, friendly, and flirtatious, he could also support his entire body perpendicular on a pole. After a day or two of grinning at each other’s jokes, we rolled to the edge of his shared Bedouin tent one morning and started a hot and heavy make out session as the sun rose over the playa. Another year, I got a terrible urinary tract infection from dehydration and couldn’t walk to the medical tent; I got picked up by a playa ambulance that was already carrying a dusty-haired, blue-eyed guy who said he was an inventor and camped at Burning Man’s five-star hotel, the Ashram Galactica. A day or two later, after my medication had a chance to kick in, he invited me to see the inside of his RV. 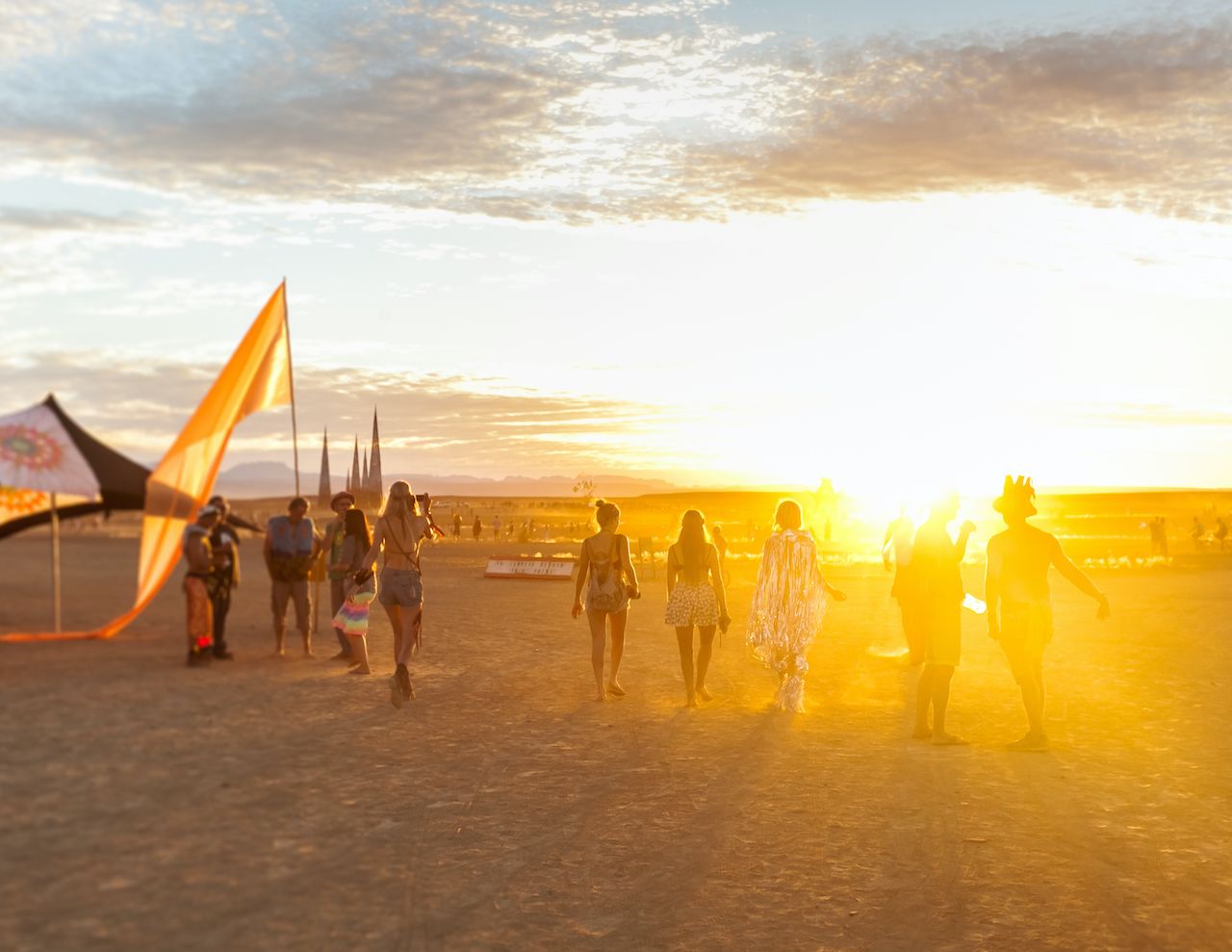 Theoretically, Burning Man law enforcement could give you a ticket for “public lewdness” — which means don’t get it on in full view of the Esplanade and every passing police car. Just like it’s not so smart to conduct a drug transaction in the open air, it’s not such a great idea to engage in sexual acts where any passing kid can see you. Try to keep your fun under a tent, behind a yurt door, or at the very least, elevated in a hammock. I have yet to spend a Burn Night without finding people prone on the playa having dusty intercourse, which is actually a terrible idea; aside from the alkaline dust getting all up in your goodies, no vehicles can see you when you’re lying flat and unlit at night. You will get hit by a speeding bicycle, an art car, or all of the above.

If you’re feeling uncertain about best communication methods, or want to add your voice to a team of sex educators, you can join or support the Bureau of Erotic Discourse. They do education sessions, role plays, and hand out information packages about how to ask for consent, give permission, and effectively communicate your needs with a potential or ongoing partner. If you and your partner are going to Burning Man together and don’t already have boundaries firmly discussed and in place, B.E.D. might be a good place to start, to figure out what the best way is for both of you to engage with the often hypersexual world around you. 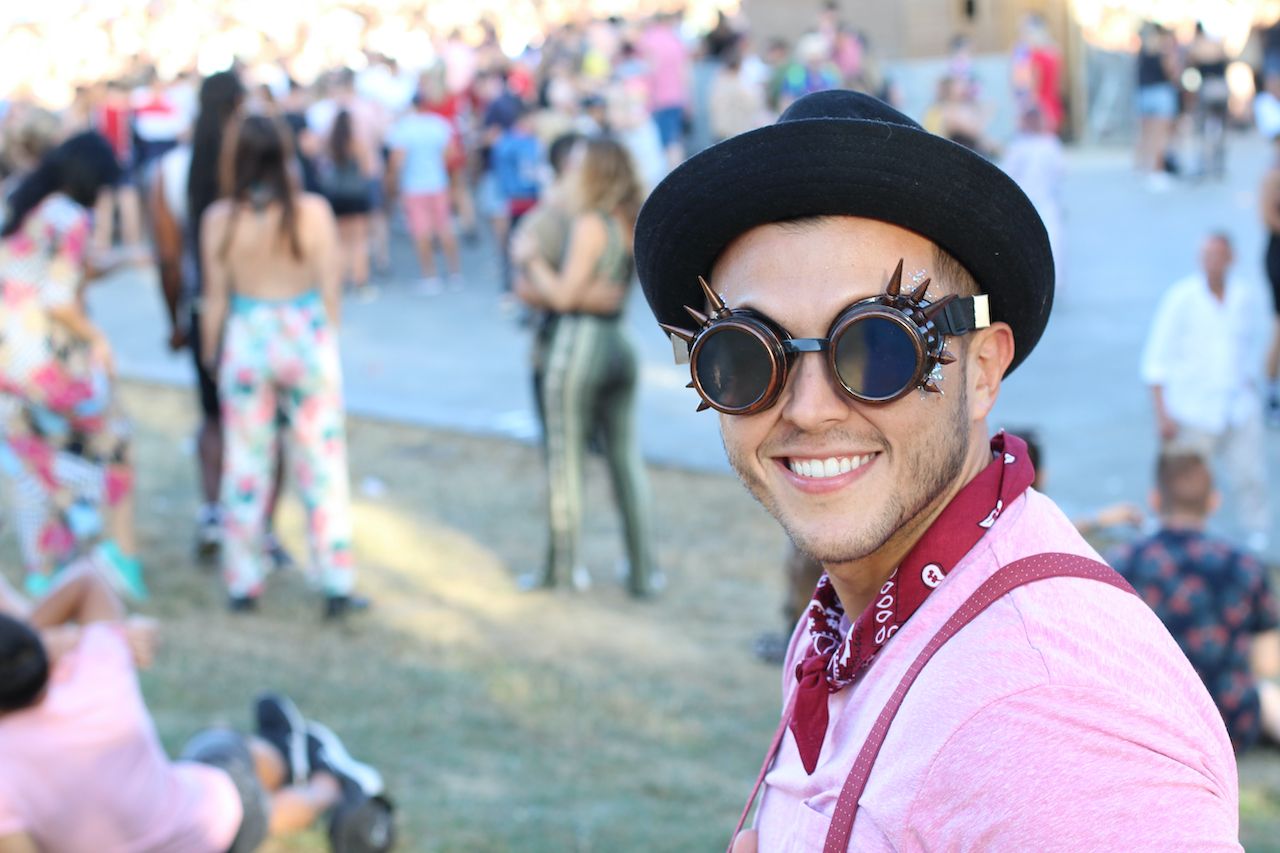 Just because sex is everywhere at Burning Man doesn’t mean you must participate in it. Nobody has the right to make you feel uncomfortable. Someone from Panty Camp gave me a pair of undies in the center roundabout once, and I delightedly changed into them on the spot. I didn’t see what happened, but a friend and campmate told me later she had caught a guy trying to take my picture as I changed, and she headed him off with a briskly snapped “No!” You don’t have to walk around naked, kiss strangers at the Kissing Booth (although I do recommend the Hug Deli because everyone is so enthusiastic), or even shake hands with someone just because they said they like your dragon onesie. Your body is your own and so is your Burn; make of it whatever you want. If that includes hopping into Orgy Dome or hunkering down in camp with your monogamous partner, you’re doing it right either way.

The Best Art From This Year’s Burning Man
Don’t Hit the Road Without Reading This Perfect Las Vegas To Zion Itinerary
There’s a Micronation in the Nevada Desert You Can Visit With Its Own Currency, Customs, and President
This Epic Burning Man Drone Show Blew Everyone Out of the Water This Year