If you’ve never contemplated creating a travel itinerary around a single food, you probably just haven’t met the right food yet. Consider this: Through Texas barbecue alone, you can taste your way through history, geography, and culture — and emerge both well-fed and wiser for the journey.

Expect lines around the block and flavors across centuries and cultures, every practice, recipe, and bite a meaningful part of the conversation. If you don’t have weeks to dedicate to this delicious pursuit, start with the humble primer below — just know that a return visit will likely be in the cards.

Texas barbecue: across the eras 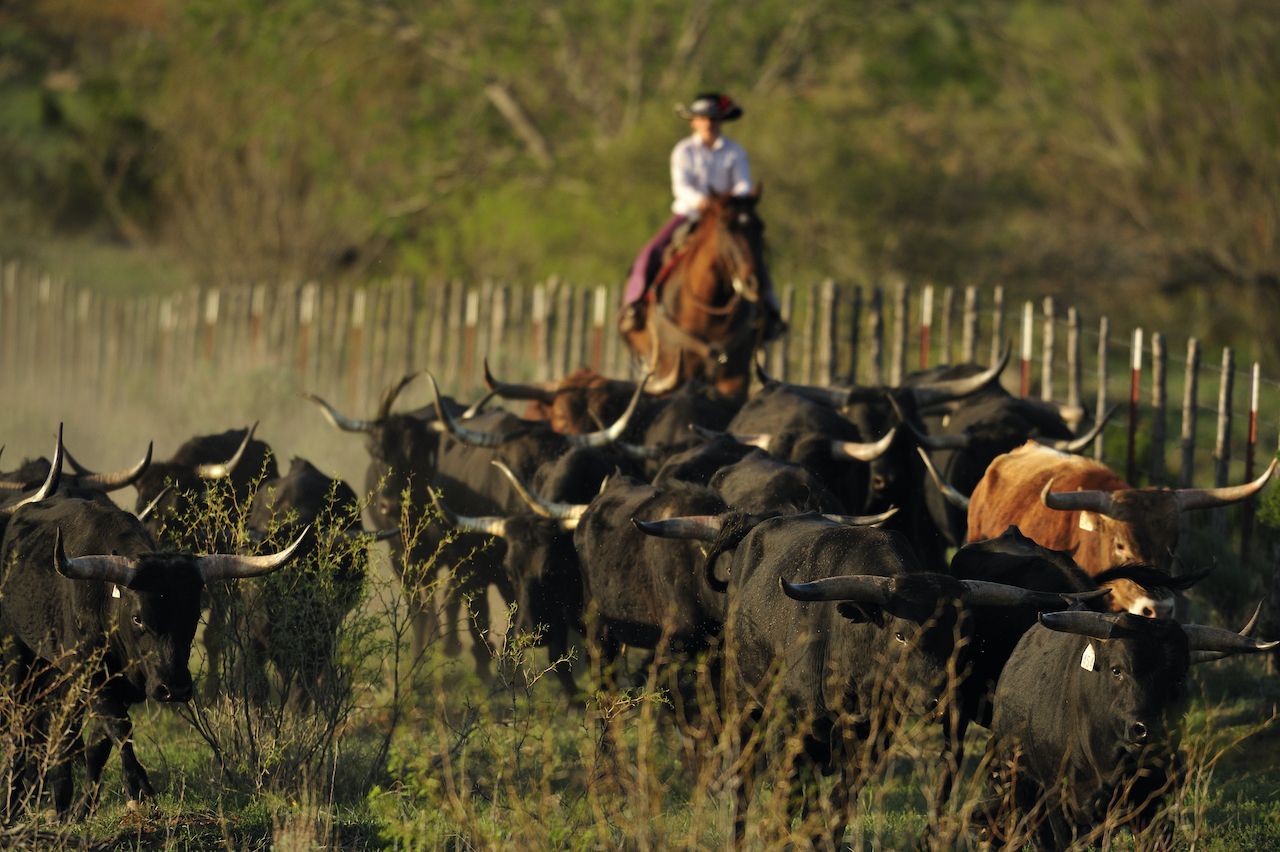 The origins of barbecue in Texas go back to the Indigenous people of the Caddo Nation, who used traditional cooking methods for preparing venison and other game in the territory of present-day East Texas, writes author Robb Walsh in his Legends of Texas Barbecue Cookbook.

In later years, Spanish, Mexicans, African Americans, immigrants from Germany and the former Czechoslovakia, and cowboys from the Chisholm Trail contributed their own smoke, spices, and cooking techniques to the craft. “Texas barbecue is a feisty mutt with a whole lot of crazy relatives,” Walsh writes. But forget “whole hog” — in Texas, it was often the whole steer that historically was offered up at big community gatherings, be they political, religious, or social in nature, adds Walsh.

Nowadays in Texas, beef is still king of the barbecue pit, especially brisket, which is a smoky umami bomb encased in a blackened bark. Slice os brisket might as well be the official state salute.

Texas barbecue: across the state 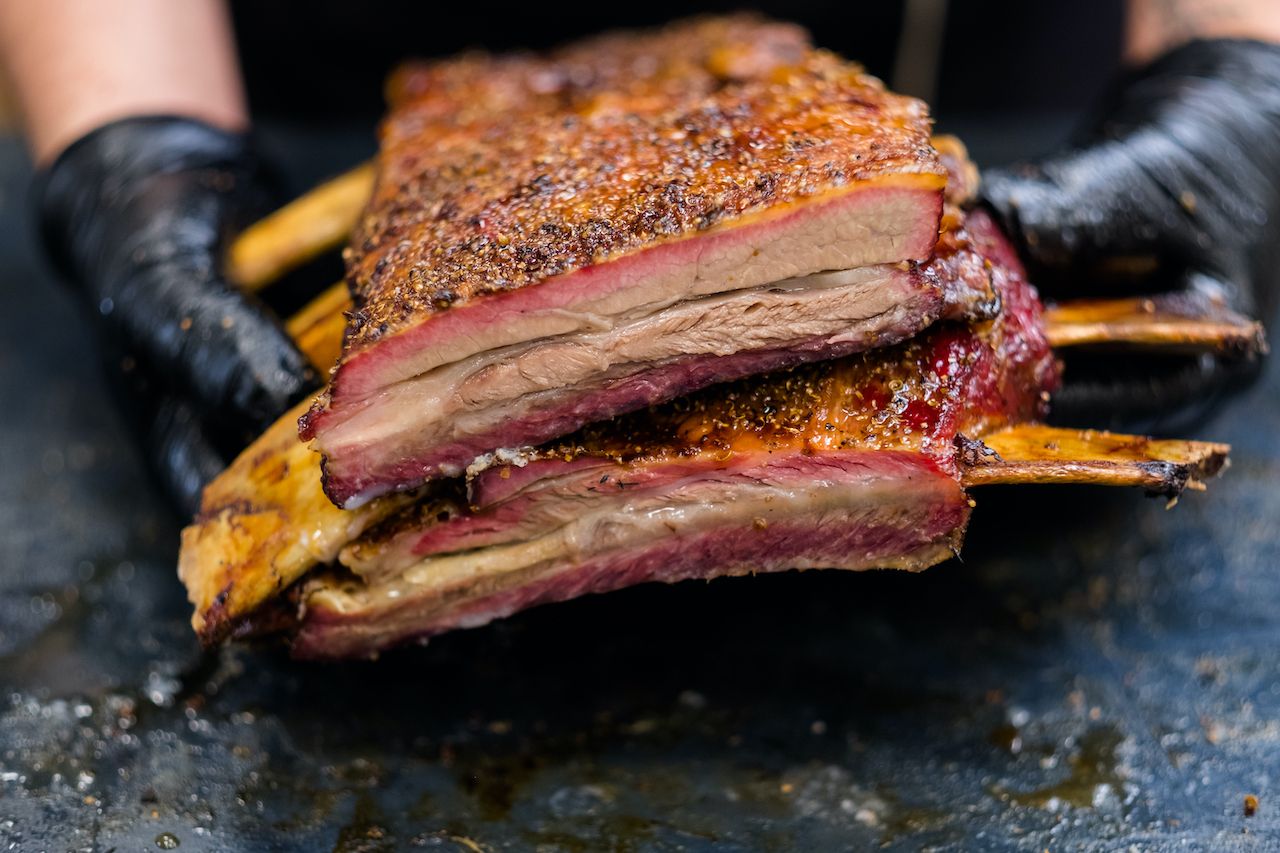 Though the world outside Texas typically paints the state’s barbecue with one brush — brisket, beef ribs, or sausage, rubbed with little more than salt and pepper — that brush is generally emblematic of Central Texas or Hill Country barbecue. Sure, you’ll find these damn-good classics on the menu throughout the state, but you’ll also find other surprising discoveries in your travels. Here are some important regional differences that come to mind:

In other words, you’ve got to tread carefully when making any generalizations about Texas barbecue. Larger, older, and more diverse than many states, Texas has been a proving ground for pitmasters, smokers, and chefs for centuries. Yes, you’ll find a lot of beef, but you’ll also encounter some of the most delicious pork, turkey, chicken, duck, sausage, and even goat. And it’s still a constantly evolving experiment, so you can never really have the same barbecure trip twice.

Going beyond the platter 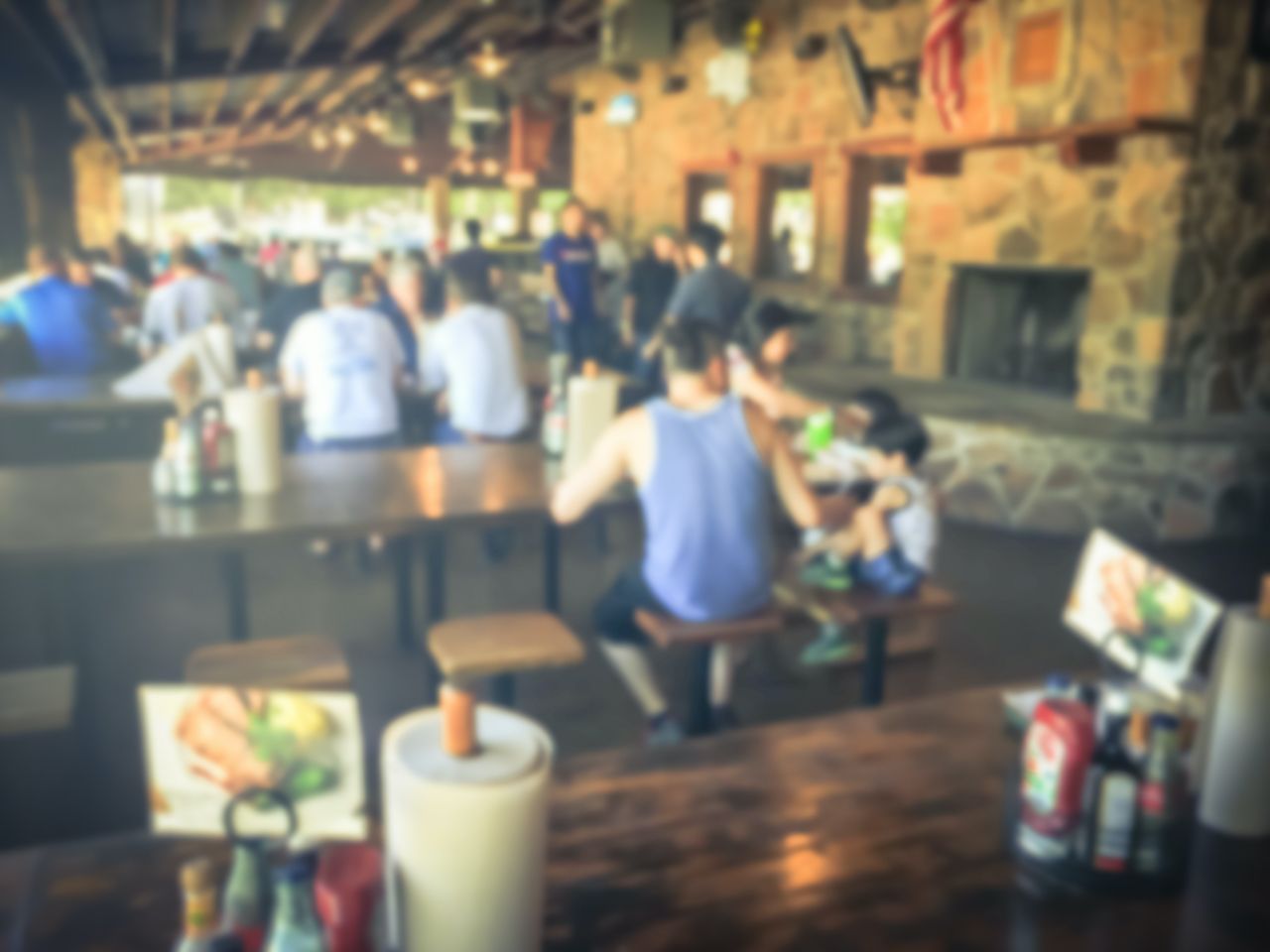 One of the reasons barbecue has historically been so endearing is both its accessibility and its representation as a food of and by the people. Smoking a brisket is an hours-long, sweaty labor of love. The fact that it endures in a time of faster-than-fast food and meal delivery apps says something about Texas as a whole.

“Pitmasters have become primary to the conversations,” says Kelly Yandell, Texas food writer, photographer, and past president of the Foodways Texas advisory board. “This is difficult, creative labor that often takes place over the span of 14 to 16 hours. They’re sleeping on mats in the back when they get started. It’s a real appreciation of labor in a world where we’ve sort of moved away from [that] in favor of technology.”

So pull up a chair at a beloved barbecue joint and start appreciating. You’re likely to be seated at a long table in earshot of a few dozen locals. Your tools are humble: pink butcher paper, a sack of white bread (or maybe even a few tortillas), paper napkins, and plastic utensils — though consider just diving in with your hands. In some places, they’ll load you up with sides; in others, you’re encouraged to bring your own.

But as incredible as Texas barbecue is, it’s also the stories you’ll learn along the way that make for such a meaningful vacation itinerary. The hours-long lines at the buzziest joints are tailgate-like occasions filled with fun conversations, doughnuts, and cold beers passed down the line. Or sometimes it’s about sitting with a fourth-generation proprietor whose business has witnessed the entire lifespan of its community. Those conversations and life lessons are invaluable — yet they’re often so graciously served up for free alongside a portion of ribs and collard greens. It’s hard to find a more meaningful travel experience than that.

Three days in Black-owned Houston: Retracing the past, stepping into the future

The 9 most exciting boutique hotels in Dallas

The best Dallas Airbnbs, from a Deep Ellum warehouse to a family ranch

The best Route 66 stops in Texas, from 72-oz steaks to the ‘Grand Canyon of Texas’