Denver is burning up. And, no, it has nothing to do with its 300 days of annual sunshine. Between award-winning chefs, secret-box-making artists, polyethnic cajun slamgrass bands, canned wine, and a historic brick foundry turned open-air market, Denver is a place where — perhaps more so than anywhere else in America — creative people are encouraged, sponsored, and enthusiastically celebrated. If you’re visiting for the first time, there’s a lot to do, but here’s a quick rundown of things to do and see.

You’ll see a few shades of Denver on the Cherry Creek Trail, all while traversing the city from the downtown southeast along the creek past ritzy shopping districts, neighborhoods, and homeless camps. The trail crosses under several of the city’s big thoroughfares, making it a popular part of biking home after a night of partying downtown. 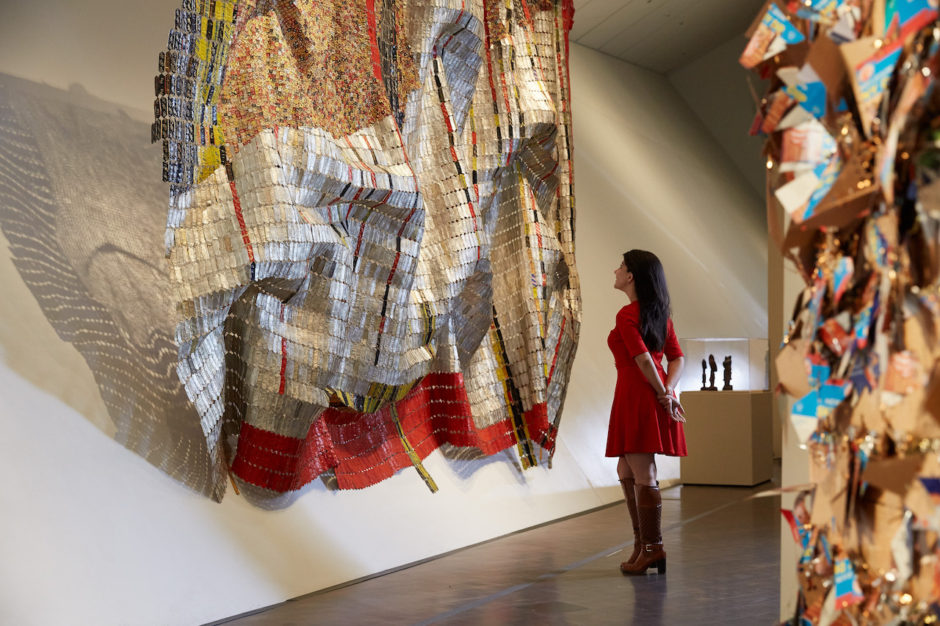 The Denver Art Museum has put itself smack dab in the middle of the map. Or rather, the museum’s director, Christoph Heinrich, put it on the map with his notable exhibits, bringing national attention to the thriving art scene right here in The Mile High City.

Exhibits under Heinrich have included Yves Saint Laurent: The Retrospective, celebrating the life and achievements of the most revolutionary fashion designer of the 20th century; Becoming Van Gogh, which introduced more than 60 public and private collections from Europe and North America; and Brilliant: Cartier in the 20th Century, a Denver exclusive, organized by the museum to feature an array of objects created between 1900 and 1975 — think jewel-studded necklaces and watches so fancy you have to call them “timepieces.”

Of course, not all art lives in a gallery, so let’s not forget the Denver Center for the Performing Arts, the nation’s largest nonprofit theater organization. It hosts no shortage of the shows you’ve heard about a hundred times, but never dreamed you’d make it to. Kids still humming “Do You Want to Build a Snowman?” and dressing up like Elsa? Take them to see Frozen onstage before it even makes its debut on Broadway. Because believe it or not, the Denver Center for the Performing Arts is actually one of the preferred destinations for Broadway tours in the nation. And yes, you can expect Hamilton here in 2017.

If you’re heading to Red Rocks or spending time in Morrison, people will likely tell you to stop by the Morrison Inn. That’s all well and good, but for amazing wings served alongside the road in a setting that doesn’t give a shit about modern trends, this little shack is as good as it gets.

Ever hear of Colorado style pizza? It’s as good as New York or Chicago as long as there’s plenty of honey. Get a mountain pie. Also, don’t skip the salad bar. The original location in Idaho Springs is the best place to fill up on the way back from skiing.

Washington ParkDenver, United StatesDenver’s mini-Central Park. In the city, but big enough you can feel secluded.

Wash Park is an incredible place to people watch. On summer weekends, it fills up with lively, drunken volleyball matches, but throughout the week you’re likely to catch a glimpse of Denver’s best-looking joggers, tennis players, and even croquet hounds.

Get into the community spirit 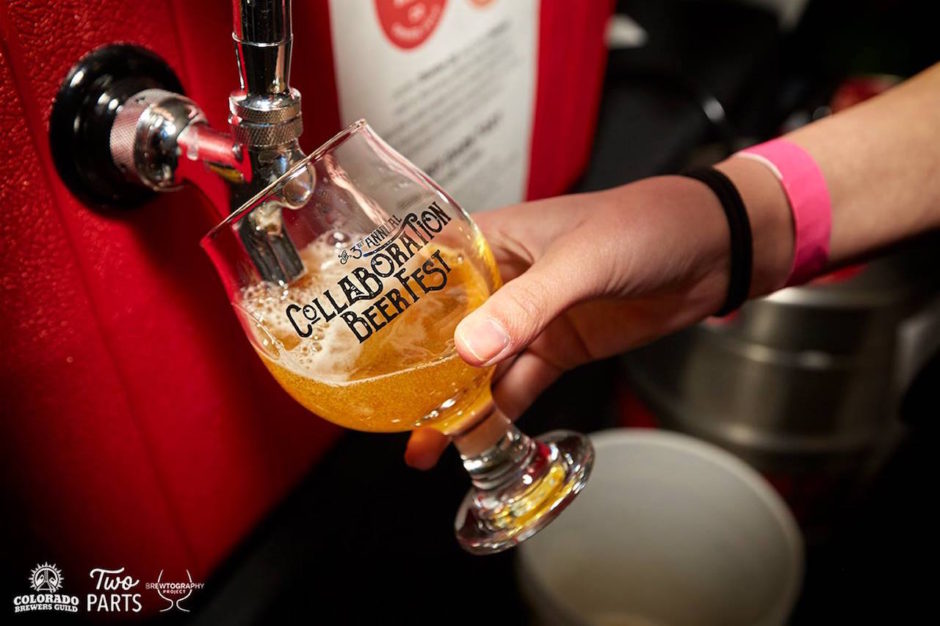 Denver is like that rare kid who actually enjoys group projects. We even have a festival named for it. Collaboration Fest encompasses more than 75 collaborative and global beer projects, where each beer must be the delicious result of at least two breweries working together. And it’s followed by one heck of an after-party.

Other collaborations have brought us the 18-piece ensemble of Michal Menert Big Band as well as the foamy and frothy romance between New Belgium Brewing Company and Novo Coffee (coffee-cherry-infused beer, anyone?).

The neighborhoods of Denver are full of quirky dive bars and pubs like Govnr’s Park Tavern that, beyond the laid-back vibe and dress code of the city, have served to define Denver’s culture. Grab a bike and check out as many of them as you can. It seems as though everyone living in Cap Hill, Wash Park, or Governor’s Park has a bar they claim as home turf, but it’s not uncommon to float between a few of them on Broncos’ game days.

Everyone knows where John Denver got his name, but did you also know Earth, Wind & Fire’s singer Philip Bailey is a Denver native? And that’s just the beginning. There’s also Big Head Todd and Leftover Salmon, both of whom got their start in the area. And if those names alone aren’t interesting enough to make you buy an album, jam band Leftover Salmon describes their genre as “Polyethnic Cajun Slamgrass” — which is a fusion of bluegrass, rock, country, and cajun/zydeco. Sold on some slamgrass? Of course you are.

It doesn’t stop there. Denver bands like Nathaniel Rateliff & The Night Sweats, The Lumineers, Tennis, DeVotchKa, Pretty Lights, The Motet, and Big Gigantic have been taking the world by musical storm. And you don’t have to head to Red Rocks to see killer shows by these artists (although you should if you get the chance). There are plenty of smaller venues in Denver to check out the local live music scene, especially in neighborhoods like South Broadway, LoDo, East Colfax, RiNo, and Five Points.

It’s impossible to say you’ve been to Denver if you haven’t spent some time on Colfax. Many of the city’s most legendary bars, restaurants, music venues, and long-running mom and pop shops dot this legendary street. Park the car and walking around because odds are that you’ll wind up having some interesting conversations (and learning a thing or two about the city in the process).

If there is one place to go in Denver after the bar’s close, it’s Pete’s Kitchen. Open all night, shaving gyro meat right off the leg of a lamb in front of customers after they order, and always full of crazy characters. Not into gyros? It’s all good, they’ve got an extensive menu that includes everything you’d expect from a late night diner plus some special surprises.

Ask a Denverite where the best burger in town is, and Cherry Cricket will be the response. The Cricket, the dive-iest place in ritzy Cherry Creek North, has been around since 1945 and as long as I’ve known about it, has been considered a living legend. The burgers bring people in, but the solid beer selection and friendly staff keep them hanging around. 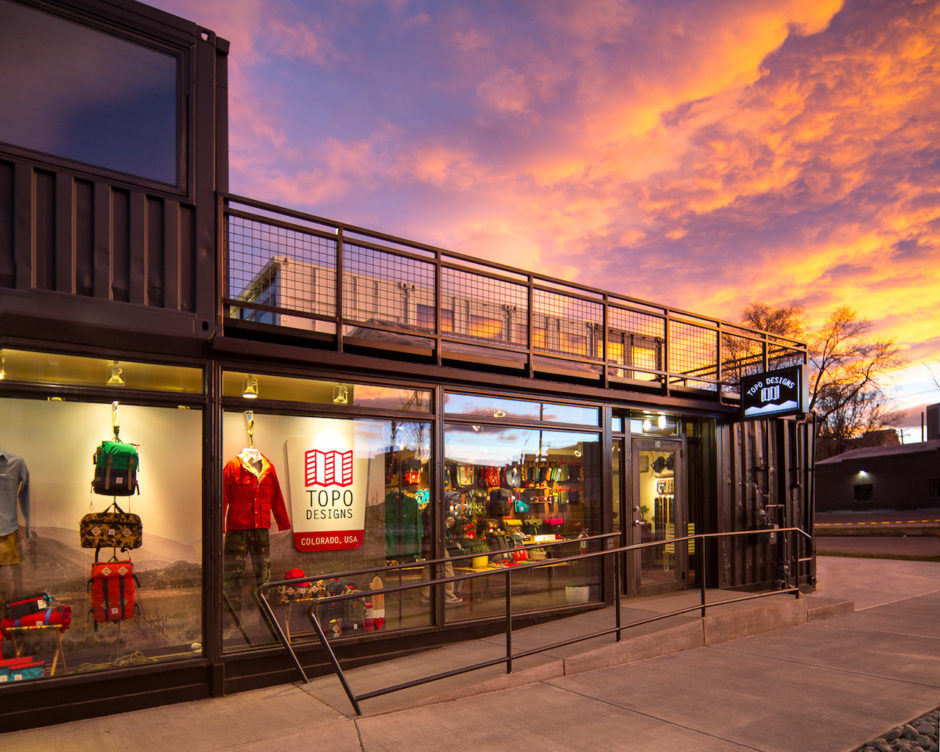 Between a bounty of boutiques, shops, markets, cafes, and restaurants, you’d have more of a difficult time trying not to shop local here. Some local businesses to check out in Denver are Topo Designs, an American-made outdoor apparel, gear, and bag store that shapes their philosophy around mimicking the simplicity of nature in their merchandise; Spinster Sisters, which sells natural soaps and lotions; and Tattered Cover, a massive independent bookstore that hosts as many as 400 authors, illustrators, and other people-with-interesting-things-to-say every year.

Grocery shopping? Hit up The Source, an artisan food market that occupies an 1880s brick foundry; Denver Flea, which has anything and everything from magnetic cutting boards to homeopathic bath salts to honey sage biscuits; The Big Wonderful, bringing together art, music, and food (and drink!) in weekly markets in an effort to rejuvenate local neighborhoods; Stanley Marketplace, which is new this year and will feature roughly 50 independent local businesses in one space; Central Market, a collective of community-oriented food artisans (creating anything from ice cream to ramen to homemade pasta) that’s opening this year; and Horseshoe Market, which is the city’s prime spot for indie crafts and vintage goodies.