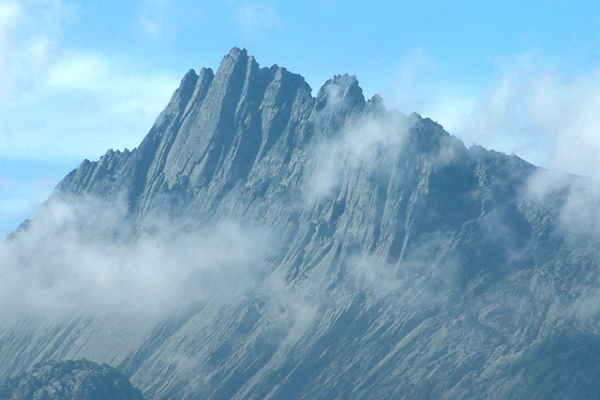 He could just go to high school and be a normal senior. Or he could climb mountains.

JOHNNY COLLINSON isn’t your normal high schooler. His friends might be fretting about the SATs and finding a date for Friday night, but he’s had a tougher goal: climbing the seven summits—the highest peaks on each of the seven continents.

“I want to live life instead of watching it on TV,” he says.

On January 18, Collinson reached his goal and became the youngest person to climb all seven summits after completing the ascent of Vinson Massif, the highest peak in Antarctica at 16,067 feet.

Mountain climbing has been an integral part of Collinson’s entire life. He climbed his first mountain—Mt. Rainier—at age four and holds age records on many of the mountains that he climbed throughout his childhood. Though he’s had his eyes set on the world’s highest mountains for most of his life, his quest to summit all seven peaks began in January 2009 when he climbed Aconcagua, located in Argentina. From there, he summited Everest, Denali, Elbrus, Kilimanjaro, and Carstenz.

Though Collinson just broke the record, another young climber, Jordan Romeo, is gaining momentum to shatter it. Only 13 years old, Romeo only has Everest and Vinson left to summit, both of which he plans to climb in 2010.

The video below was created by Collinson before he summited all seven peaks, but it’s an inspiring look into the circumstances that propelled him to reach his record-breaking goal.

Interested in climbing something more manageable? Here are 8 massive mountains that mortals can summit.

What did you think of this article?
Meh
Good
Awesome
Bookmark
Posted In
Climbing Hiking
Destinations
Antarctica

Can you name the countries closest to Antarctica? [QUIZ]

A 4-part itinerary for one incredible trek through Japan