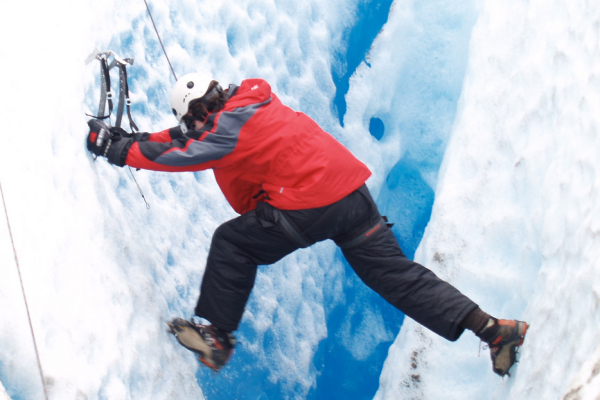 This season, check out some of these non-traditional sports, each giving a unique way to access terrain and have a lot of fun.

[Editor’s note: This post is sponsored by our friends at REI.]

WHILE SKIING AND SNOWBOARDING are classic winter sports for the family, there are several up and coming winter sports that give you unique ways to have fun and explore outside. Here are five we have our eyes on this season:

If you’re looking for a sport that includes the furrier members of your family, this is it. Ski joring is a combination of dogsledding and cross-country skiing in which a dog or a team of dogs pulls along a rider on skis.

Unlike dogsledding, you don’t need a team of malamutes to start ski joring – any medium to large-sized dog can play, as long as they don’t mind a romp through the snow (most dogs don’t). Since ski joring harnesses don’t have any reins to steer, you’ll want to teach your pups basic dogsledding voice commands before heading out.

While any pair of cross-country skis will work for ski joring, serious racers prefer skate skis made by companies like Atomic Team. To reduce the risk of accidental injury to your dog, avoid skis with metal edges.

Don’t forget to equip your four-legged teammate either. To protect your dog’s paws, set them up with a pair of cold-weather booties. The best booties will have rubber bottoms with plenty of traction, like Ruff Wear Grip Trex. If your dog is a shorter-haired breed, a dog coat will help them stay comfortable in the snow.

Sledding may still be kids’ winter sport of choice, but that doesn’t mean that adults can’t enjoy it too. 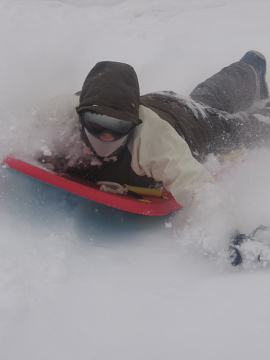 Unlike normal plastic sleds, high-performance designs like the Hammerhead Sled work just as well on the mountain as they do on neighborhood sled hills.

The Hammerhead’s shock-absorbing aluminum frame and included skis can handle everything from hard-pack to light powder; with the optional powder skis, it can handle much deeper snow as well.

For mountaineers, winter trekkers, and anyone else who needs a sturdy sled, the Paris Company Expedition Sled is made for hauling gear through winter conditions. The sleds are made to be used with a harness, and have grommet-reinforced tow holes for extra durability.

Like their name suggests, splitboards are snowboards that can be split in half to become skis, opening the way for traversing backcountry terrain without having to lug around snowshoes

In board mode, a splitboard rides just like any other snowboard. Switching over to ski mode only takes a couples of minutes and involves undoing a series of metal clasps that join the halves together.

While splitboards aren’t nearly as common as traditional decks, a few manufacturers produce their own models. Burton’s S-Series Split Snowboard has a solid reputation and comes at a reasonable price.

If you’re planning on heading off-trail, make sure that you’re well-versed in backcountry safety. REI is a great resource for information and expert advice on avalanche safety as well.

Ice climbers use specialized gear like ice axes and crampons to climb frozen waterfalls and other ice formations. While ice climbing isn’t for everyone, adventurous types can catch some of the mountain’s greatest views, not to mention the rush of going up something that normally goes down. 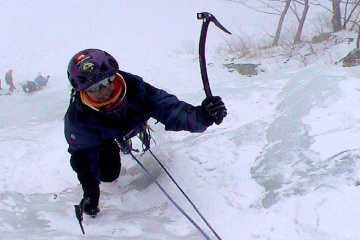 REI has some great resources and articles on ice climbing equipment and technique. Proper footwear will go a long way towards keeping you safe and comfortable on the ice. Modern mountaineering boots are made specifically for climbers and have removable inner booties designed to speed up drying time. You’ll use the same harnesses and ropes that you’d use for rock climbing, plus sport-specific devices like ice screws.

Like all mountaineering and climbing, ice climbing should only be attempted with proper training and practice.

You could call snow skating the feisty little brother of snowboarding. Instead of the traditional gear, the sport uses a board that resembles a thick plastic skateboard deck, usually with higher, boot-friendly kicks. The result is a ride that has the feel of a skateboarding session.

Which kind of board you pick depends largely on where you’re planning on riding it. Alpine boards have one or more ski-like runners, as well as a leash to stop runaway boards in case of a fall, while decks made for neighborhood freeriding often sit directly on the snow, using grooved channels in the bottom of the board to stop it from spinning.

Just like skateboarding, protective gear is a must for safe snow skating. At minimum, you’ll need a helmet and wrist guards; if you’re just getting started, knee pads aren’t a bad idea either.

For ideas to help you get your family outdoors this winter, check out 8 Winter Adventures to Get Kids Excited About the Outdoors.

7 underrated spots in the US for stunning fall colors beyond New England
For the perfect day of hiking and Colombian coffee, head to Jardín
The tallest, spikiest, and most colorful cactuses you can see in the Southwest
The most underrated, crowd-free national monuments in the West
The most beautiful and emptiest state parks in New England