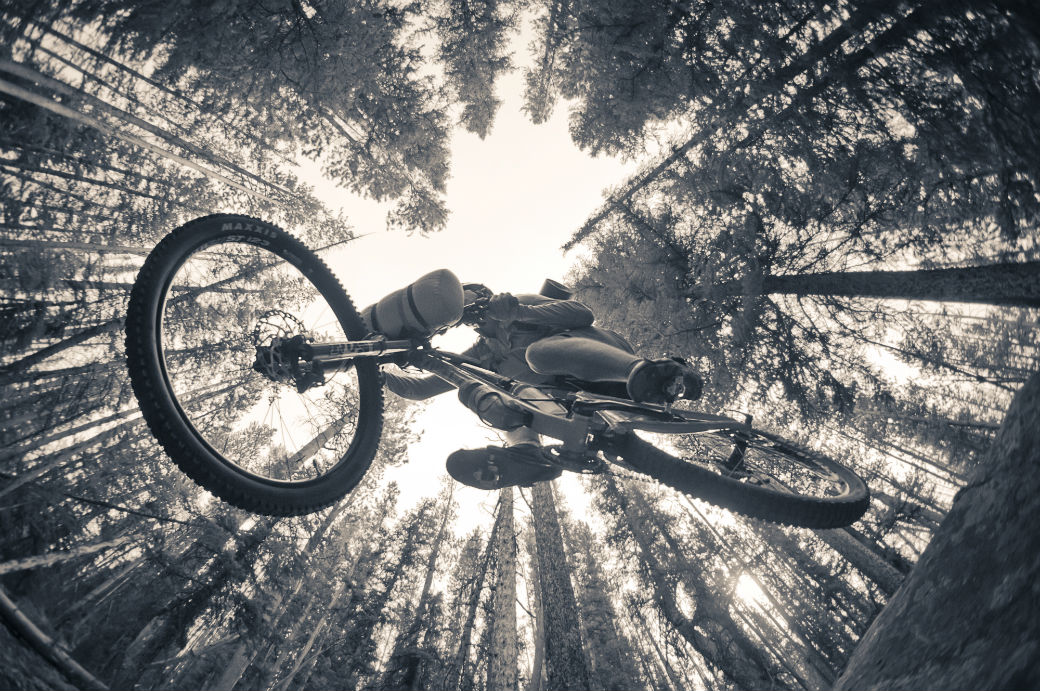 6 of the best bicycle adventures in Idaho

There are three good reasons why even well-traveled mountain bikers have never heard of the 10,000-foot Castle Divide and its 4,000-foot descent down the Little Boulder Creek Trail: 1) Locals historically haven’t blabbed about it, 2) It requires a 4-hour vehicle shuttle from the Fourth of July Trailhead to the Little Boulder Creek Campground, and 3) Modern mountain biking culture is being pushed toward frontcountry manicurization, groomed flow trails, and yes, chairlifts.

The tide is turning, though, and the same locals in Sun Valley who used to hoard this secret as though it were Hemingway’s long lost fishing hole are now engaged in an effort to save it from becoming a federally designated Wilderness Area. That means they want you to ride the best backcountry singletrack in the northern Rockies…and then send a letter to Idaho legislators asking to keep mountain biking open in this remote corner of the state.

Basically, for the adventurous backcountry day rider, Castle Divide is not only the most prized spot in the White Cloud Mountains, but in the whole of Idaho.

It wouldn’t have been a great idea to be riding along the St. Joe River in the summer of 1910. Or at least, it wouldn’t have been much fun on the 21st and 22nd of August, when the largest forest fire in American history tore through the region, destroying three million acres of prime timber and burning entire frontier towns to the ground. Lucky for us, the forest has been rejuvenated, the small historic towns rebuilt, and the paved St. Joe River Road stretches for over 80 miles along this northern Idaho Wild and Scenic River.

The road is so hard to get to that most southern Idahoans don’t even know where it is. Those who do know it go for one of three reasons: to fly fish, to ride, or to simply get away from it all. If you’re looking for all three, you won’t want to leave, but you will want to pick up a handful of the yellow St. Joe Stimulators from the Idaho Fly Fishing Company in Avery.

From knee-deep fly fishing to wilderness whitewater, Idaho is most famous for its cold waters, but dig a little deeper and you’ll discover that hot water is also what makes this part of the country unique. The Idaho Hot Springs Mountain Bike Route connects over 50 of Idaho’s best hot-water oases with some of the least-traveled dirt roads and trails in the state.

A true “choose your own adventure,” the route has riding options for just about everyone. A 500-mile dirt road loop anchors the network. There’s a paved cutoff that chops that in half. There are four optional singletrack routes for hardy backcountry bikepackers. And there’s a spur to the Boise Airport, enabling riders to hop off their plane and immediately head to their first hot spring. 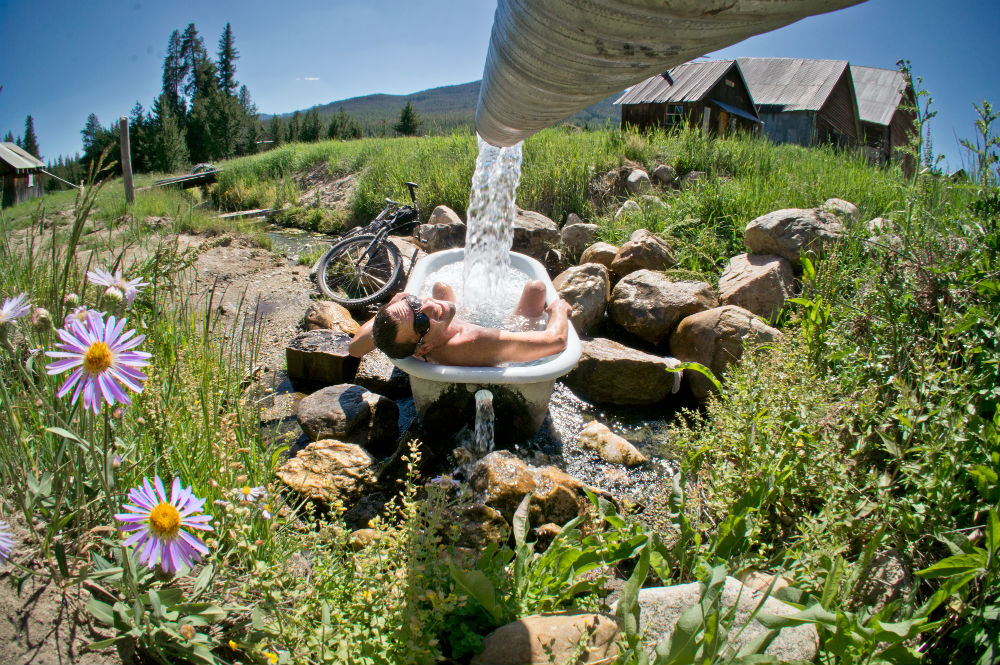 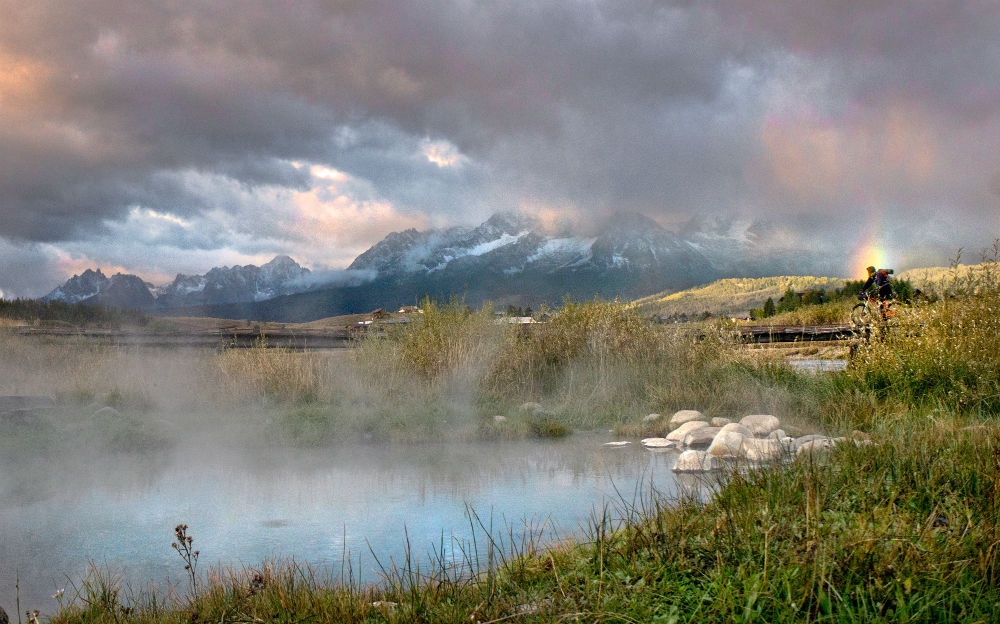 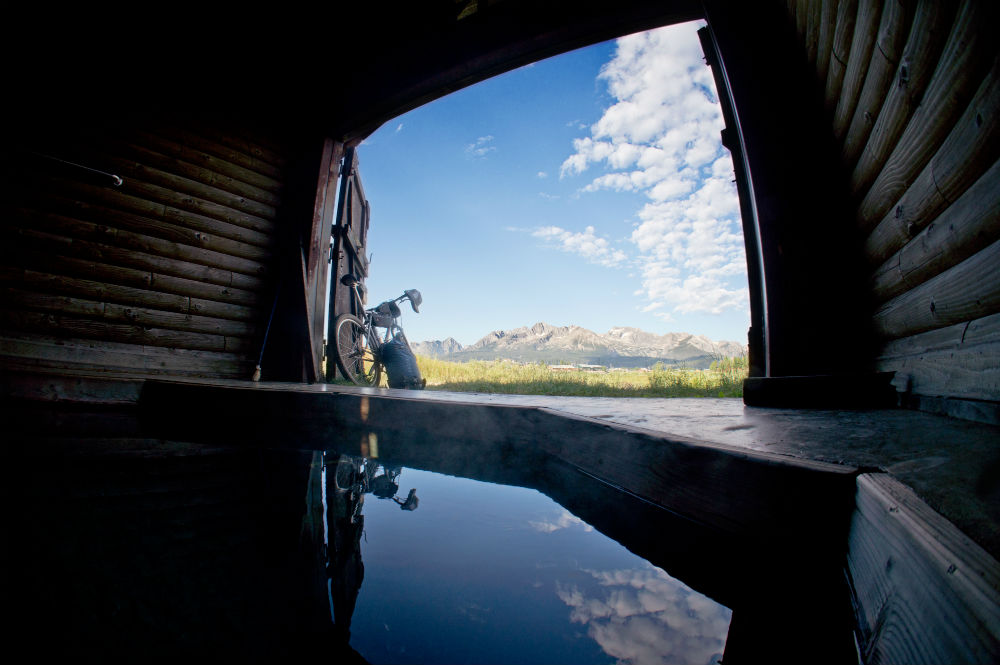 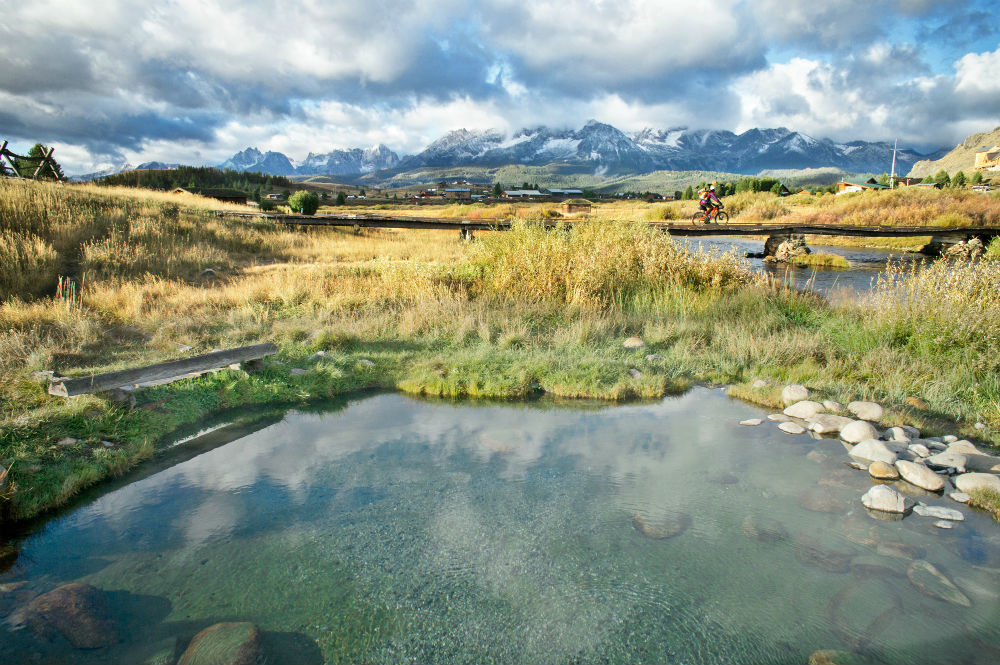 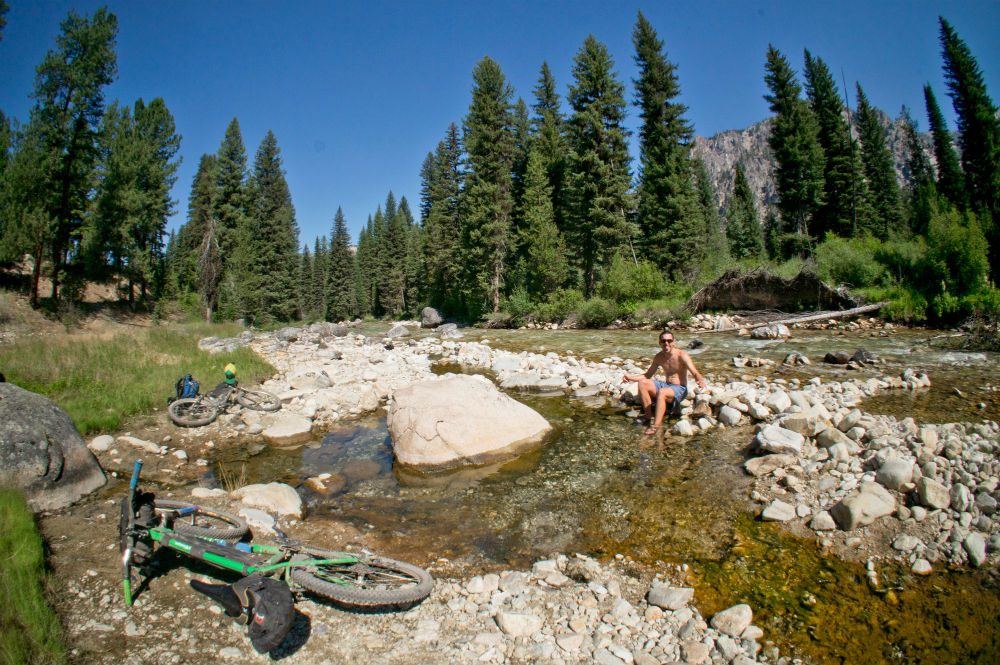 Chasing the gravel between the wilderness at Magruder Corridor

On any map, central Idaho provides a problem for cyclists: It’s chock full of no-bikes-allowed Wilderness Areas. But squint your eyes enough and one twisting line defies. This is the fabled Magruder Corridor. Reaching from the tippy-top of Nez Perce Pass on the Montana border and running 135 miles west to the “town” of Elk City, this dirt road reaches heights of 8,600 feet, and for a decent stretch forms the official boundary between the Selway-Bitterroot and Frank Church-River of No Return Wilderness Areas.

Needless to say, it’s one of the most remote dirt roads in the country. There are no resupply opportunities. A ridiculously strong rider can do this in a day, but most will take a few. Possible side trips include a climb up to Hell’s Half Acre Lookout Tower, a descent to the Selway River at Paradise, and a spur to the developed Red River Hot Springs.

Heading out with the kids

When it comes to rail trails, there may be none more spectacular than northern Idaho’s Route of the Hiawatha. Featuring 7 sky-high trestles and 10 railroad tunnels, this is a grand adventure suitable for kids of all ages. The trail is only 16 miles long, and can be ridden out and back from either side, but with kids in tow it may be a better option to use the one-way onsite shuttle service provided during the summer months.

For a bit more of an adventure, check out Adventure Cycling Association’s Family Fun Idaho Trails tour, which features multi-day action on both the Route of the Hiawatha and the nearby Trail of the Coeur d’Alenes.

The official state trail of Idaho was christened way back during the state’s 1990 centennial celebration. While its creators harbored noble thru-hiking intentions, and while it does pass through some of the most magnificent portions of the state, the Centennial presents something of a logistical hurdle for long-distance backpackers due to its lack of resupply options.

But back in the late ‘80s when the trail was being developed, the state didn’t want to make it exclusive to hikers, and so they created routing options for cyclists that skirt numerous Wilderness Areas. If all other adventures on this list seem tame, a mountain bike thru-ride on the Idaho Centennial Trail may be for you. There’s just one glaring caveat: It’s never been done.