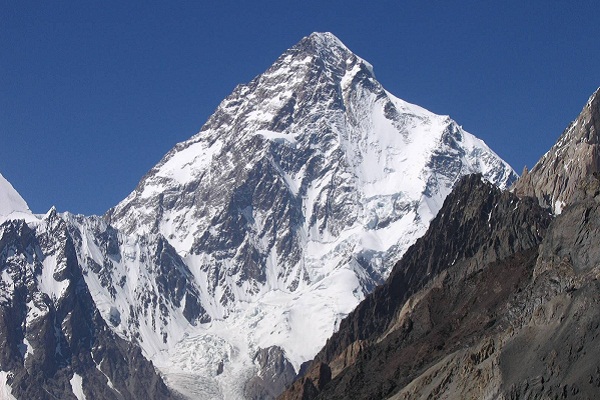 The Austrian alpinist who claimed to have made this season’s only ascent of K2 has admitted that he lied about his summit.

IF CHRISTIAN STANGL’S story had been true, it would have made him a legend: In a season where no expedition has summited K2, a lone climber splits from his party and sprints to the top and back in a 70-hour push.

Instead, after having his account questioned by several teammates, Stangl admitted on Wednesday that he had lied about reaching the top of K2 and taken his “summit” photo at a point some thousand meters lower on the mountain. Speaking to Austrian state television, Stangl said he had decided to fake the summit “in a state of coma brought on by stress and the fear of failure.”

Stangl, a well-known speed alpinist and seven summiteer, originally claimed he had reached the summit on August 10. Two days later, a climbing team discovered Stangl’s gear, much of which would have been essential in surviving a push to the top, stashed near Advanced Base Camp.

Stangl came under even more pressure when examination revealed that the landscape in his summit photo was remarkably similar to the view from one of the lower camps.

The main theme that’s sprung up both in Stangl’s confession and the coverage thereof is the enormous pressure to succeed that alpinists face. In a statement on sponsor Mammut’s blog, Stangl said that it was his own internal expectations that drove him to fake the summit.

“This pressure came from inside me,” said Stangl. “Fear of death is bad enough, but the fear of the failure in an achievement-oriented society is worse.”

Mercy from the press

While Stangl has received heavy criticism from mountaineering sites and newspapers since his confession, some responses have been almost merciful. Vinicio Stefanello, of PlanetMountain.com, pointed out that Stangl is likely not the first climber to lie about a major success.

“There are plenty of other shining examples of probable mountaineering lies, but a full-on confession like that of the Austrian is something out of the ordinary. Simply unique,” Stefanello wrote. “And this, at least, one must acknowledge.”

It’s hard for me to argue with him. Anyone who thinks that climbing on K2 was ever simple or honest is romanticizing the past. Infighting among the team that made the very first ascent of the peak would eventually lead one climber, Walter Bonatti, to sue for libel almost half a century later.

More recently, Oh Eun-Sun, the first woman to climb all of the world’s 8,000-meter peaks, had one of her ascents ruled invalid when the Korean Alpine Federation concluded that her claims of summiting Kachenjunga were not reliable.

Summiting any Himalayan peak is clearly a big deal, and we’ve come up with all sorts of contrived ways to substantiate summit claims, like GPS transceivers and satellite-tagged pictures. But none of these things have made mountaineering honest. If anything, Stangl’s fast, light, and fake ascent is the product of a climbing culture that prizes style and technical purity at the expense of all other kinds of ethics.

This scandal should be a reminder that, without a sense of honor or a purpose more meaningful than getting a write-up in the newspaper, it doesn’t matter how clean someone climbs or whether he or she uses bottled oxygen to get to the top.

Learn about the world’s most dangerous peaks on Matador Trips.

Tagged
Climbing Pakistan
What did you think of this story?
Meh
Good
Awesome

Diversifying the lineup: changing the white face of surfing
For the perfect day of hiking and Colombian coffee, head to Jardín
The 10 best US national forests to visit with a dog
How Rob Lea invented and crushed the Ultimate World Triathlon
This epic new film ‘Breathtaking’ follows climbers on the world’s most dangerous mountain: K2