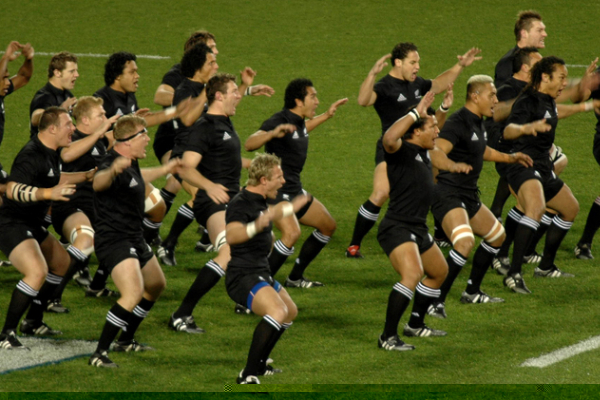 Matador Sports keeps the extreme theme going with a look at one of the most intense moments of the 2003 Rugby World Cup.

JUST ABOUT EVER rugby fan on Earth knows the Haka, the war dance that New Zealand’s rugby union selection performs before all of their games.

Usually, it’s a one-sided performance: the other team just stands and waits for the “All Blacks” to finish. During the 2003 Rugby World Cup in Australia, however, New Zealand found itself facing another nation with its own war dance, the Pacific island of Tonga.

Moments after New Zealand began the Haka, the Tongan players launched their own challenge, the Sipi Tau. What followed was one of the most ferocious beginnings to a game in rugby history.

Don’t know your rucks from your mauls? Get educated with Matador Sports’ photo essay Anatomy of a Rugby Match.