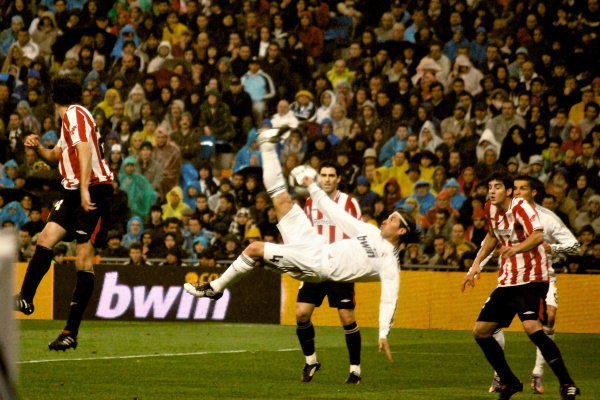 This Friday’s video is all about one of soccer’s flashiest tricks, the bicycle kick.

KNOWN IN SPANISH as chilenas, bicycle kicks began to appear in soccer games sometime in the late 19th or early 20th century. It’s unclear exactly where the move developed: Chile, Peru, Brazil, and Italy all claim to have originated it. Today, many fans associate bicycle kicks with the Brazilian national team, and players like Ronaldinho are famous for nailing the move.

As fancy as they look, bicycle kicks actually have a practical use. They enable players facing away from the goal to shoot without having to turn and risk losing the ball to defenders.

There are hundreds of best-of videos of bicycle kicks on the internet, but this reel from MLS is my favorite. It has some great close-up footage, so you can see exactly how it’s done.

The World Cup kicks off two weeks from today. Brush up on your fútbol in our soccer section.