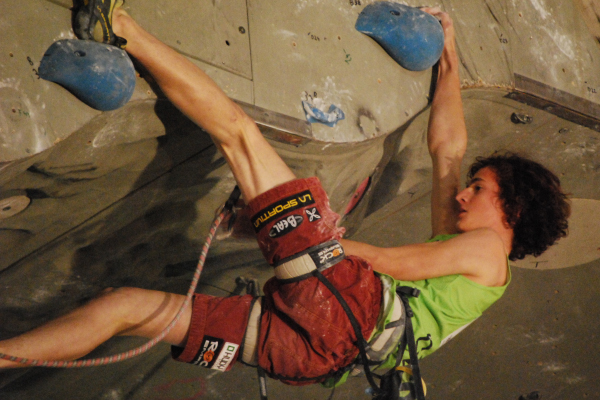 Adam Ondra climbing. At 17, he’s one of a handful of World Cup climbers likely to still be competing in 2020. Photo: Svicova

The International Olympic Committee has granted full recognition to sport climbing, making it eligible for inclusion in the 2020 Summer Games. Pro climbers say they want to compete, but many likely won’t get the chance.

IN AN EMAIL to Matador Sports, World Cup climber and former US bouldering champion Paul Robinson said he thought climbing would benefit from becoming an Olympic event.

“Having competed since the age of 12 I have always wanted to be an Olympic athlete,” wrote Robinson. “I think it will be a great addition and hope it gets the true attention that the sport deserves.”

Other professional climbers have said the same. In separate interviews, Adam Ondra and Patxi Usobiaga, who are first and second in world lead climbing rankings, said that they would compete in the Olympics if given the chance.

Climbing “bigger than ever before”

The IOC’s decision comes at a time when competitive climbing is gaining popularity worldwide. In Europe, sport climbing championships get national media coverage and top climbers are celebrities.

In the US, where climbing has never been a high-profile sport, competitions like the American Bouldering Series are now drawing record numbers of spectators.

“Climbing is getting much bigger than ever before,” wrote Robinson, who placed eighth in this year’s ABS Nationals in Alexandria, Virginia. “It is crazy to see the turnout change from such a small presence to such a large amount of people watching and competing.”

The events for the 2020 Summer Games will be decided in 2013, so the International Federation of Sport Climbing now has three years to make their case. They’ll have to convince the IOC that sport climbing has sufficient global participation and can bring in viewers for the games.

In an interview with Planetmountain.com, IFSC president Marco Scolaris said that the 2011 and 2013 Climbing World Championships would be key in getting climbing included in the Olympics.

“If we manage to produce two great events, with lots of spectators and athletes, and if we manage to get the world to watch them, then we’ll have made a big step forward,” he said.

Too old to compete?

Even if climbing were to debut in the 2020 Games, it would probably be too late for climbers like Patxi Usobiaga and Chris Sharma, both of whom would be pushing 40.

Some younger athletes might have a better chance. Adam Ondra is 17, as is Johanna Ernst, the current women’s lead climbing champion; in ten years, they’ll be at their physical primes. Robinson, who is 22, is hopeful that he still has time.

“I mean I would be 32 by then,” he wrote. “Maybe if I can keep up with the young ones right now, I may still be able to qualify.”

Think you might have a shot at gold? Get training with Sports’ guide to getting started bouldering and tips on becoming a better rock climber.