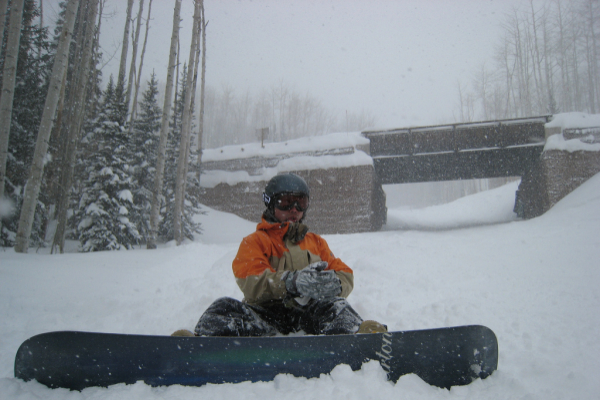 70-plus days of riding the Utah powder. Free lift tickets and early admission to the slopes. Olympic clinics in sports like biathlon and Nordic jumping. Maybe even a free pair of skis or snowboard.

YOU MIGHT AS WELL call Salt Lake City’s Winter At Westminster program “Semester at Ski.” The program, which bills itself as a study abroad alternative for adrenaline junkies, pairs liberal arts education with some of the world’s best skiing and boarding.

Students in the program spend their afternoons taking classes at Westminster College, rated by Newsweek as one of “America’s Hottest Colleges.” Mornings, afternoons, and Fridays are for riding at any of the seven ski resorts that lie within half an hour of campus.

As part of the package, students get two lift tickets, one to The Canyons and one to either Snowbird or Alta. Students who applied early this semester also got their choice of a free Rossignol snowboard or pair of Dynastar skis.

In addition, Winter At Westminster students get access to extra-curricular clinics in various Olympic disciplines and backcountry techniques, as well as chances at internships with outdoor companies like Dynastar, Lange, and Backcountry.com. To cover the program’s costs, students pay an extra $3,300 fee on top of the normal semester tuition.

About 25-30 students take part in Winter At Westminster each semester, and the program generally gets good reviews.

Westminster graduate and Canyons employee Hannah Bowling said that she loved the program so much, she decided to transfer from her original school, Montana State.

Besides helping students land jobs, Westminster has a reputation for turning out an incredible number of world-class athletes: out of the 36 members of the current US Freestyle Ski Team, 14 are Westminster students or grads.

Winter At Westminster is accepting applications for spring 2010 until November 15, with late applications considered for another month after that.

Learn more about study programs around the world at Matador Abroad.

Diversifying the lineup: changing the white face of surfing
The 10 least-visited national parks in the US, and why you should go
For the perfect day of hiking and Colombian coffee, head to Jardín
The 10 best US national forests to visit with a dog
7 merry, magical spots to see garden gnomes in the wild

18 superpowers you have when you live in Salt Lake City

9 signs you were born and raised in Salt Lake City