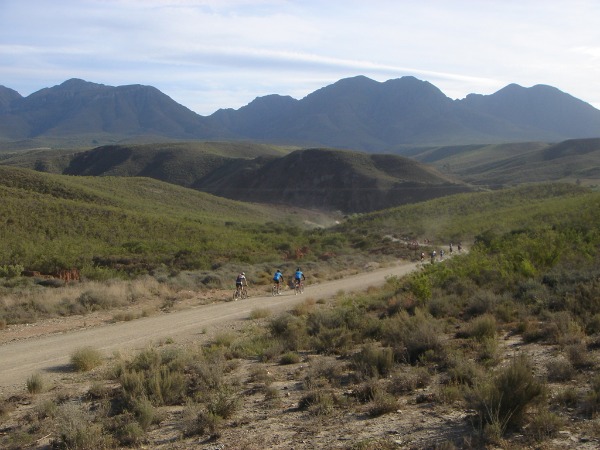 The Absa Cape Epic and its super-secret mountain bike course are about to come to TV. Morgan DeBoer gets the lowdown.

The Cape Epic, the most televised off-road mountain bike race in the world, begins on March 27th. The eight-day, 707-kilometer epic races up mountains, over long stretches of wagon track, and through forests, with a total elevation change of over 1,400 meters. 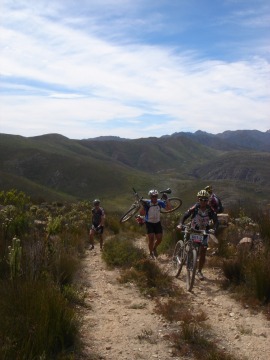 Six hundred teams of two registered for the race last spring. For $35,400 South African Rand per team–almost $5,000 USD–riders are set up with accommodations and meals during the race, transportation of luggage while cycling, and any necessary medical assistance along the route. Upgrades to the registration, like better sleeping arrangements or nutrition counseling, can be purchased at a higher premium.

Don’t let the fact the amateurs can participate trick you into thinking that the course is easy. Some riders train all year for this one event. Just Google “cape epic training” and you’ll have no trouble finding past contestants’ training schedules or a professional who will help you get ready. 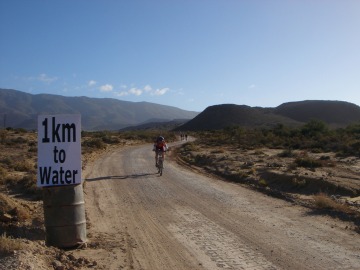 Sports resort Club La Santa runs an “Absa Cape Epic Mountain Bike Training Camp” for what they refer to as a “magical and untamed African mountain bike race”. I’m not 100% sure what a sports resort club does, but I do know that their training camp has seven days of riding for up to six hours each.

The website has estimated times for each stage and elevation graphs, which could either be meant to be informative or psych out the racers, since there is just enough information there to show that they’re really tough. Even their Twitter feed is intimidating. @AbsaCapeEpic recently tweeted, “39 days to go until the start of the 2011 edition of the event…how nervous are you?” 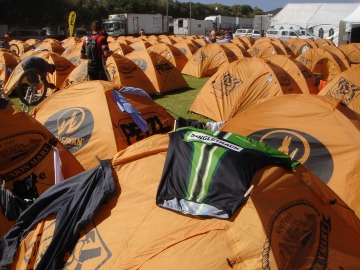 The most interesting part of of this annual race, to me, is that the terrain is different every year and no one is exactly sure what they’re up against until race day. It always takes place along the west coast of South Africa and it always ends at Lourensford Wine Estate, but every other detail is up in the air.

A lot of the land is on private property opened exclusively for the race, and if riders are caught on the trails on any day after the race, they are banned from competing in any future Cape Epic. Riders are also not permitted to track the super secret route of the race on a GPS. These organizers are serious.

Though the specifics of the route are kept on the down-low, the video below shows maps and video of last year’s race with interviews with some riders. The footage and the scenery will give you a sense of why this is the most televised mountain bike rase in the world.

Tagged
Cycling South Africa
What did you think of this story?
Meh
Good
Awesome

These South African chefs are changing the global fine-dining landscape