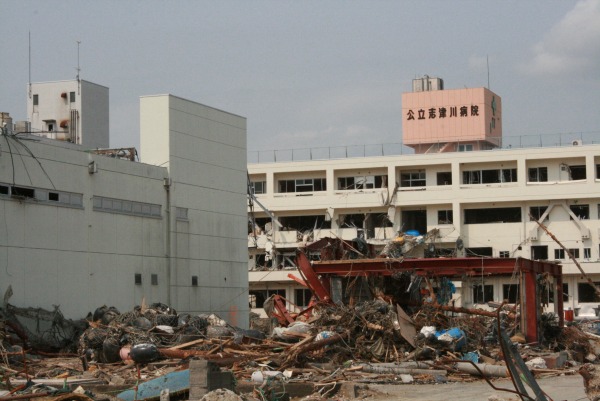 Matador athlete Shon Bollock explains why his crew The Shasta Boyz will continue their plan to film a kayaking expedition in Japan.

Satisfaction. For many people it comes from acquiring material wealth or landing a good job, but I find myself most satisfied in exploring unknown places.

Of course there is fear, anxiety, and uncertainty whenever one embarks on an adventure that has considerable risk, but in the words of someone greater than me, “every worthwhile accomplishment was reached because someone was willing to take that risk.” 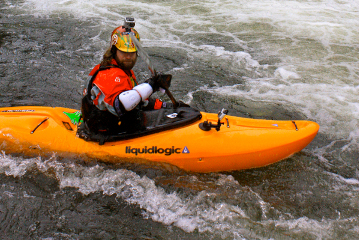 Our crew (myself, Cody Howard, Ryan Knight, Darin McQuoid, Nick Calderone, and Brandy Suppi) had already booked tickets from LA to Tokyo when the earthquakes and their resulting tsunamis and nuclear facility damage occurred in Japan.

This trip came about after talking to a good friend of mine, fellow filmmaker Cody Howard of Huckin Huge. He was stationed there while serving in the Marines and led a group of kayakers back to shoot for his first film, the Risen Sun. Cody gave us a best guess for when the snow melt would be ideal, so with his insight we booked our tickets for May 10th-27th hoping for good water levels.

Japan intrigued me for many reasons but above all I wanted to immerse myself in a new culture, a new country, and somewhere that I did not understand the native language. Not to mention Japan is a beautiful country containing extensive steep terrain with a lot of waterfalls.

I have very few rules when deciding where to go for a kayaking adventure, but this is the first time a natural disaster made our team rethink the trip to make sure the risk is worth the adventure.

Personally I believe that this trip is more necessary now than ever before.

After seeing the staggering footage from the earthquakes and tsunamis I did question whether it was a good idea to follow through with this trip. However that feeling of doubt was quickly overwhelmed with a greater desire to meet the people that are living with this harsh situation and to witness their strength firsthand.

The team is now heading to Japan with a dual purpose beyond filming our kayaking adventure. Our second purpose will be to help with the extensive humanitarian efforts taking place in Japan, and once in Tokyo, our local friend Yoshihiro Takahashi will fill us in on where our help is most needed. 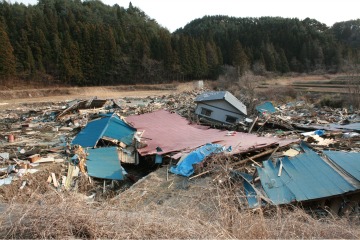 I personally would like to be one of the people on the ground documenting another perspective outside of mainstream media—which has given us a mixed bag of Chernobyl comparisons or, on the other side, statements that the threat has been neutralized.

I am tired of reading so many contradicting news reports that I want to check things out for myself, and the team will keep our followers up to date on what we find.

If there is no serious nuclear hazard to all of Honshu, then I see no constructive reason holding us back. It is clear that we are all connected in this world, from the earthquakes in Japan to the tsunamis hitting the United States’ West Coast, and we are all responsible for each other’s livelihoods.

While some see sending money as their way of helping this situation, I think sending ourselves will be a stronger gesture in showing support for the people of Japan while promoting their country’s white water and tourism economies in the same process.

And while this trip in May is the first time our team actually questioned our decision on a next location, in the end, we have decided the risk is worth the adventure. Our world is changing and we all must stand together united as one people in order to prepare for the many natural disasters still to come within our lifetimes.

Author’s Note: Check out the first four Slippery When Wet trailers, which feature Ben Stookesberry, Drew Duval, Chris Korbulic and Evan Garcia, respectively, before the film’s July 2011 release. This trip also wouldn’t be possible without the support of our sponsors, so a big thank you to them for making this trip a reality.

It was just announced that Shon Bollock has become Matador’s first sponsored athlete.