One of Popular Mechanics’s Breakthroughs of 2010, the sOccket is a soccer ball with an internal generator that Harvard students, Jessica Lin, Jessica Matthews, Julia Silverman and Hemali Thakkar, designed to serve electricity-deprived communities using the world’s most popular sport.

The ball’s mechanism is similar to those found in shake-to-charge flashlights. Through being kicked, tossed and rolled, an internal magnet is forced back and forth in an inductive coil, which then generates an electrical current. An internal capacitator stores the energy for later use. These devices add six ounces to the average 15-oz. ball.

Early models of the sOccket managed to store enough electricity to light a small LED bulb for three hours after 15 minutes of play. The second version of the ball, which was introduced in several towns in Nigeria, Liberia, and South Africa, shrinks necessary play time to 10 minutes. 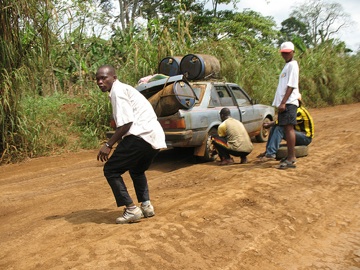 The ramifications are huge for communities in impoverished nations, many of which live without consistent or sustainable sources of energy. According to the UN Development Program, 80% of the citizens of the world’s 50 poorest countries have little access to electricity. According 2006 World Bank Millenium Goals Report, that number rises to 95% for the African nations on the list.

Many under-served communities turn to cheap, unclean energy solutions that can have destructive impacts both on personal health and global pollution. The most common form of these is kerosene. According to research in a recent issue of The Atlantic, annual emissions from kerosene lanterns equal those of about 38 million cars. The World Bank says that 780 million women and children breathing kerosene fumes each inhale a similar amount of carbon monoxide as that inhaled by two-pack-a-day smokers.

These numbers make it clear, says Lin, that there is a “huge need for cheap, clean, simple, off-grid energy solutions that are available for immediate use.” In a continent that FIFA estimates has 46 million soccer players, Lin and her colleagues have made a creative step towards that end, but one that is still not without flaws.

The most glaring problem is the ball’s price. Currently, a sOcckets prototype costs $70 to make, but the team hopes to drive this down to $10 through higher production. Once the ball has hit the shelves in the US, Lin and her co-founders will be partnering with NGOs like the South Africa-based Whizzkids United; for every sOccket purchased in the United States, one would be donated to a high-need community in Africa. 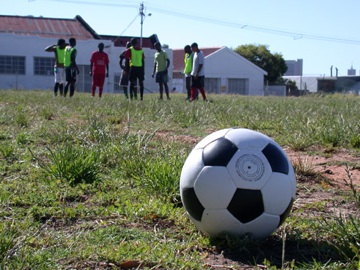 Catapult Design, another organization with which sOccket has partnered, has taken issue with this marketing scheme. Its director Heather Fleming says that freebies do not encourage the entrepreneurship that sustains new, important products in the world’s poorest markets. In response, the sOccket founders say that one of their major focuses is also to create localized production options in the communities they’ll serve.

Durability has also been another concern for the company. The average lifetime of a soccer ball is less than 90 days in typical southern and central African climates. The sOccket’s exposed outlet makes it even more vulnerable to the elements–another problem, along with increasing the ball’s efficiency, that the team hopes to work out over time.

“sOccket may not be a solution to the energy crisis,” Lin says. “But it is a new way of thinking about problems many people face on a day to day basis…and it enables empowerment, for children to literally power their own lives.”

Check out some far-out professional soccer team names on mSports.

Tagged
Outdoor Sustainability
What did you think of this story?
Meh
Good
Awesome

For the perfect day of hiking and Colombian coffee, head to Jardín 9 epic places in the US to visit on your first #vanlife trip It took 29 years and a pandemic for me to go camping. Here’s what I learned. This epic new film ‘Breathtaking’ follows climbers on the world’s most dangerous mountain: K2 9 of the clearest waters in the US to go wild swimming

Russia declares state of emergency over 20,000 tons of oil spilled into Arctic river