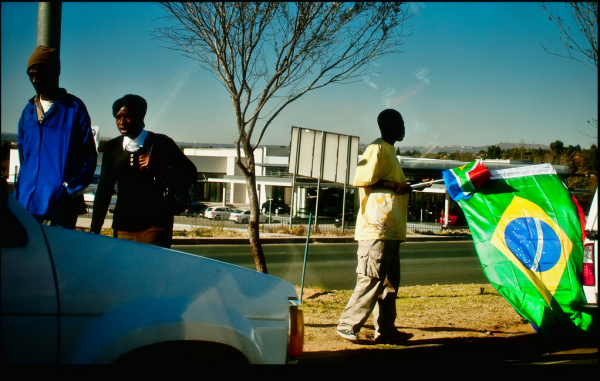 US performs but cannot deliver in “dress rehearsal” for the World Cup.

THE US NARROWLY lost to Brazil in Sunday’s Confederations Cup final in Johannesburg, after a second-half comeback saw the five-time world champions surge to a 3-2 victory.

For Brazil, the win was the anticipated result in an undefeated march that included a 3-0 victory over the US during group play.

For the US, it was the end of an unlikely run through the tournament, highlighted by Wednesday’s win over number one-ranked Spain. Despite the disappointing loss, the second-place finish is the best ever for the US men’s squad in a FIFA competition.

“The feeling is a mix of great disappointment, but also great pride,” said US head coach Bob Bradley.

The US men went into halftime with a staggering 2-0 lead. Clint Dempsey scored first in the 10th minute, volleying in a cross from Jonathan Spector for his third goal of the tournament. 17 minutes later, Charlie Davies sent a low cross behind the Brazilian defense to Landon Donovan, who finished it low and hard. Meanwhile, a stellar 45 minutes from goalkeeper Tim Howard kept the Brazilians scoreless.

This was a moment to relish in the history of US soccer. With Spain already beaten, it seemed that the US was about to accomplish the Miracle on Grass. 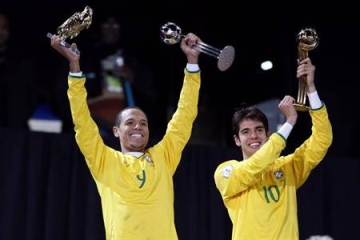 It didn’t take Brazil long to come back. 38 seconds into the second half, Luis Fabiano scored with a shot that left a blinded Howard with no chance. 15 minutes later, the US was spared a goal on a Kaka header that clearly crossed the goal line before Howard punched it out.

The missed call didn’t faze Brazil, and they persisted with constant pressure down both sides of the field. Despite a few excellent saves by Howard and the US defense, a cross from Kaka eventually made its way to Fabiano, who headed it in for the equalizer.

The winning goal came 10 minutes later, when Brazilian captain Lucio scored off of a corner kick.

Even with the disappointment of giving up a 2-0 lead, the US men can hold their heads high as they move into July’s CONCACAF Gold Cup and the next stretch of World Cup qualifiers. This was a US team that represented themselves and CONCACAF in a big way by beating Spain and making a game of the final.

It might even be worth making the trek to South Africa in 2010: if the last week is any indicator, the U.S. team may finally be ready to make some noise in the World Cup.

See the goals for yourself in this highlight reel:

Watch Sunday’s game? Sound off in the comments section below!