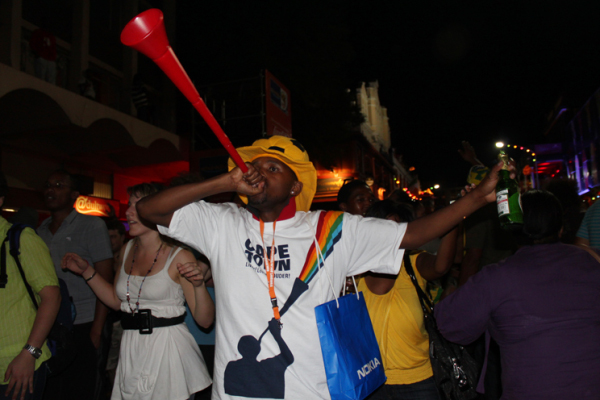 How a little plastic trumpet became one of South African soccer’s biggest symbols.

IF YOU’VE EVER seen a picture from a South African soccer match, you’ve probably seen a vuvuzela. The mass-produced plastic horns have been a symbol of fandom in South Africa since the 1990s, when fans of Johannesburg’s Kaizer Chiefs started bringing them to games.

For something that’s made entirely out of plastic, the vuvuzela has an impressive sound. I’ve heard it compared to a trumpeting elephant; to me, the vuvuzela’s sharp honk sounds more like a cross between an air horn and a giant, angry goose.

That sound grates on some players and fans, and a few have even asked FIFA to ban the vuvuzela at this year’s World Cup. 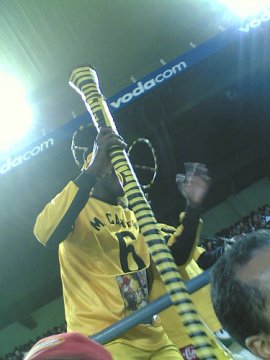 History of the Vuvuzela

The origins of the vuvuzela are a matter of debate. One theory says that it evolved from the kudu-horn instruments used to call village meetings in parts of Africa, while another story is that Kaizer Chiefs fan Freddie “Saddam” Maake made the first vuvuzela out of an old bicycle horn.

A third possibility is that the vuvuzela originated with the tin trumpets of the Shembe Church, a South African religion that mixes Zulu traditions with Christian theology. According to the Shembe, a Kaizer Chiefs fan stole the idea for the vuvuzela after visiting the church in the 1990s.

“Football is stealing pleasure from Shembe,” one church member told the BBC. “When people are playing football and hearing the vuvuzela, they are getting the power of our Holy Spirit.” Shembe leaders have threatened to sue FIFA to stop fans from playing vuvuzelas at the World Cup, though it isn’t clear on what grounds. 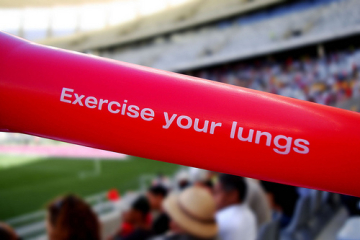 While local clubs regularly play entire games to the drone of vuvuzelas, some international players say that the noise makes it impossible to concentrate. Spanish defender Xabi Alonso and Netherlands coach Bert van Marwijk have both called for vuvuzelas to be banned from World Cup matches, as have commentators for ESPN and other networks.

So far, FIFA has rejected the idea of a ban. “It’s a local sound and I don’t know how it is possible to stop it,” Sepp Blatter, FIFA’s president, told the BBC.

But even if it were possible to ban the vuvuzela, why should we want to? I tend to agree with FIFA’s general secretary Jerome Valcke, who has said that vuvuzelas won’t be banned unless fans begin using them as weapons.

Noise is a basic part of soccer games, and whether fans are playing vuvuzelas, setting off fireworks, or just cheering, they’re going to be loud. To strip that noise from the World Cup, we’d have to strip away much of the community, local culture, and general good vibe.

Learn to blow a vuvuzela with this tutorial video from Goal.com: