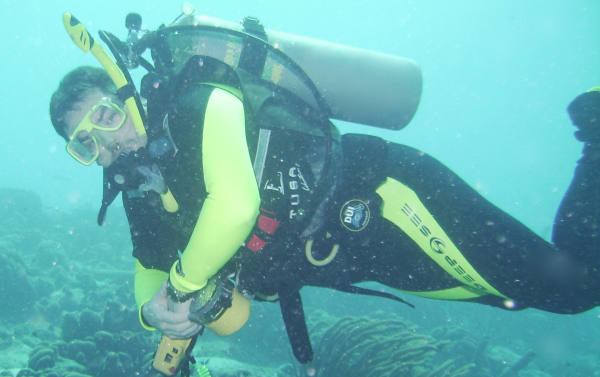 In July, Matador Sports interviewed scuba diver Robert Silva about his upcoming attempt to set a new world record for longest saltwater dive. Today, we have the results.

According to local newspaper Ambergris Today, Silva was visibly exhausted upon exiting the water, and was unable to respond to questions from the media.

The paper said that support crews administered oxygen to Silva before transporting him to nearby Ramon’s Village Resort to recuperate.

Silva, a 31-year-old divemaster and warehouse lead, had originally planned to attempt the much longer freshwater record, which stands at about 120 hours. Funds raised through his dive will go to the American Cancer Society.

If you missed the interview, be sure to check it out at Profile: Robert Silva, Endurance Diver.

What did you think of this article?
Meh
Good
Awesome
Bookmark
Posted In
Diving
Destinations
Belize City, Belize