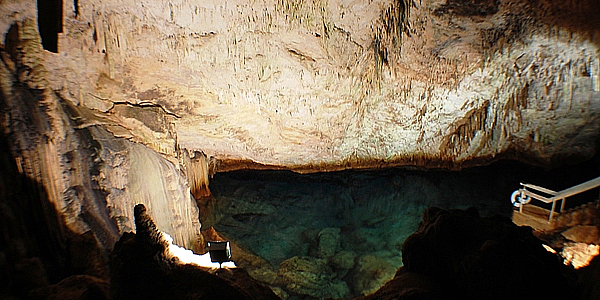 Beaches, blue seas, and… caves? They’re all waiting for you in Bermuda.

Sure, Bermuda is known worldwide for its pristine pink beaches and crystal clear turquoise waters, but did you know that it’s also a spelunker’s paradise?

With a labyrinth of over 150 limestone cave systems boasting pristine azure blue pools and impressive stalactites and stalagmites, Bermuda’s unspoiled beauty may very well lie beneath the ground.

Spelunking, popularly known as caving, is the increasingly popular recreational sport of exploring caves. It may require you walk, climb or crawl through tight passages, zip or rappel down to different platforms, or even dive underwater.

The recent media resurgence of the Batman franchise has put the spotlight back on caving and more people are becoming recreational spelunkers.

Bermuda has one of the highest concentrations of limestone caves on earth, which have inspired many creative endeavors such as Jim Henson’s “Fraggle Rock” and Shakespeare’s “The Tempest.”

Many of these caves extend all the way down to the sea floor even though you can walk right in. Below are just a few caves you can explore on your next trip to the Island. 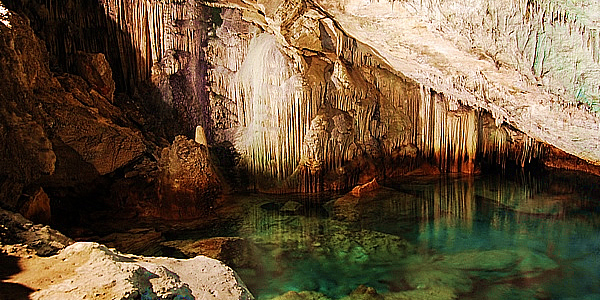 Photo above by Lola Akinmade.

Located in Hamilton Parish, Admiral’s Cave is one of the largest caves on the island and was named after a British admiral around 1819. Within the cave are small lakes that are fed from the ocean through underground passageways.

The Smithsonian Museum has discovered fossils here that are a couple hundred thousand years old. Although no longer a show cave with guided tours, you can explore at your own risk with a flashlight!

One of the two caves located on the properties of the Grotto Bay resort, Cathedral Cave boasts clear turquoise underground lakes which you can swim in to cool off. Explore this lit cave from viewing platforms. There’s also a launch off spot should you decide to take the plunge.

Church Cave is located deep beneath Ship’s Hill on the grounds of the Marriott Castle Harbour Resort in Hamilton Parish. It contains the largest underground lake in Bermuda with an area of 16,146 square feet and a depth of 74 feet. 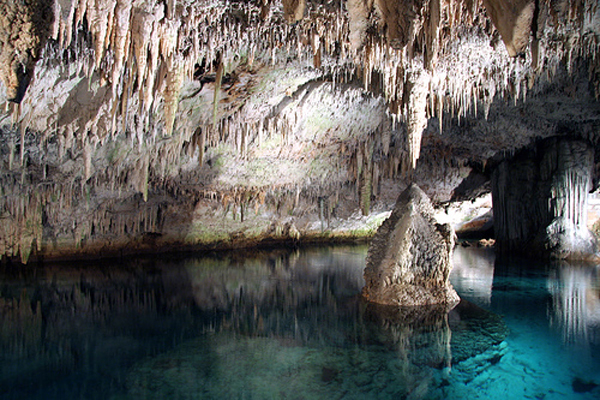 One of the most famous and visited caves in Bermuda, Crystal Caves was said to have been discovered by two 12-year old boys, Carl Gibbons and Edgar Hollins, in 1905 when they went looking for their lost cricket ball.

Once a subterranean cave, its roof collapsed, turning the cave into a natural aquarium. Today, it contains sea life such as sharks, 6 foot long Moray eels, and turtles and has been opened to the public since 1843. 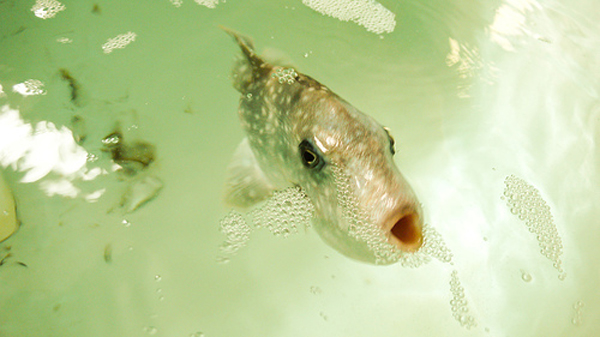 It earned the moniker “Devil’s Hole” because when its roof collapsed and wind rushed into the cave, it produced an eerie sound that locals referred to as moans of the devil. It is located in Harrington Sound.

Fantasy Caves, a sister cave to Crystal Caves, is the more spectacular of the two cave systems with impressive formations. Its walls are lined with mineral deposits that look like frozen waterfalls, and the cave is connected to and fed by the Atlantic Ocean through deep pools with underground pathways.

Boasting about 2 km of underground passageways, Green Bay Caves is longest cave systems on the island. It is totally submerged with an average depth of 59 feet below sea level, so you may want to get your scuba diving gear on! 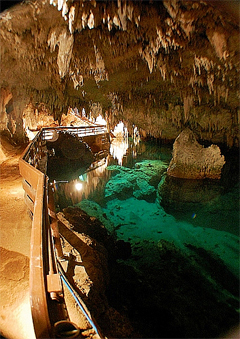 The second cave located on the property of Grotto Bay Resort, this cave is chock full of stalagmites and stalactites.

Originally discovered between 1609 and 1610 by Sir George Somers, the cave is also known as Island Cave or Prospero’s Magic Cave.

Named after the famed Shakespearean character from “The Tempest,” Prospero is one of the more spectacular caves and it houses a deep, clear blue lake in addition to a bar and discotheque. 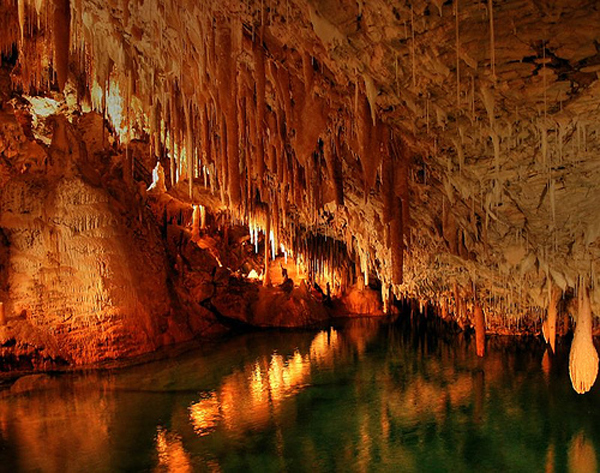 Discovered in 2002 during a quarry blasting operation, Wilkinson Cave is the newest cave to be unearthed on the island. Like the other caves, it is filled with massive stalactites and stalagmites, crystals, an impressive sea level pool as well as underwater sub caves.

It is currently being researched by American Cave Expert and Professor of Marine Biology, Dr. Tom Iliffe, who explored the cave in depth. Wilkinson Cave is years away from becoming a major tourist attraction.

As with any adventure sport, exploring or diving Bermuda’s caves can be dangerous. It is always best to check with local government and tourism offices to make sure that the caves above are still open for public exploration.

Tagged
Outdoor Parks + Wilderness Bermuda
What did you think of this story?
Meh
Good
Awesome

Everything you need to know about visiting Bermuda this summer

7 beautiful, underrated public lands to visit in the eastern US