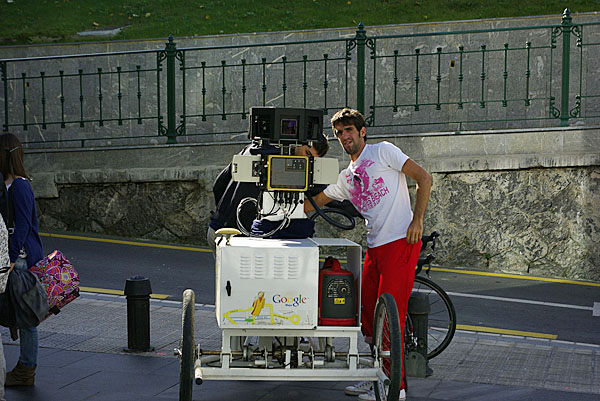 Round the world travel. Virtually, that is.

I’VE RIDDEN the Trans-Siberian rails. I’ve wolfed down the instant noodles, drank the crap Baltika beer, and suffered in platzkartny for 65 straight hours. So I have some mixed emotions about one of Google’s recent additions, a virtual tour along the ties between Moscow and Vladivostok.

…part of me feels ripped off, like when I hike up a mountain to find a car park at the top, or a crowd of people exiting a gondola.

Google provides video footage, as if looking out the window of a train car, separated into stages of the 9226 km long journey.

You can choose your starting point, such as Yekaterinburg, where it will faithfully tell you that you are 1751 km from Moscow and 7474 km from Vladivostok. The video starts with your train stopped at the platform, then slowly builds speed until the features start to blur.

While you’re watching this footage, you can select audio to listen to: the rumbles of the train over the tracks, Russian radio, even a reading of Leo Tolstoy’s “War and Peace” (in Russian of course, for that truly authentic experience). A Google map appears below the video so you know exactly where you are, both in Satellite and Terrain modes.

That’s not all folks

As our friends at Wend magazine report, you can go skiing and snowboarding in your bathrobe, right from the comfort of your own couch (or, like me, from a painfully hard seat at Starbucks).

An article at The Guardian also points out that Google has teamed up with the National Trust in the UK to bring you offroad views of British landscapes, stony castles, and country cottages. This in addition to their pairing up with UNESCO to showcase street views of World Heritage sites.

An entrepreneurial tandem of brothers created the website Google Sightseeing, whose tagline is “Why bother seeing the world for real?”. Categorized into sights (flocking, a Canadian farm maze) and localities (Spain, Tennessee), each post has a satellite view and describes what you’re looking at. 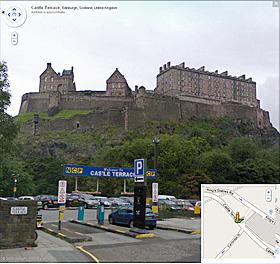 From what I can tell, most of the content is submitted by readers, which leads me to believe that there are a lot of people spending hours scouring Google maps, rather than going outside.

The world from your computer

Sure, it’s nice to bring the world to those who can’t, or who just won’t, explore it a little. But part of me feels ripped off, like when I hike up a mountain to find a car park at the top, or a crowd of people exiting a gondola. Or when I hiked along the Great Ocean Walk with a 14 kg pack for four days and found out later that there are people who provide bag and food drops at hikers’ destinations.

Yes, writers have been bringing the world to armchair travelers for decades and centuries even. But at least there’s some work involved in that. You have to take the time and effort to read, to work your brain and your imagination.

But when Google lets you experience the sounds and motions of the Trans-Siberian, without having to deal with surly provodnistas or an annoying Russian who insists on turning up the communal radio full blast, that’s where I have to put my foot down.

If you wanna kick it old school, Sarah Menkedick absolutely nailed it in A Virtual Ride on a Chinese Train.

Virtual tools can also be used to help plan in-the-flesh travels. For more on that idea, read How to Use Google Maps for Trip Planning.