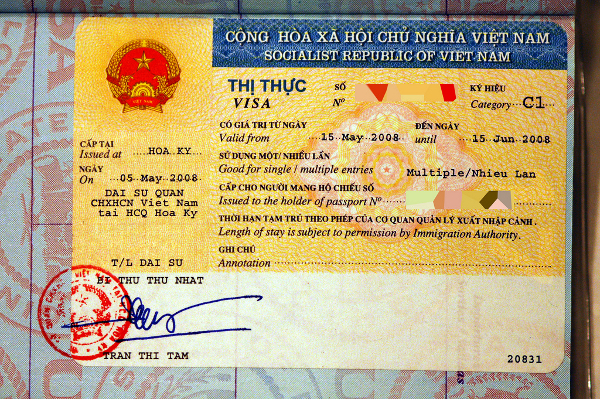 Lauren Quinn just went through the process. Here’s what she learned…soundtrack included.

Beneath the glamor of travel (and the glamor people write about travel), there’s the nitty-gritty, the laborious, the tedium of trip planning. It’s not fun, there’s no scene cred, and no one likes to talk about it.

I’m leaving for Southeast Asia in a matter of days. One thing I had to get done beforehand was arrange my visa for Vietnam. It’s a strange and confusing process for those of us native to countries of privilege. As an American, I’m used to walking up to a customs window, flashing a tourist-dollar smile, and getting my stamp.

Some countries, like Chile and Argentina, charge a reciprocal entry fee — a kind of fuck-you I can appreciate. But needing to arrange a visa prior to arrival? What kind of criminal do you think I am?

Once I got over the indignity that the majority of the world’s other citizens are subjected to, I sat down to figure out the best way to procure said visa. Here’s what I learned, thanks to lots of research and Thorn Tree, one of my all-time favorite travel resources.

(Bonus: The first step to any obligatory activity, whether it’s commuting or house cleaning, is to get yourself a killer soundtrack to lessen the annoyance. For this one, I suggest listening to Abner Jay on repeat.)

1. There are no “visas on arrival” for Vietnam.

2. There are different types of visas.

For your basic Vietnam tourist visa, there’s a few options. You can go for a one- or three-month visa; you can also opt for single- or multiple-entry.

There are no longer six-month tourist or business visas. This means that if, like me, you’re planning on cruising in and out of Vietnam for a period longer than three months, you’ll need to get a visa extension while you’re there. That’s a beast I’ll tackle when the time comes…

Figuring out exactly how much a Vietnam visa will cost is an adventure in obscurity. 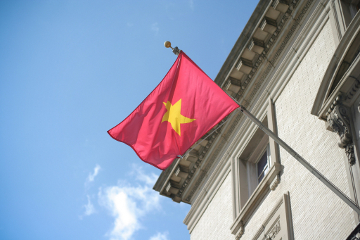 Embassy and Consulate websites conveniently don’t tell you how much visas cost. Through poking around, I discovered that if you go directly through official channels — that is, the Embassy or Consulate — you can expect to pay anything from $70 for a one-month single-entry, to $150 for a three-month multiple-entry.

There are several companies (like TDS) that facilitate visa purchases, and their prices are far from fixed. Discounts apply for groups; the larger, the deeper. Going through a company like this can get you $20-$50 off the official prices.

4. Working through the Embassy/Consulate is expensive, time-consuming, and worrisome.

In most situations like this, I’m skeptical of companies with cheesy websites that offer deeply discounted prices on official services. So I decided to stick with getting a visa from the Consulate.

But this meant handing over my passport. I’d either have to mail my passport to the Embassy and wait for it to be returned (hello anxiety), or get up early one morning and head out to the Vietnam Consulate in San Francisco.

Here, I was told I’d need to give them my passport for processing, which would take around 5 days, and then come pick it up again. It sounded like a pain, but preferable to mailing my most sacred of travel possessions.

The night before I was to roust myself and cram onto the train with all the suit-and-ties, I discovered that…

So, you can actually negate the visa process, in a way. You can get what’s called a Visa Approval Letter, an official document that allows you to receive what’s essentially a visa on arrival. 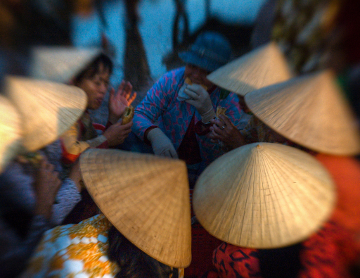 The pluses are it’s much cheaper, your passport doesn’t have to leave your possession, and you can do it from your computer. The two big catches are you need to be arriving into one of the international airports (Hanoi, Da Nang, or Ho Chi Minh), and you need to be ready to pay a $25-$50 “stamping” fee.

I used Vietnam Visa Pro, and while the actual entry into Vietnam remains to be experienced, I’m so far super happy with them.

I paid $30 for an approval letter for a three-month multiple-entry. I paid via Paypal, which I liked since I’ve heard horror stories about stolen credit card numbers from shady foreign websites.

Heard back from the company promptly, and had my approval letter emailed to me in 2 business days. Printed it out, made copies of my passport photo, and am ready to roll!

Now I can focus on the glamor.

For ideas of what to do once you get there, check out:
Cycling Highway 1 In Vietnam
Photo Essay: Exploring the World’s Largest Cave in Vietnam
Working with the Deaf in Vietnam
Surf Vietnam: China Beach and Beyond

Tagged
Trip Planning Vietnam
What did you think of this story?
Meh
Good
Awesome

This glamorous hotel is coated in 24-karat gold everywhere, including the toilets

12 signs you were born and raised in Vietnam

One minute in Vietnam

An international guide to raising children from 8 cultures

The hill tribe villagers of Vietnam

23 Vietnamese foods the whole world should know and love

8 things I wish I knew before visiting Ha Long Bay

Vietnam’s new bridge is something out of a fantasy movie