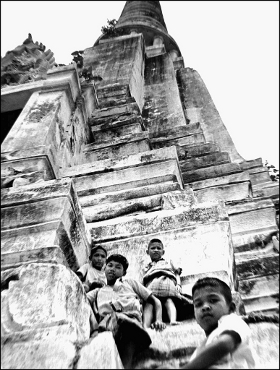 22 recommendations for destinations to check out this year, in no particular order.

Bangkok touts will pitch you daytrips to the first capital of the Siam kingdom. Ditch the bus tour and spend a few days here, walking through the ancient city ruins.

Ayutthaya is small enough to tour by bicycle without getting wiped out by the heat. The main street has a huge maze of a market, where you can haggle and watch tough old ladies turn live eels into lunch.

I heard Rick Steves on late-night public radio describing the country’s right to roam (hike anywhere / camp anywhere, within reason) and the intensity of the summer growing season in the forests, when tourists are encouraged to get out and pick truffles and berries so they don’t go to waste. A Helsinki flat this July sounds just about right.

The beaches and food are great, but the real reason I’d love more people to visit is to see firsthand where steel drums come from and experience that SOUND — the sound of a Trini band jammin’ the pan. Cruise ship stops at Jamaica seem to leave many convinced that’s the birthplace of the steel drum, but Trinidad is so proud of having created the only new acoustic family of instruments in the 20th century, pan is even on their currency.

Its powerful entertainment industry called Nollywood. Its open-air markets. Its insane traffic (known locally as “go-slows”). Each visit to Lagos stays with me. 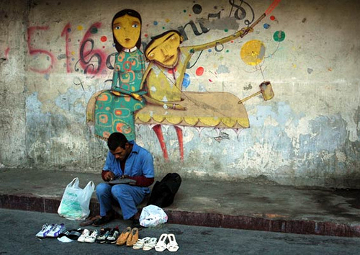 And I’m not talking about Varadero. Change is afoot. With the movement to open up the private sector and the easing of American travel restrictions to Cuba, you might want to get there to experience the country as it has been for the past several decades.

Be sure to check our Cuba focus page for resources if you go.

I’m always on the lookout for more warm-water surf spots, especially in places where I have people to give me the insider’s view (or to take me to their favorite breaks). I’ve vowed to spend an Endless Summer in Mauritius to surf and sunbathe with family friends — and, while on that side of the world, hop over to Rwanda to check out another friend’s architectural work on a women’s rights center outside of Kigali.

The flame-tree lined streets of Maputo. The opportunity to push north of the capital in a warm and dusty bus, in pretty much any direction, and watch life go by outside the occasionally functional window. Mozambique is the only country I’ve ever been where I literally found myself alone on a white-sand beach with bathwater-warm sea in front of me. There’s also a particularly comfy hammock in the town of Vilanculos that I’d dearly love to become reacquainted with, after nights spent watching stars and talking philosophy with friends until we fall asleep. 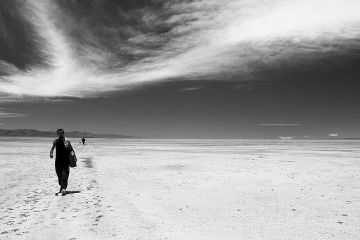 Every Argentine I’ve talked to about Jujuy and “El noroeste” says the same thing: “Es otro pais,” a different country, a different culture, different food, music, a different onda. The terrain is high desert plateau or altiplano, with peaks above 5,000 meters. Large indigenous populations and Aymará and Quechua cultures exist. There are easy-access areas such as the Quebrada de Humahuaca and Cerro de los Siete Colores, as well as massive backcountry wilderness.

A couple discount airlines fly into the tiny territory directly from the UK, or you can drive or even walk in from southern Spain — all of which require traversing the airstrip separating Gibraltar from Spain. Between the Atlantic and the Mediterranean, Europe and Africa, Spain and Britain, its 30,000 people form one of the densest populations on Earth, living at the foothills of the 1,400ft Rock of Gibraltar. It’s also the only spot in Europe home to wild monkeys.

One of my travel goals is to save money by exploring the United States. I’d like to do some trail running and hiking in Denali National Park, maybe kayaking or rafting, and hopefully spotting some wildlife, too. There’s also the opportunity to get over my irrational fear of icebergs, which I should probably face someday. 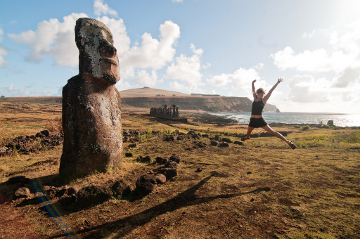 I’ve wanted to go visit Isla de Pascua since long before I moved to Chile. It started after I read Thor Heyerdahl’s book Kon-Tiki, about his 1947 trip by raft to Easter Island from the coast of Peru to try to prove that the island could have first been settled by people from the South American continent. Most visitors go for the giant stone heads — the moai — and I admit I’m curious to see (and photograph) them. But I also want to see how Chilean culture looks so far from the mainland (it’s a five-hour flight), and would like to observe the difference between how people from “la isla” — both in tourism and regular life — treat gringos vs. Chileans.

I’m an Iceland nut as anyone who knows me knows, but not so many people know that my favourite area is the Westfjords — a remote northwesterly region that for a long time was physically cut off from the main parts of the country due to lack of roads and obstructive mountains. It has subsequently developed its own strong identity. Abandoned villages turned into expansive nature reserves, a highly idiosyncratic annual festival called Aldrei fur eg sudur (run by Mugison), and some of the most spectacular fjords in the country are here.

My husband and I have been planning a road or sailing trip down Baja for a long time, and I hope this is the year we do it. I’m most interested in Baja California Sur and the islands off the eastern coast for some surfing, diving, and fishing. Maybe we’ll recreate Steinbeck’s journey from The Log from the Sea of Cortez. 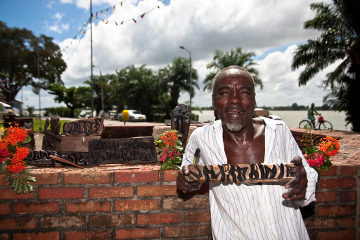 Different countries, and different parts of the world, but of all the postcolonial states these are three that are probably least talked about, both from a tourist/travel perspective and from a political/news perspective. They’re also three that seem to be really culturally distinct from their geographic neighbors.

Drove around this range last summer and got set on returning. Ideally, I’d like to trek their entirety, something that would take up to 2 weeks. Aug-Sept is peak season, bear spray a necessity.

This island, south of Gallipoli and Troy, was tossed around between the changing borders of Greece and Turkey. It has relics from both cultures, with fresco-heavy Greek churches and old Turkish fortresses. You can take tours of the island’s vineyards on horse and buggy (note: light flirting gets you extra cheese during the sampling). Bozcaada is a popular vacation spot for Turkish beachgoers, and they say Homer spent some time here too. That Homer.

It’s home to arguably the friendliest, most down-to-earth people in Canada. It took a while to get used to everyone saying hi and waving at me. You’ll probably want a car (or bicycle) to get around. During the 3 Road Trips Out of Halifax I did, I saw a lot of wilderness: little islands off the coast with only trees, wild moose, wild berries, and lots of open space. 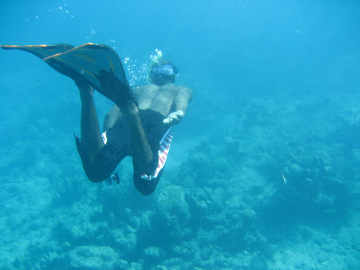 A friend of mine wrote about growing up there and I haven’t been able to get the idea of white sand, warm water, and diving for conch out of my head. And the fact that it’s only 2.5 hours from NYC is awfully appealing.

In winter. In particular, the Sápmi regions of Norway, Sweden, Finland, and Russia. If you can withstand 20 degrees below and colder, you’ll see Northern Lights (Aurora Borealis), visit working reindeer farms, live with the Sami, and learn more about their culture and way of life up north.

Let’s hear it: What do you think of our list? Which places are on yours?

10 experiences you can only have in the Guianas

Canadian natural beauty across the country

13 Additions to the UNESCO World Heritage List (and One Deletion)