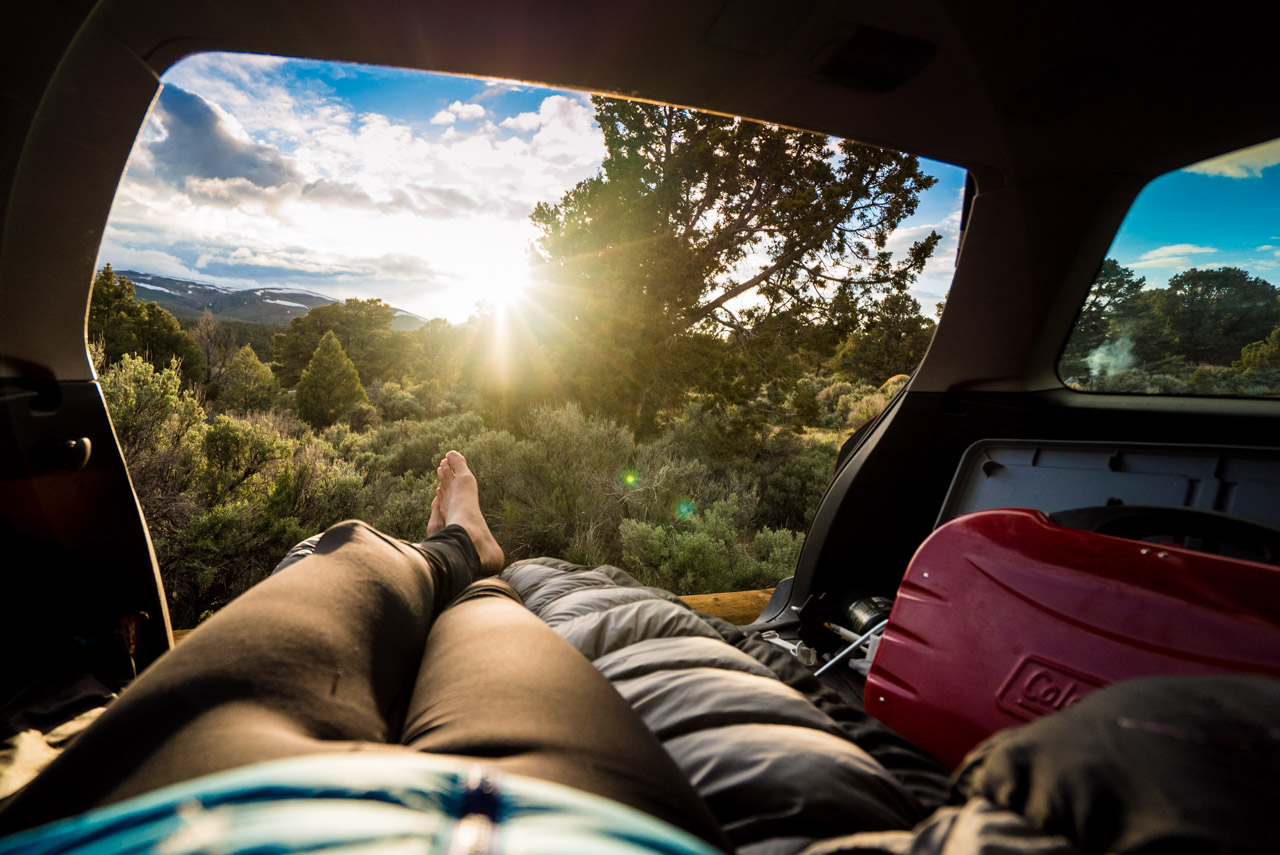 Nevada through the lens: The stories behind 5 perfect images

I briefly lived in Las Vegas years ago, and I’d been itching to get back to explore the rest of the state. This would be my first big solo US road trip — sleeping in the car, staying as far from the major highways as possible.

I sought out dusty backroads, free BLM campgrounds, and unexpected landscapes to capture photos of Nevada’s diverse backdrops — the kind of wild places most people don’t even know exist.

For more ideas on building out your own Nevada road trip itinerary, visit TravelNevada.com. 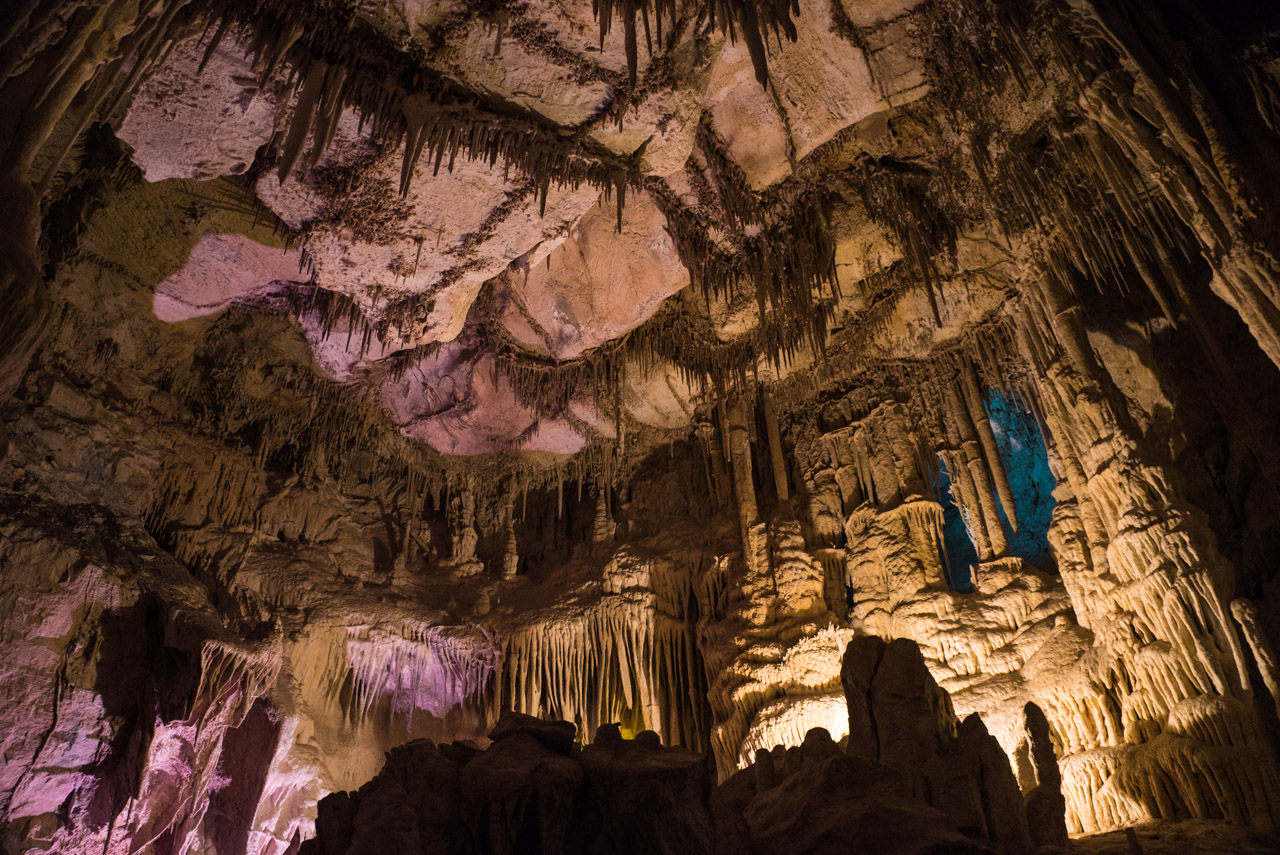 Great Basin National Park doesn’t get a lot of press, and there’s no quick way to get there. But that doesn’t mean it shouldn’t be stop #1 on your Nevada road trip — and it’s totally worth the 4.5-hour drive from Las Vegas. Located on the east side of the state, Great Basin is home to Wheeler Peak — a giant, snow-capped, 13,065-foot mountain that’s the second tallest in Nevada. During the summer, you can drive almost 4,000 feet up it, snaking around the curves with uninterrupted views, climbing higher than any other road in the state that I’ve been on.

I arrived at Great Basin in the evening and set up camp at the Wheeler Peak campground. I had big plans to drive the road and hike on the mountain the next day. I started out bright and early but, as it turns out, I didn’t do my homework. After just a few miles I hit a dead end, finding the road and most of the trails still closed due to snow. Whoops. Who’d have thought… I got out of the car, snapped a few shots, and drove back to the visitor center to figure out an alternative plan.

While browsing around the visitor center I got talking to Ranger Rick, a volunteer who’s been with the park for eight years. He was friendly and super enthusiastic and convinced me to take an $8 tour through the park’s Lehman Caves system. I was pretty pessimistic about the photo opportunities underground, but grabbed my camera and wide-angle lens in the hopes there’d be enough light to get a few good shots.

Once we were in the first room, I found the cave was perfectly lit with soft spotlights, and if I messed with my white balance and cranked up the ISO I could capture the details beautifully. The tour lasted about an hour; it was one of the coolest caves I’ve ever explored. Plus, this unexpected change in plans resulted in some of the most unique photographs of the trip. 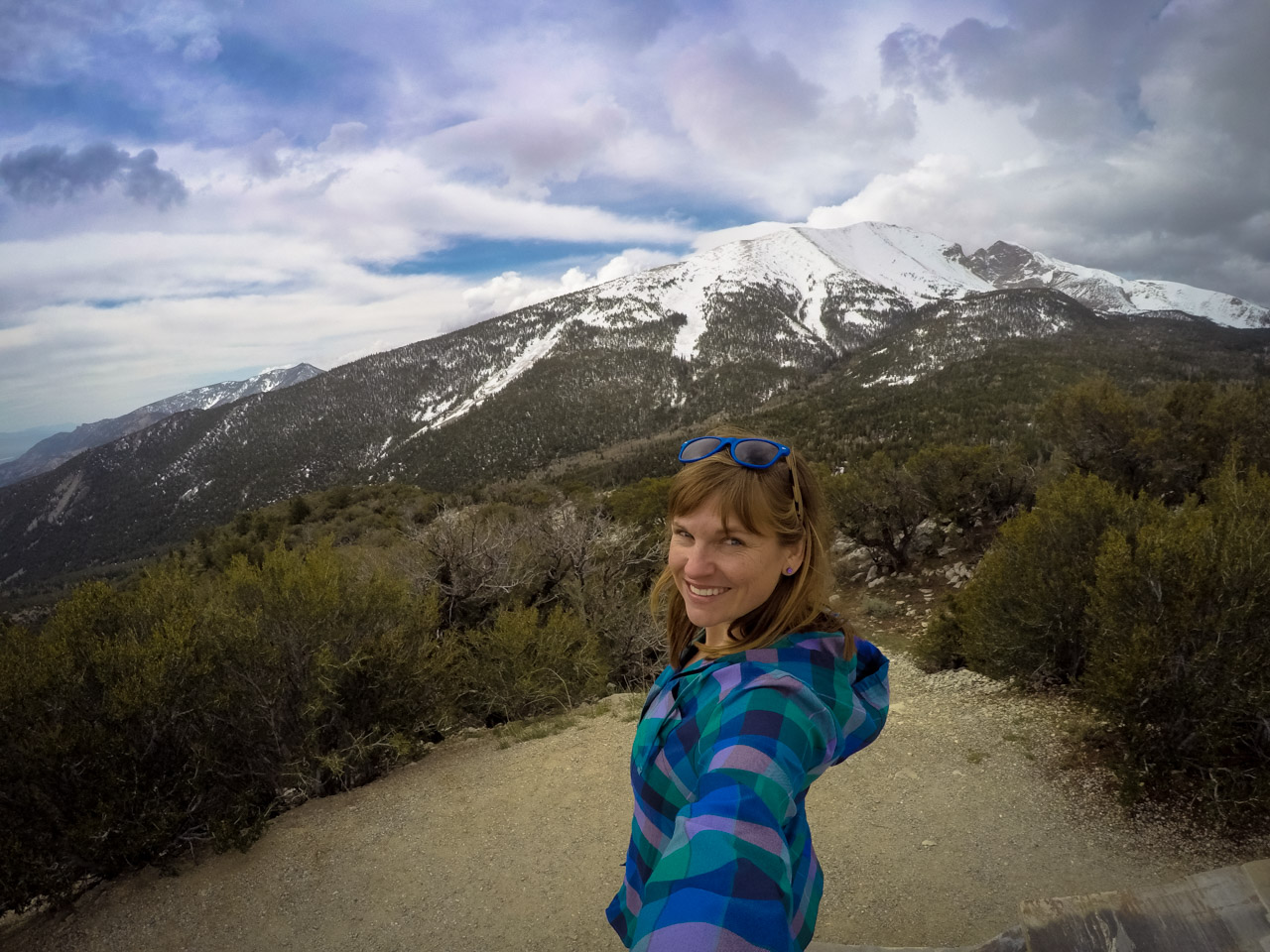 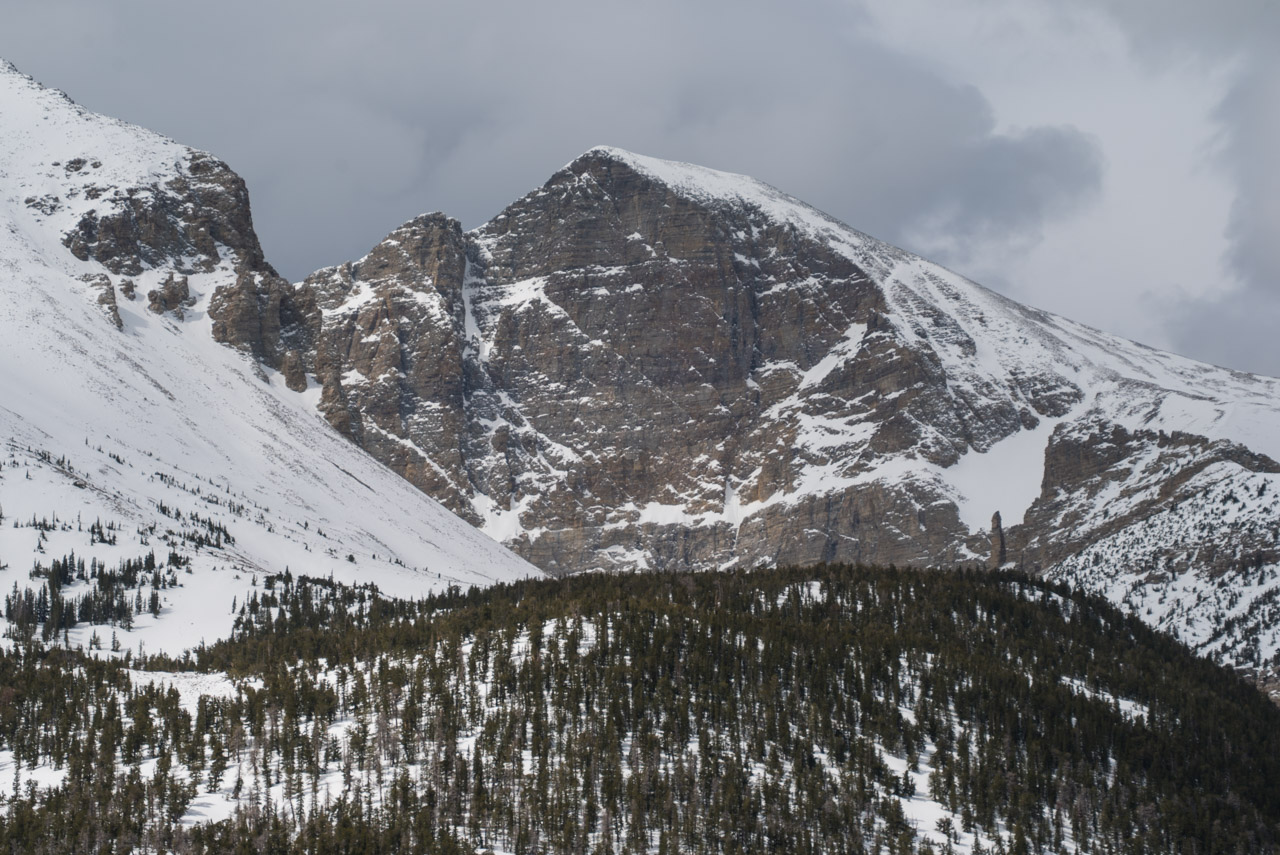 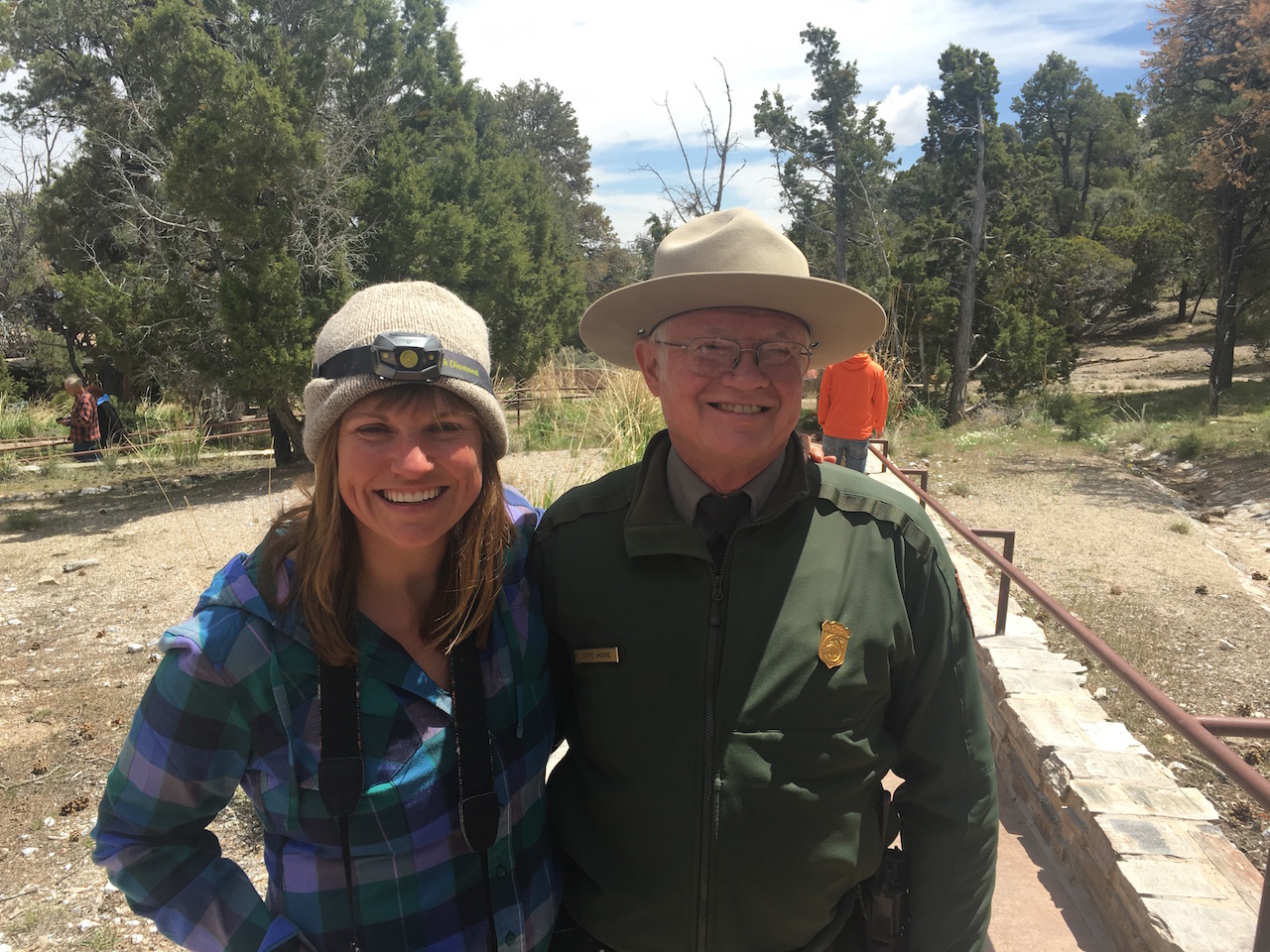 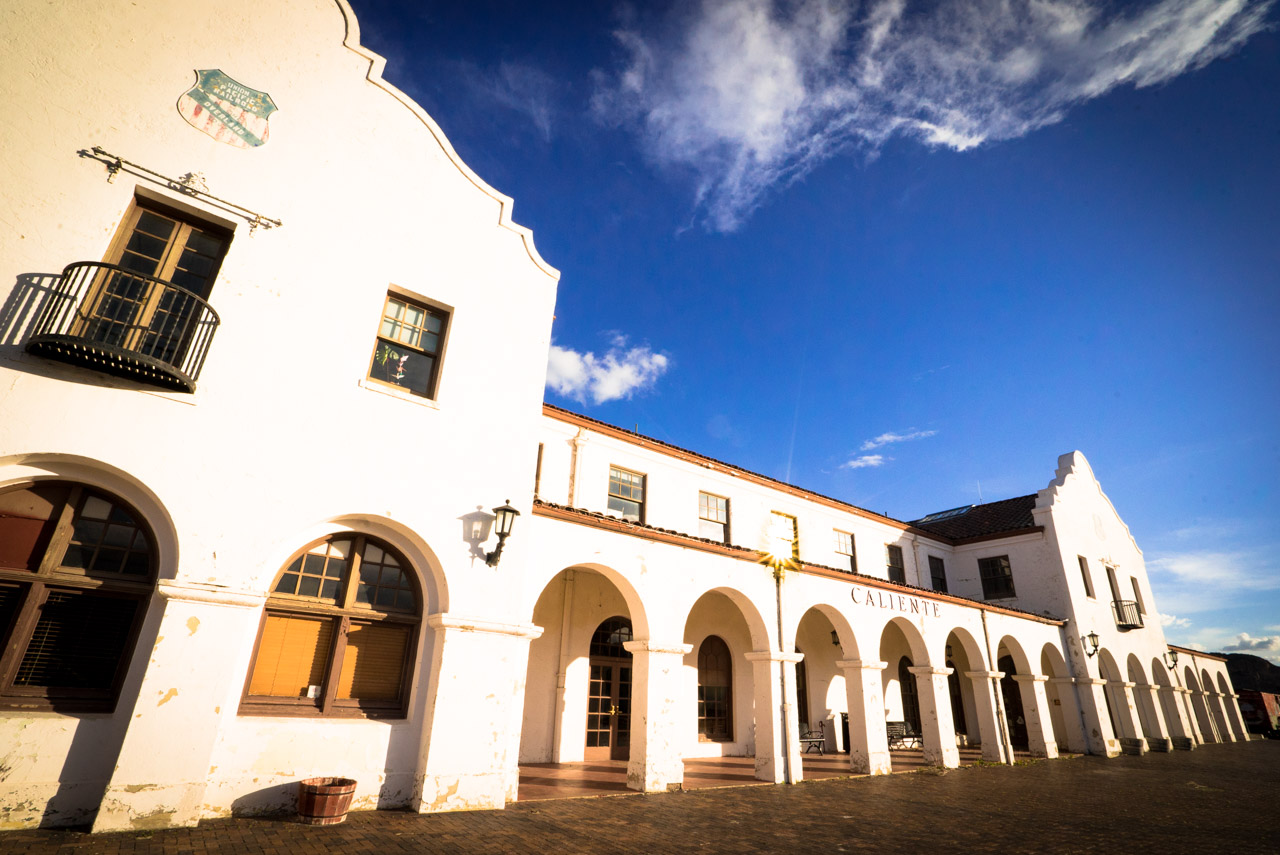 From Great Basin, I headed south along Nevada’s eastern border, hitting one cool state park after another. It was late in the day and I had just left Cathedral Gorge State Park, which reminded me a little of Utah’s Bryce Canyon on a smaller (and less busy) scale. I made a quick gas stop in the town of Caliente, with plans to beeline it down to the Valley of Fire, when I noticed a mission-style train depot that looked like it had been abandoned. I flipped a u-turn, crossed the train tracks, and grabbed my camera.

I learned from the sign that this was once a bustling Union Pacific station, built in 1923, that served passengers traveling between Salt Lake City and Los Angeles. Today, the depot houses the town of Caliente’s (population: 1,169) municipal services, but the area around the station was empty. No cars. No people. It seemed everyone had already gone home for the day, and I had the whole building to myself.

I’m normally more into photographing natural landscapes, but the sun was low, making for lovely warm lighting on the old stucco building. To capture as much of the depot as I could in one frame, I chose my 16-35mm wide-angle lens and walked around trying out different angles and compositions. Eventually I noticed the sun reflecting in the window right above the Caliente sign. I set my aperture to f 20, a technique commonly used to capture sunbursts. This narrow aperture would also result in the entire building being in focus when shot at an angle. The capture above was my favorite from the afternoon. 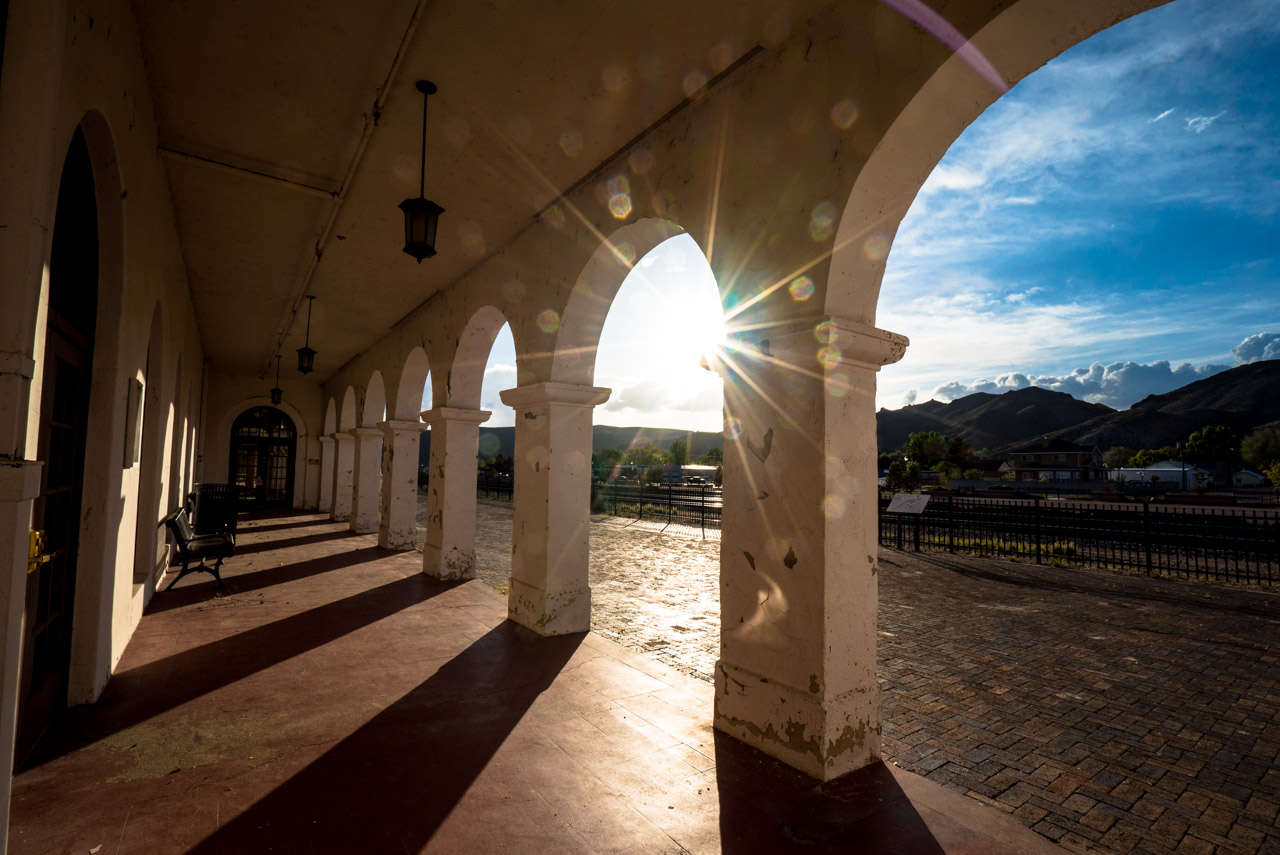 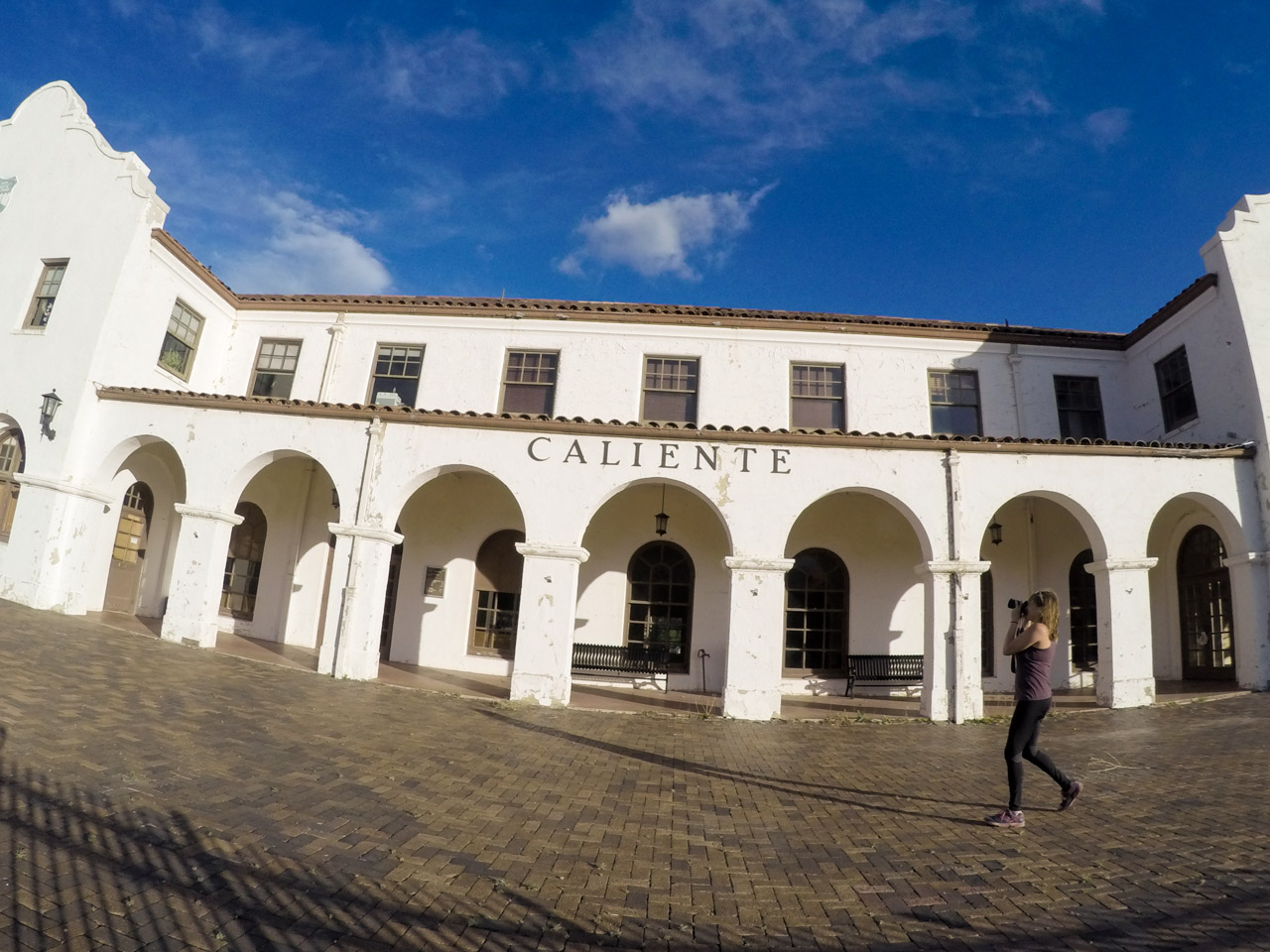 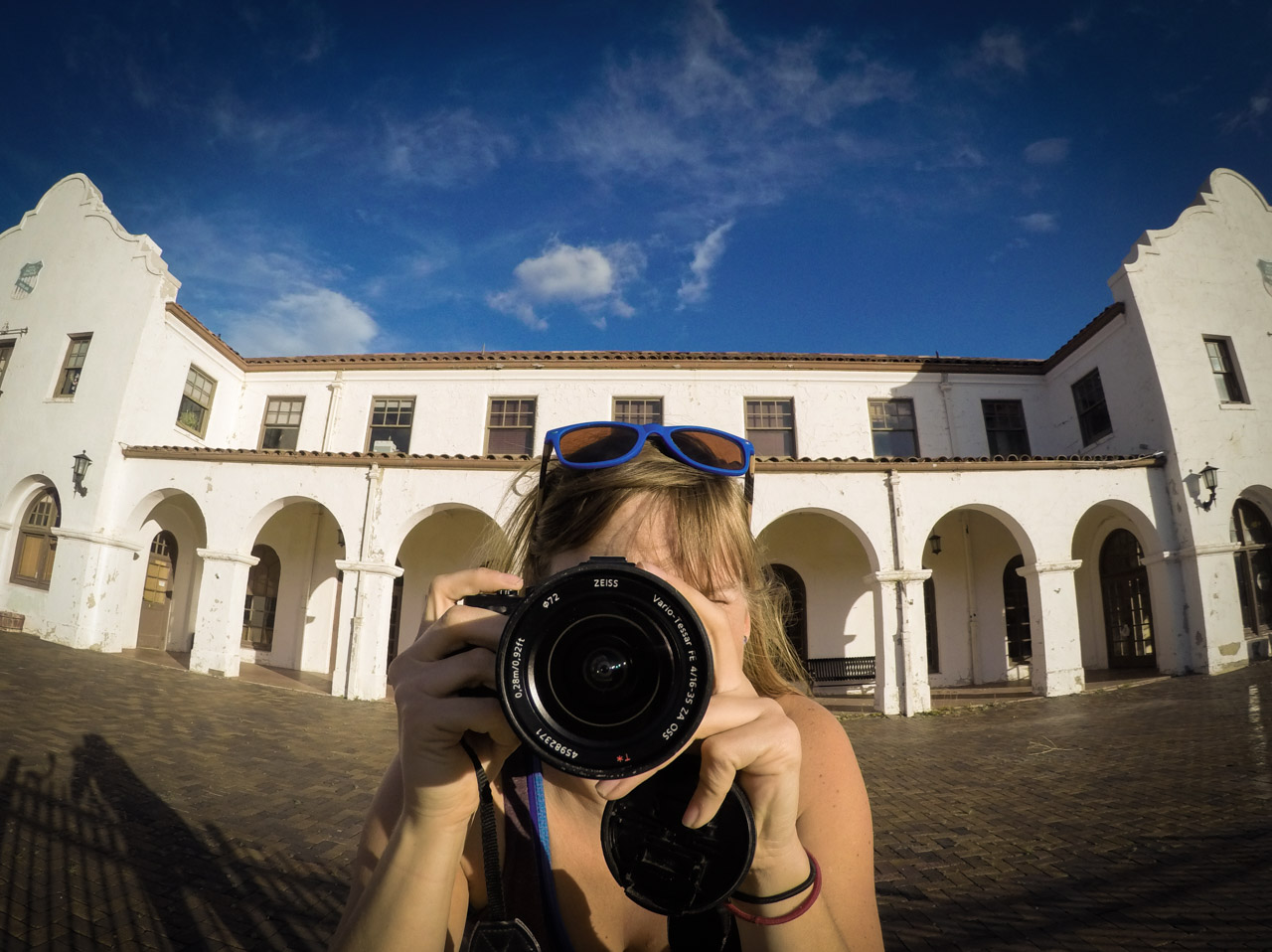 Jump to the last night of my solo road trip, and I wanted to find a really cool spot to shack up in my Subaru for the night. I was on the edge of the Toiyabe Range, near the teeny town of Austin, when I drove past a national forest campground. Set right on the Bob Scott Summit, 7,200 feet above sea level, the Bob Scott Campground had a bunch of open sites hidden in a juniper forest. I snagged one with a wide-open view of a snow-capped mountain. Score.

I pulled out my cooler, got my car and bed organized, and decided to take a little rest in the back with my book. After burying my head in a few pages, I looked up and noticed how perfectly my vehicle was parked for one of those quintessential “back-of-the-car” shots that show just what car camping is all about. And the best part — this shot was completely non-staged.

My outdoor travel blog is called Bearfoot Theory, after the Grateful Dead dancing bear tattoo I have on my right foot, so I often take pictures of my feet in the different places I visit. Sitting back, taking in the view, enjoying the fresh air and solitude with the sun going down in the background — it seemed like the perfect setting for one of those foot shots.

I chose my wide-angle lens so I could capture the entire view from the back of my car, including little details like my Coleman camp stove and the view out the side window. I set the aperture to f 4.0 so I could blur my jacket at the very closest part of the foreground. Not only was this moment one of my favorite of the entire trip, this shot also ended up being the most-liked photo I’ve ever posted on Instagram. 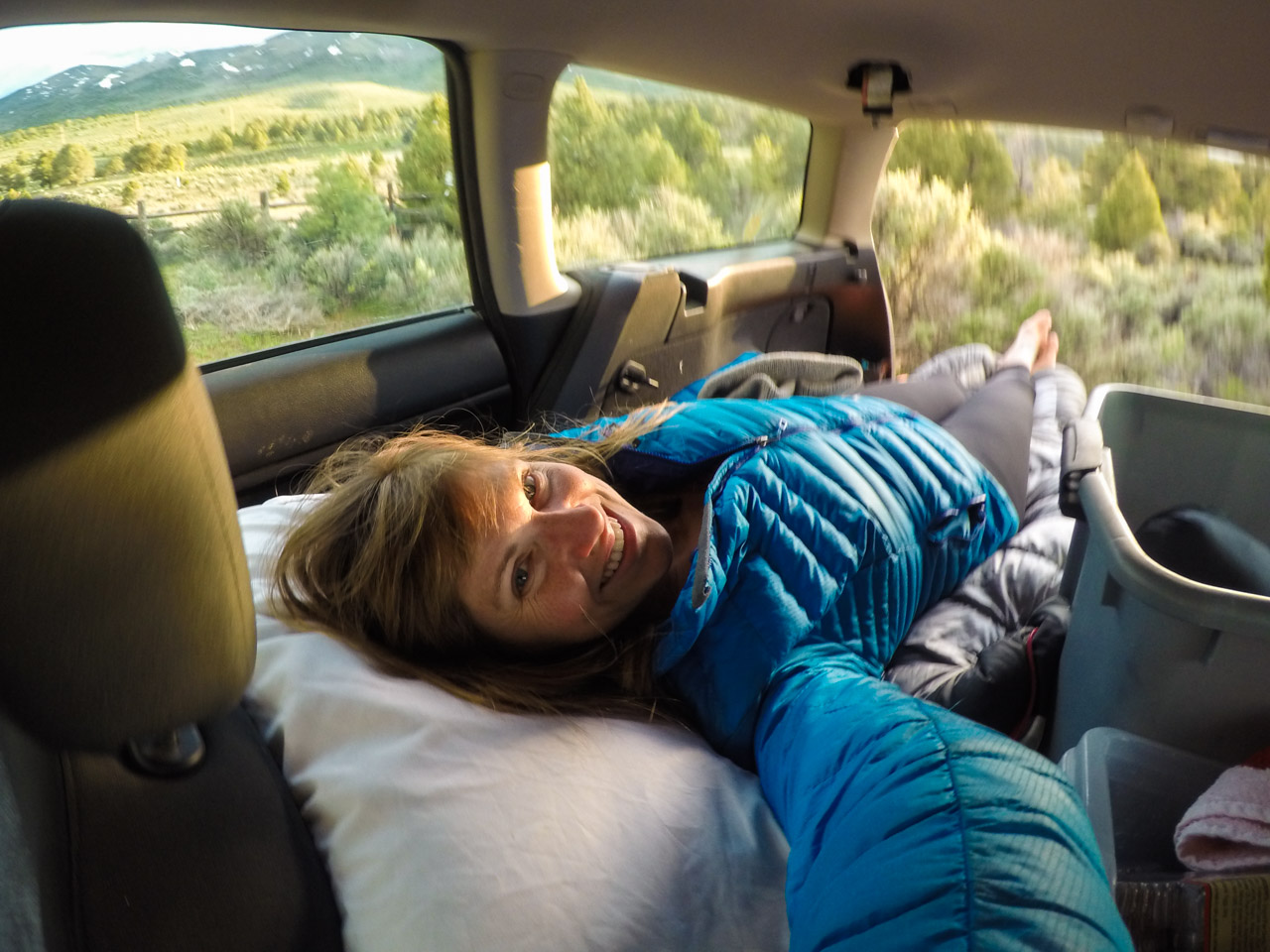 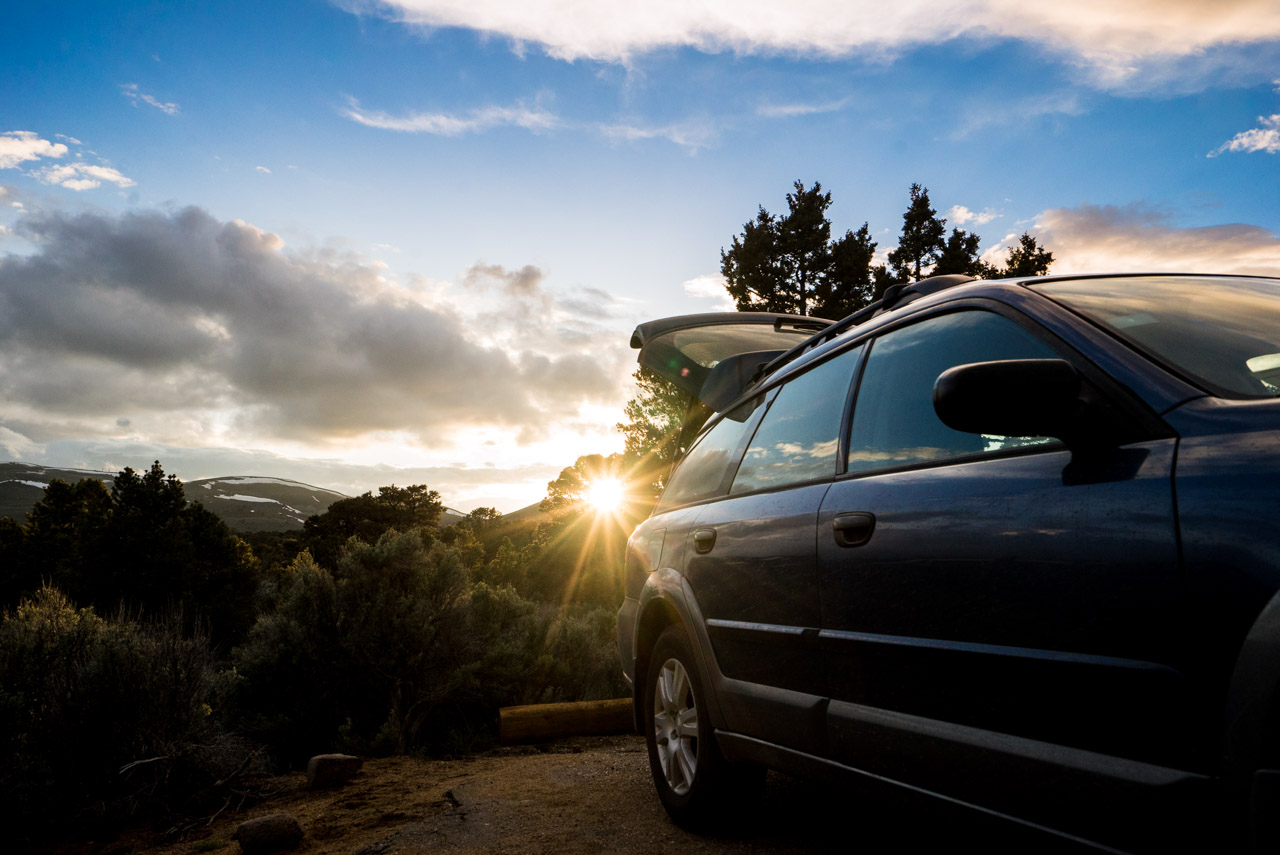 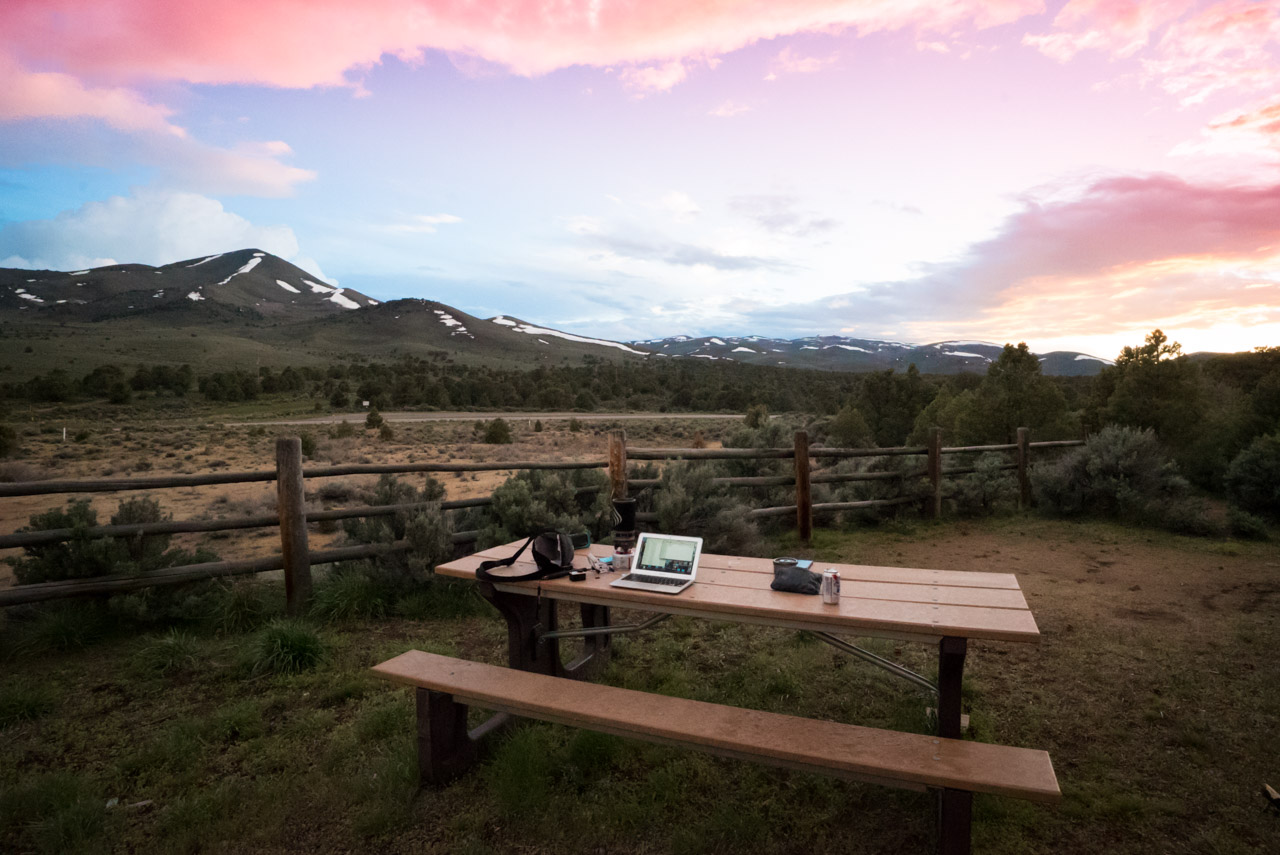 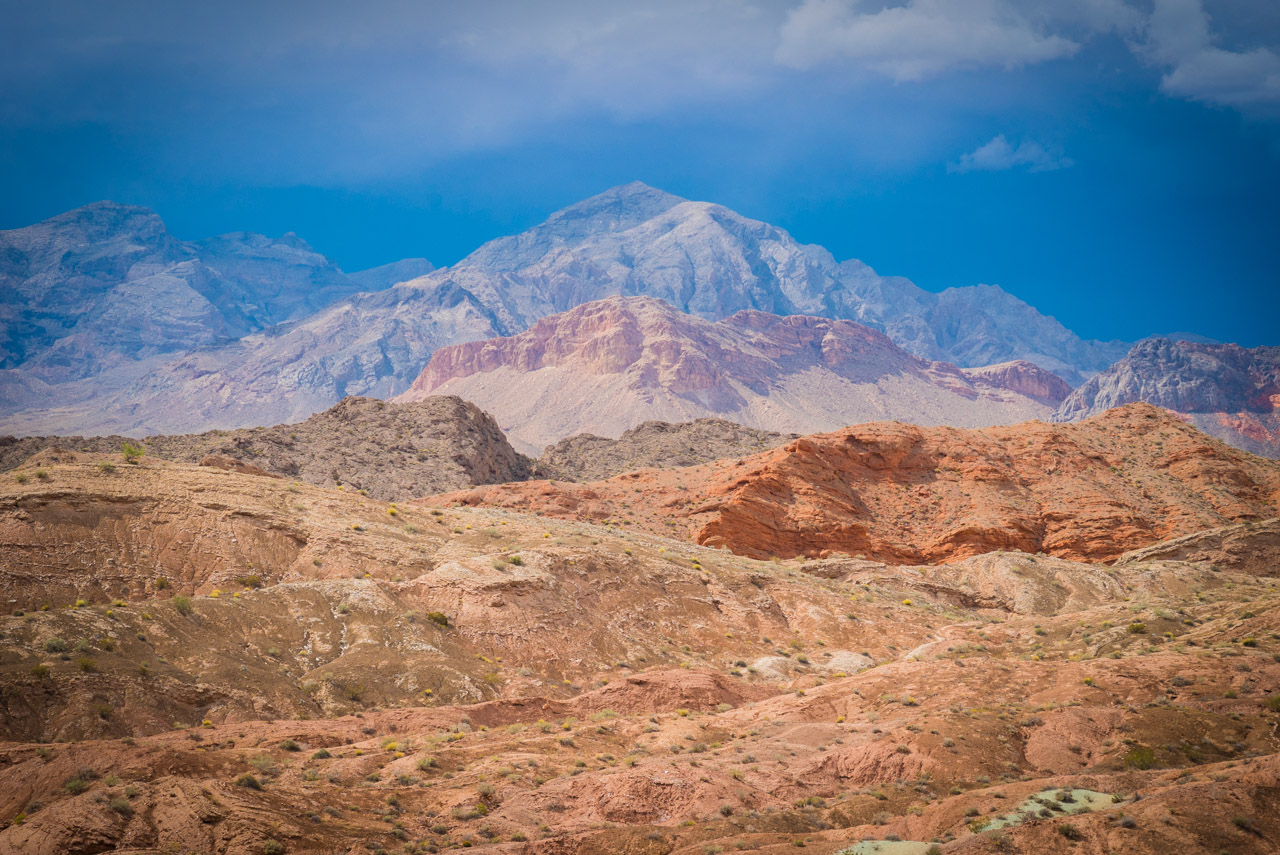 When I lived in Las Vegas, I was based out near Lake Mead National Recreation Area. It was one of my favorite places to escape the hustle and bustle. Driving along the rocky shoreline of this 247-square-mile lake, you feel like you’re a world away from the city.

On the fourth day of my Nevada road trip, I spent the day exploring the Valley of Fire. One of Nevada’s most unique state parks, it’s filled with crazy red sandstone cliffs and canyons. I drove around, did some hiking, and got some cool shots. When the weather looked like it was going to take a turn, I decided to head into Vegas, via the scenic route (Highway 167). Before I knew it, I was in the middle of a lightning storm.

As I turned the curve where I took this shot, I was blown away by the contrast in colors. The rocks were 50 shades of red against a dark purple sky. It was the best I’d ever seen the landscapes looking in all my time there, so I immediately pulled over. Before jumping out of the car, I got my camera set up with my zoom lens. That way I wouldn’t be messing with it out in the rain. Once I got out, I made sure the big peak in the distance was centered, with some of interesting lines and textures in the foreground, and then snapped a few frames as fast as I could. 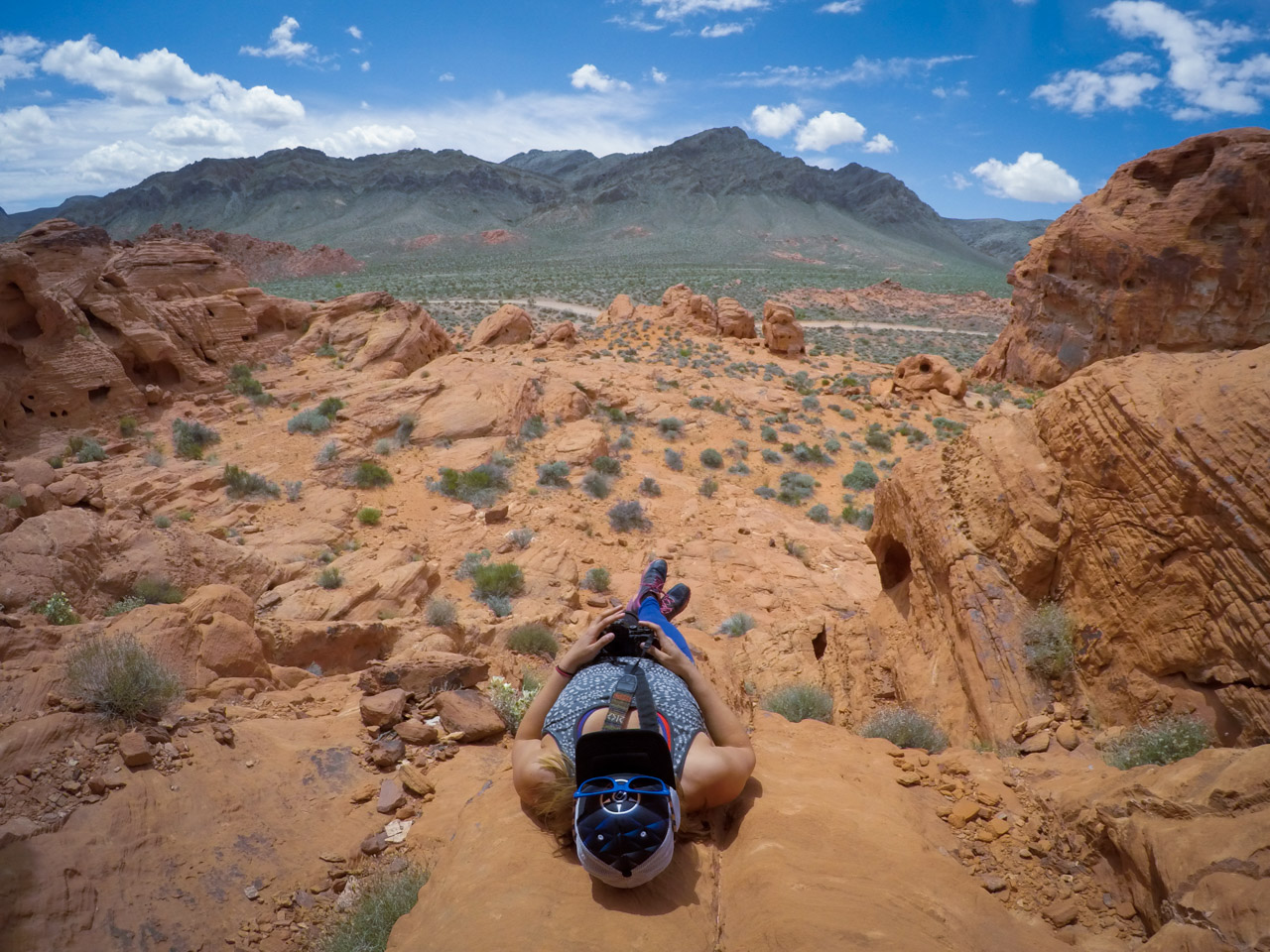 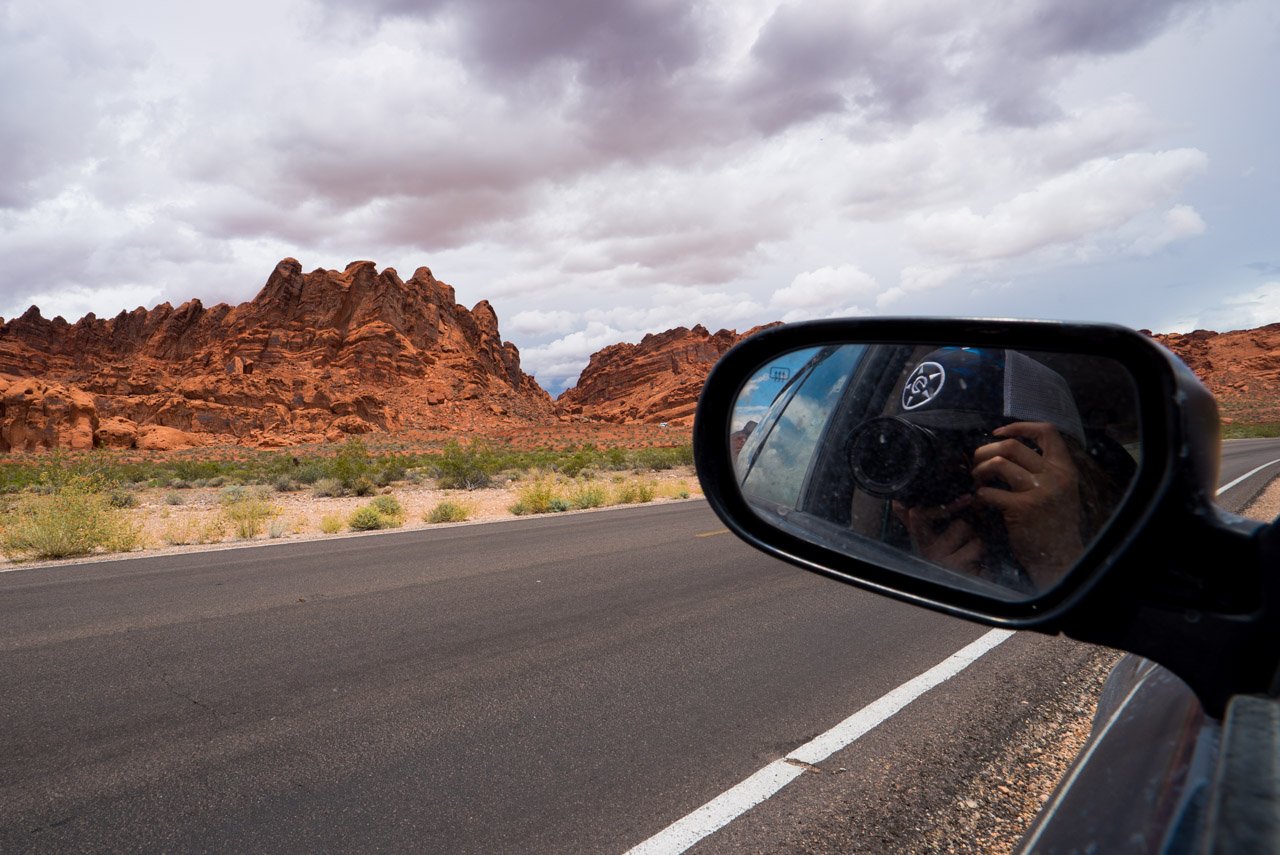 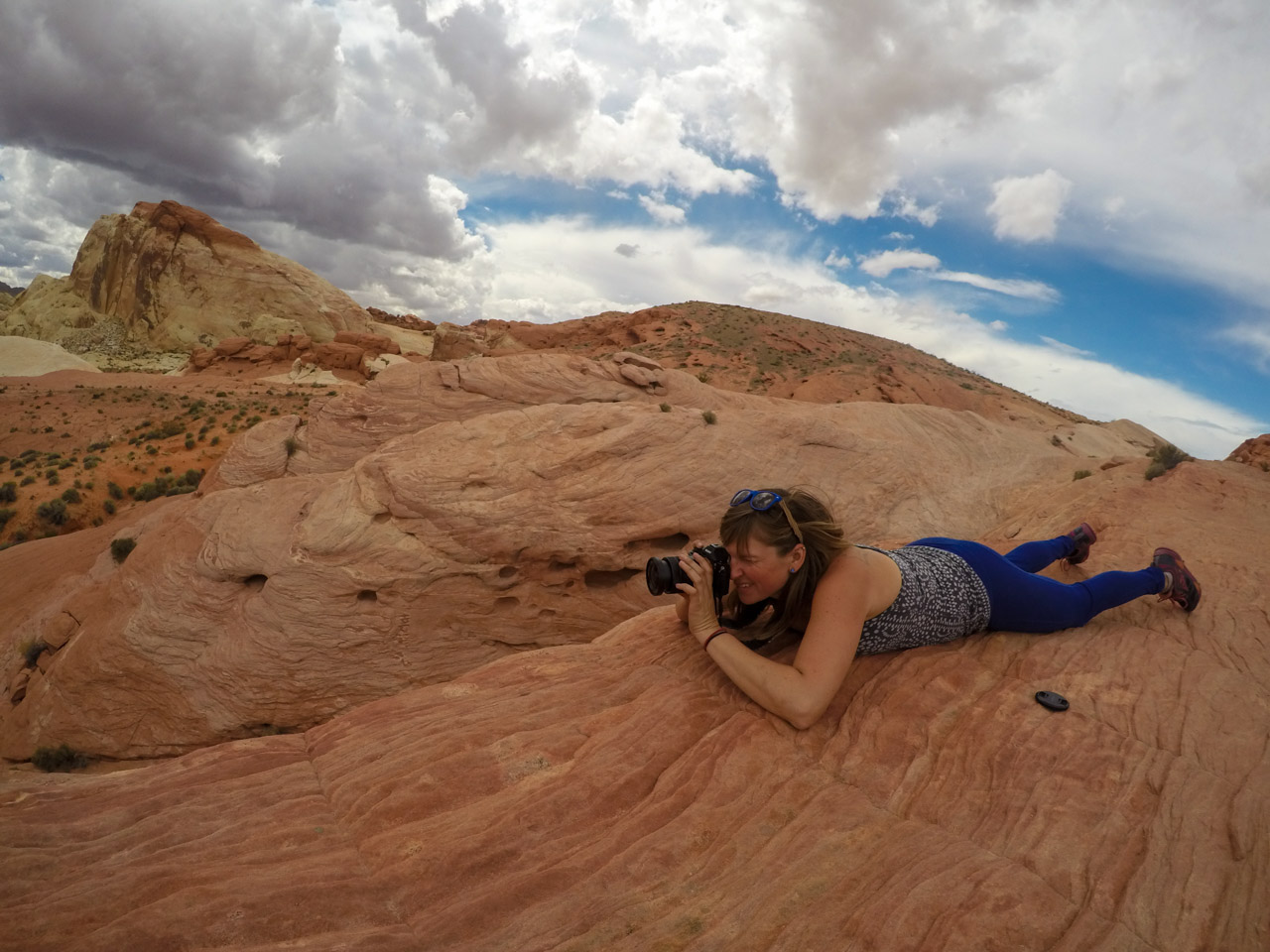 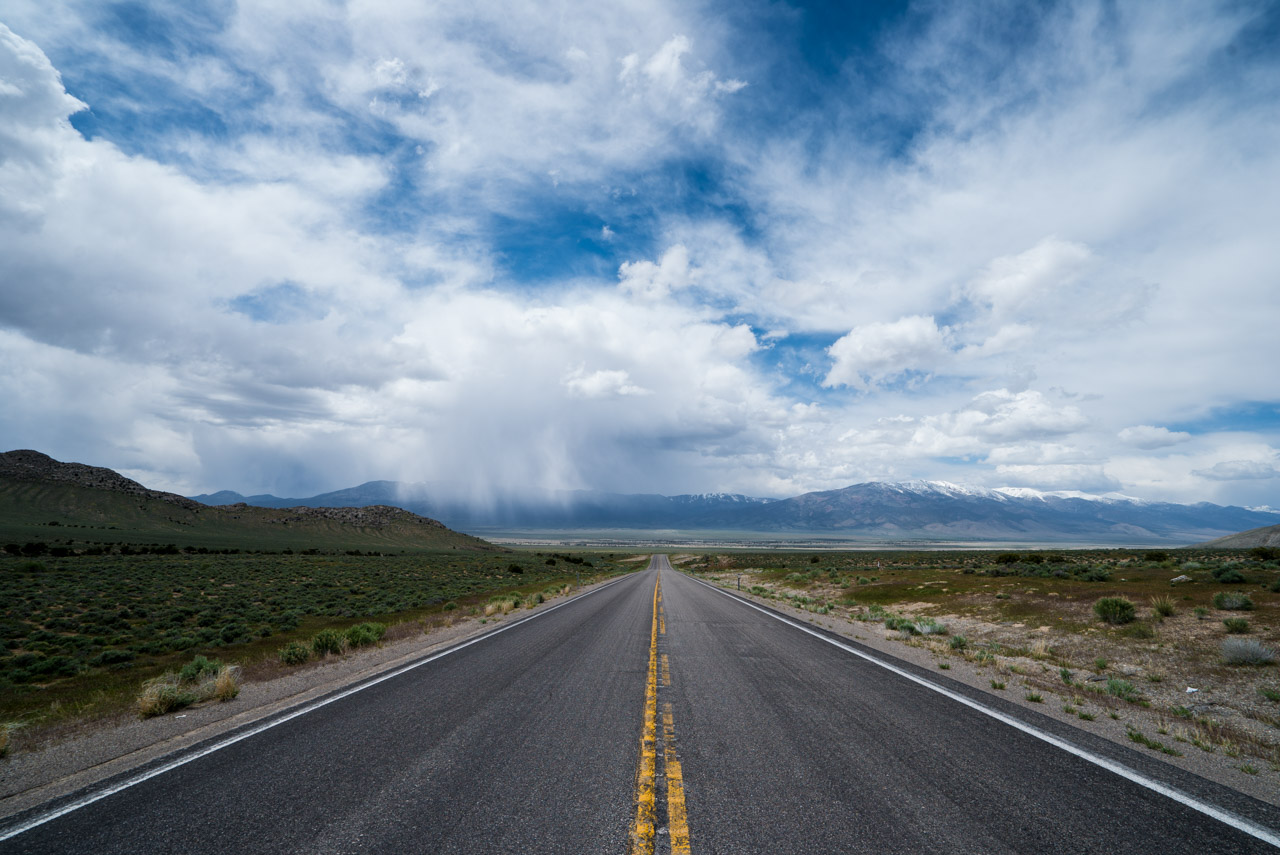 Nevada has more hot springs than any other state, and taking a soak was one of the things I was hoping to do on my road trip. One set of springs that’s pretty accessible from Highway 50 — also known as the “Loneliest Road in America” — is Spencer Hot Springs. I decided to take a quick detour.

When I arrived, there was a older guy hanging out in the nude, eating lunch by the pools. Totally cool…but since I was solo, I thought I’d let the friendly fella be and continue on my way. So I got back in the car, drove 20 minutes on a dirt road and then 65 miles on the highway before realizing I forgot my GoPro at the springs. Bummer!

Since I had a bunch of footage and behind-the-scenes pictures from my trip on the camera, I had to turn around. As I was driving back on the Loneliest Road, there were these really cool isolated showers in the distance. Wildflowers were blooming on the side of the highway. I decided to seize the moment and pull over, hoping a few minutes wouldn’t change the fate of my GoPro.

I noticed the broken yellow lines in the middle of the road and thought they’d add a cool pop of color. Since there weren’t too many cars out (hence the “lonely” bit), I figured I could run out into the road and snap a few shots. I got about waist level with my camera, focused on the yellow lines, and snapped away. I love how this shot captures the vastness of the landscape, the empty highway, and those amazing clouds in the distance. And for those who’re wondering, both my GoPro (thankfully) and that hot springs enthusiast were both still there when I got back to the pools. 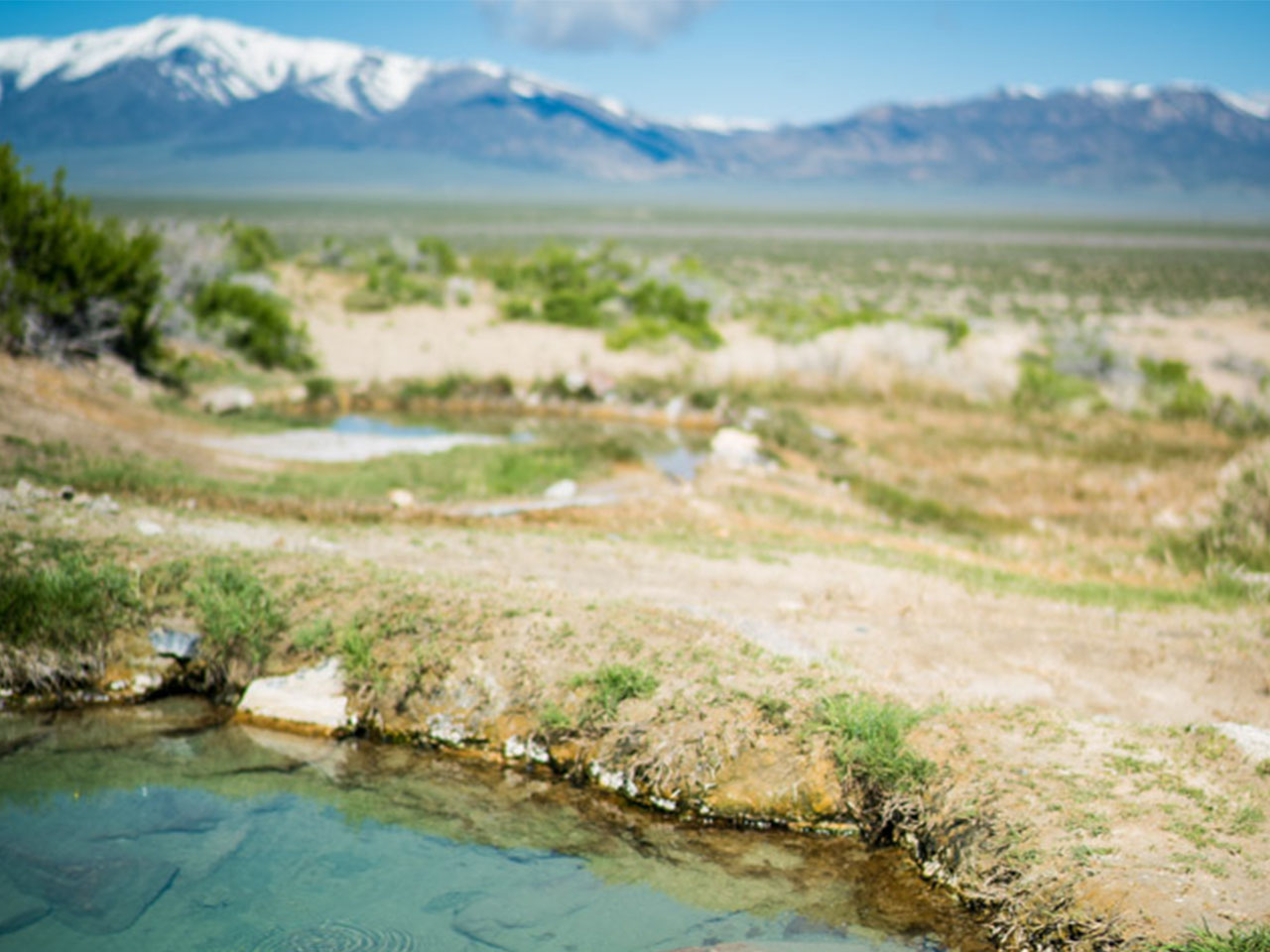 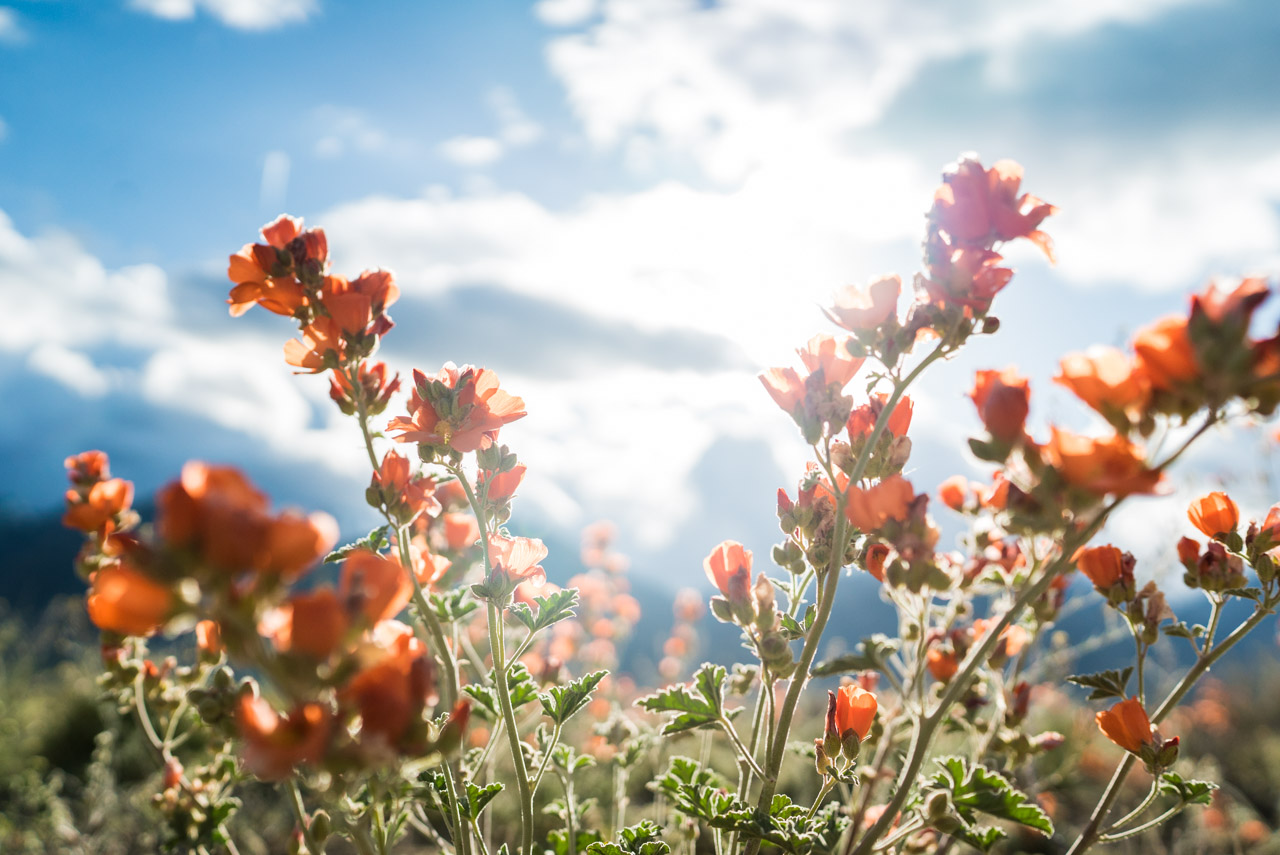 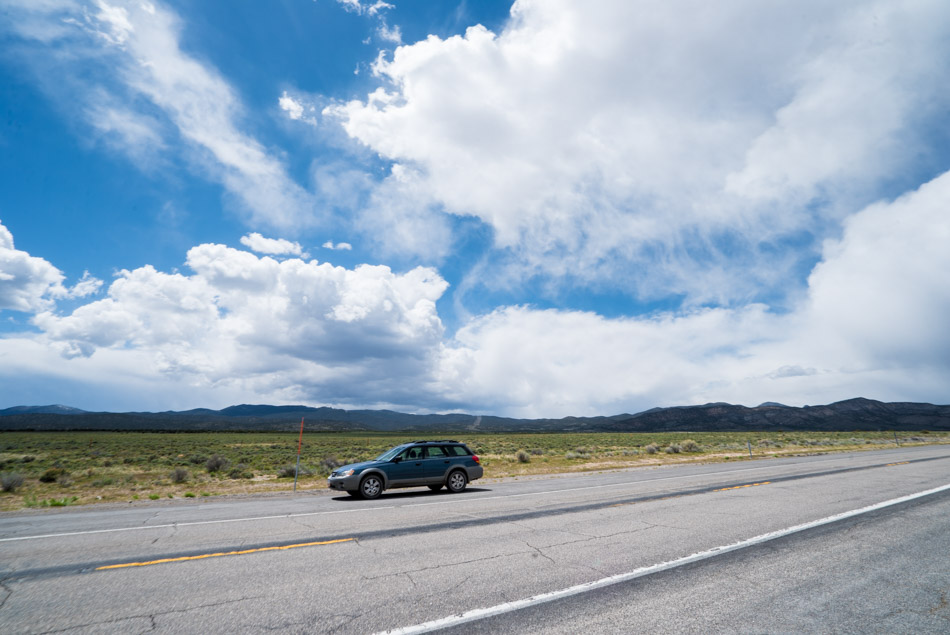 This post was produced in partnership with our friends at TravelNevada.
Matador Network © 2006-2020
✖
travelstoke
Download the mobile app
stoked by