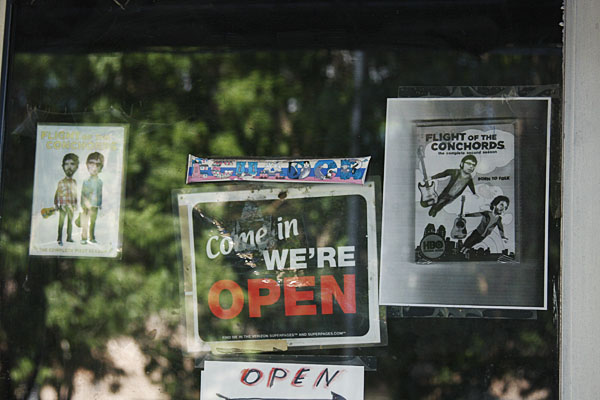 Walk in the footsteps of the Hiphopopotamus and the Rhymenoceros.

FLIGHT OF THE CONCHORDS — Kiwis Bret McKenzie and Jemaine Clement — are self-proclaimed “New Zealand’s fourth most popular folk-parody duo.” They ran a series for two seasons on HBO, which was filmed in New York. I love ’em. And if you don’t, there’s something wrong with you. Seriously. You should get that checked out.

Speaking of checking things out, there’s this clip from their live act — a “gangster-folk crossover”:

As I said, the show was set in New York — they were trying to make it in the Big Apple — with locations split between Manhattan and Brooklyn. I can only vouch for the Manhattan locales as I didn’t make it to the Brooklyn ones. But if you’re a fan of the show, and if you’re in New York, I have no choice but to call this a “must-do.” 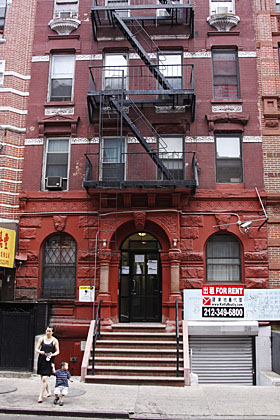 To be honest, there really isn’t anything mind-blowing to see. The “sets” are just regular-looking buildings. But nonetheless, it’s still exciting to snap a shot and stand where Bret and Jemaine performed their comedy genius. The whole tour should take you about 20 minutes. That’s about 19 minutes longer than their “New Zealand Town” bus tour.

First, make your way to Manhattan’s Chinatown. Their apartment is smack dead in the middle of several nearby subway stations:

Then find your way to 28 Henry Street. Stand on the sidewalk across the street and gawk in awe. You’re looking at the spot where their obsessive fan (and lone member of the fan club), Mel, stalked them, waiting to pounce as they left their flat.

About half a mile east at 232 East Broadway Street, you’ll find the rather nondescript building that doubled as the New Zealand consulate. 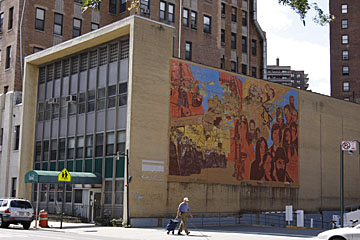 You’ll recall this is where Bret and Jemaine’s band manager, Murray, worked as Deputy Cultural Attaché. It’s also where they held their band meetings and where you’d spot hilarious promotional posters for NZ with slogans like “New Zealand: It’s next to Australia” and “New Zealand: Ewe should come.”

Right around the corner from the NZ consulate, at 10 Montgomery Street, is where you’ll see where Devjeet “Dave” Mohumbhai worked, in the family pawn shop, Mohumbhai & Son. It pretty much looks exactly like it did in the show, and they even have a small piece of paper on the window showing that, yes indeed, this is the place you’re looking for.

Check out these 10 On-Location Movie Sets Around the World.

Or how about a more spiritual post about a comedian: Squeegee Your Third Eye with Bill Hicks.

21 drinking games you can play in any bar Why does ‘yellow filter’ keep popping up in American movies? These destinations are opening to US tourists this summer This Italian village is offering visitors free accommodation this summer Portugal will not be welcoming US travelers after all