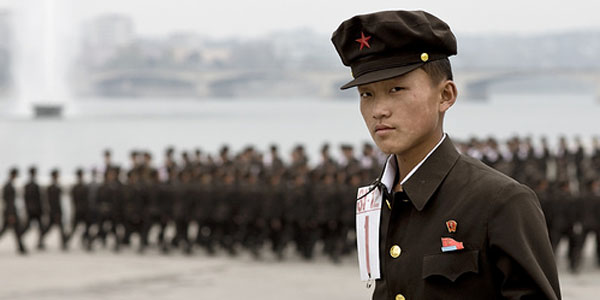 Need a new theme for your next trip? Try this one on for size, and see for yourself how these countries are bringing Orwell’s nightmare of 1984 to life in ways he never even imagined. 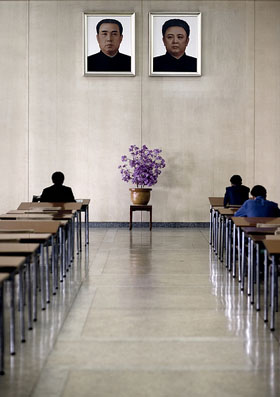 Score an elusive North Korean visa to experience the essence of totalitarianism: intolerance of goals that do not directly benefit the state, complete regulation of every aspect of public and private life, and a cult of personality in the diminutive form of a supreme leader — in this case, Kim Jong-il.

Combine these unsettling elements and the billboards of North Korea’s pompadoured father figure with the absence of stray animals, green grass, and tree bark and you get a society in which you’ll be grateful that you’re not an insider, just a traveler.

Call it Burma or Myanmar, its political system remains locked up in the grip of the State Peace & Development Council, an Orwellian term for the military junta headed by the Supreme Chairman, Senior General Than Shwe. From forced labor and union busting to human trafficking and child workers, the Chairman has many diverse interests.

By banning Google, Hotmail, and Yahoo they’ve even downsized the Internet and done away with the independent judiciary system all together. As a result, the Nobel Prize winning activist Aung San Suu Kyi hasn’t been allowed to leave her Burmese home since 1988. Pop in for tea with her, and you’re likely to hear a story you won’t soon forget.

Venture to this former Soviet Republic before the late dictator Niyazov’s most bizarre reforms are repealed. In his capital city of Ashgabat, you’ll marvel at the ego required to erect a rotating gold-plated statue of himself that ensures the sun always shines on his face.

Score a translation of the Niya Ruhnama, his national epic written to be the basis of the nation’s arts and literature (and required reading before taking the morality test necessary to get a driver’s license), before plunging into the Karakum Desert to pay homage to the monolithic edifice of him and his mother, Gurbansoltanedzhe (the official Turkmen word for both his mother, bread, and the month of April). 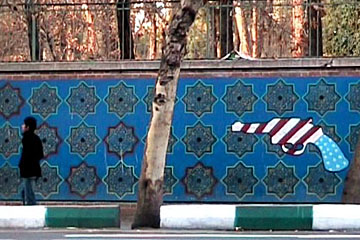 Turkmenistan or Absurdistan? Go decide for yourself.

Be tempted by the petrol dollars to be had and you might linger just long enough in this society — so strictly segregated by sex — that you’ll start to wonder what the mannequins look like under their clothes.

If you slither out of the hands of the Matawa (the Saudi secret police) for catching you with someone of the opposite sex at a weekly beheading in Riyadh’s Chop-Chop Square, the relationship between how oppressive a country is and how many terrorist organizations it produces may become painfully obvious. What will remain obscure is why Saudi Arabia has not made the U.S. State Department’s own Outpost of Tyranny list.

Sojourn on the shores of Tripoli to experience the larger-than-life cult of personality of the Brother Leader and Guide of the Revolution, General Omar Gaddafi. Since coming to power in 1969 Gaddafi has taken total control of the media, outlawed trade unions, engaged in arbitrary arrests, and made it legally impossible for any other party to come to power through the Prohibition of Party Politics Act.

With no parties nor public transportation, thumbing it through the desert is obligatory to get to the only gatherings officially sanctioned by the state: weddings and funerals.

Experience Cold War chills at the crossroads of east and west under the iron rule of Lukashenko in seldom frequented Belarus. Investigate the disappearances of prominent opposition leaders and independent journalists and you may just end up disappearing yourself. 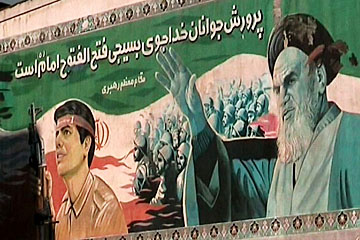 Listed as the only European holdout on the U.S. State Department’s infamous Axis of Evil list, Belarus keeps the death penalty alive in Europe and has regular election irregularities that make the American presidential election of 2000 look like it was on the up and up. But don’t take my word for it, go check it out for yourself.

To judge life under the wing of what Washington calls the avatar of Islamo-fascism, visit before the Coalition of the Willing does. Black-enshrouded women scuttling past giant murals of gun shaped American flags and jackbooted gangs of truncheon-wielding morality police are the images they’d like to sear into our Western consciousness.

Before Iran becomes the third installment of what could be the Gulf War Trilogy, visit for yourself. Or, at the very least, watch my video:

Why should we travel to totalitarian states?

Why should we go through the hassle and worry of walking that lonely mile? By getting the news out there, through forums like this, that these kinds of states still exist, we can begin to differentiate truth from propaganda. And look forward to the day when totalitarianism travel will be a distant memory, not a present-day reality.

Audrey Scott also strongly believes you need to see it to believe it, offering 5 Compelling Reasons to Visit Banned Countries.

If the above video didn’t convince you to add Iran to your travel wish list, perhaps these 7 Reasons to Travel to Iran NOW will. Also, make sure to give the Matador community blog post An American in Iran a read.

The most alien (human-made) landscapes on Earth

Belarus eats the most potatoes in the world — by a lot. Here’s the best dishes to try.