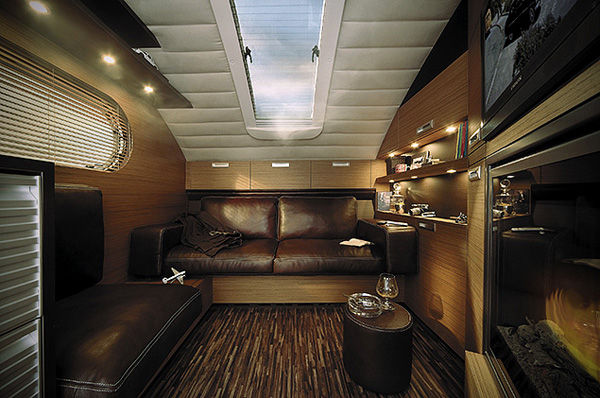 And does camping have anything to do with it?

SO THERE’S THIS travel trend that I’ve been trying to ignore. However, it seems to keep rearing it’s ugly head everywhere I turn, so I thought to myself, “Self, let’s just confront it and get it off our chest.” So, here goes.

In case you aren’t privy, glamping — or, glamorous camping — is one of the latest portmanteaus to come out of the “brain” of some marketing “genius.” Other well-known portmanteaus: smog (smoke + fog), spork (spoon + fork), wikipedia (wiki + encyclopedia), and Bennifer and Brangelina (if you don’t know where those came from, I applaud you, and am quite envious).

So why have I been trying to avoid it? Let’s see. Glamorous; Camping. Luxury; Outhouse. 1200-thread-count Egyptian cotton sheets; $15 sleeping bags from K-Mart. Bliss; Miserableness. You see? The two are clearly not compatible. 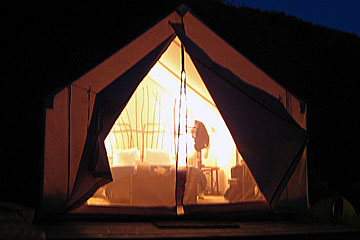 Despite that though, there apparently is a market out there for people who are willing to shill out big dough for the appearance of “becoming one with nature.” Now, to be fair, I think glamping has been around for ages. It just used to be called “rustic lodging.”

Take goglamping.net for example (which is the first site Google comes up with when you search the term). They highlight an eco-lodge in the Algarve where you can sleep in a converted yurt, caravan, or firetruck. All fully equipped of course.

Or how about this ecopod boutique retreat in Scotland? What does this even have to do with camping? Looks great, yes. But for £995 per week definitely should not be in the same conversation as camping.

Is there “authentic” glamping?

That is probably not even a valid question. It’s such a new term that there doesn’t appear to be any sort of standard for exactly what the hell it is. Where are the lines drawn? What are the rules?

In my opinion (which essentially means nothing, I know), glamping — if the term needs to be used (which it doesn’t) — should essentially be the traditional idea of camping, just with a few more amenities for comfort. The sleeping structure should still be readily portable. The bed should not be more comfortable than the one I have at home. Bathtubs and sinks — in fact all plumbing — should still not be allowed inside the tent.

So, most of these fail. Do they look cool? Definitely. Toss a free press trip my way and I’m there in a heartbeat. (Seriously, PR people. You can reach me at carlo[at]matadornetwork[dot]com. I’ll be waiting.) 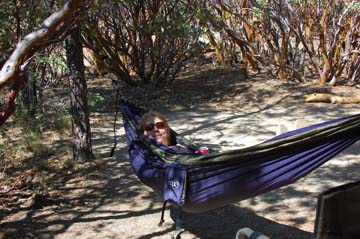 Glamping? To some / Photo: OctopusHat

What bothers me is the condescension that is involved when marketers come up with ideas like this. Perhaps what gets me even more is that consumers are actually tricked by it. Boutique hostels? C’mon. They’re just slightly nicer hostels (or slightly worse hotels, depending on your perspective).

And the usage of the word “urban.” Toss that before any other word and you’ve got yourself a ready-made trend that yuppies the world over will flock to. Urban Market — where they sell the exact same things as the regular market down the block, but for much much more. Urban Burger — you guessed it. It’s a ground beef patty in a bun! Except this one costs $18.95.

OK. Your turn. Sound off below!

[poll id=”8″]
What did you think of this article?
Meh
Good
Awesome
Bookmark
Posted In
Travel