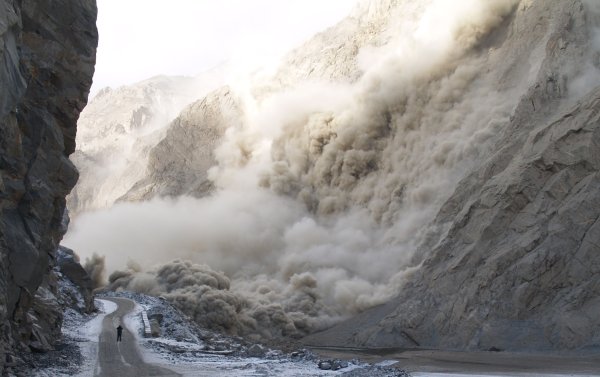 Heather Carreiro reports on a disaster event that has left the KKH impassable.

NORTHERN PAKISTAN’S KARAKORAM HIGHWAY, one of the highest roads in the world, is often blocked by landslides.

In most cases, the national Frontier Works Organization is able to clear affected areas and open the road within a matter of days, but the landslide that took place on January 4, 2010, covered the village of Attabad, blocked the flow of the Hunza River, and created a lake over 7 miles long and 200-feet deep.

Below is video coverage from Al Jazeera:

Reports from local news sources have put the death toll from the initial slide at 20. Originally only 26 houses were taken out, but with waters rising between one and three feet per day due to blockage and heavy rains, several villages have now been washed away. Camps have been set up in neighboring villages for the 1,500+ displaced persons.

The Karakoram Highway is effectively blocked at Karimabad, the Hunza Valley’s main town and central base for tourism and trekking. The slide took place 15 miles north of Karimabad, and now the only way to reach Upper Hunza and Gojal is by helicopter. Stranded villages have been evacuated by boat.

Three miles of the Karakoram Highway are completely submerged, including a vital bridge between Shiskit and Gulmit.

Aid workers and journalists working in the area have not come to a consensus as to how long it will take to drain the lake and restore the road. Some estimates are as optimistic as April, while others predict the road will remain blocked through the summer months. Others fear the warm season’s glacial runoff will continue to enlarge the lake and make the situation worse. 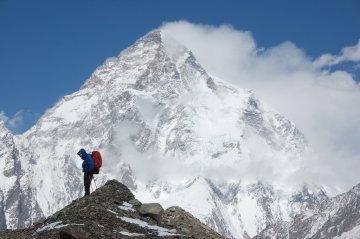 All areas in Upper Hunza and Gojal will be off limits until waters have subsided and the road is clear. Hikes and tours out of Karimabad into Lower Hunza may still be possible, although with the trade route to China shut off there are likely to be shortages of goods.

The Khunjerab Pass leading to China is usually blocked by snow from September through May, which means right now all villages between the landslide area and the Chinese border are cut off from transportation and trade. Village traders have started ferrying essential goods to these villages by boat.

If you are planning a trip to northern Pakistan for summer 2010, you can still head to Chitral and the Kalash Valleys, Skardu and Baltistan, and the Gilgit-Diamer region.

The blogs of the Pamir Times and Hunza Times are the best online sources for updates on the situation in Hunza.

Read about how disaster struck on the other side of the world in Machu Picchu after the Floods: Update and Outlook.

What did you think of this article?
Meh
Good
Awesome
Bookmark
Posted In
Trip Planning
Destinations
China Pakistan

The importance of loud Pakistani women

5 heroes working to empower women around the world

This picture nearly got its photographer killed