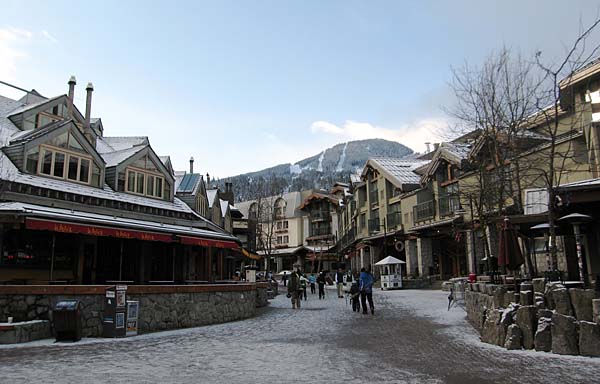 What world-class ski resort was named after a rodent? Here’s a hint: it’s not Mouse Mountain.

Whistler Mountain in British Columbia, Canada was named after the whistling sounds made by the marmots who inhabit its slopes. They use this call to warn their fellow brethren of impending danger.

Originally called London Mountain due to the regularly occurring fog and rain, the moniker was changed in 1965 as a promotion to attract more visitors. Good call.

If you’re keen to see these cute, furry animals, visit in the summer and take a walk on one of the numerous hiking trails. You’re bound to spot some marmots darting over the rocks and, if you listen carefully enough, you might just hear how Whistler got its name.

Marmots not turning your crank? How about Black Bears? For a chance to see these and other wildlife in Whistler, take an eco-tour.

What did you think of this article?
Meh
Good
Awesome
Bookmark
Posted In
Outdoor Winter Sports Parks + Wilderness