Tsingy National Park (full name: The Tsingy de Bemaraha National Park) is a national park in Madagascar. The name “tsingy” comes from a Malagasy word meaning “walking on tiptoes,” which is an apt description of the landscape of the park. It is known for its unique karst formations, formed by rain that dissolved the soft limestone over time, creating sharp, rocky spires.

It’s one of the wildest looking places on earth and a must-visit national park for hikers who love exploring the world’s most unique places on foot. It’s a UNESCO World Heritage Site and home to endemic species like bamboo lemurs and the rare fossa (similar to a large weasel mixed with a house cat).

How to reach Tsingy National Park 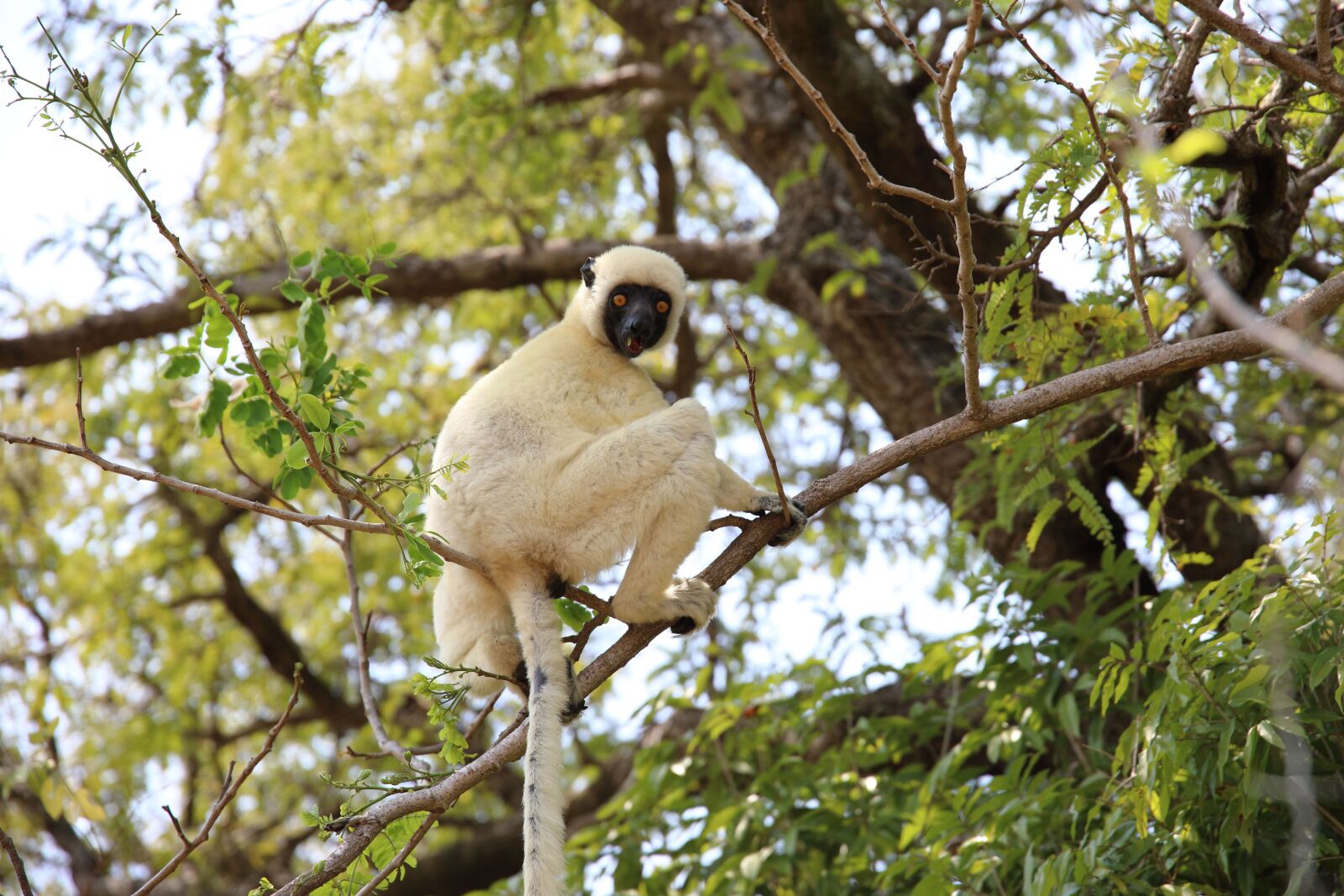 Getting to Tsingy National Park isn’t easy. You’ll first need to travel to Madagascar, then make the 14-hour drive from the capital city of Antananarivo to the western part of the island, near the town of Bekopaka. There’s a daily shuttle with Cotisse Transport that you should book in advance. You can also charter a flight to the park; they are, as you might expect, not cheap. However, they are much quicker and allow you to see the park in a single day trip. If you go that route, book with a reputable company like Cactus Tours.

If you book an organized tour, you’ll probably also visit other nearby areas like the stunning Avenue of the Baobabs.

Hiking in the park 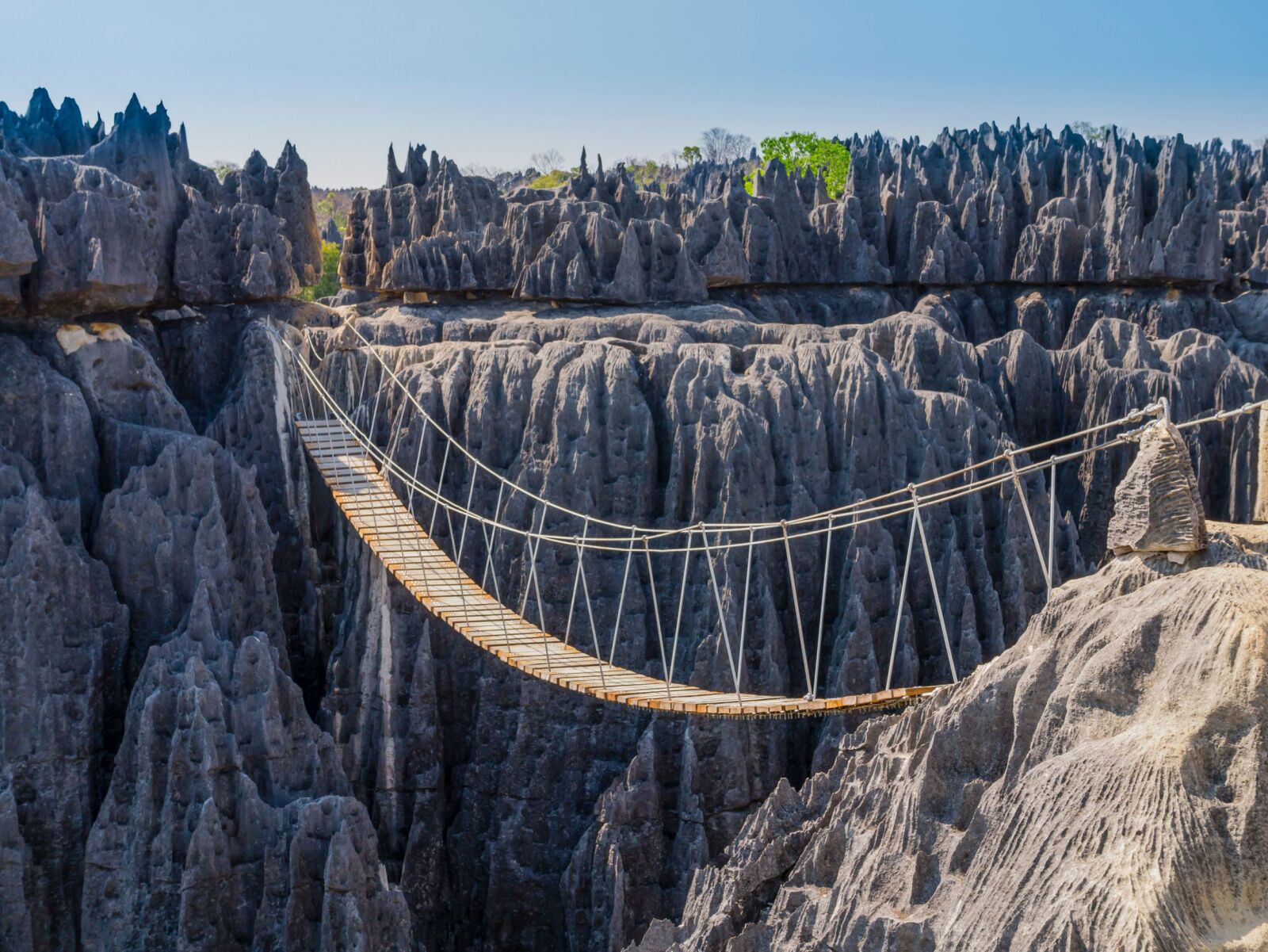 If you’re gotten yourself to Bekopaka, rather than going as part of a tour, you’ll need to arrange another tour or guide to visit the park. It can only be visited with a guide, so you can’t walk in by yourself. There are no roads or other forms of transportation within the park, so travel on foot is basically your only option.

Most of the popular hikes in the park are in the namesake features: the Great Tsingy and Little Tsingy. These are the two area of the park with the jagged and sharp limestone formation shown in the video above. In the last decade or so, the country added dozens of rope bridges and various assists for moving across the tsingies, but you should still be prepared for a very physical hike.  The Tantely and Andadoany circuits are the easiest in the region, while the hardest is probably the 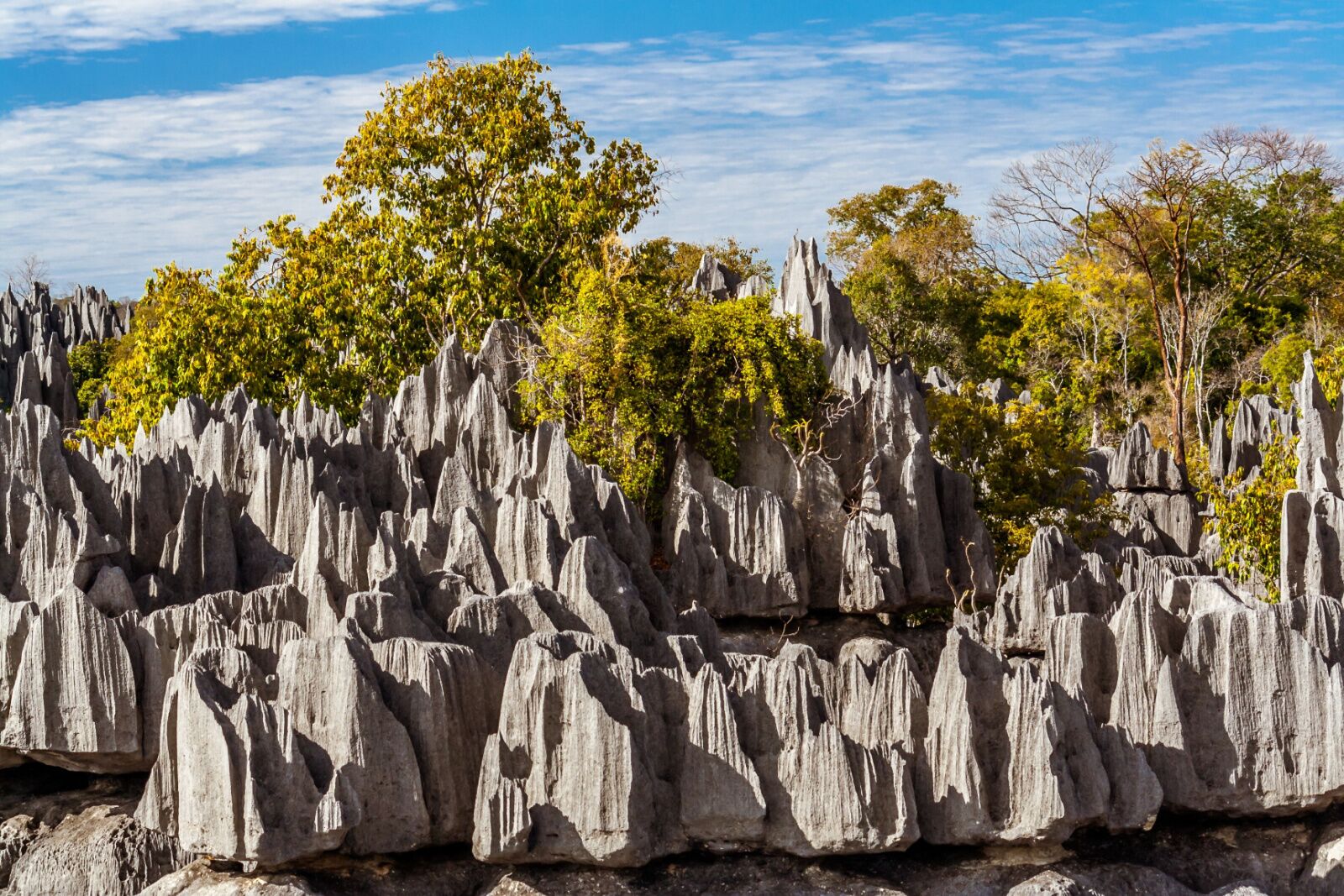 The park is only open between mid-April and mid-November as the winter rainy season can render transportation impossible (and have an increased risk of flash flooding). At the park visitor center, you’ll have to pay both an entrance fee (usually around 55,000 Malagasy Ariary, or $12). You’ll then need to sign up for a tour which has an extra fee. The park website lists all the available options. At the Tsingy National Park visitor center, you can also arrange other activities like boat tours or cave walks.

You can also buy your park tickets at the tourist office in Antananarivo before heading to Bekopaka.

National Parks14 Stunning Images From an Unforgettable Trip To Wild, Remote Madagascar
Tagged
National Parks Madagascar
What did you think of this story?
Meh
Good
Awesome

What's Going on in... Madagascar?

Three Stories From Under the Radar: Brazil, Madagascar, and a Few Ugly Eco-Disasters