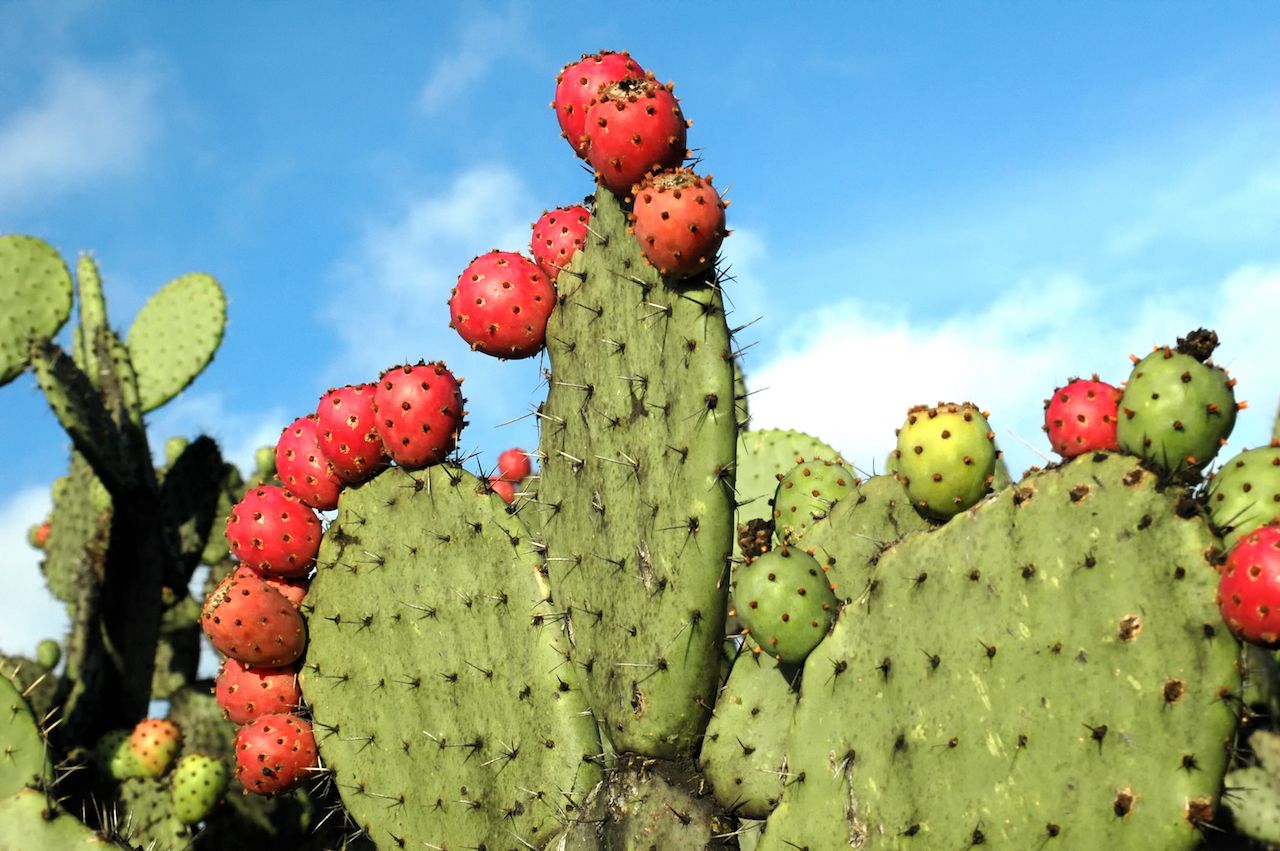 Nopales are everywhere around Mexico: on the side of the roads, growing wild on the back of your garden, on veggie stalls in your local market, and even in our coat of arms. They’re an icon, not just of Mexican culture, but also of our cuisine. They’re the perfect garnish if prepared as a fresh salad with coriander, onion, tomato and chile; you can also have them grilled to accompany a good taquiza; you can prepare nopales stew, add them to your veggie soup, mix them with eggs or even drink them combined with celery and orange in a strong anti cold juice. It’s a highly nutritious, high-fiber plant, that also helps to keep cholesterol and blood glucose levels in check. A little slimy, but really delicious. 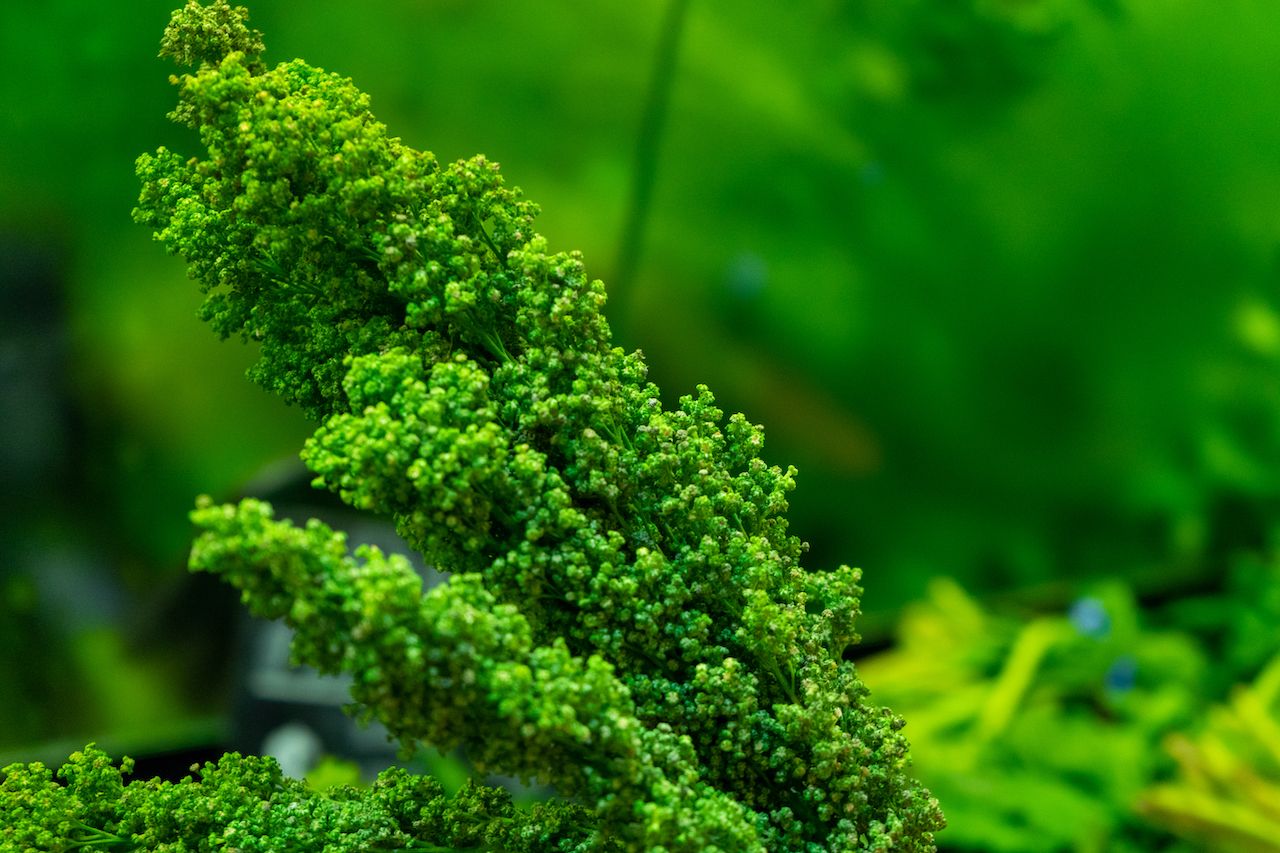 Huauzontles are common looking herbs that doesn’t make a strong first impression, but once you try them, you’re gonna be looking for all kinds of recipes and practicing how to say their damn name. Huauzontles are eaten whole, including branches, leaves and flowers. They can be found in some broths (mole’s one of them), but the traditional way to try them is in croquettes stuffed with Oaxaca cheese. The traditional sauce used for this dish is made of pasilla chiles, but if you can’t find them, serrano or green chiles will do as well.

Huauzontles are among a group of edible herbs referred by Mexicans as quelites. Quelites are wild, non-cultivated veggies that are found as sub products of other crops, mainly cornfields. The use of quelites is a pre Hispanic tradition, centered on the things that nature gives us without asking anything in return. 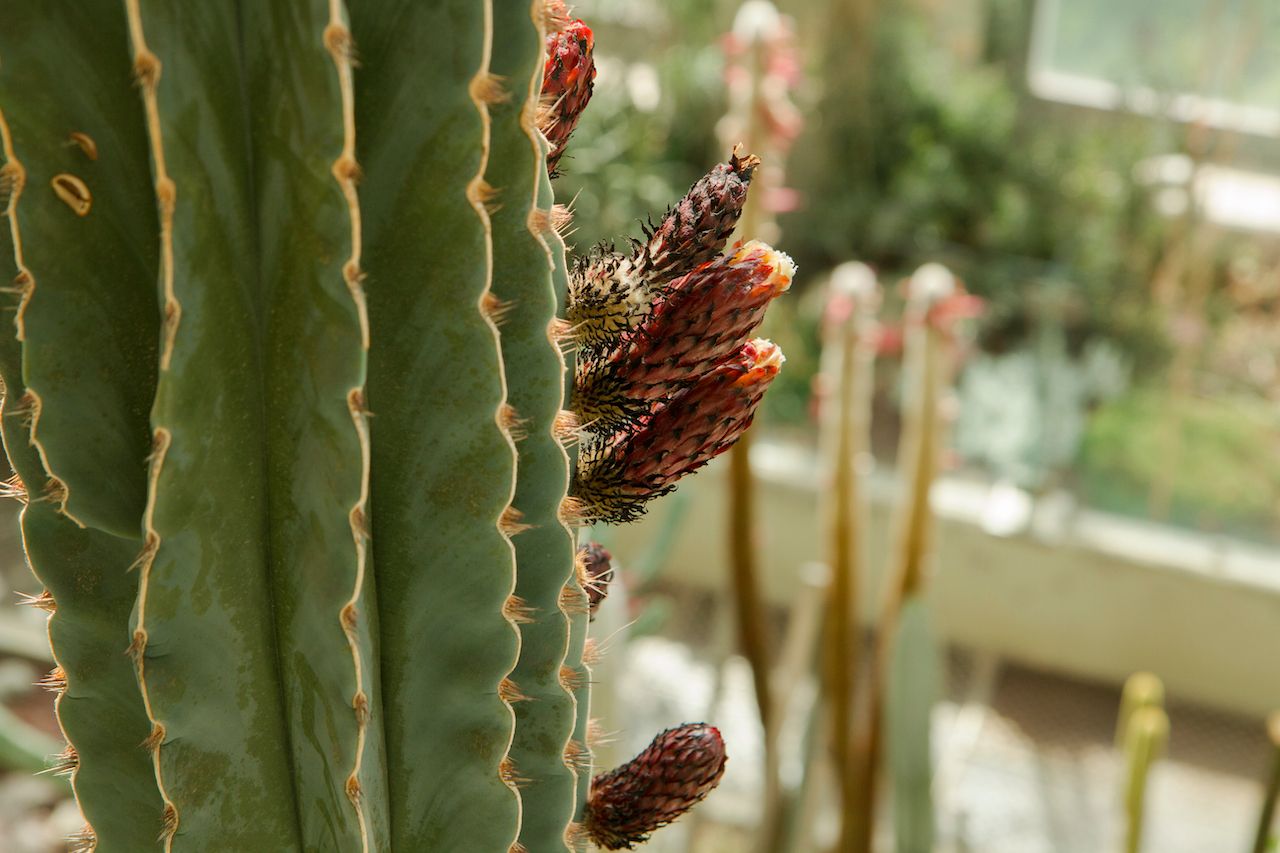 Who would have thought that those small flowers growing at the top of a giant cactus would be so delicious! Tetechas are super tasty, highly nutritious and versatile. You can prepare them any way you like: as a soup, dressed with a chicatanas (winged ants) sauce, with your favorite mole or you can just throw some of them into any stew for the extra flavor. However, the easiest and best way to enjoy a typical dish including tetechas, is to visit central Mexico, specifically the town of Zapotitlán Salinas in Puebla, between April and June (when the cactus flowers and tetechas appear on every menu). Among the restaurants offering this delicacies, I strongly recommend you to visit Itandehui, a small joint that prepares gourmet dishes based exclusively on local ingredients. Since you’re already there, pay a visit to the Helia Bravo Hollis Botanical Garden and enjoy the unique view of a cactus forest. 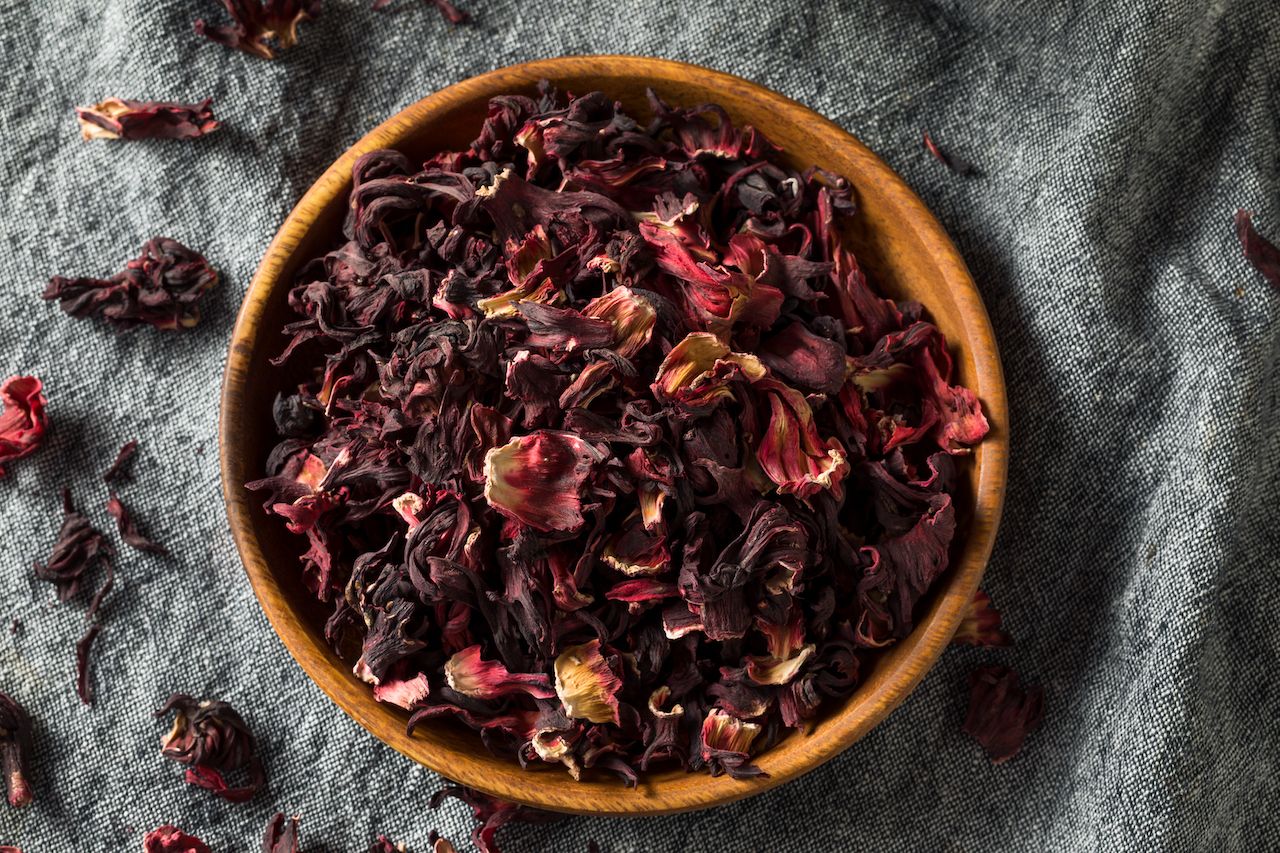 Almost every mexican household has some jamaica (hibiscus flowers) in the pantry, but not many people take advantage of these flowers beyond the preparation of the traditional agua de jamaica. Fortunately, jamaica has been recently incorporated into the Mexican cuisine as a strong component of savoury and sweet dishes, hot salsas and even in bakery. One of the recipes that has become very popular is a variation of one of our classics: jamaica enchiladas. A piece of advice, when preparing anything with jamaica, you can recycle some of the flowers you previously used to prepare water; the flavor will still be intense and delicious. 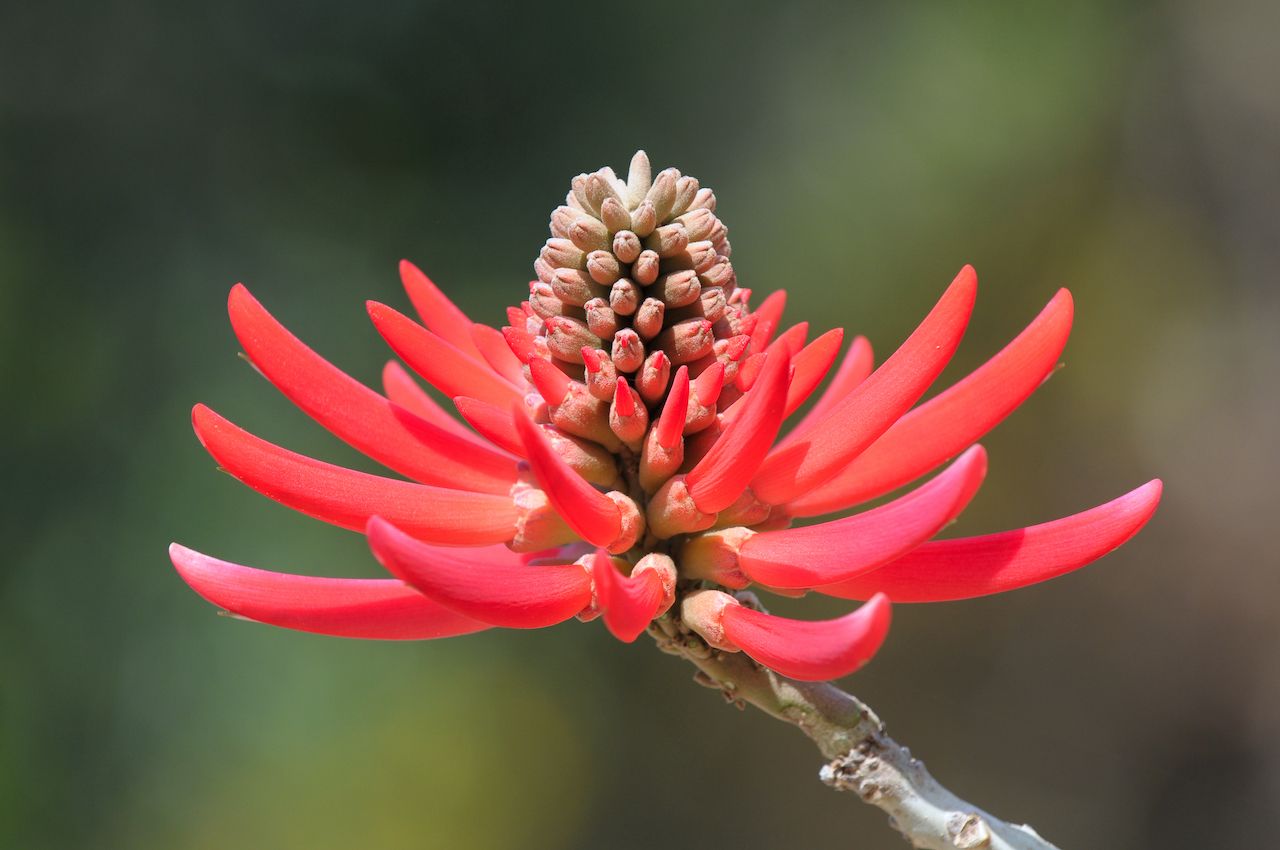 Colorines or gasparitos are part of the traditional cuisine of Veracruz (in the Gulf of Mexico), but most people don’t know how to prepare them and it’s common to find these flowers scattered around the streets of Mexico, where the tree is quite common. Colorines are bright-red colored flowers, growing in clusters, that appear almost synchronous with the violet explosion of the jacaranda tree. The seeds and other parts of the plant are toxic, but the flowers are perfectly edible when cooked; they have a strong flavor -people use to say they taste like beef- and they’re very appreciated among the people that knows how to prepare them. Here’s a recipe to prepare the traditional gasparitos croquettes (it’s in Spanish, but it’s worth every second you’re gonna invest in the translation), a Veracruz delicacy that you should try whenever you have the opportunity. 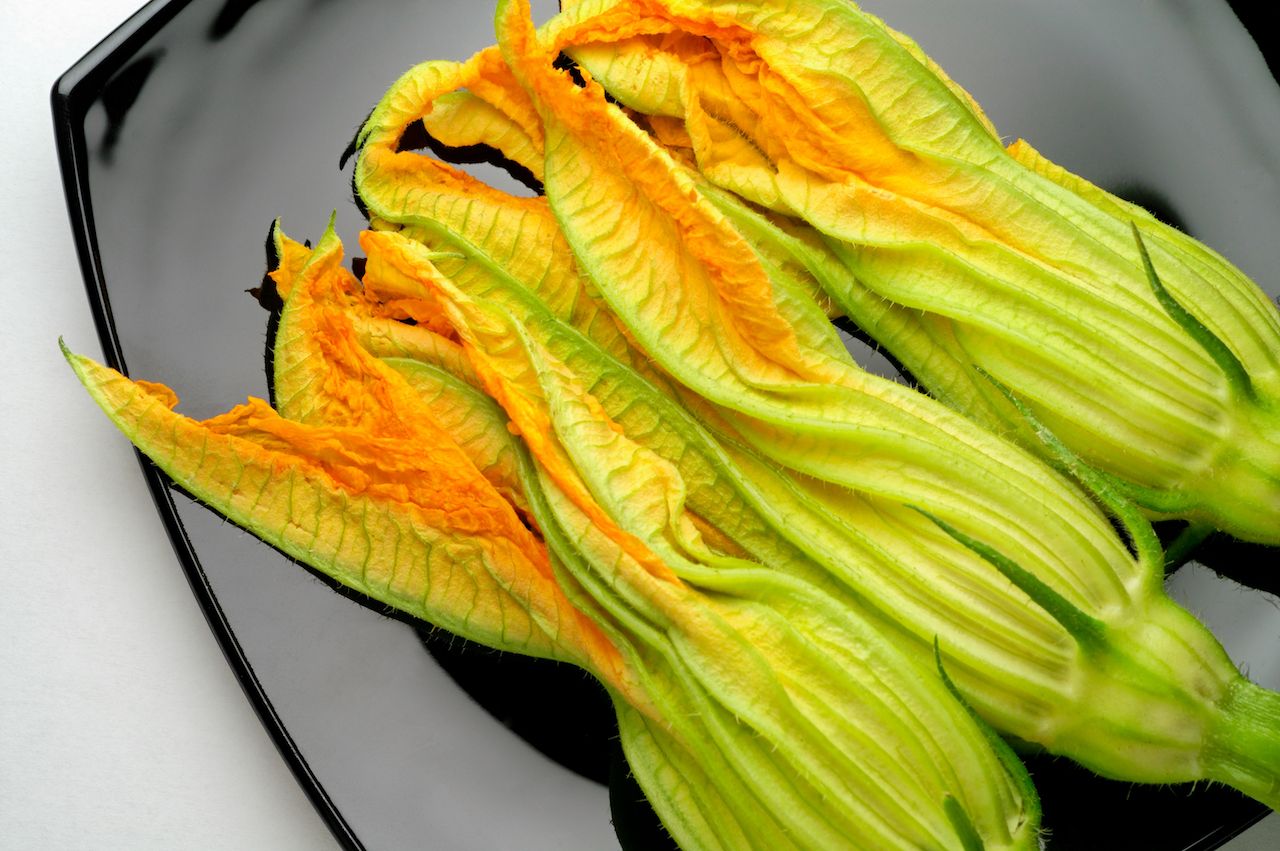 A quesadillas stall in Mexico will never be complete without including quesadillas de flor (squash blossoms) in the menu. These bright yellow flowers can be deep fried, steamed, cooked in soups, used in salad dressings or even serve as the main ingredient for an original Mexican pizza. Here are some ideas to prepare flor de calabaza. Enjoy! 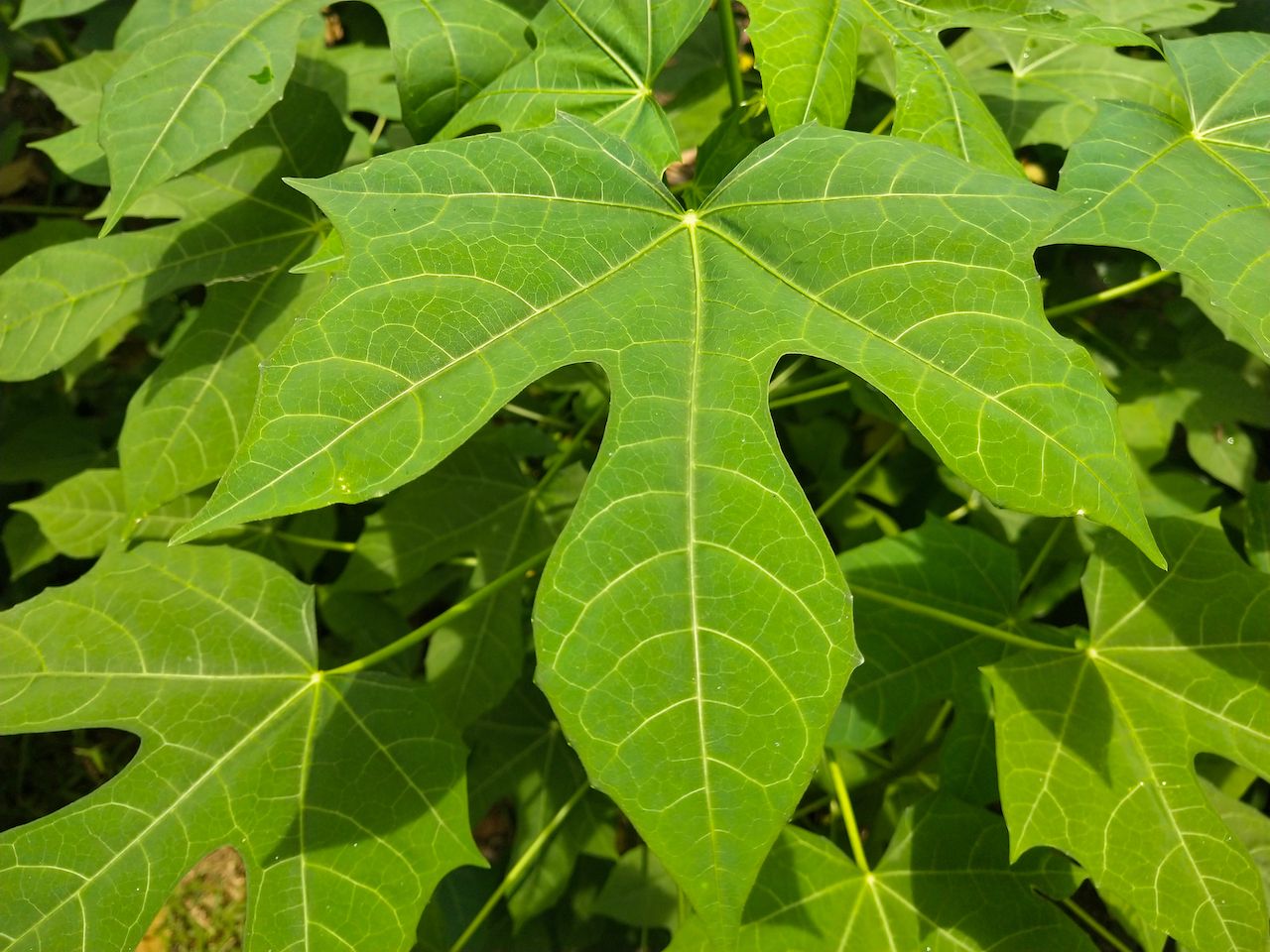 A very famous herb from the Mexican Southeast, especially in the state of Yucatan. This plant is one of those superfoods that have every possible vitamin and mineral your body needs and just the right amount of proteins you’re seeking to maintain that active lifestyle. However, it’s important to consider that fresh chaya is toxic, so you better boil it before consumption. Once cooked, you can do whatever you want with it: juices, fruit shakes, tamales, salads or stews. Keep the name in mind for the next time you’re around the Mexican Caribbean. 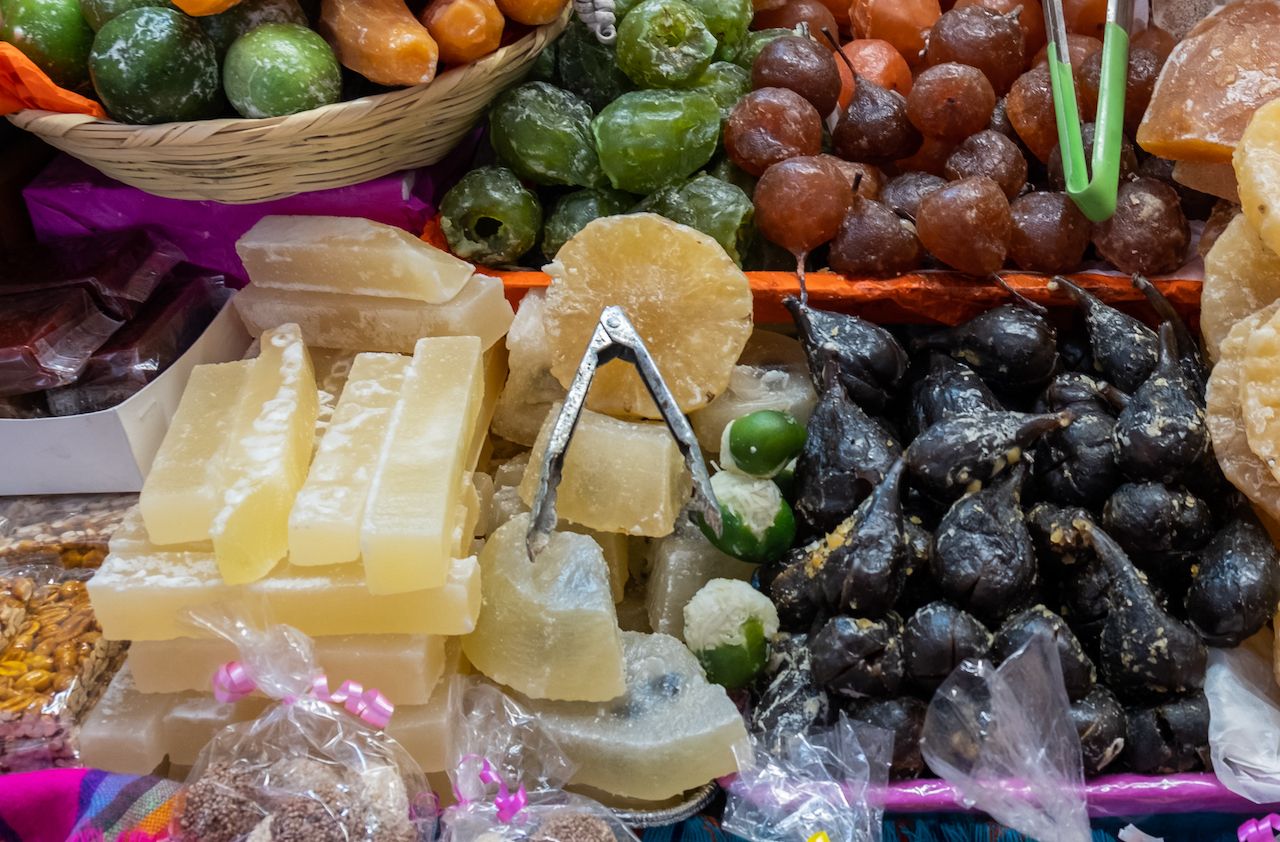 Acitrón is a traditional Mexican candy extracted from big round cactus plants distributed in the central part of the country. The cactus pulp is crystallized, forming a yellow soft candy that can be usually find in Mexican markets. This product is traditionally used to decorate Roscas de Reyes and it’s one of the central elements in the preparation of chiles en nogada. However, acitrón has a dark side: the extraction of the cactus pulp has caused a significant decrease in the cactus populations and the species is currently under special protection. The extraction of the plant is illegal, but merchants and producers have found ways to keep their product in the market (the processed parts of the plant, including acitrón, are not currently regulated). Given the circumstances, consumers have a great responsibility in this matter. Are we gonna promote the commerce of an endangered species just to maintain a tradition on our tables? 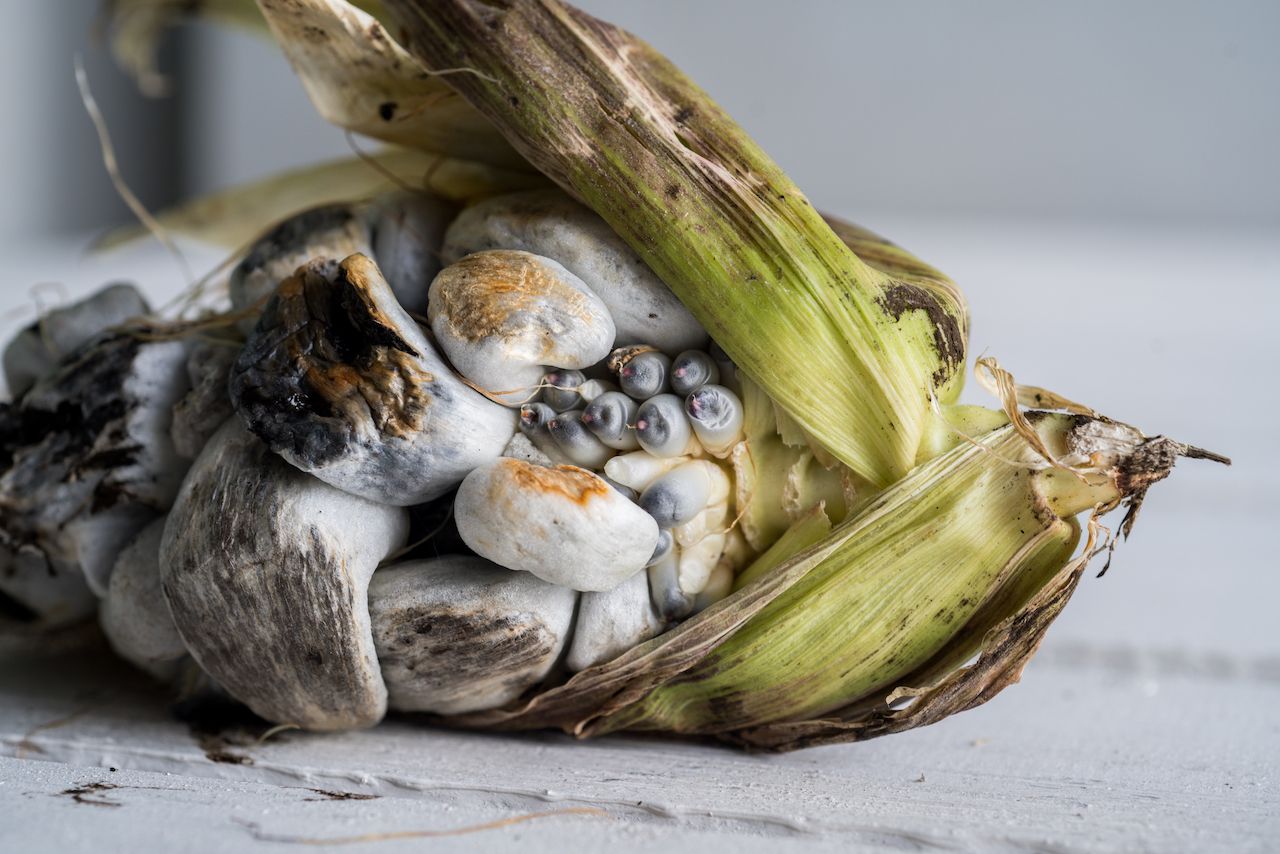 Ok, so this is not even a plant, it’s a mushroom that infects corn crops, but it certainly deserves a honorable mention. Anyone who has ever seen an corncob infected with huitlacoche might have doubted that eating it was actually the wise thing to do. Huitlacoche isn’t the prettiest thing in the market -it’s not even pretty when compared to other mushrooms-, its characteristic black color could dissuade some foodies, but the story changes once it’s mixed with epazote, garlic and you put it inside a blue tortilla… you’ll be immediately hooked. Every year, during the rainy season, huitlacoche fever rises and most people will enjoy buying a little bit of the fresh mushroom, even if it’s the most expensive thing in the shopping list.

Tagged
Sustainability Mexico
What did you think of this story?
Meh
Good
Awesome