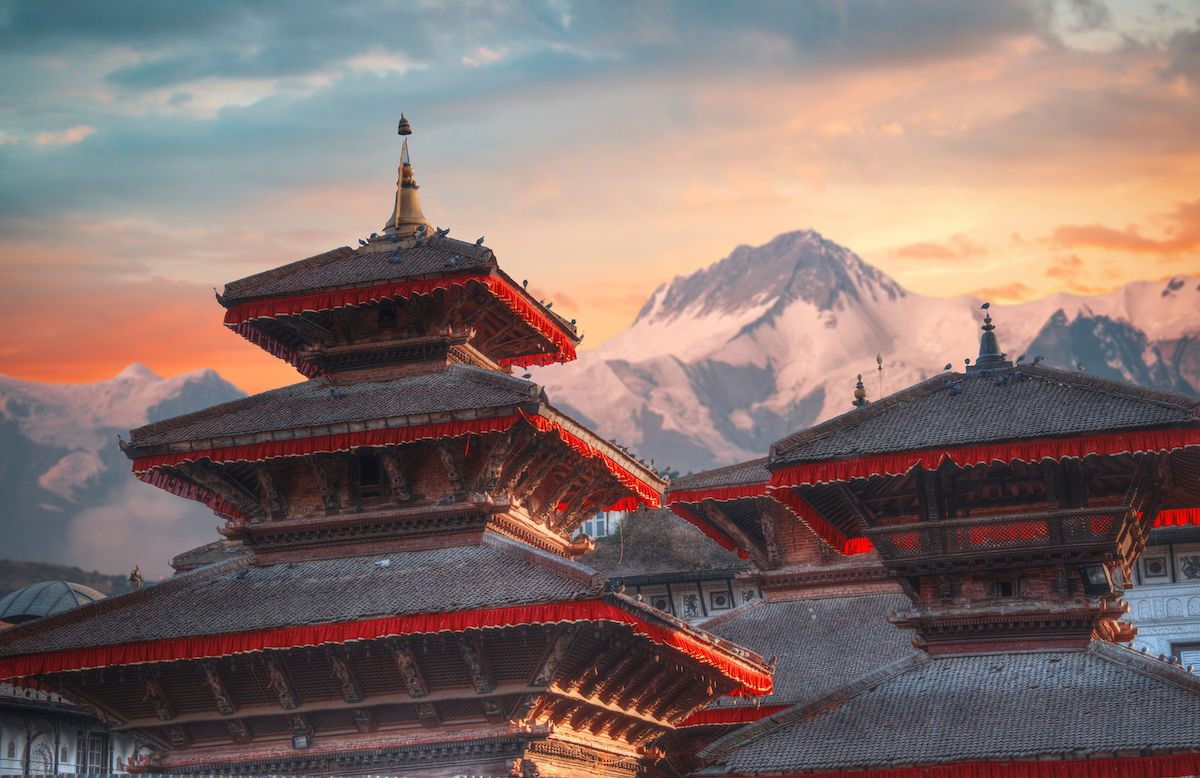 Nepal is one of the richest countries in the world in terms of bio-diversity due to its unique geographical position. It is bordered by the People's Republic of China to the north and by India to the south, east and west. The Himalaya mountain range runs across Nepal's northern and western parts, and eight of the world's ten highest mountains, including the highest, Mount Everest, are within its territory.

Prior to 2006, Nepal was a kingdom. Nepal is now a federal democratic republic. Its recent history has involved struggles for democratic government with periods of direct monarchic rule. The first President of Nepal, Ram Baran Yadav, was sworn in on 23 July 2008.

In general, 5 seasons prevail in Nepal: Autumn (dry and mild) through October to November, Winter (mostly dry and cold) from December to mid-February, Spring (dry and mild) from mid-February to mid-April, Pre-monsoon (dry, often squally, and hot) from mid-April to mid-June, and Monsoon (wet and warm) from mid-June to end of September

Only a few monuments damaged by the earthquake. The square is usually full of people.

After an exhausting trek of 10 hours, returning to Gorak Shep is highly welcomed. Again, there are not too many...

Hikers typically stay one night in Pheriche, proceed on the next day to Namche Bazaar and finally arriving at Lukla...

Your next goal will be Lobuche, where you spend the night and prepare for your final ascent to the Everest...

Best view from Pokhara If you wish to avoid the bustle of Pokhara lakeside, staying near the World Peace Pagoda,...

Be a local. Wherever you go.

5 alternative teahouse treks in Nepal with no crowds

Stay for a while: the 12 best countries for a radical sabbatical