Each spring, in the mountainous regions of Nepal, the world’s largest honey bee, Apis laboriosa, pollinates brightly hued rhododendron flowers and carries nectar back to cliffside nests. There, the hive creates a viscous, bitter-sweet dark red substance. This is what’s called “mad honey.”

Despite being both rare and difficult to harvest, global interest in the substance has risen sharply in recent years. Mad honey is no longer consumed solely in the small regions of Nepal and Turkey where it’s produced. These days, it’s available for purchase from many online sellers so that people around the world can try it and experience effects that include a sense of calm, euphoria, and, in rare cases, psychedelic visions.

But should you try mad honey? It’s an all-natural source of many purported benefits, both medicinal and recreational. It’s also legal and straightforward to purchase in most countries. However, dosing with mad honey isn’t without health risks.

The history of mad honey

Humans have been eating mad honey for over 2500 years. The honey is harvested primarily in Nepal and Turkey, but it’s also been traded to foreigners since ancient times. One of the earliest recorded instances of the effects of mad honey occurred in 401 BCE when an ancient Greek philosopher named Xenophon included a story in his book Anabasis about Athenian soldiers who consumed the honey. The soldiers apparently overindulged and had a bad trip, collapsing on the ground for several days, unable to do much besides lifting their heads to vomit until it ran its course.

As global trade increased, mad honey was exported to Europe, likely in the 18th century, although it never saw enormous popularity. Today, mad honey still flies mostly under the radar, but its small international following is steadily growing.

How is mad honey produced? 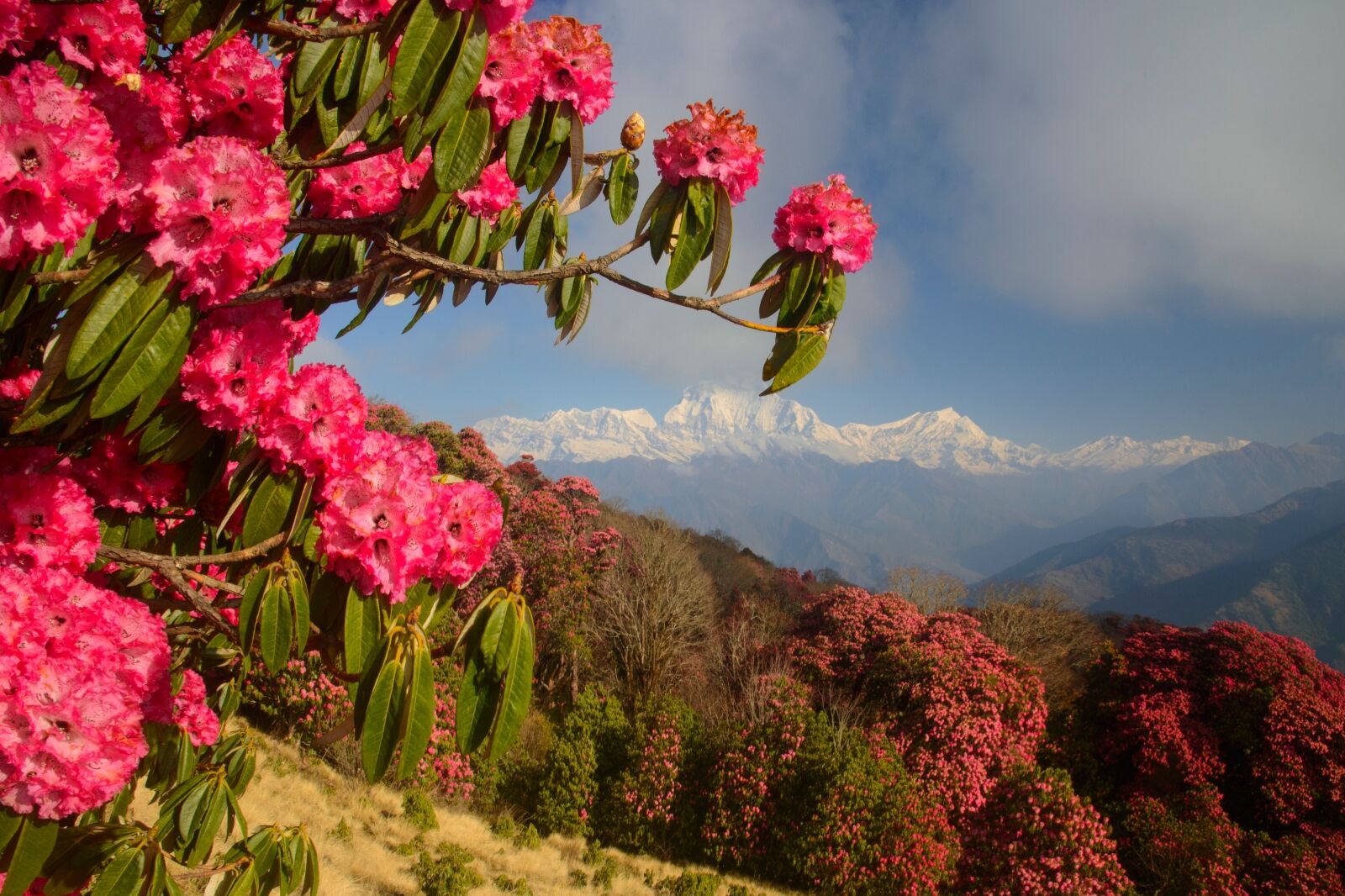 Mad honey is only produced by bees that pollinate rhododendron flowers. Rhododendrons naturally produce grayanotoxins, a collection of toxins found in many plant families. Bees ingest nectar containing grayanotoxins, break the sugars and other components down in their stomachs, then secrete honey into the hive’s honeycombs. Over time, the honey loses water to evaporation, and the grayanotoxins become more concentrated.

Mad honey has long been harvested by the Nepalese for its medicinal benefits, although collecting the honey is no small endeavor. Gatherers must scale mountainside cliffs with only ropes and basic ladders for support, then use smoke torches to fend off the bees as they extract honeycombs. However, the practice continues because selling the honey provides a significant source of income for rural, often poor villages. 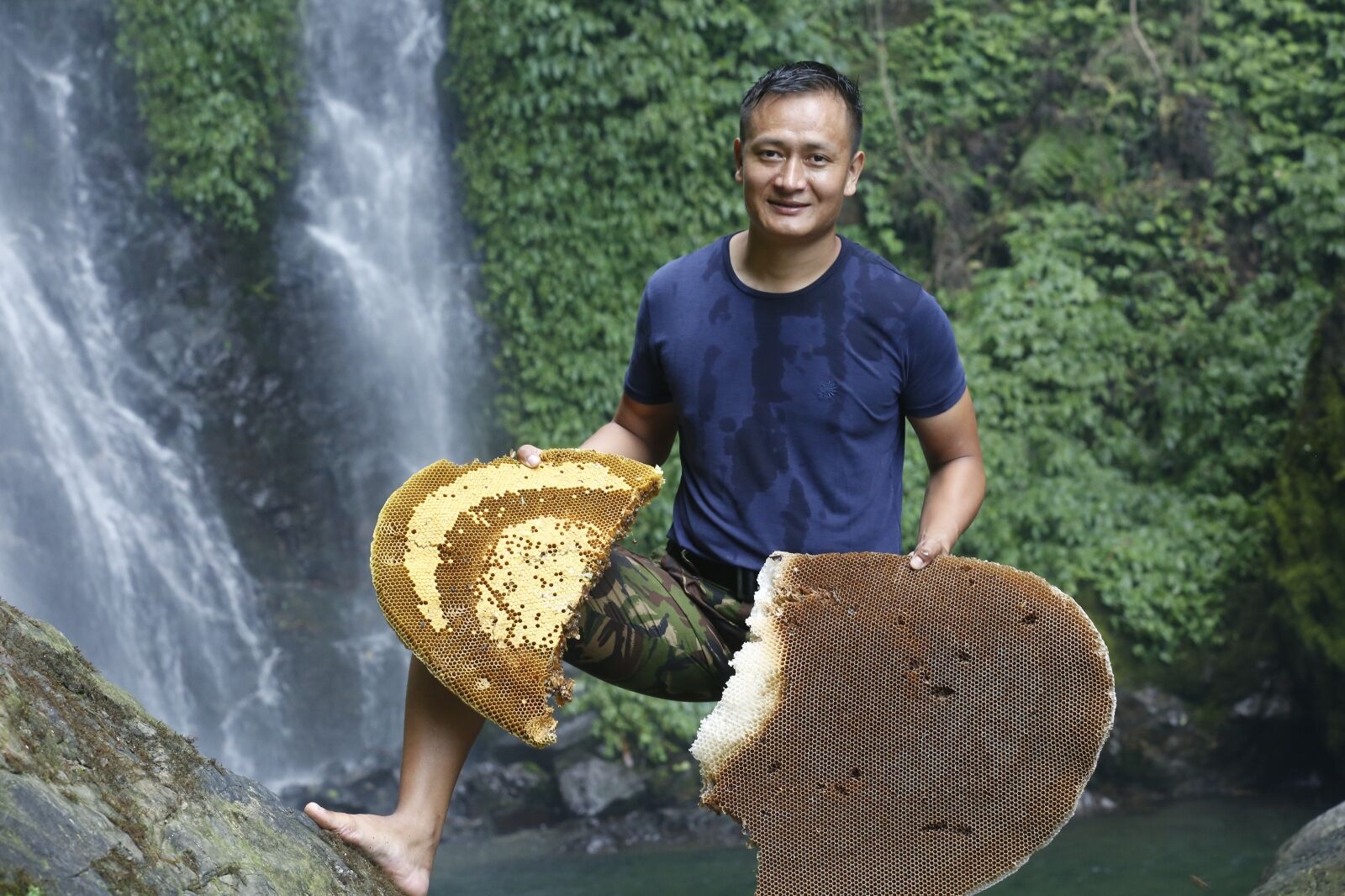 What effects does mad honey have?

When humans ingest grayanotoxins, the toxins bind to sodium ion channels in the body’s cells and prevent them from closing. This causes more calcium to enter cells, which increases the release of the neurotransmitter acetylcholine. It’s the increase of acetylcholine in the body that causes the physical effects associated with mad honey.

Nepalese people consume mad honey primarily for its medicinal benefits to treat everything from hypertension to diabetes to general aches and pains.

A study in the Journal of Agriculture and Environment found that grayanotoxins can reduce high blood pressure and may stabilize glucose levels in people with diabetes. However, the varying amounts of grayanotoxins found in mad honey make it hard to know whether consuming the honey itself will have health benefits.

In terms of recreational benefits, it is a legal (in most places) and natural way to experience effects ranging from mild sedation to a hallucinogenic experience.

What are the risks of taking mad honey?

Because mad honey is naturally produced and similar to the regular honey many of us eat without a second thought, it can be tempting to believe that taking it is always safe. However, there are risks associated with ingesting mad honey.

To start, the active ingredient, grayanotoxin, literally has the word “toxin” in it, which should clue you in that taking mad honey isn’t an entirely risk-free venture. Second, because it is produced naturally by bees, as opposed to being made in a controlled setting, the potency and effects can vary widely depending on how fresh it is, how concentrated it is, and how much of the honey was produced from rhododendron pollination compared to other flowers that don’t contribute to hallucinogenic effects.

User feedback, as well as a study in Cardiovascular Toxicology, have noted that more common risks of mad honey include dizziness, nausea, blurred vision, a mild dip in blood pressure, and sweating. Vomiting, irregular heartbeat, temporary paralysis, blue-tinged skin, seizures, and unconsciousness are among the more serious side effects. Like with most drugs, if you’re new to mad honey, it is recommended to start with a small dose and work up slowly from there.

Depending on the type of honey you are taking, the recommended dosage varies. The seller or jar itself should have instructions, but many people start with a teaspoon. The honey can either be consumed on its own or dissolved in a glass of warm water or milk. It has quite a distinct taste, different from regular honey. It’s bitter and earthy.

Symptoms occur about a half hour after consumption, although it can take up to four hours to feel the full effect. According to one study, the first sign of noticeable changes are reduced blood pressure, slower breathing, and a sense of calm and relaxation. Some people feel warm, cool, or tingly in different parts of their bodies. Many users equate it to the high you’d get from cannabis. Hallucinations are rarely reported but are generally described as closer to disorientation than an actual psychedelic experience. Physical reactions typically last three to four hours, although they can last up to several days with higher doses.

How to buy mad honey

It’s now easy to purchase mad honey online, with sellers on Amazon and Etsy joining small businesses that specialize exclusively in mad honey. Prices range from $6 to over $50 per ounce, so expect to spend at least $50 on a standard 8 ounce jar.

This is one area where you largely get what you pay for, especially if you’re looking to experience hallucinogenic effects. Reviews for many of the cheaper mad honey options state they either felt nothing at all or felt only mild relaxation or a minor high. If you’re looking for the true mad honey experience, it’s worth taking the time to find a seller who is clear about where and how their honey is sourced and how strong it is.

In terms of legality, it’s legal to purchase mad honey in the United States, but the substance is banned in several countries, including South Korea, Australia, and Brazil. Check local laws before you purchase or travel with the substance.

Also, before you decide to drop a lot of money, decide if it’s actually worth the risk to you. Many users find that the benefits are heavily outweighed by the negative side effects. Even though it can be a tasty way to experience a high, there’s little regulation in the market, and you have to trust your source that you’re getting the product they claim. If purchasing online, read reviews to get a sense of what to expect from their particular batch.

LifestyleEverything You Need To Know About Doing Magic Mushrooms
Tagged
Cannabis Nepal
What did you think of this story?
Meh
Good
Awesome