The mighty Himalayas are what beckons many people to the small but lofty country of Nepal. The baggage carousels at Tribhuvan International Airport are clogged with duffle bags and backpacks with trekking poles protruding from the sides, and camps of the world’s best climbers and hikers descend on the country during the short three-month mountain climbing window.

However, what many people don’t realize is that for all the rightful glory that the world’s highest peaks receive, there are other sights and experiences in Nepal that deserve equal attention. And better yet, you don’t need to be a top-notch athlete (or train for years) to experience them, which should be welcome knowledge for people who don’t love copious amounts of physical pain or oxygen-sapping altitude. 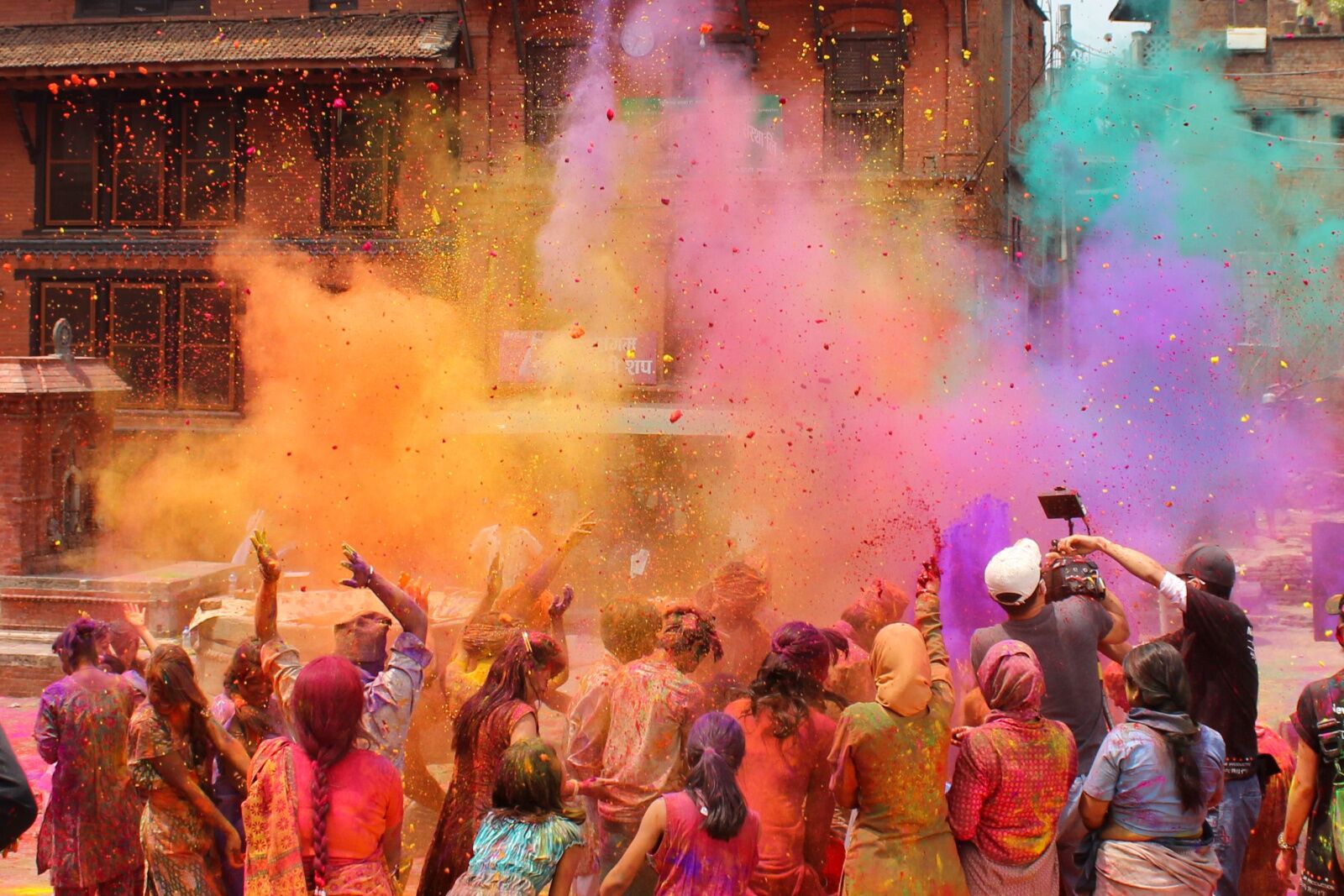 Nepal’s Holi Festival is a celebration of color ever March, centered in the city of Kathmandu. Photo: Kristin F. Ruhs/Shutterstock

The country’s landscape, culture, and history mean that some of the best things to do in Nepal have absolutely zero to do with climbing or hiking. You can take a food-focused vacation, or just work on your wildlife photography — or practice yoga, or take in the country’s art scene, for that matter. Nepal is home to dense jungles and abundant wildlife as well as important religious sites, unique architecture, and delicious gastronomic experiences even beyond dal bhat (the classic lentils and rice).

With many of the famous base camps and trekking trails becoming more crowded by the year, and the costs to climb Everest easily over $100,000 with gear and travel, considering all the things to do in Nepal beyond the Himalayas. Before you write the country off as purely for extreme outdoor adventurers, here are six things to do in Nepal that aren’t trekking (and don’t require sleeping in the cold).

Explore the ancient cities of the Kathmandu Valley 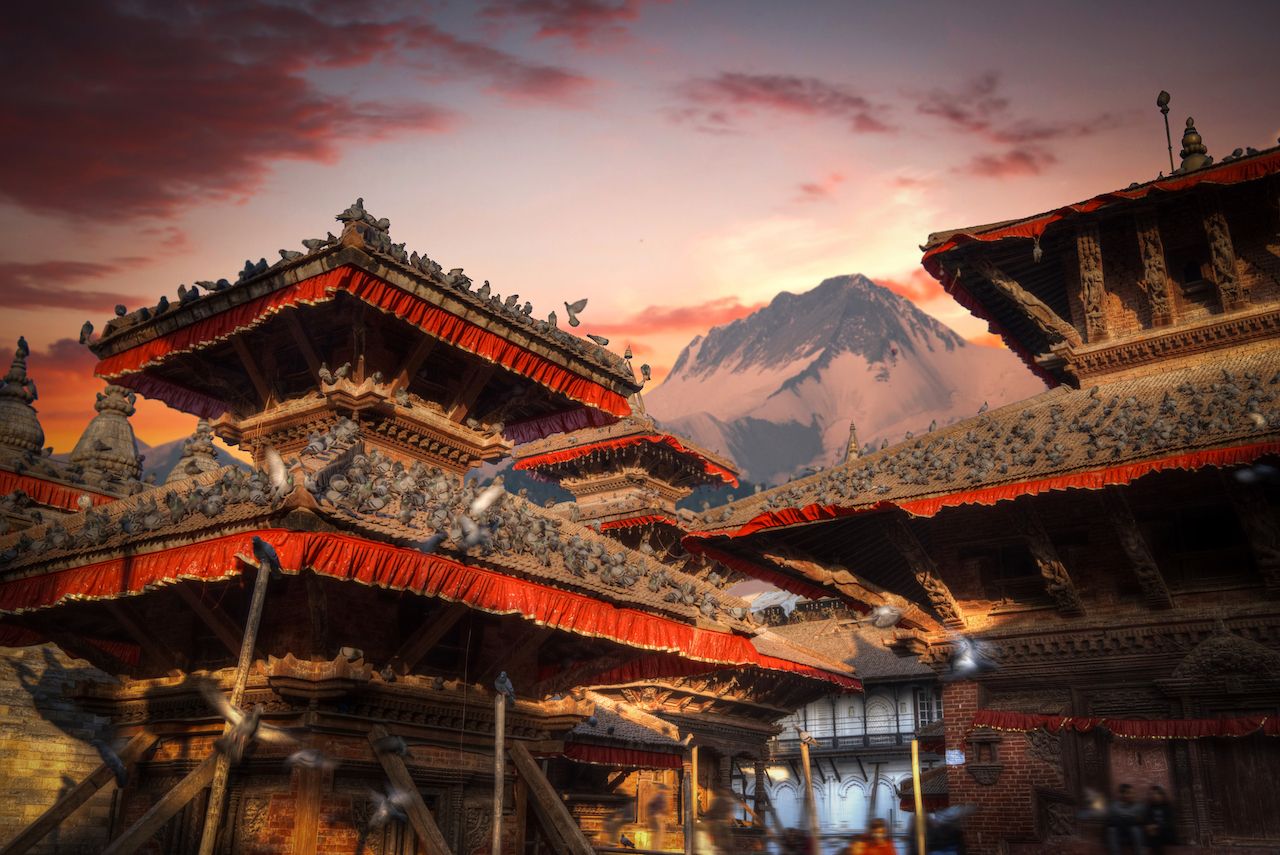 Steeped in history and culture, the Kathmandu Valley can easily occupy your time for at least a week. Though you might find Kathmandu’s dusty and crowded streets intense at first, the city and surrounding area offer many worthwhile sites to explore. The famous Durbar Square of Kathmandu, a UNESCO World Heritage site in front of the country’s ancient palace, was rocked by an earthquake in 2015 and, with reconstruction still going on, it is difficult to imagine what the old city would have looked like in the glory days of the royal kingdom. However, it remains the true cultural heart of the modern metropolis and you can still enjoy people watching from one of the many temple steps.

Not to be missed is the valley’s other Durbar Squares. Both Patan and Bhaktapur were once important royal cities in their own right, although both have increasingly become consumed within the urban sprawl of Kathmandu itself. Patan, now called Lalitpur, is known as the “city of beauty” for its well-preserved royal square, temples, and laneways filled with handmade art and brass sculptures. 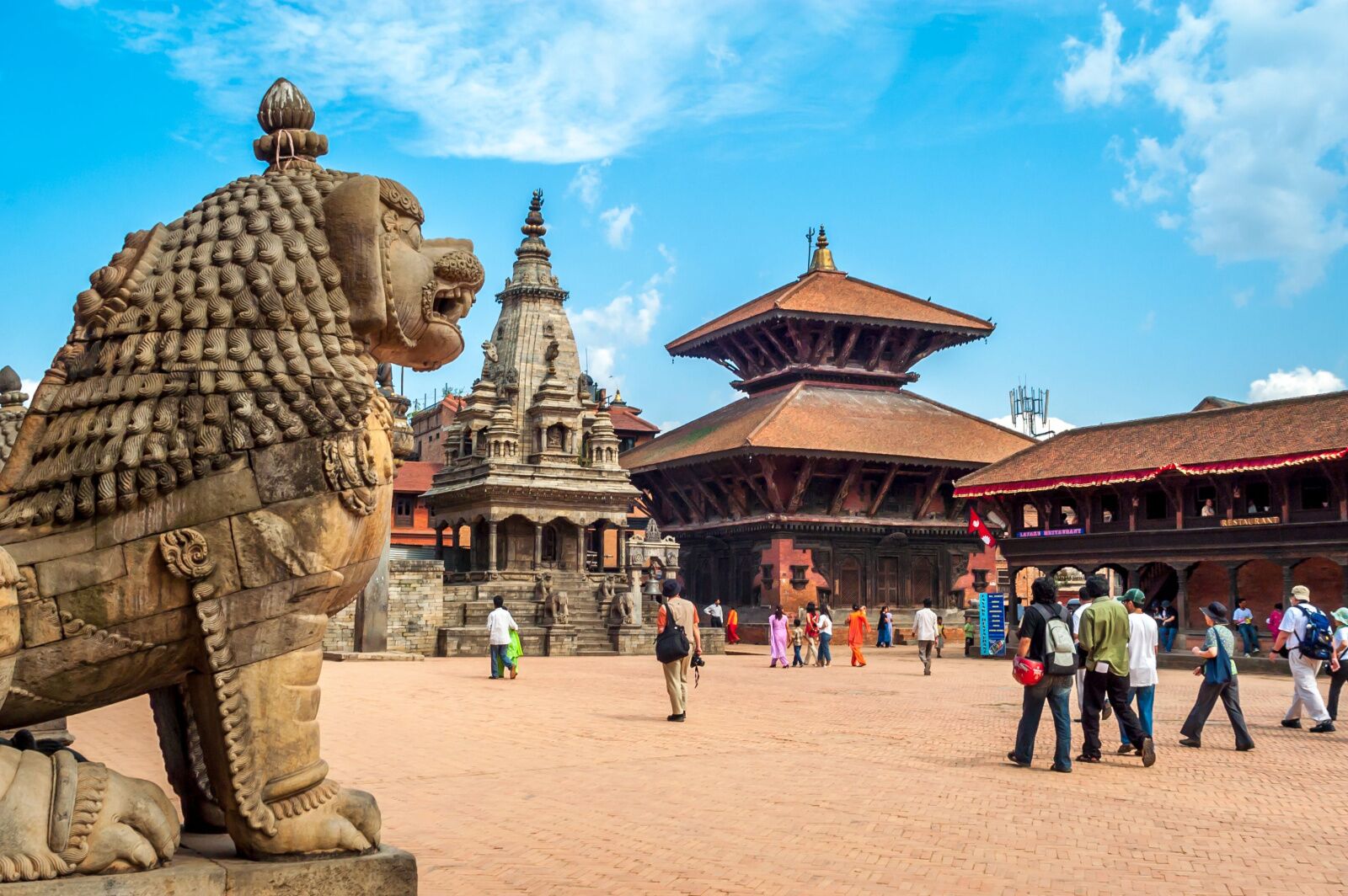 Consider staying at the Vastu Boutique Hotel, a very affordable but very nice hotel near the historical sites. The staff are as friendly as can be, and breakfast is served on the rooftop terrace.

A little further away, Bhaktapur, the seat of the ancient Bhaktapur Kingdom, is also worth at least a full day (and two if you can spare it) to explore its UNESCO sites and old cobbled alleyways. It’s about an hour from Kathmandu, and staying there for a night will give you a chance to see the true charm of the old royal square and the Newari culture once the sun starts to set and the daytrippers head back to the city.

Do yoga and chill out in lakeside Pokhara 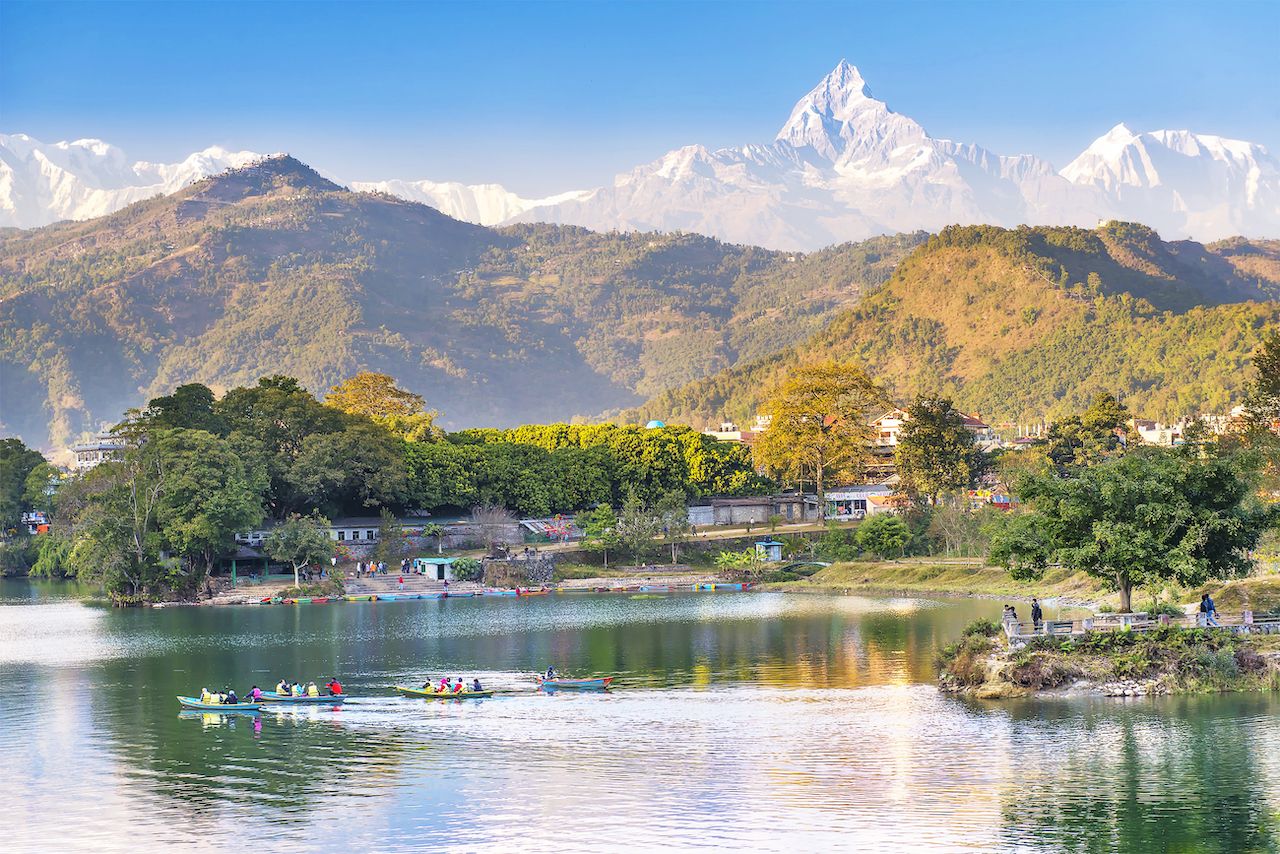 Pokhara is a favorite Nepali city for many because it is less polluted and hectic than Kathmandu. It is the country’s second-largest city and is primarily known as the gateway to the Annapurna Conservation Area. However, the city and area surrounding it make for an ideal mountain retreat. Pokhara is the perfect place to put your feet up (or perhaps even hands to the ground in downward facing dog), especially if you’ve just completed the hard slog around the Annapurna Circuit.

The city is peaceful for having 300,000 residents size and boasts some of Asia’s best yoga retreats with plenty of options ranging from drop-in classes to teacher training courses for beginners to advanced yogis. For the best experience, find a studio with views of Phewa Lake and toward the white-capped peaks of the Annapurna Range. The tourist-oriented lakeside area has a number of vegan-friendly cafes, and the city’s international vibes means non-Nepali-specific items like smoothie bowls and freshly baked croissants are available. But you have to try a proper Nepali coffee at one of the cafes.

For yoga schools and studios, consider Pakhara Yoga School, which offers three-, seven-, and 10-day retreats, or the Tribikram Yoga Studio, which has drop-in classes everyday plus detox retreats and post-trekking recovery packages. 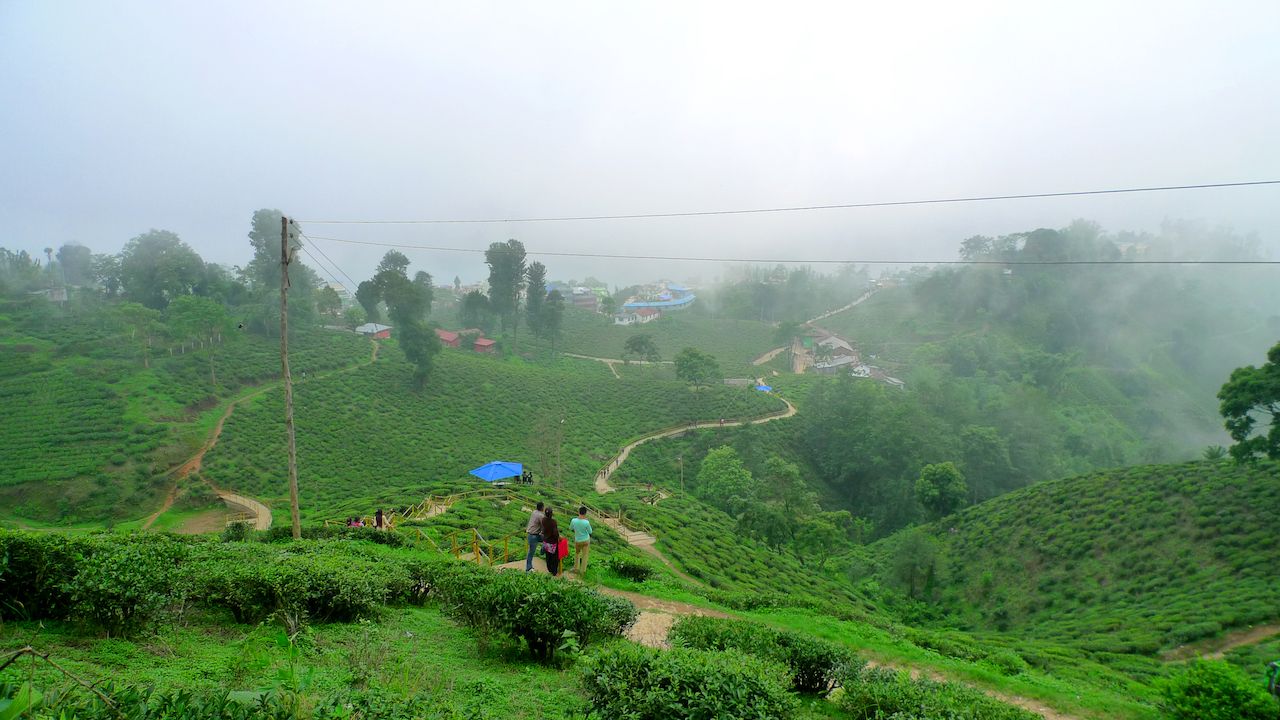 The hill station of Ilam in the far east of Nepal is one of the best off-the-beaten-track places to explore in the country as hardly any tourists make it that far east. The small town is surrounded by rolling green hills and tea plantations that see far less tourism than popular tea-producing areas like India’s Darjeeling just across the border.

Exploring the tea gardens and taking strolls through the hills is the best way to explore the area. The town also makes an attractive pitstop if you have plans to cross the eastern border to India. If you do take the time to visit Ilam, you’ll most likely have the place to yourself, but be warned that the trip from Kathmandu is quite long — you’ll spend nearly a full 24 hours on the bus, though you can cut that down to 12 hours by driving yourself or 1.5 hours if you fly.

If you’re looking for lots of tourist-ready things to do in Nepal, this isn’t the place — there’s not a lot of activities just for tourists. But you can stroll through the pretty Ilam Tea Garden, take a jeep safari or hike through Singalila National Park (home to rare red pandas), or walk through the chaotic, colorful, and lively Fikkal Market. However, you may find it easiest to visit Ilam on short (or longer) sightseeing and hiking tours from Kathmandu. 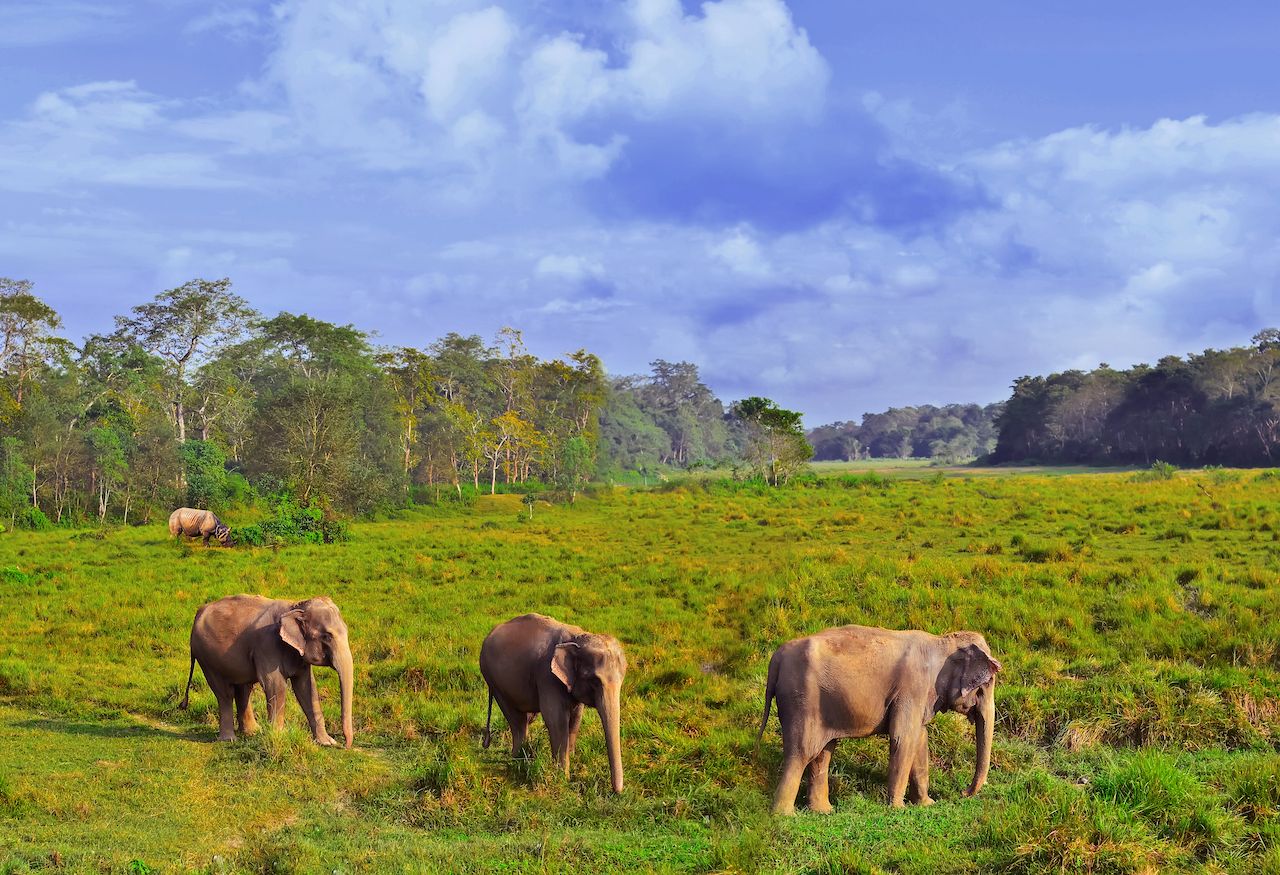 Nature and animal lovers will appreciate that Chitwan National Park is one of the most successful conservation efforts in all of Asia. It was Nepal’s first national park and the dense forest and marshland stretch for more than 550 square miles of pristine wilderness. Bring your DSLR camera with a long lens if you have one, as you’re likely to find one-horned rhinos, deer, monkeys, and more than 500 species of birds.

However, what lures most people to this part of southern Nepal is the chance to see rare mega-fauna, such as elephants, leopards, sloth bears, and the Bengal tiger. Don’t hold your breath, however: sightings of the majestic tiger are increasingly rare. 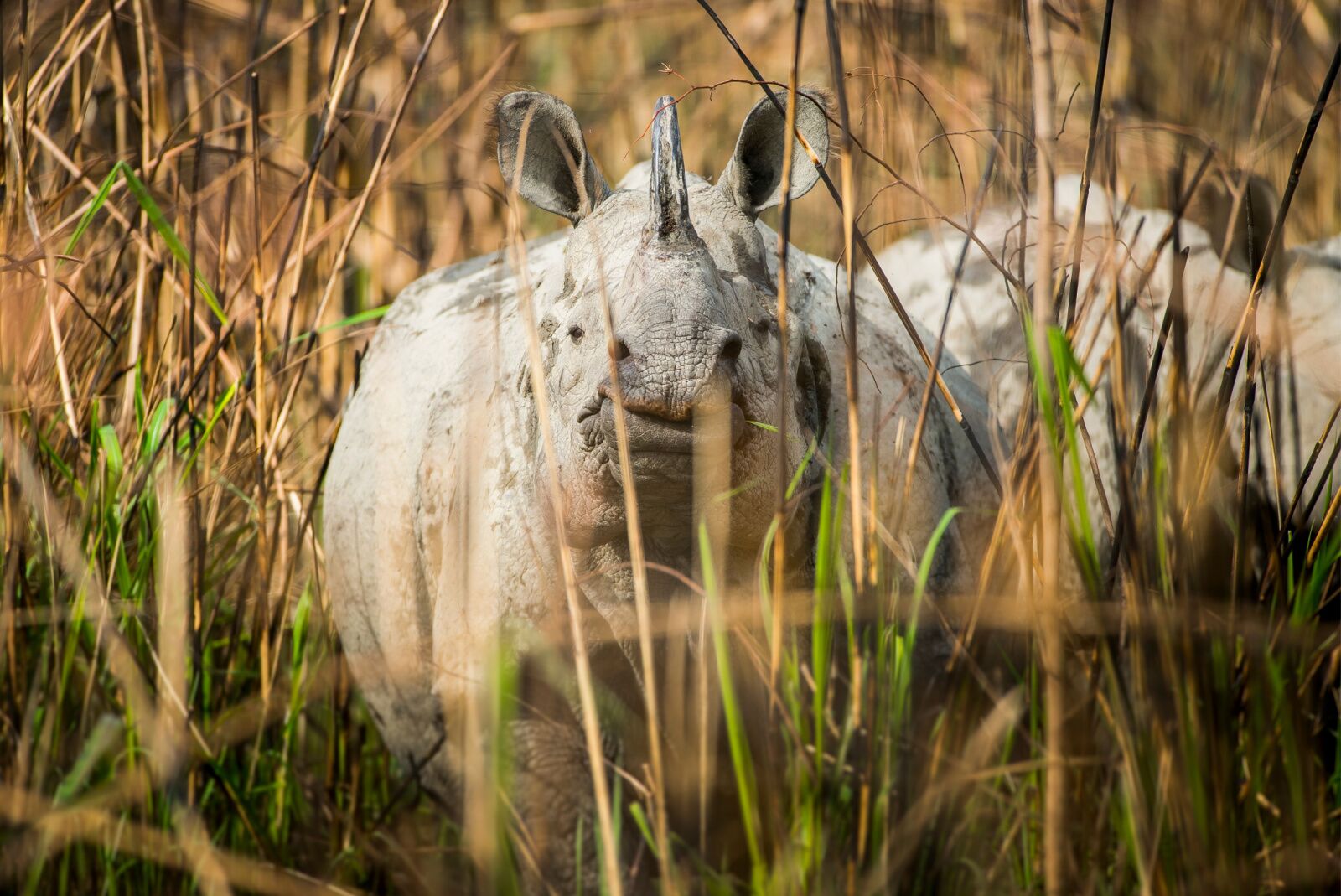 The best ways to explore the large area are by jeep safaris or canoeing down the Terai River. A company called & Beyond Tours runs a variety of reputable, highly rated tours in the area, ranging from guided hikes through the park to multi-day, multi-park tours with stays at high-end lodges. Elephant-back safaris were once a popular attraction in the park, though they’re considered unethical by most travelers as they support animal abuse — so it’s highly recommended that you skip that option.

This part of the country has a more tropical climate, making the jungle camps and luxury safari resorts a nice alternative to the bitterly cold teahouses in the mountains. Just don’t forget to bring mosquito repellent.

Stroll through Bandipur and other charming rural towns. 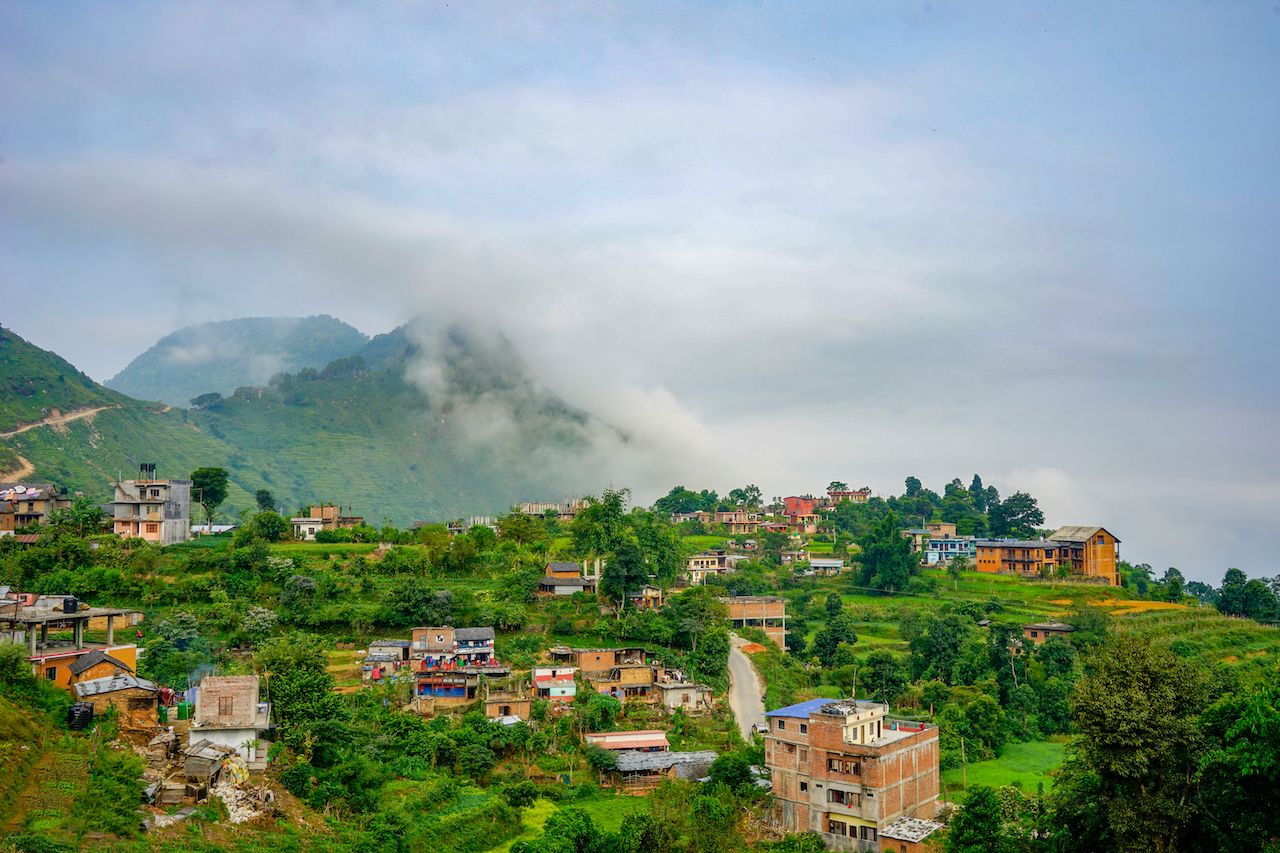 To escape the hustle of Kathmandu and the crowded tourist shops of Pokhara, you can explore some of the smaller rural towns nearby. At the halfway point of the highway between those cities is the small hilltop settlement of Bandipur, a well-preserved Newari town. The Newar people are the historical inhabitants of the Kathmandu Valley who established a prosperous trading center at Bandipur in the 18th century.

The appeal of the small village is its main bazaar that has remained unchanged over time, with traditional architecture intact. It’s known to have an old European vibe, so don’t be alarmed if you feel like you’re wandering the streets of a small Medieval town in Italy or Spain. And just like on any European escape, the highlight is sampling some of the traditional food, which includes beaten rice, bamboo shoot soup, and “bara,” a pancake-style snack made from lentils. 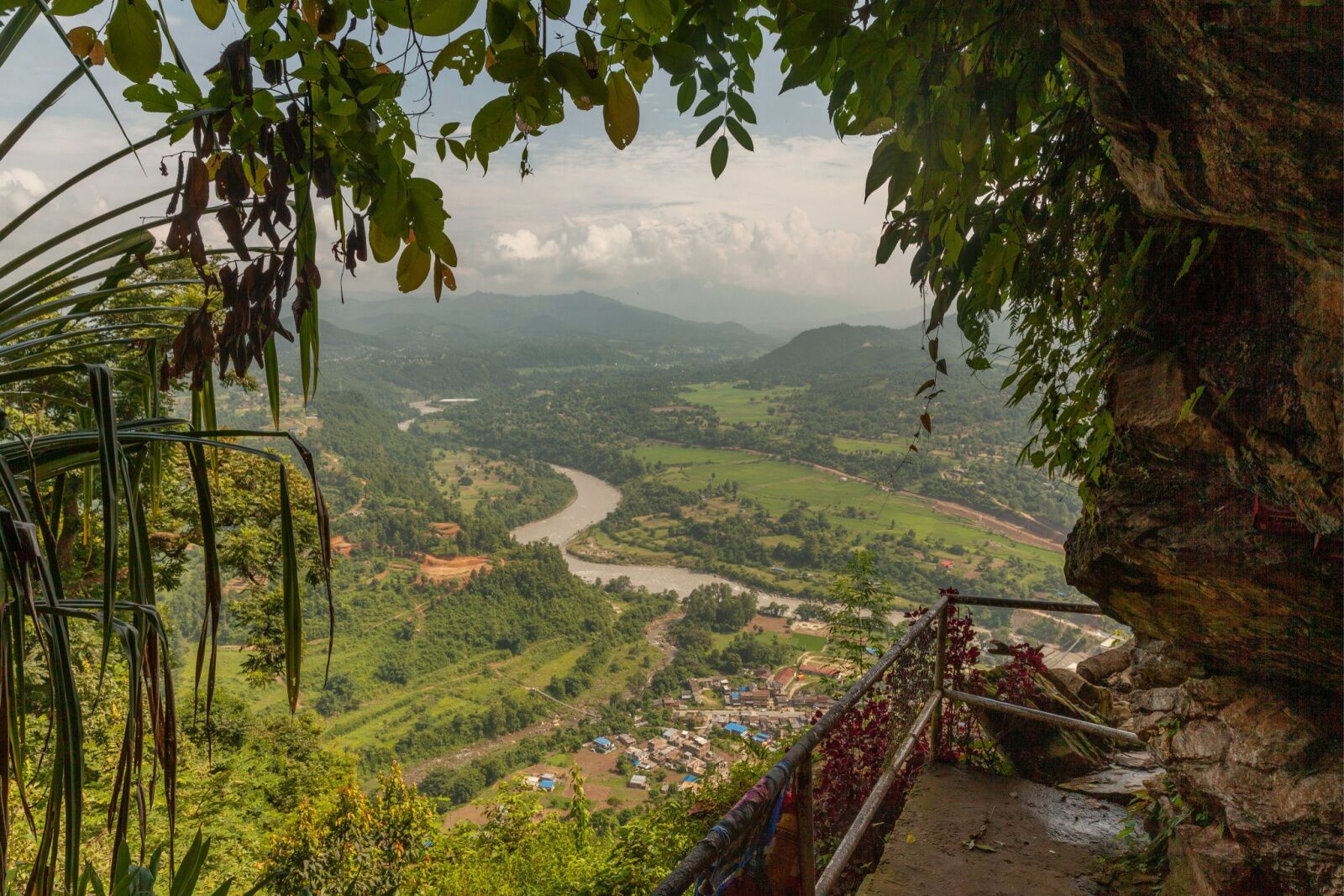 The view from the hilltop is also exceptional and if you’re lucky enough to get a clear morning, you’ll have a picturesque panorama of the Himalayas across the horizon. The best place to catch the sunrise or sunset is from a viewpoint, accessed by a steep set of stairs just outside the bazaar.

Further afield is the village of Gorkha, home to the famously fierce Gurkha warriors and the birthplace of Prithvi Narayan Shah, who unified the country in the 18th century. Despite the village being the starting point for the Manaslu Circuit trek, it has enough sites and things to do of historical and cultural significance to spend a day focused on that. The old Durbar Palace, with a 360-degree view of the surrounding area, remains the village’s main attraction. 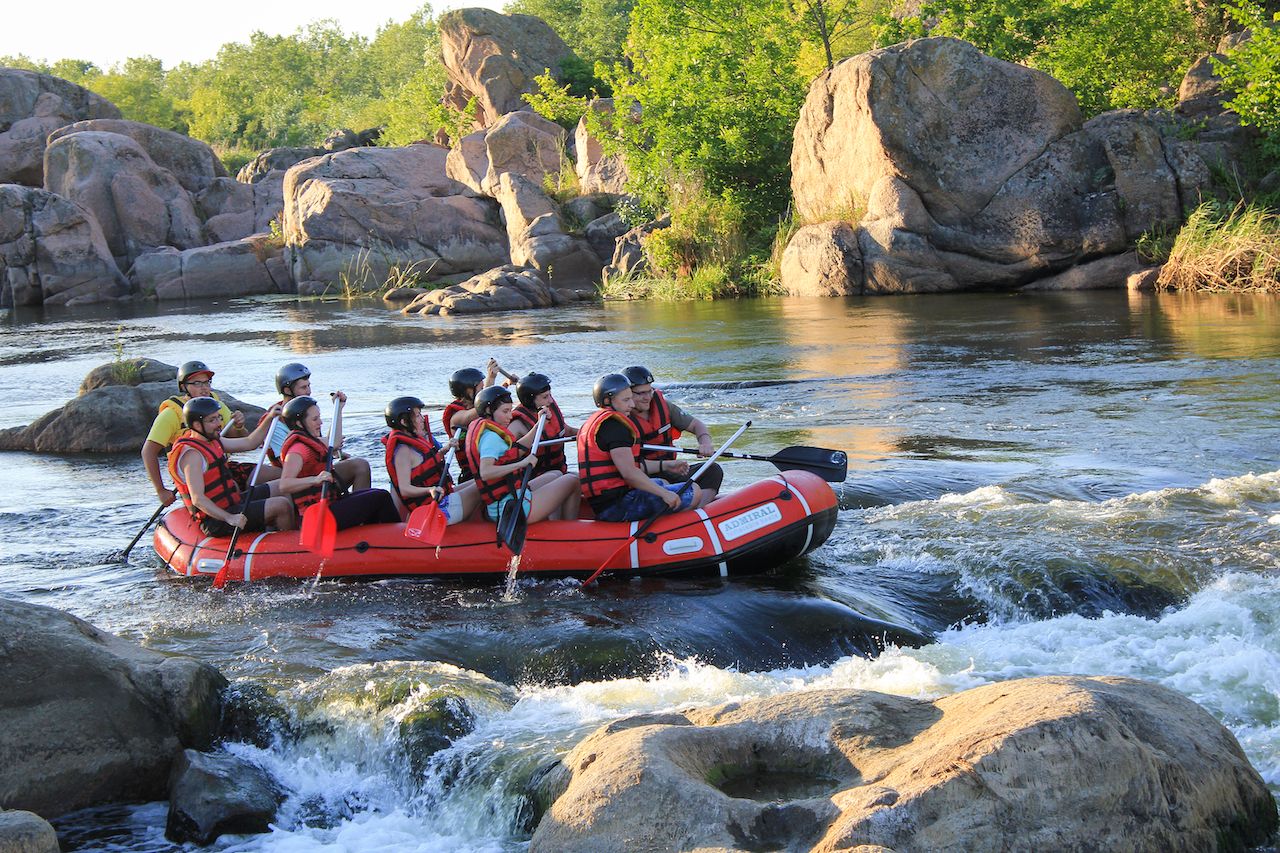 If you’re up for an outdoor adventure that doesn’t require hauling a 50-pound bag up a mountain, try the river rafting. Nepal is considered one of the best places in the world to tackle white-water rapids, which is no surprise, considering the steady flow of water provided by Himalayan glaciers.

One of the best ways to avoid a long eight-hour bus ride between Kathmandu and Pokhara is to raft half the distance. The main road between the two big cities follows the Trisuli River and a number of agencies offer day excursions down the relatively gentle rapids that are fit for any age and skill level.

If you’re slightly more adventurous and up for a truly unique Nepal experience, opt to do a multi-day rafting expedition. Some of the longest ones include 10 days of paddling on extremely difficult rapids along the remote Sun Kosi and Tamur rivers — something worth bragging about almost as much as climbing Everest. The rafting seasons are the same as the trekking months, especially since summer monsoons can make the rivers extremely high and fast.