View all travel news
Top Destinations
Top CitiesView All Destinations
Trending Regions
Trending Cities
Load More
Terracing is an early example of humans altering the natural landscape to provide for the productivity of their communities.

AS THE TECHNOLOGY OF AGRICULTURE spread around the world c. 10,000 years ago, it was probably pretty simple to adopt in areas of flat land. For people living in mountains or hilly terrain, on the other hand, certain adaptations were necessary.

Terracing is a type of landscaping whereby a natural slope is transformed into a stair-step of successively receding flat surfaces. This gives farmers multiple sections of arable land that: a) are more comfortable to work on, b) can be irrigated without excessive runoff, and c) are less susceptible to erosion.

Terracing has been utilized in the production of various crops in different parts of the world for thousands of years. In South and East Asia, terraces predominantly serve as rice paddies. In the Mediterranean, grape vines and olive and other agricultural trees are grown. And in the Andes, terraced slopes are planted with potatoes, maize, and quinoa. But beyond their primary function as agricultural tool, terraces possess an aesthetic that immediately draws your eye, especially when viewed from the proper vantage point as in the photos below. 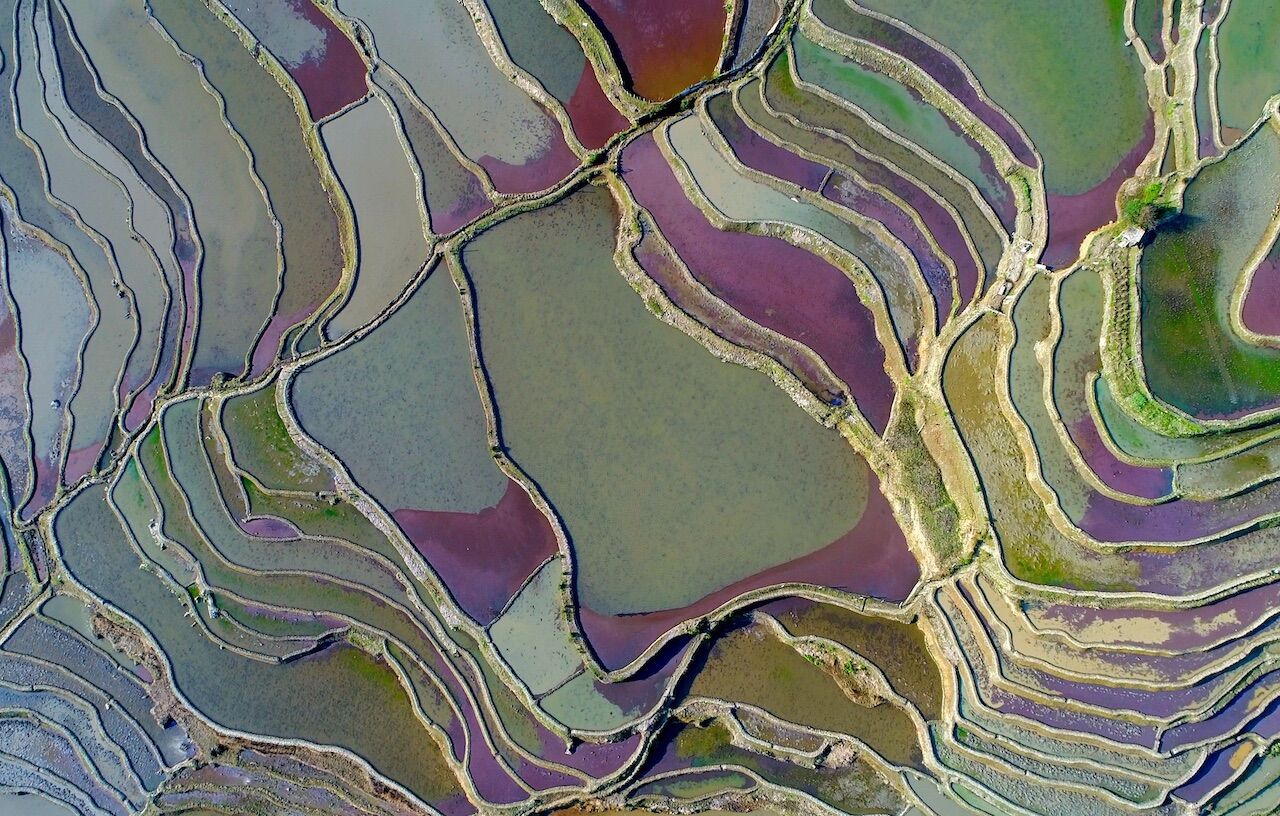 There are two well-known rice-terrace regions in southern China. Located in Yuanyang county, Yunnan province, this is one of them. The bright colors here are the result of algae growing on the surface of standing water on some of the terraces. 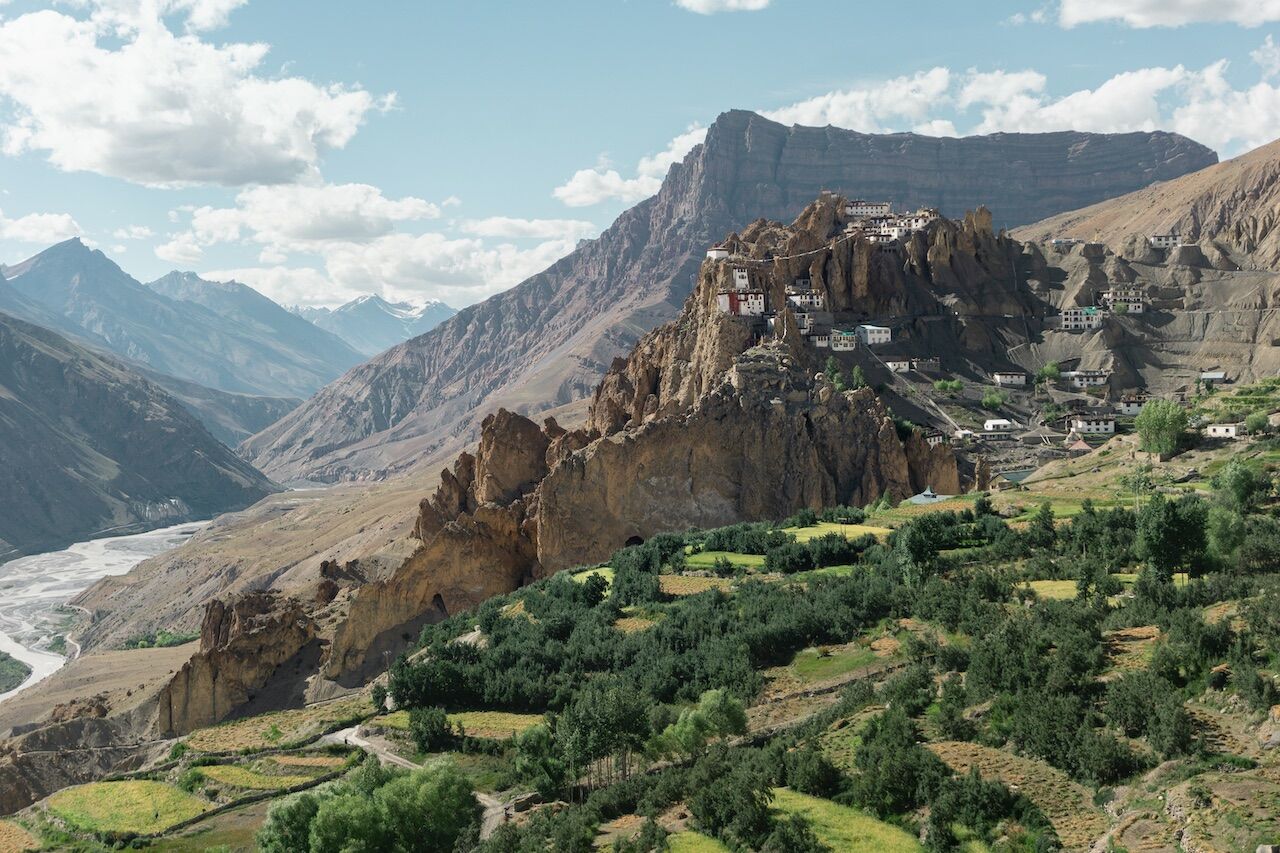 Terraces like this often make up the scenery when trekking in Nepal. 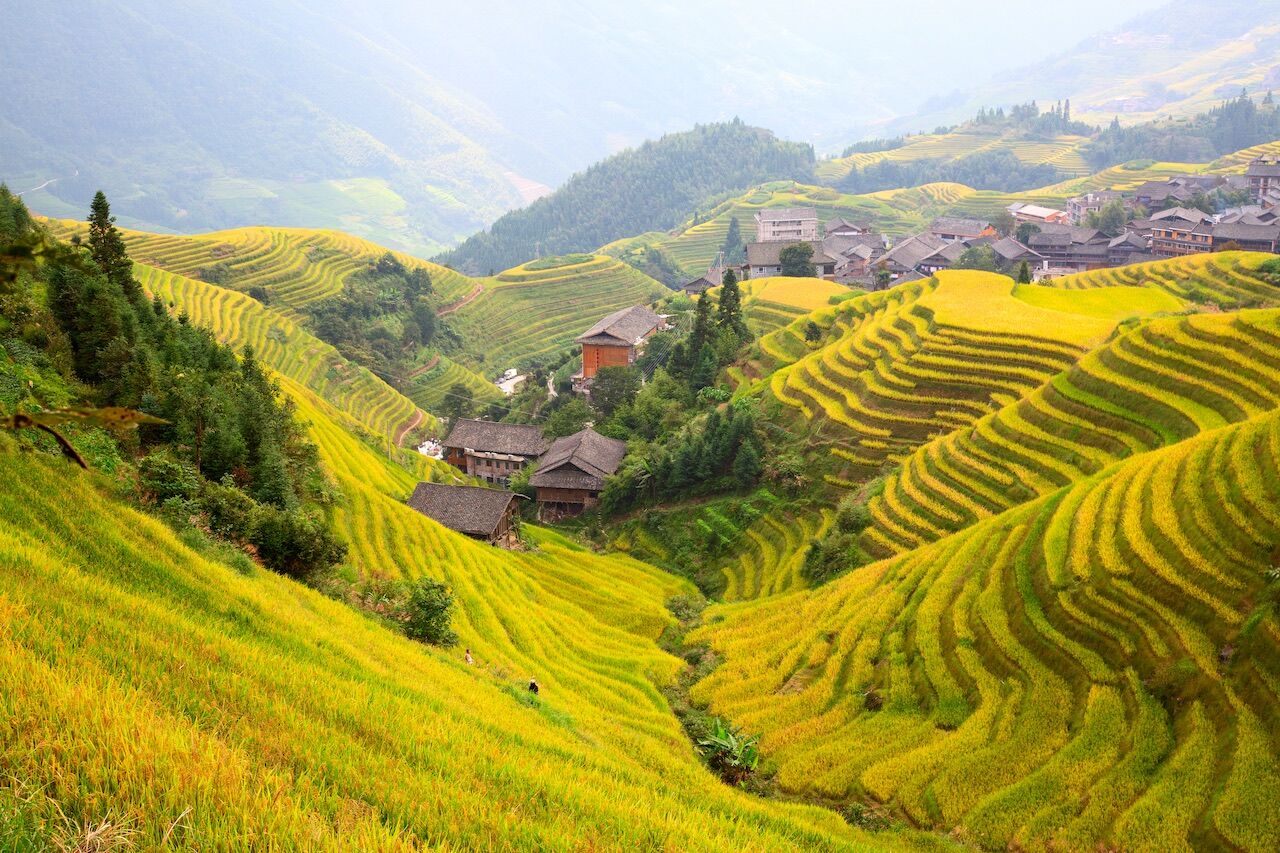 The second of southern China’s famous rice-terrace regions. Two terraces in particular account for most of the photos from Longsheng that appear in this list: Ping An Rice Terrace and Jinkeng Rice Terrace. 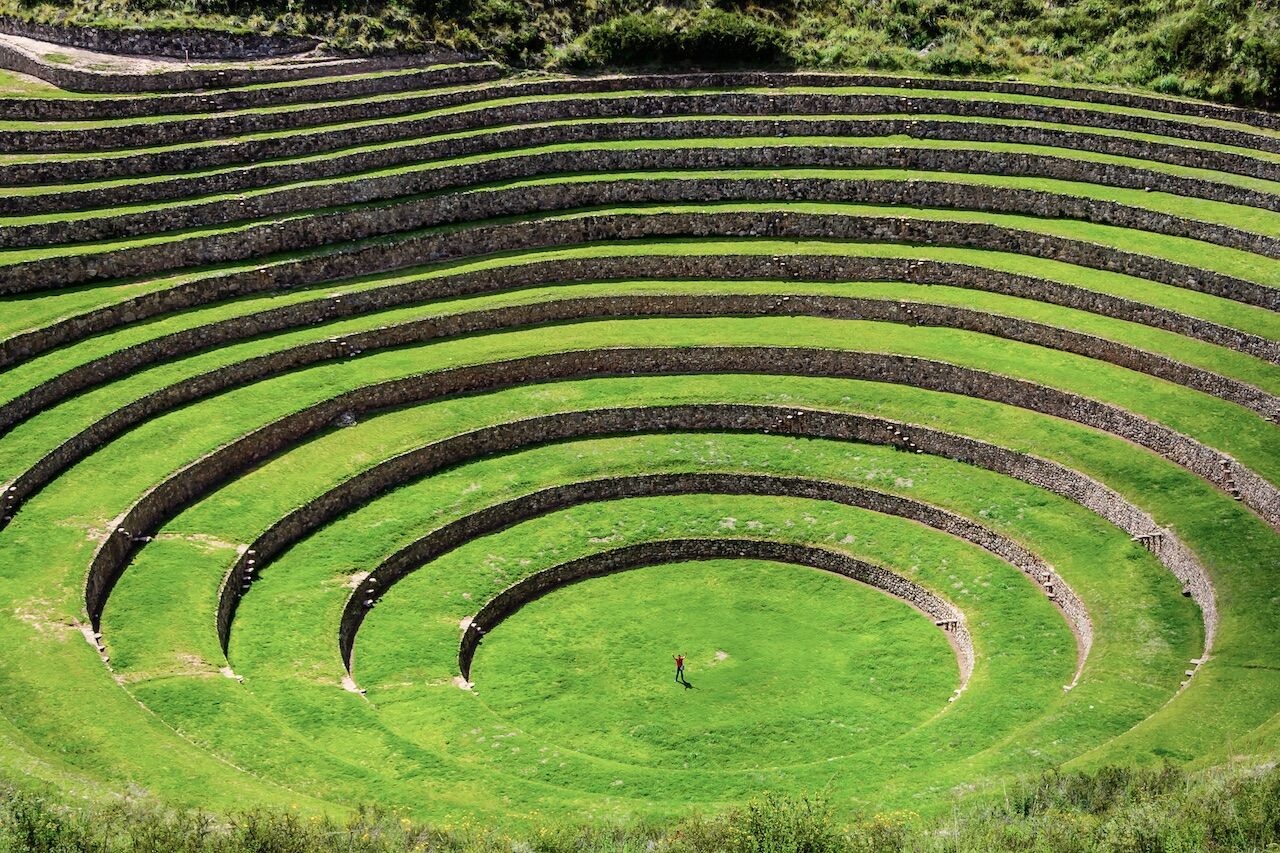 30 miles from Cusco, Moray is an Incan archaeological site and is thought to have served as an open-air laboratory for testing the effects of different elevations and irrigation schemes on the cultivation of crops. 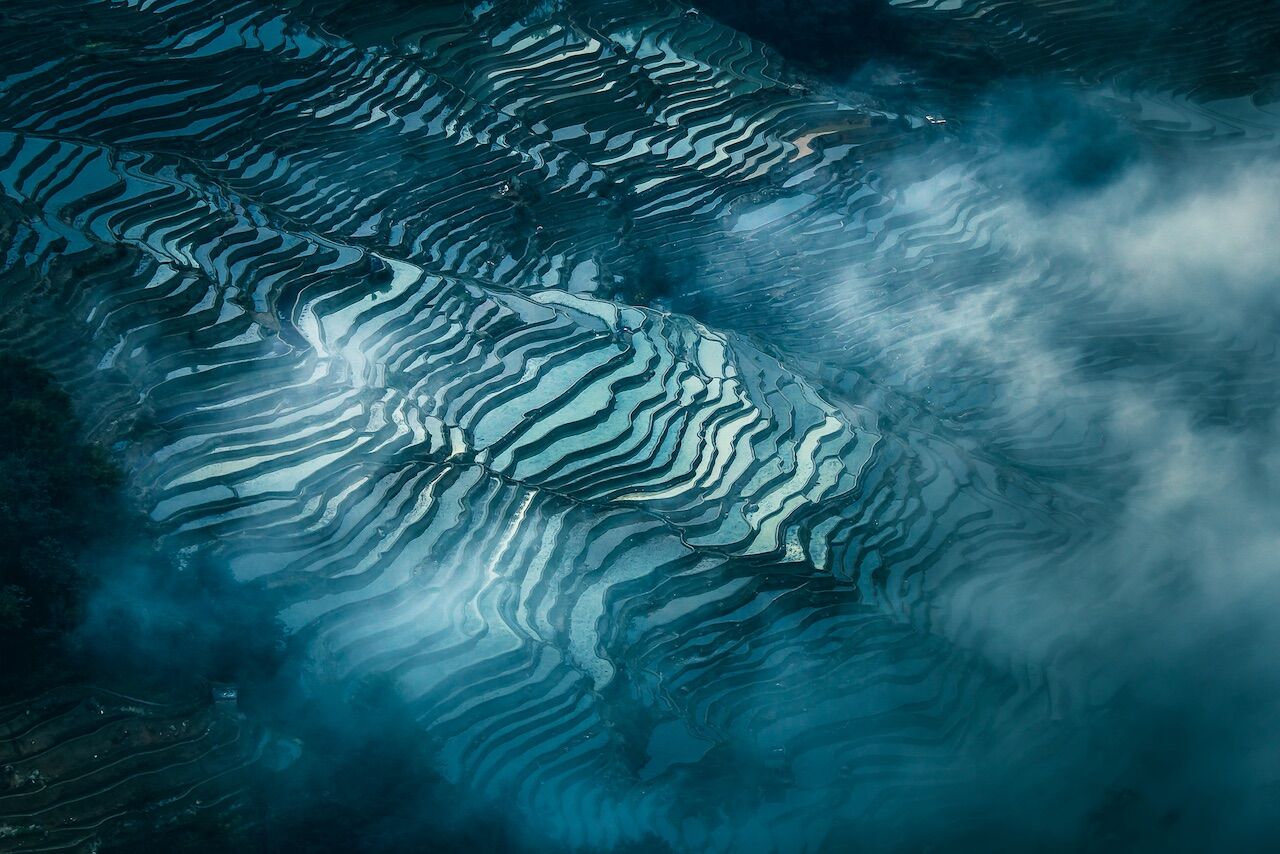 This area of Yuanyang, dominated by the Ailao Mountains, is inhabited by the Hani ethnic minority, who have been practicing terracing here for at least 1,300 years. 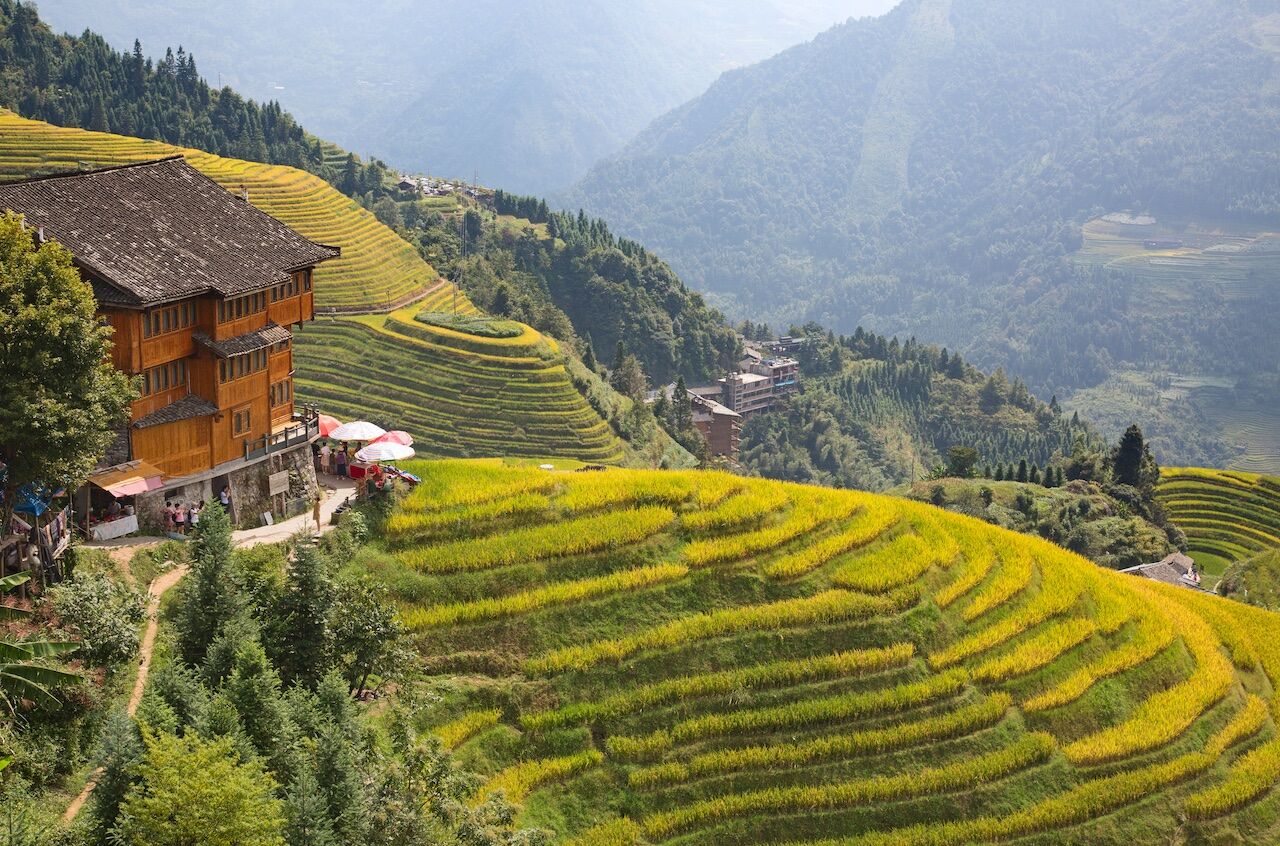 Many of the Longsheng terraces are around 500 years old, dating to the Ming Dynasty. They climb up from the floor of the river valley at 380m elevation to a height of about 880m. 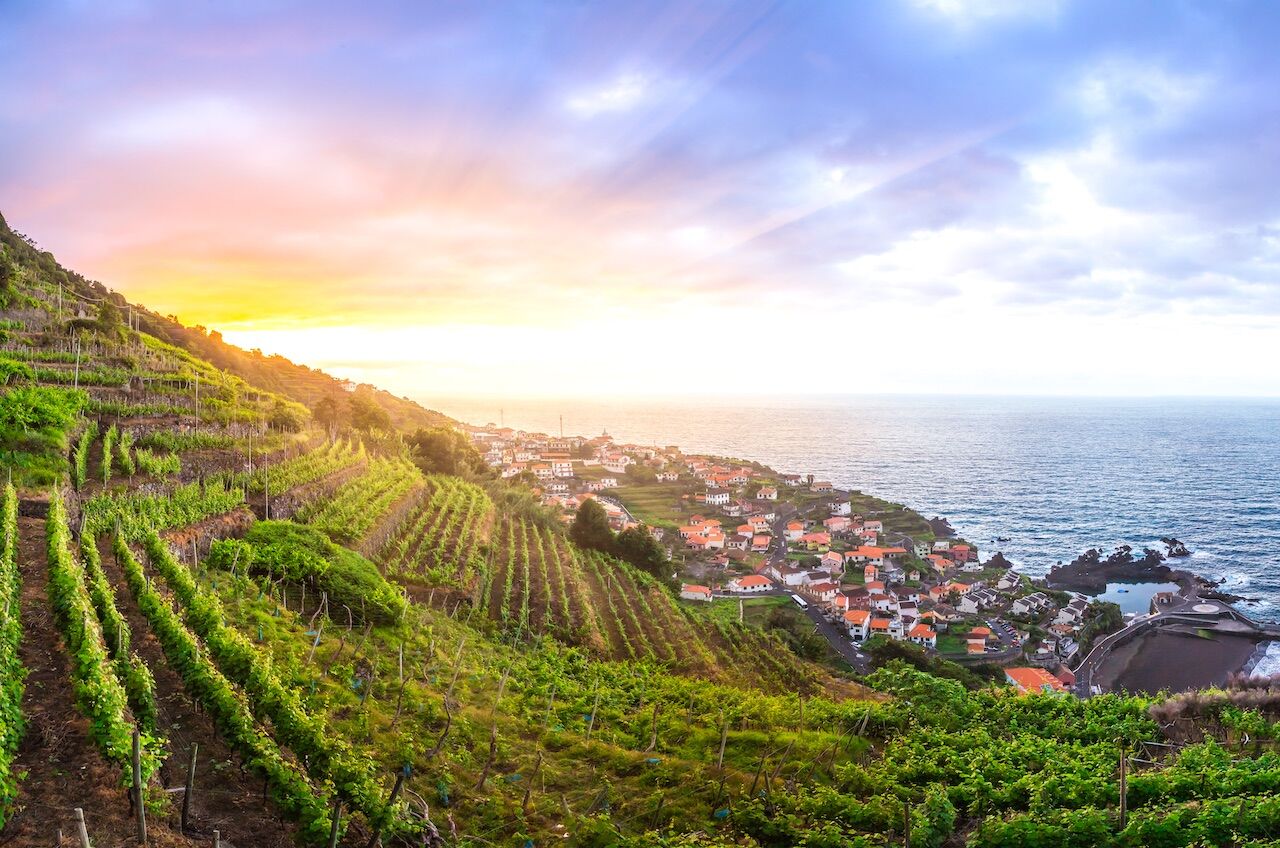 With land area limited in this remote Atlantic archipelago, terracing is a necessity. 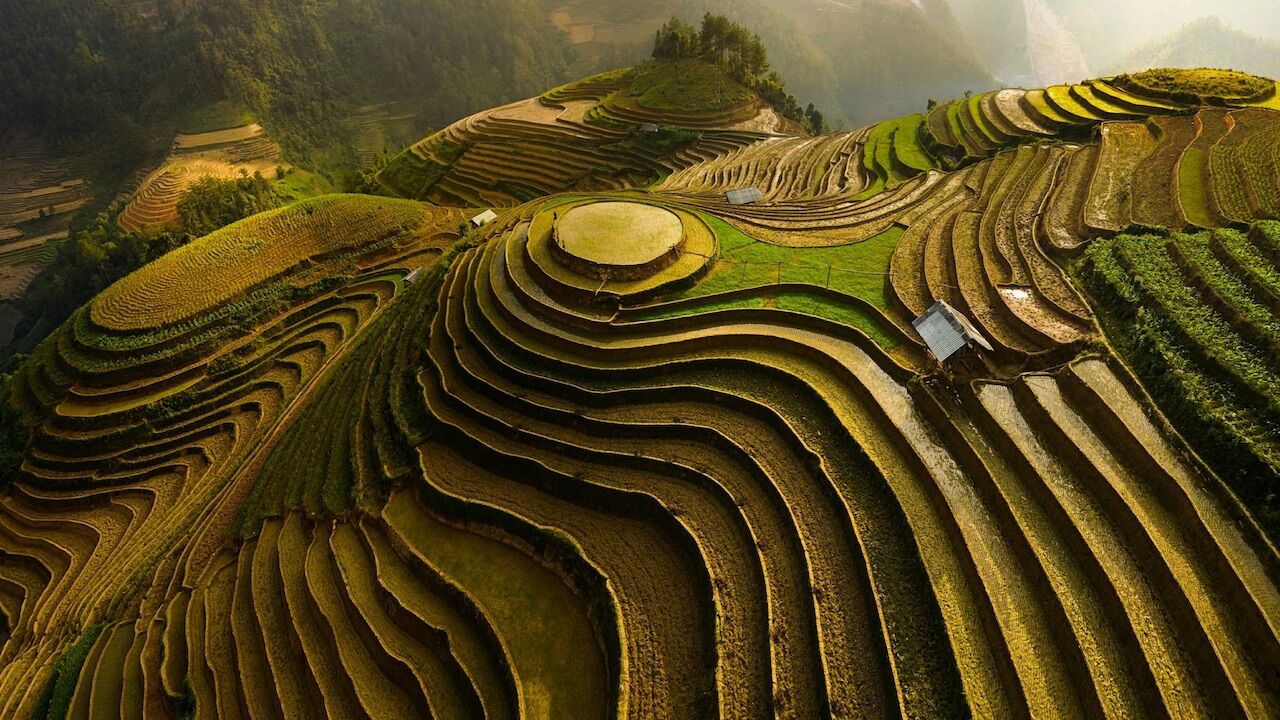 The Batad Rice Terraces, located in the municipality of Banaue in central Luzon, have been named a UNESCO World Heritage Site. 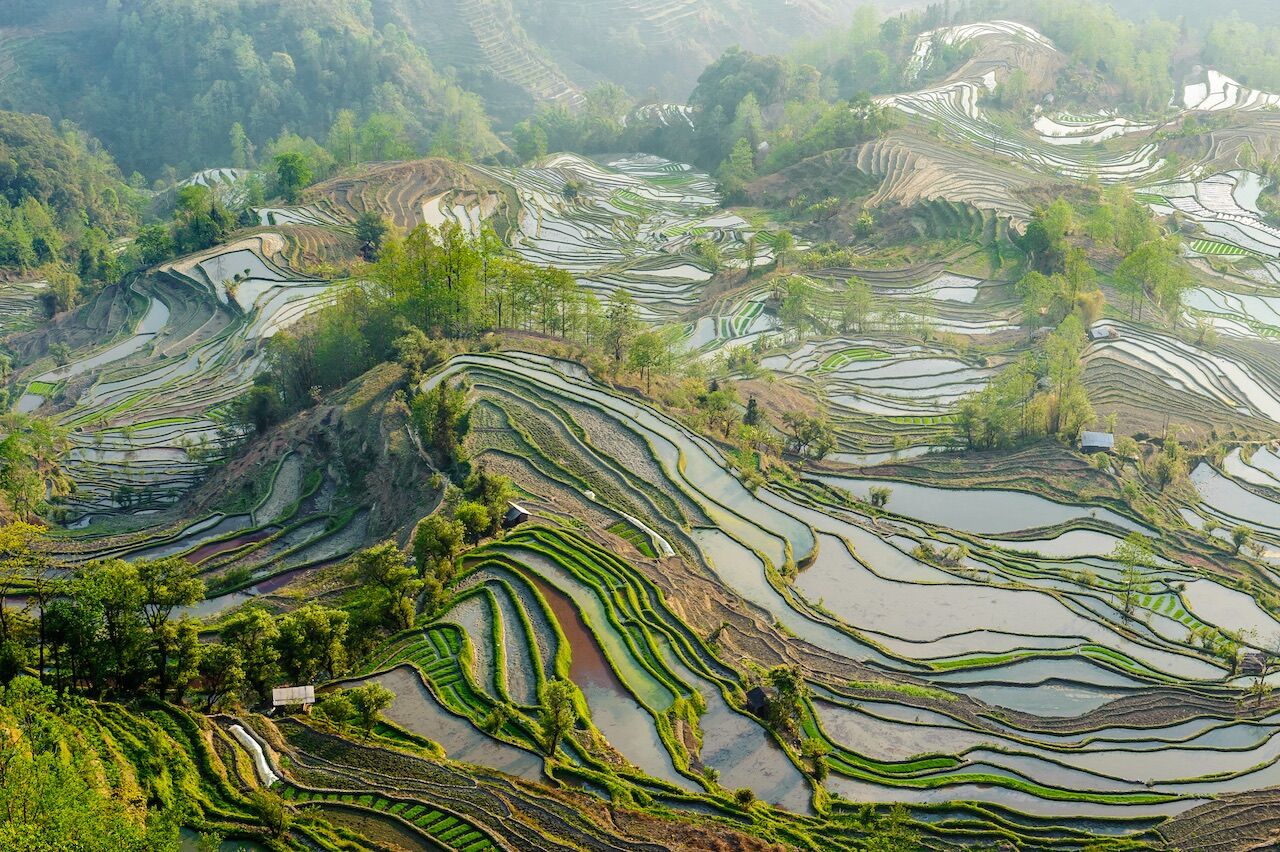 At elevations nearing 2,000m, most of Yuanyang’s rice terraces are in a climate zone cold enough to limit them to producing only one rice crop per year. Following the autumn harvest, water is pumped into the terraces and left standing until spring. 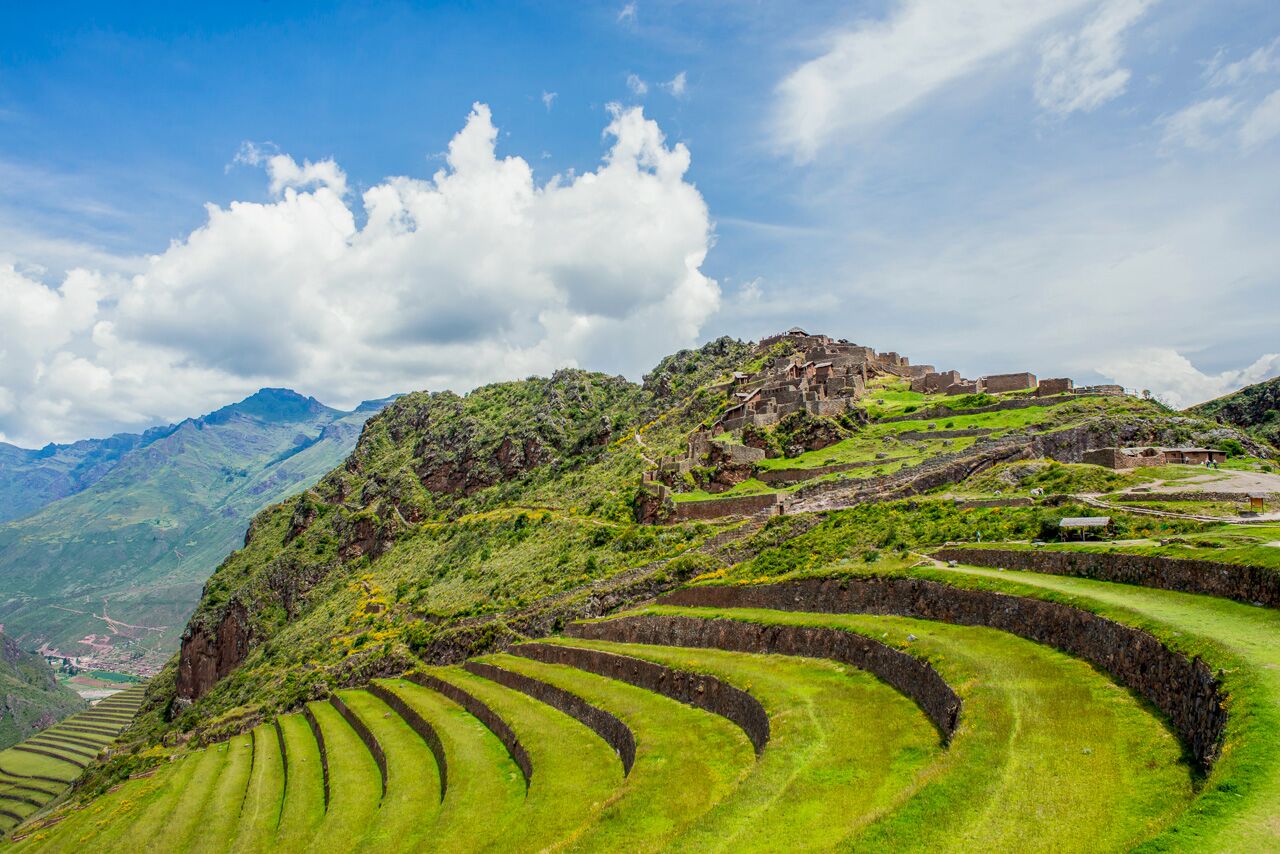 Located in the Sacred Valley of the Urubamba River, Pisaq was once an Inca fortress. The terraces here were created by hauling rich valley soil up the mountainsides, and they’re still used for agriculture today. 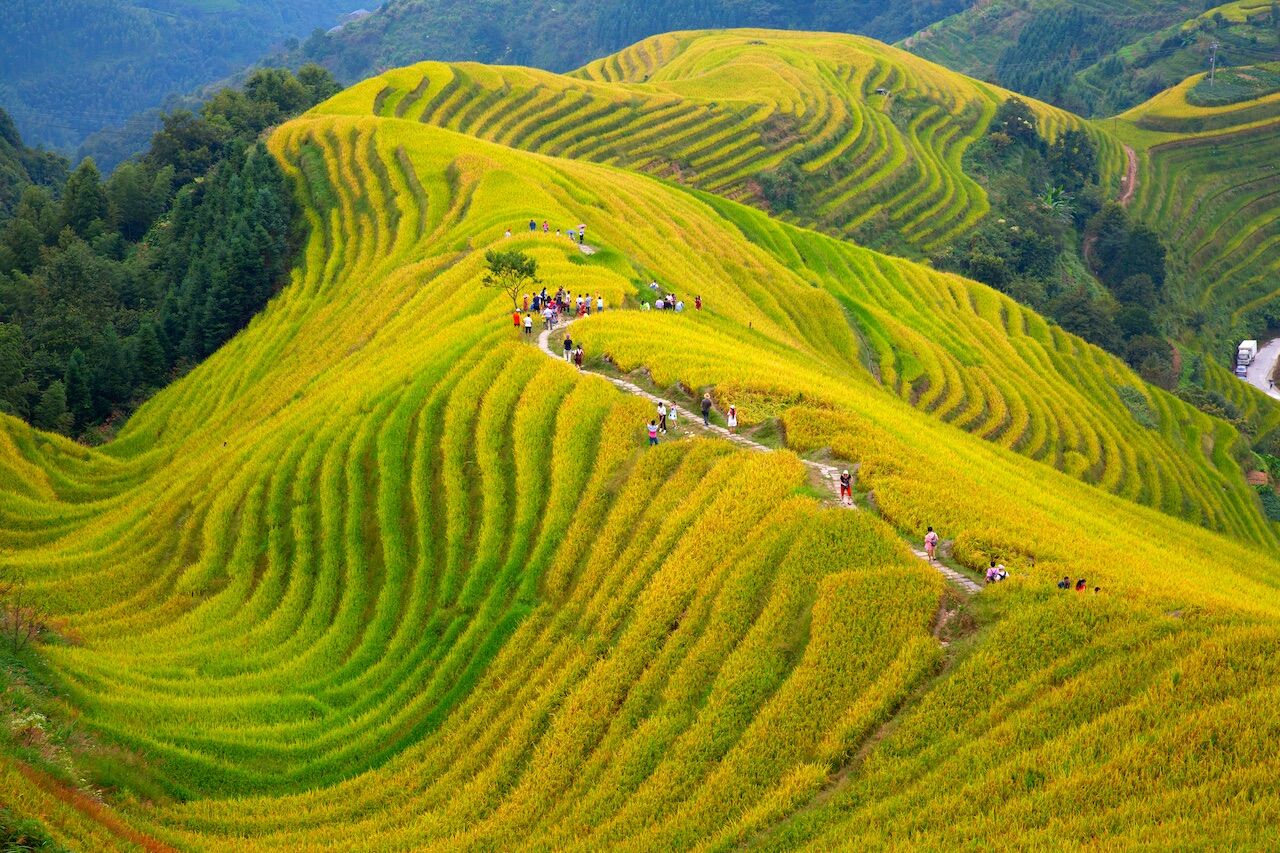 In Longsheng, the Longji (“Dragon’s Backbone”) Rice Terraces were named after the distinctive curvature and rise of the mountain ridge, and the fact that the terraces give the land a scale-like appearance. 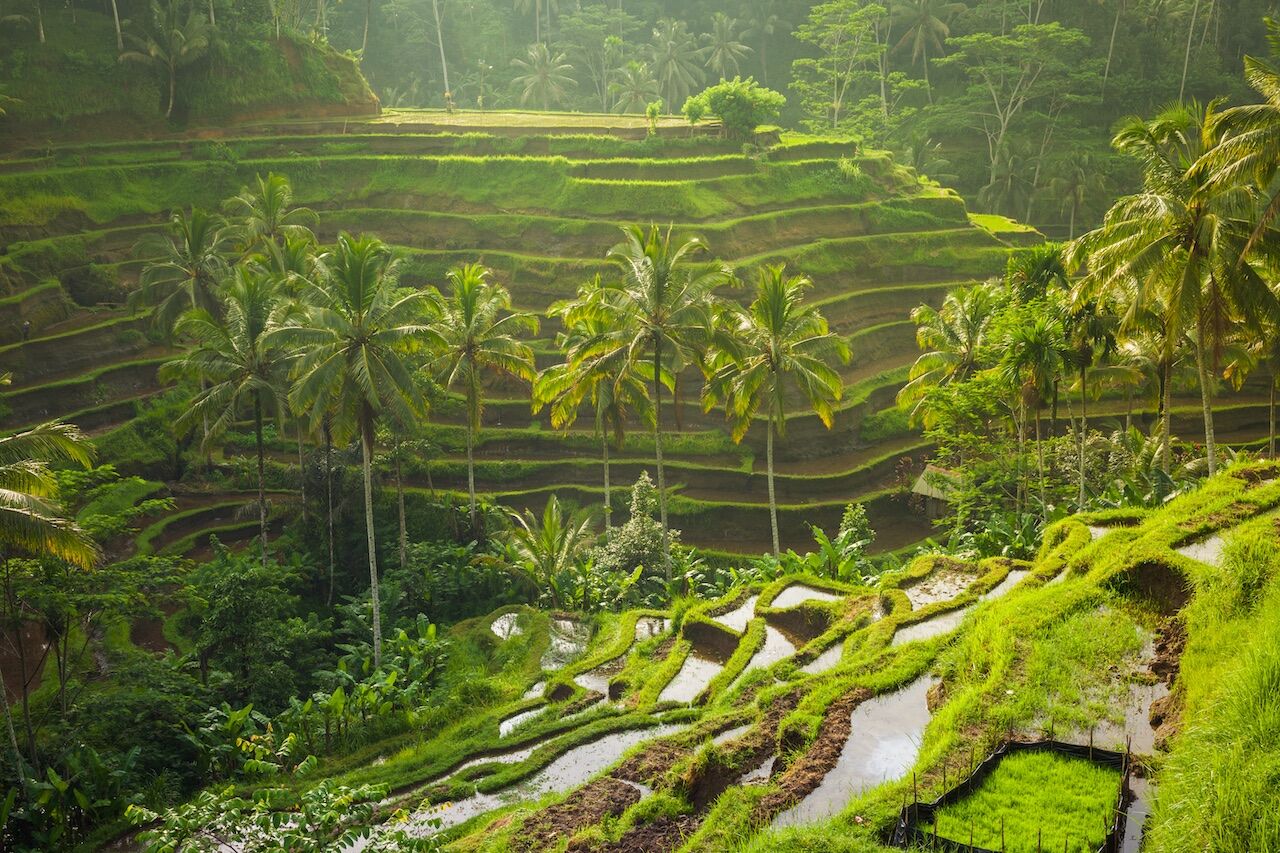 The interior city of Ubud pulls in tourists from the beaches with attractions like yoga retreats, mountain treks, and stacked infinity pools. 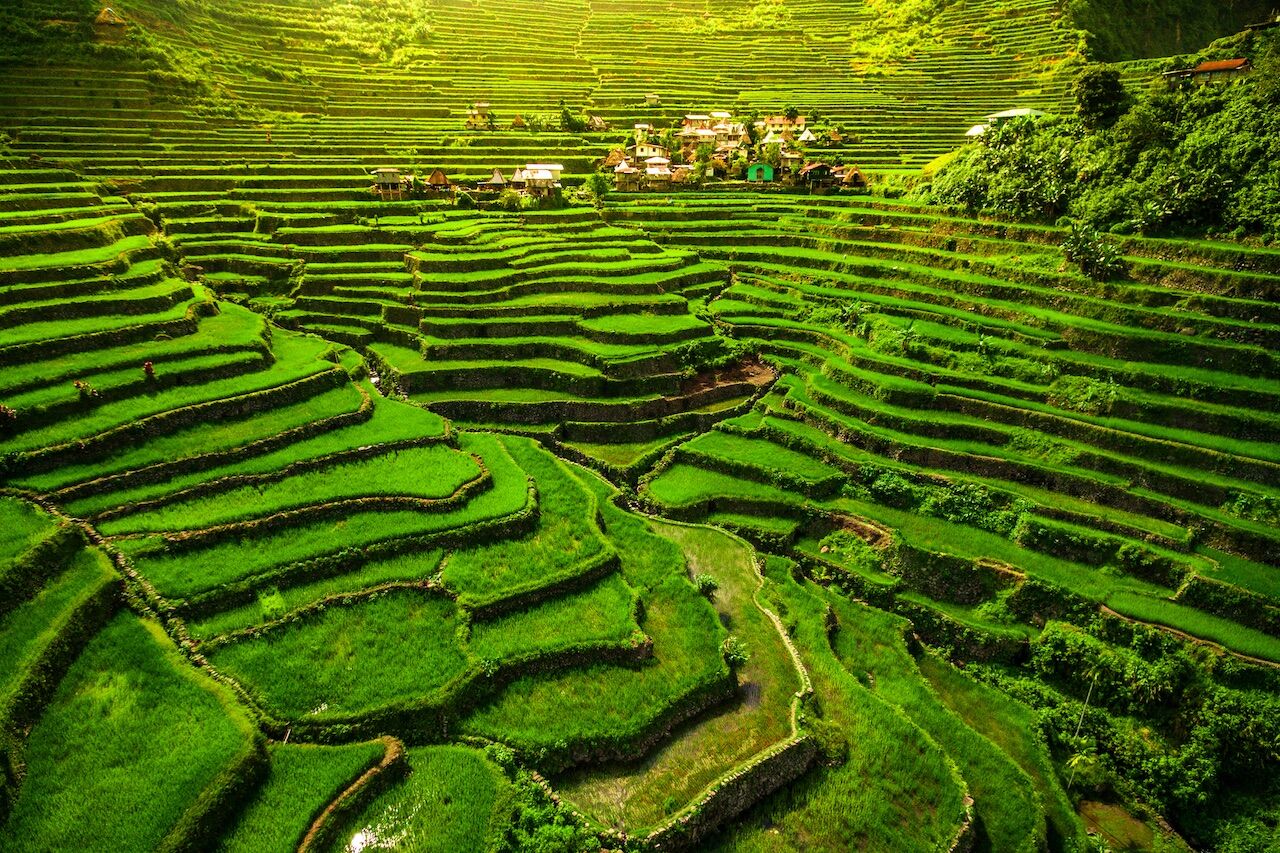 The Filipino province of Ifugao is home to all five rice-terrace sites included in the UNESCO World Heritage ranking. The town of Banaue contains two: Batad and Bangaan. 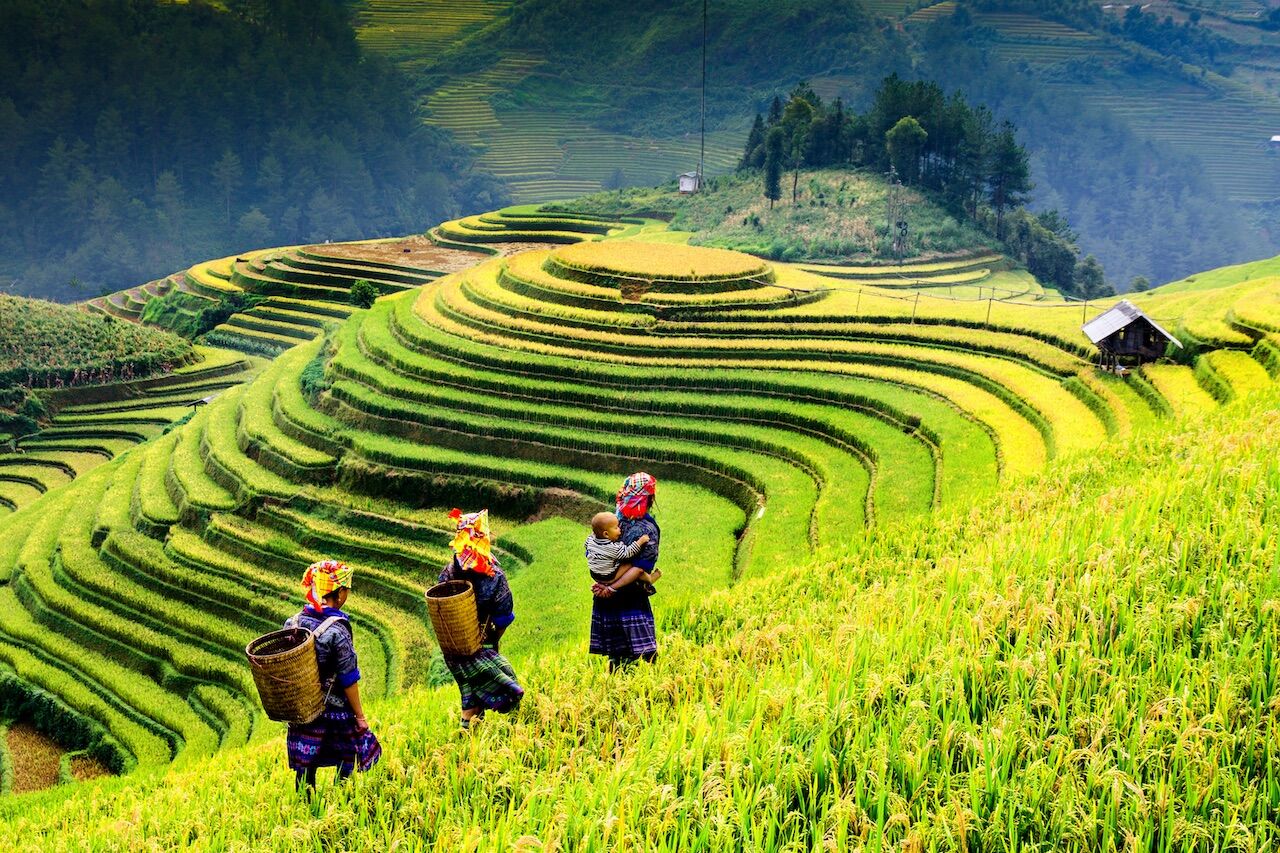 The Hoang Lien Son Mountains of northwestern Vietnam are home to many ethnic minority groups, traditionally isolated from the lowland Vietnamese. 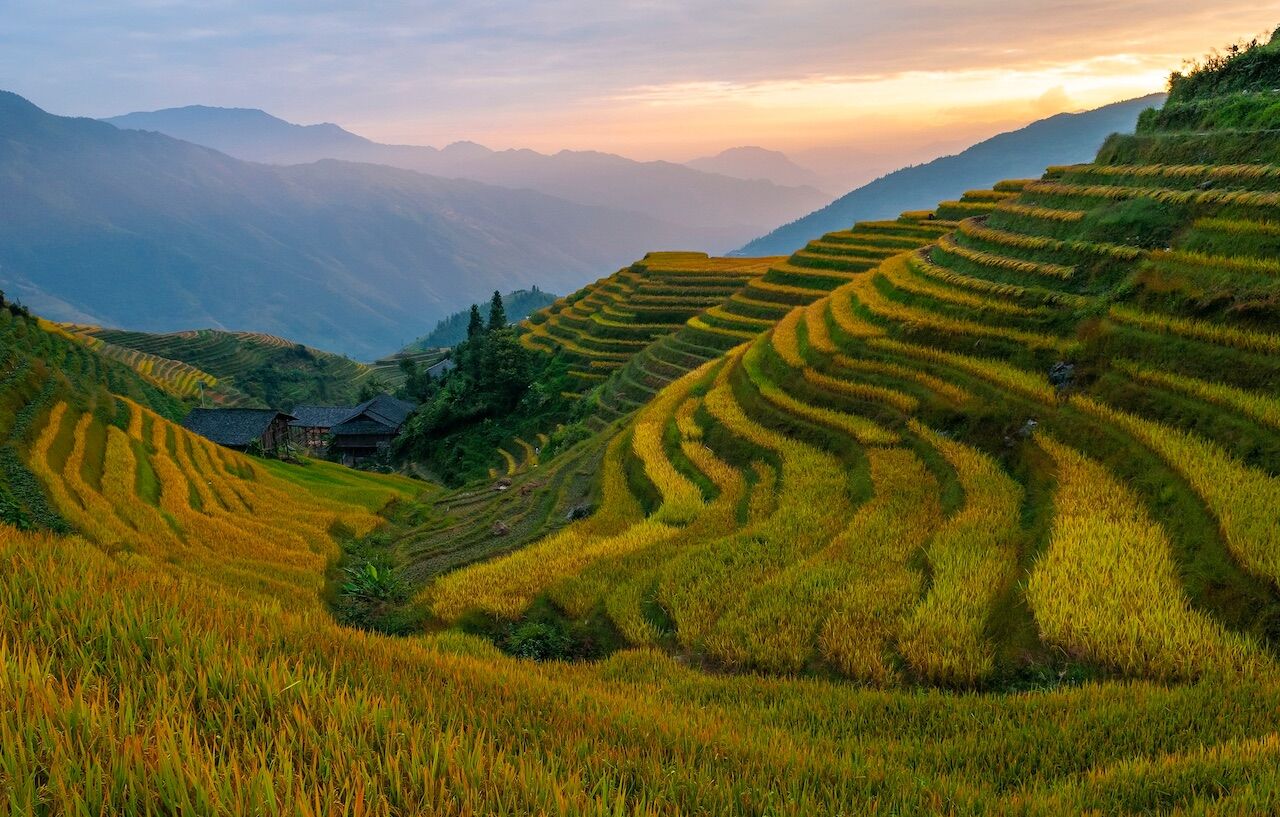 From Wikipedia: “[The terraces] are often considered most beautiful in early June. At this time, water is pumped over the rice paddies and young plants are transferred to the main terraces.” 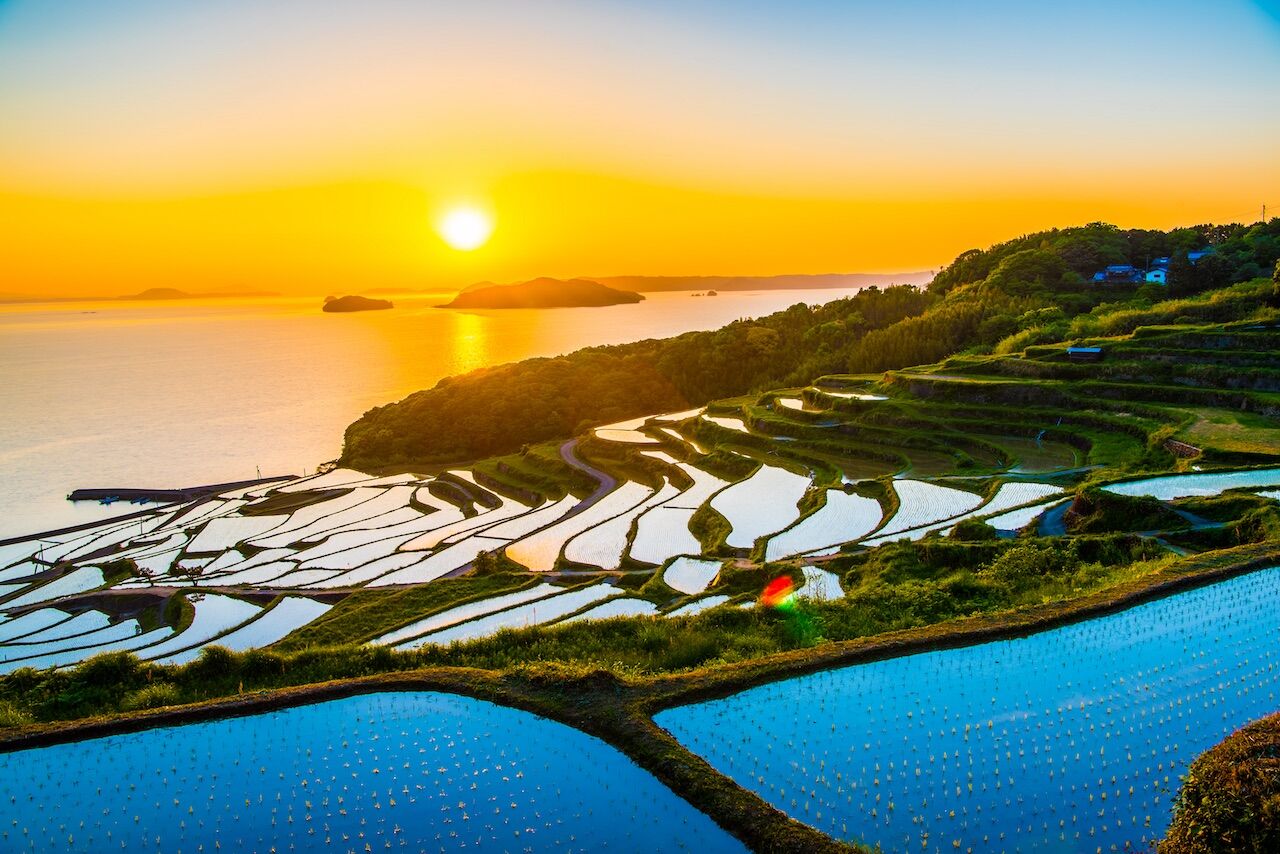 The prefecture of Saga, in northwestern Kyushu, counts 39% of its land area as arable, some of which includes seaside rice terraces like those pictured above. 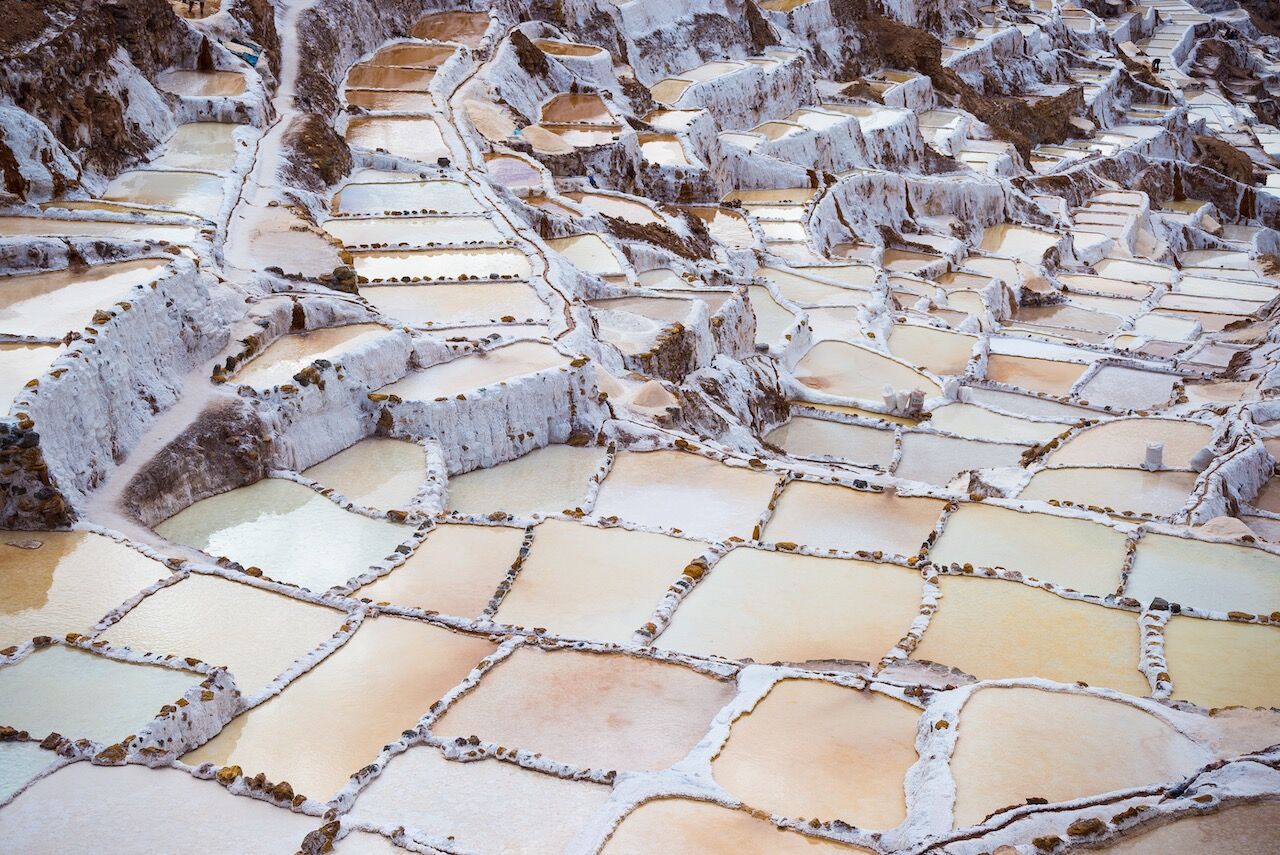 In Maras, in the Sacred Valley, terraces are put to a different use. Since before the time of the Inca, these artificial ponds have been used to collect and evaporate out water from a mineral-rich subterranean stream, leaving behind a valuable commodity: salt. 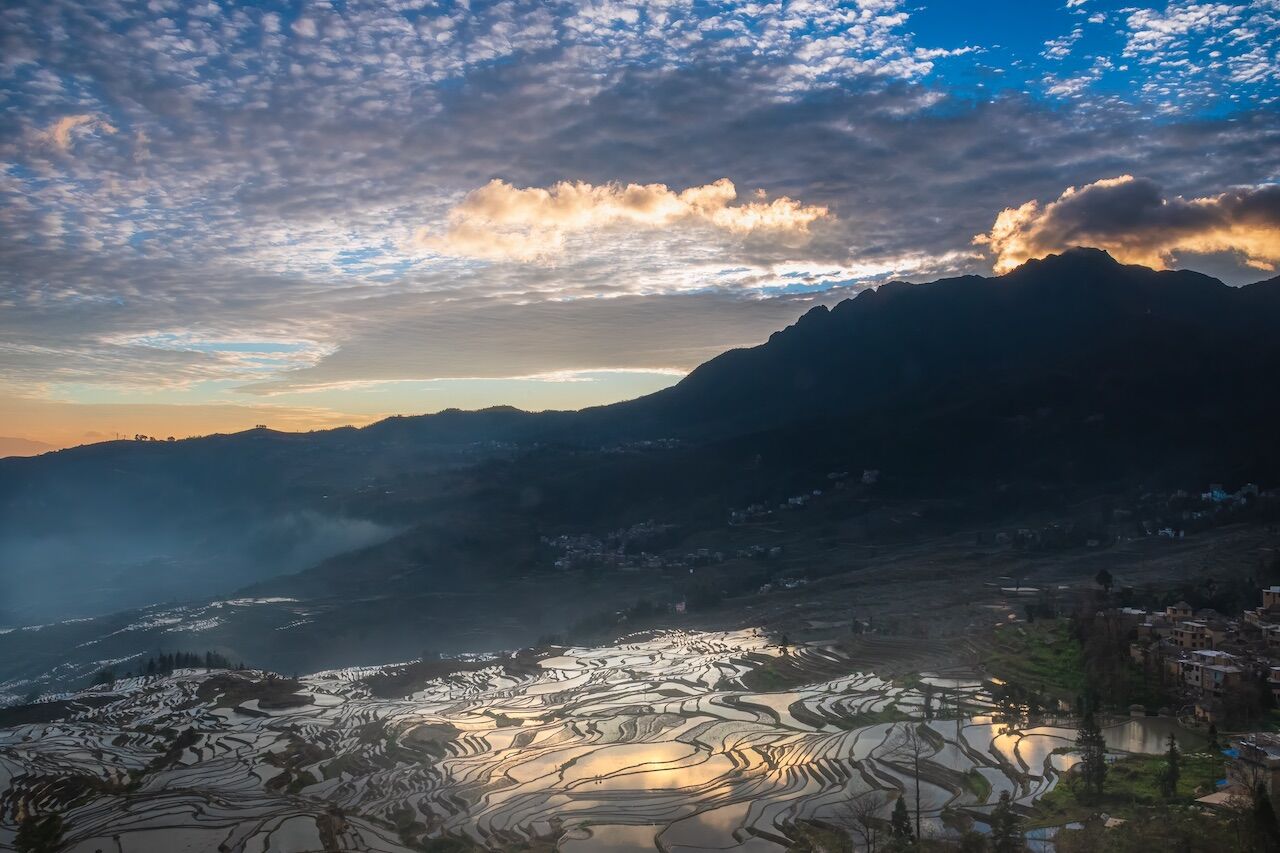 Yuanyang terraces have become something of a tourist attraction, particularly for photographers, but the region as a whole remains largely unvisited by outsiders. 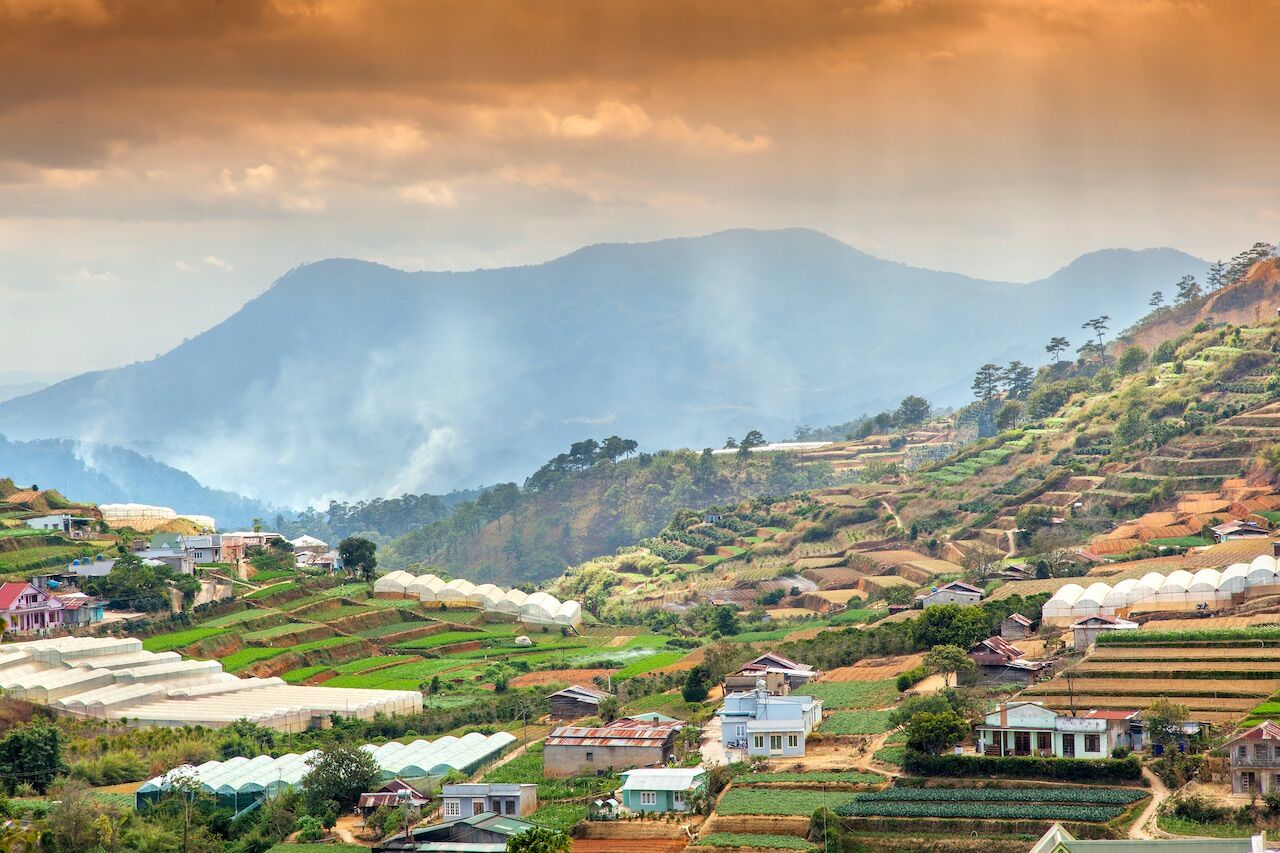 Tagged
Galleries Nepal Peru Madeira Vietnam
What did you think of this story?
Meh
Good
Awesome